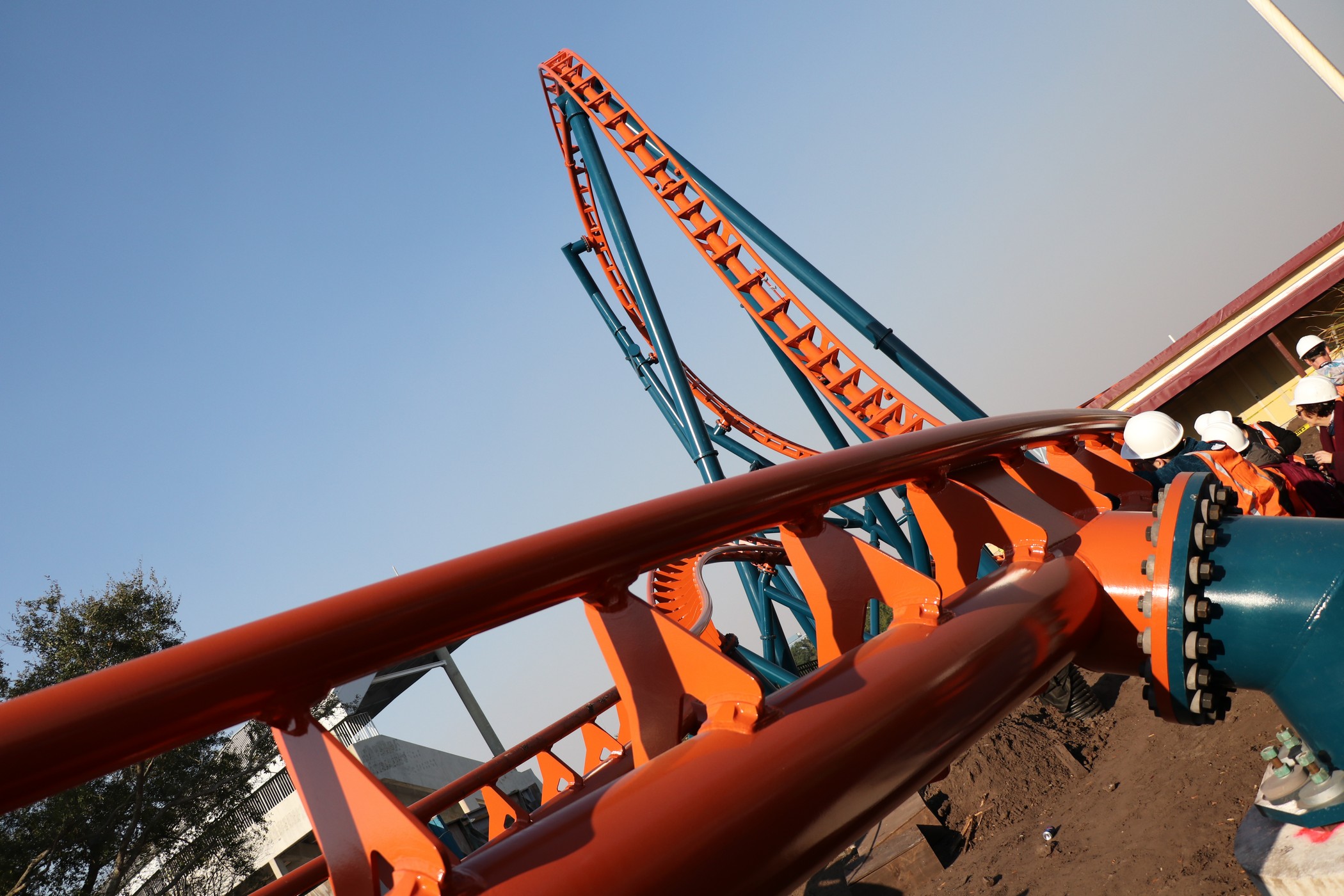 SeaWorld Orlando is in the midst of construction of their new roller coaster, Ice Breaker and invited Inside Universal to come to check out the progress.

Ice Breaker will be SeaWorld Orlando’s first launch coaster, featuring four launches, both backward and forward, and a 93-foot tall spike with a 100-degree angle.

Guests will first launch up the spike, then launch forward halfway up the top hat, before coming back all the way up the 93-foot spike one last time before taking off at 52 mph over the top hat and into the tight turns and banks of the attraction – and Ice Breaker is tight.

Brian Andrelczyk, Vice President of Design and Engineering, addressed the challenges of creating the coaster in such a tight space. They had to start construction from the spike and work their way on through the station and now onto the main ride portion of the coaster. Walking around the site, you could see how close some of the supports come to the track, which Andrelczyk states will add another element of thrill.

The ride should be about 90 seconds from station-to-station. Once a train clears the top hat after the 4th launch, the next train will be dispatched. While no hourly capacity was given, Andrelczyk stated they should move guests through pretty quickly.

The ride still has a little bit to go, with over 1,000 more feet to go to be installed. Ice Break is still slated to open this Spring. Andrelczyk also joked they chose an orange track because they’ve done a lot of blue coasters.

Once opened, the ride will be a part of the new Wild Arctic Plaza. The ride’s theme is reflective of this area with a nod to Ice Breaker’s conservation partner, Alaska SeaLife Center. Primarily dedicated to marine research, education and wildlife response, the Alaska SeaLife Center mission matches closely to SeaWorld Orlando’s. 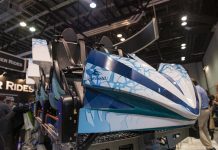 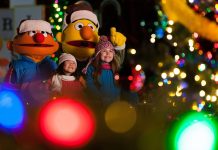