Mario Cafe & Store opened at Universal Studios Japan today for the first time, allowing guests the chance to check out all the new food & drink items and merchandise.

“Mario Cafe & Store” is a restaurant and retail store where guests can enjoy food and goods inspired by the world of Super Nintendo. Mario and Luigi were on hand to celebrate the opening. Inside, much of the decor features familiar iconography from the popular video games; with colorful Mushroom tables, bricks, and Mario & Luigi’s hats. 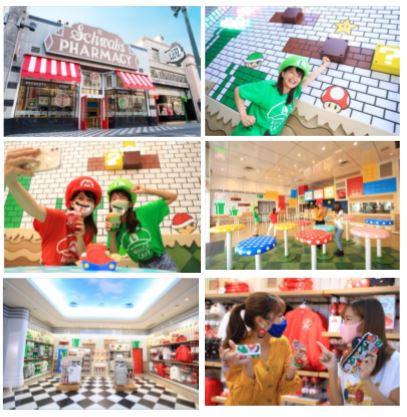 All the food & drink are inspired by the world of Super Mario Bros, including pancake sandwiches and cream soda drinks. You can find out more about the menu here.