We’re still over a year away, but the Halloween Horror Nights hype train for 2021 is underway as Universal Orlando gave us a behind-the-scenes look at one of the houses that will be featured next year, Puppet Theater: Captive Audience.

Puppet Theater: Captive Audience will bring the demented side of puppetry and theater into the spotlight. The house takes place in a turn-of-the-century San Francisco theater, where an earthquake traps an Eastern European puppet troupe and ballet company inside – where they go mad and start turning victims into puppets. 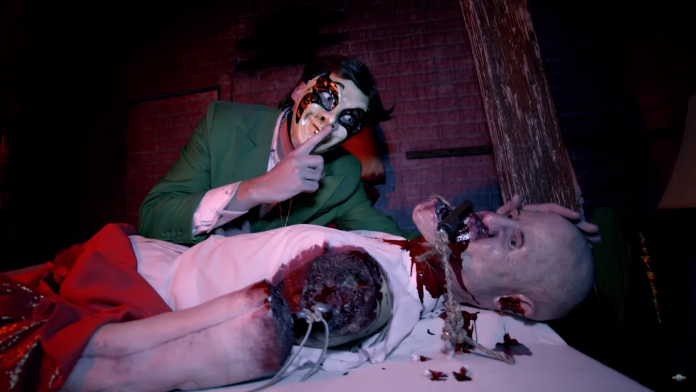 Award-winning Executive Producer Greg Nicotero joins Mike Aiello, Universal Orlando’s Senior Director of Creative Development, and Charles Gray, Senior Show Director, on a behind-the-scenes tour where the trio discusses the house and what it takes to bring the horrifying immersion of the world’s premier Halloween event to life, from special effects to the art of scaring and more.

Halloween Horror Nights was set to celebrate its 30th year this year before being cancelled due to precautions of the ongoing pandemic. Currently, the resort is offering “Fall and Halloween Activities” that includes 2 haunted houses that were originally going to be featured in this year’s event – Bride of Frankenstein Lives! and Revenge of the Tooth Fairy.

No dates have been announced for next year’s event. Aiello states Universal is in “preparations to being the best Halloween Horror Nights we’ve ever seen for 2021.”

Guests can start planning their fall 2021 visit by visiting www.universalorlando.com.