After a brief 3-month refurbishment, Bruce the shark has returned home, bringing the popular JAWS photo op back to San Francisco at Universal Studios Florida. 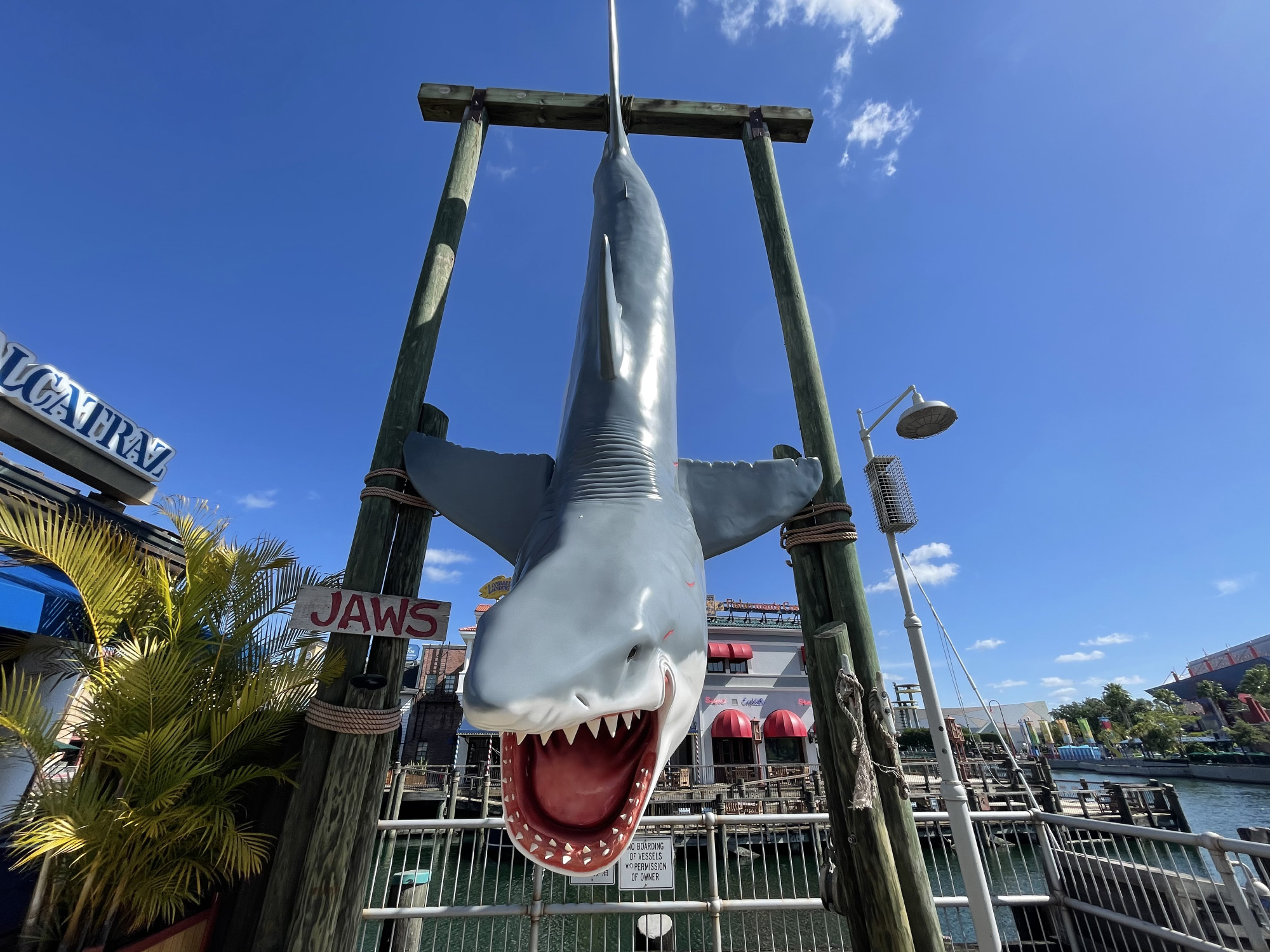 The photo-op has become a fan favorite, as it’s one of the last notable vestiges of the shark and the film at the Resort. It was originally located at the entrance of the beloved JAWS attraction, which closed in 2012 to make way for the Wizarding World of Harry Potter – Diagon Alley. Since then, it has made San Francisco its home.

The shark’s nickname, Bruce, is in reference to what the JAWS film crew called the prop sharks used during the production of the blockbuster 1975 film.

The photo op still has some minor work left, as the rope that “hangs” the shark has yet to be added; but the shark, for all intents and purposes, is back!