Jurassic World reopened at Universal Studios Hollywood during the Taste of Universal event, offering guests its first look at some of the newly-updates scenes, including the new finale featuring the incredible Indominus Rex animatronic.

Predator Cove also received a massive reworking – ditching the pterodactyl corpses and now featuring a destroyed Gyrosphere vehicle, and the return of the Compies playing tug-of-war with a hat. Some of the video shown was updated highlighting the escape of the I-Rex, who also now appears right before the lift hill. 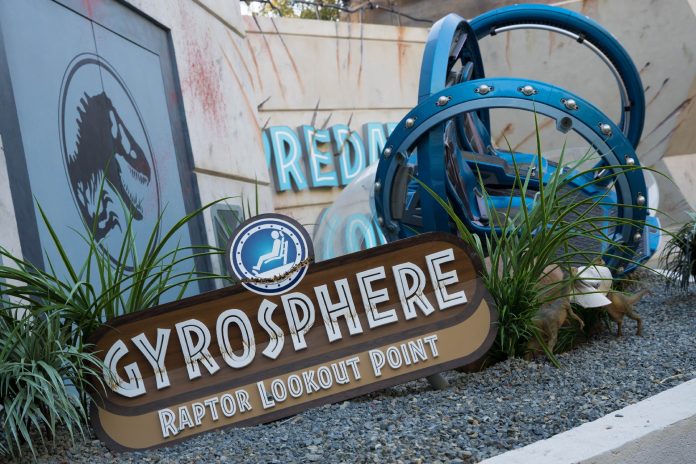 The big change was the finale, specifically right before the drop, which features a truly impressive Indominus animatronic. Universal states that the fully-articulated lifelike Indominus spans nearly 55 feet horizontally from head to tail and over 22 feet vertically, amplified by the fluidity of her motions and synchronized movements that deliver an unprecedented level of authenticity.

From the subtle blinking of her eyes, the flexing of her arms and claws, and clenching of her jaw as she bears her razor-sharp teeth…

The Indominus now comes marching out of the shadows as the boat approaches, roaring with might. As the boat inches closer, the infamous Tyrannosaurus Rex appears to engage in a fight with the I-Rex, who has shifted focus away from the boat. Guests continue to float under the two battling as the boat finally makes its way down the waterfall.

Stay tuned to Inside Universal for all the latest on Jurassic World and Universal Parks & Resorts.