Welcome to part two of our behind-the-scenes preview of Halloween Horror Nights! Here, we’ll take a look at Universal Monsters: The Bride of Frankenstein Lives – which we’ll refer to as “The Bride of Frankenstein Lives” for short – though you can also check out part one here, where we preview The Haunting of Hill House. Once again, there will be minor spoilers ahead. 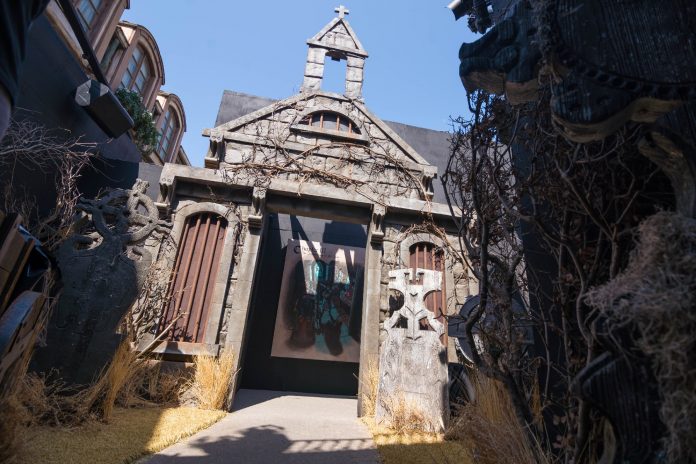 For those who may be unaware, both the 1935 film and the 2018 Universal Monsters maze concluded with Frankenstein’s Monster exploding the laboratory with both him and the Bride inside, leaving the Bride badly burnt and the Monster in pieces, as later seen in the laboratory scene in the Frankenstein Meets the Wolf Man maze. Though the Bride once feared the Monster because she was overwhelmed by the affection he offered her when she was initially brought to life, she now looks back at the dying Monster as the only one who ever showed her kindness. Thus, she is willing to do whatever it takes to save him, even if that means tackling Dracula’s undead brides herself to steal and study their immortal blood for experimentation. 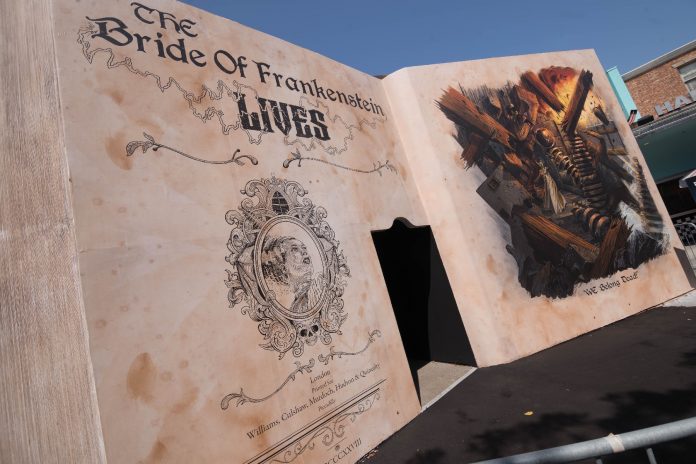 The maze is organized like a storybook, where guests enter a giant book facade flipped open to the title page – “The Bride of Frankenstein Lives” – and immediately picks up where the Monster exploded the laboratory as he shrieked, “We Belong Dead!” From then on, periodically throughout the maze, guests pass by numerous other detailed chapters from this story and then watch them come to life in the larger-than-life show scenes, beginning with the Bride dragging the Monster’s body out of the rubble from the explosion and ranging all the way to her heavily detailed laboratory. 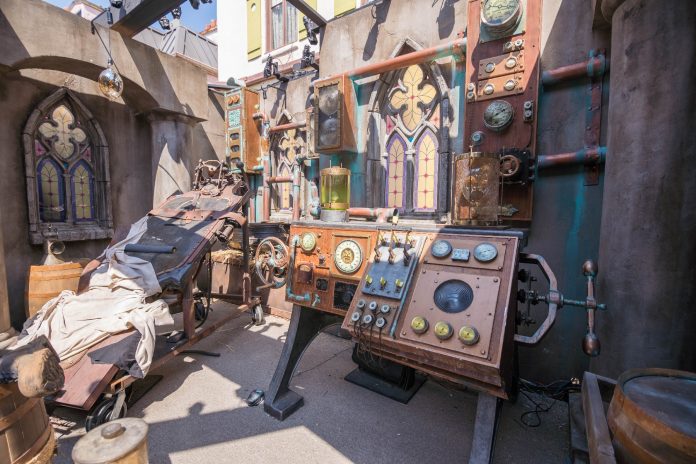 Though The Bride of Frankenstein Lives does not begin in Universal Plaza like the 2018 Universal Monsters maze did, it does extend into the Silver Scream Queenz scare zone immediately following the finale of the maze, where some of the lesser-credited classic female monsters take the spotlight in place of their male counterparts. 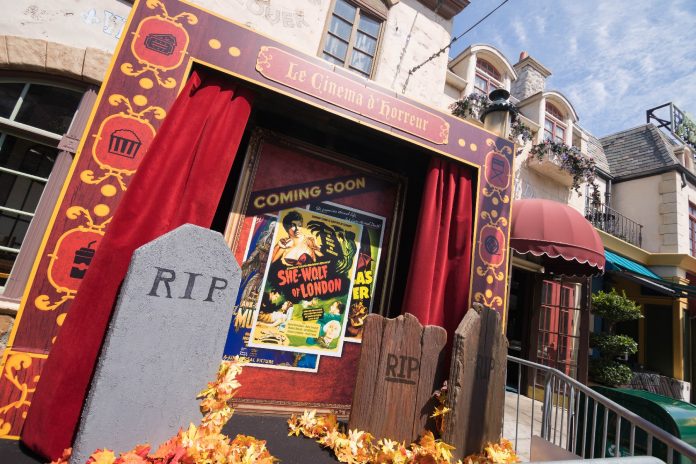 Overall, The Bride of Frankenstein Lives appears to be another strong headliner at this year’s event that is sure to captivate guests with its beautiful, chilling score and story right from the start.