Yesterday morning, Inside Universal was graciously invited for a behind-the-scenes tour of some of the mazes featured at this year’s Halloween Horror Nights: The Haunting of Hill House and Universal Monsters: The Bride of Frankenstein Lives. In the first of our two-part behind-the-scenes preview, we will take a look at The Haunting of Hill House. Beware that there may be some minor spoilers ahead.

The Haunting of Hill House maze is based off of the popular Netflix horror drama television series of the same name, which centers around a family who experiences and later struggles to cope with traumatic paranormal happenings within a mansion referred to as Hill House. The plot of the show continuously alternates between two timelines – the past and the present – to convey the tragic story of the Crain family and the haunting events of Hill House that have tainted their lives. 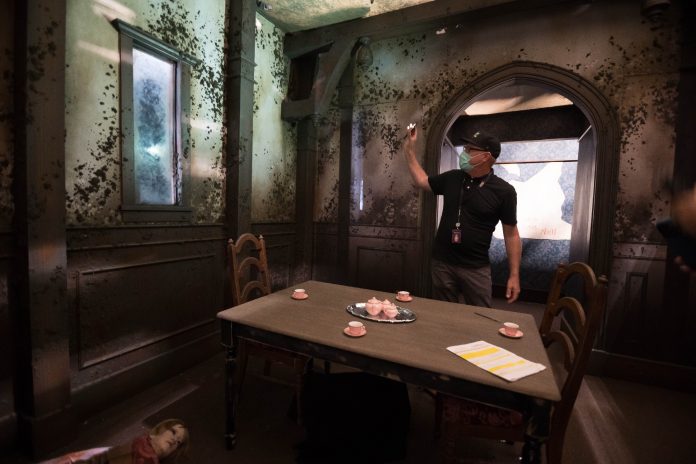 Guests enter through a simple black facade donning the logo for the TV show before finding themselves completely engulfed within the elegant design of the Hill House mansion, including detailed towering walls made to be exact replicas of the unique design featured in the show. Here, a mixture of audio and lighting cues – including dogs barking – will soon introduce all to the infamous Bent-Neck Lady, brought to existence both through static figures and the use of an elaborate costume that allows its wearer to remain in a more ergonomic-friendly posture while still appearing to have a severely broken neck as the character is known for. As explained by Halloween Horror Nights Creative Director John Murdy, this is accomplished through the actor wearing a “ninja suit” that seamlessly blends in with the wall behind it when illuminated through the scrim, leaving only the head and body of the Bent-Neck Lady herself visible to guests’ eyes. 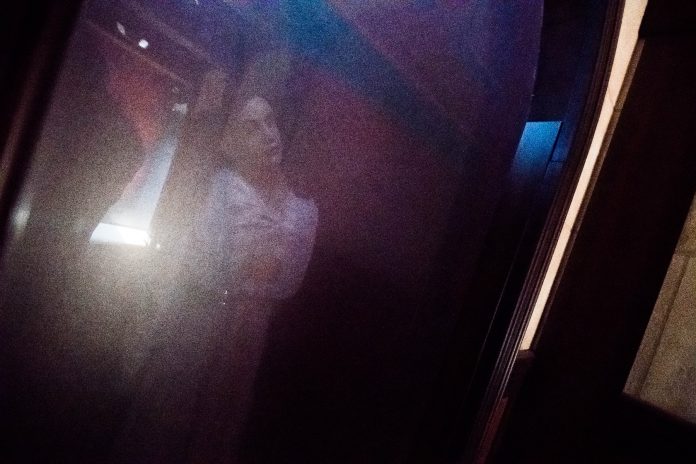 Without giving away too many other specific details, Murdy ultimately stated that the greatest challenge of working with this property was “trying to take this enormous [Hill] house and convert it into an experience for a maze at Halloween Horror Nights”, as well as believably bringing some of the mansion’s most recognizable ghostly residents – such as the Bent-Neck Lady – to life in a feasible manner for actors to perform like mentioned above. Thus, rather than beginning in an aggressively in-your-face manner, The Haunting of Hill House maze mirrors its source content by it too being a relatively slow burn compared to many of the other offerings at the event. 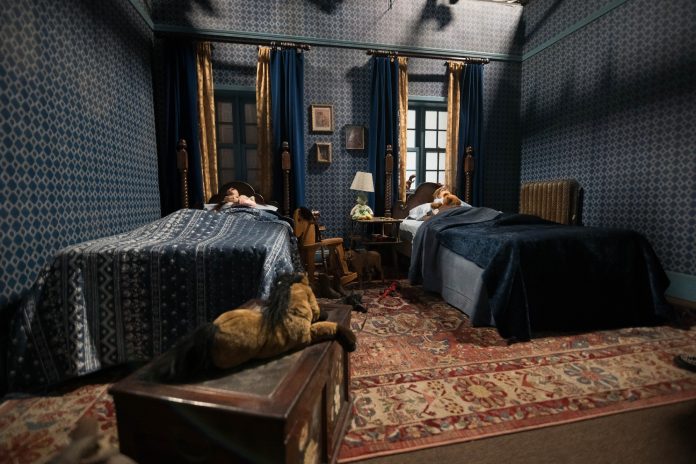 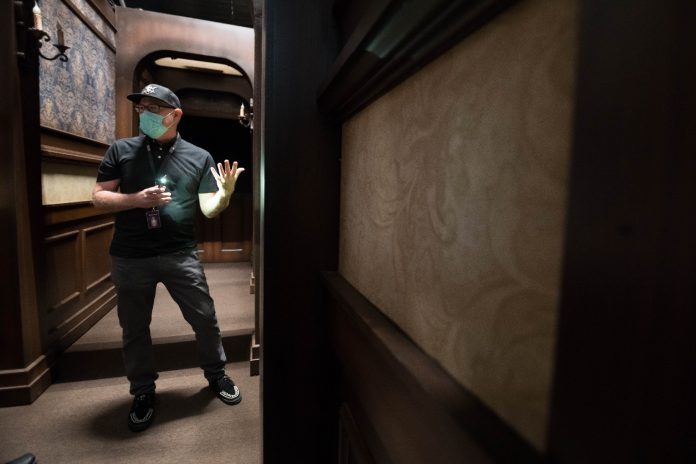 Each turn down a new hallway reveals new horrors for guests to behold, along with additional screen-accurate details fans of the show will surely recognize, including the ornate blue and white wallpaper and wooden wall design of the mansion’s manor, as well as lanterns and chandeliers lining the paths. Clever uses of scrim and flickering lighting make certain walls appear to fade in and out, revealing actors portraying other paranormal figures lingering around between the walls as they carefully select their next victims to pick on. This disappearing room illusion also aims to replicate, within the limits of a practical setting, the show’s seamless transitions between the past and present events occurring at Hill House, making it so that the turn of a corner or fade of a wall may signal a timeline switch in a subtle way. 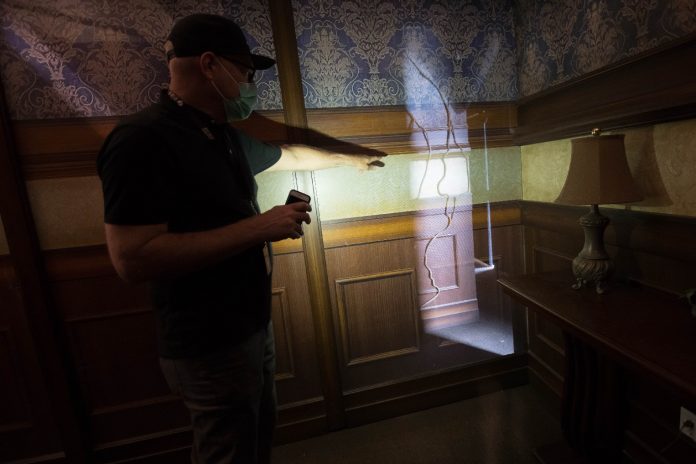 Though limited by the restrictions of its venue being an outside tent, The Haunting of Hill House nevertheless translates the scale and scope of the two-story Hill House mansion believably for the event, both in our opinion and that of the director of the show himself, Mike Flanagan, who recently visited the maze and remarked that “it felt like [he] was stepping back onto the set of the show”. Between the attention to detail in the sets and décor and the promise of several of the TV show’s iconic dead inhabitants – including the Tall Man, the Bent-Neck Lady, and the Ghost in the Basement – finding sneaky ways to haunt guests just the same as they haunted the Crain family, The Haunting of Hill House is sure to be a showstopper at this year’s event. 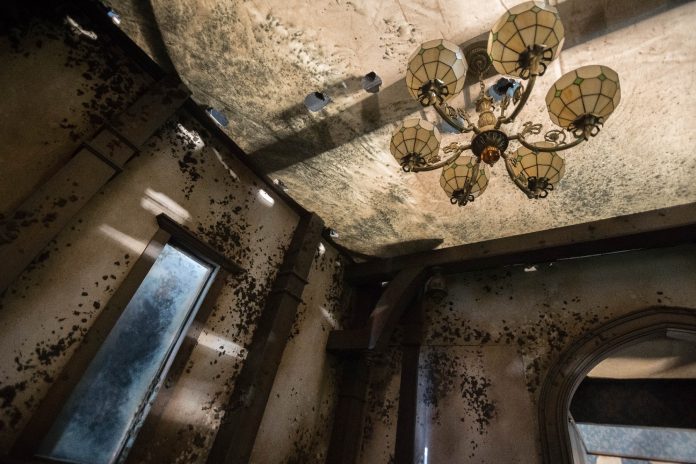 For part two of our behind-the-scenes look at Halloween Horror Nights 2021, where we preview Universal Monsters: The Bride of Frankenstein Lives, you can check it out here.