The most wonderful time of the year has gotten better as Universal Orlando has debuted an Earl the Squirrel walkaround character to meet guests at the park.

Inspired by the actual tale of a mischievous squirrel who scurried into the theme park’s holiday décor years ago, Earl will officially be available for meet and greets on select days beginning Saturday, December 11 in Universal Studios Florida. 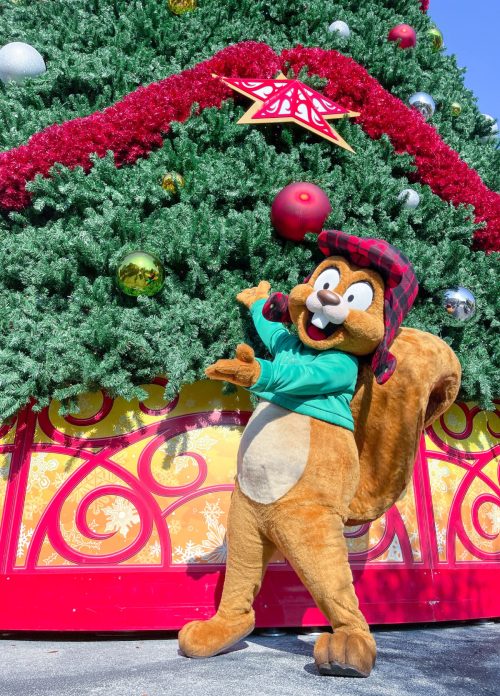 Earl’s origin began more than a decade ago, when Universal Orlando’s Entertainment team discovered a squirrel nestled in the branches of its iconic Christmas tree. Surprisingly, the squirrel had an affinity for blue Christmas lights, often stealing strands and bringing them back to his nest. Over the years, Universal has paid homage to this remarkable incident by placing a lifelike squirrel in the Christmas tree for guests to discover and creating merchandise inspired by its fuzzy friend.

And now, guests can encounter Earl the Squirrel as an actual walkaround character this holiday season. Earl will be available for meet and greets on select days from December 11 through January 2 at Universal Studios Florida. While in the theme park, guests can also enjoy a new assortment of Earl the Squirrel merchandise within a dedicated room in this year’s Holiday Tribute Store – Earl the Squirrel’s Christmas Curios Museum & Emporium.

In addition to celebrating the holidays with Earl, guests can rip open a holiday gift of nonstop awesome where they can join the celebration of Christmas in The Wizarding World of Harry Potter, meet the maven of mischief himself, the Grinch, during Grinchmas, and experience the larger-than-life return of Universal’s Holiday Parade featuring Macy’s now through January 2. For more information about the Holidays at Universal Orlando Resort, visit UniversalOrlando.com/holidays.