Last week, Inside Universal was invited out by Universal Studios Hollywood to get a behind-the-scenes early peek at some of the haunted houses that will be featured at this year’s Halloween Horror Nights.

In the first of our two-part behind-the-scenes preview, we will take a look at The Horrors of Blumhouse, featuring the films, Freaky and The Black Phone.

Be warned! There will be minor spoilers ahead.

This is the 3rd time though that the Horrors of Blumhouse will be featured as a haunted house, with previous installments featuring The Purge, Happy Death Day, Sinister, and other Blumhouse properties. 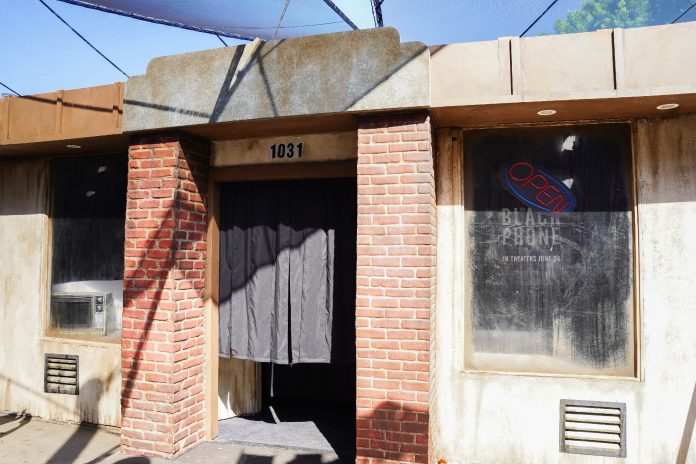 As we approach the entrance facade of The Horrors of Blumhouse, we see an abandoned video store, which is different than the movie theater facade used in the first 2 haunts.

Murdy states, “The reason we changed it this year was the location”, as the entrance is located in the WaterWorld queue. There were several creative decisions behind the video store choice, but most notably; “the big permanent shade structure didn’t allow us to build the facade we’ve built before,” says Murdy.

The facade wasn’t complete during our tour, as graffiti, trash, and window dressings will be added before the event’s opening. The video store’s sign, or “Blumhouse Video, your Horror Movie HQ!”, will have its sign lit up with a black light, to give the look of a “hellish, neon looking sign”, so it will have a completely different ambiance when night falls.

“The idea with the video store is that it’s pretty much like a portal to hell; once you step through into the video store, you’re in the world of these two particular movies,” Murdy said. 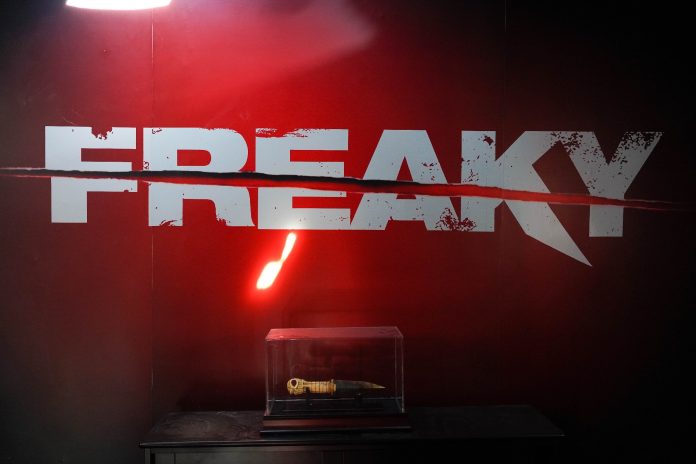 As we walk through the store, we enter the world of Freaky. We are greeted by the La Dola Dagger, which is the cursed artifact that causes the body switch for Millie, the film’s protagonist, and The Blissfield Butcher.

Murdy explains there were some challenges trying to convey the plot of the film in the setting of a haunted house, especially without a lot of dialogue; so they tried to visually explain as best as possible.

The house does feature a lot of the film’s notable kills, including the memorable table saw kill, which took some mechanical engineering to make an impressive practical effect. It was an effort to step up the event after the difficulties of the past few years.

Murdy explained, “In 2020, we had a whole event. Some of it was built, and then it was canceled”, and there was a lot of uncertainty going into 2021. 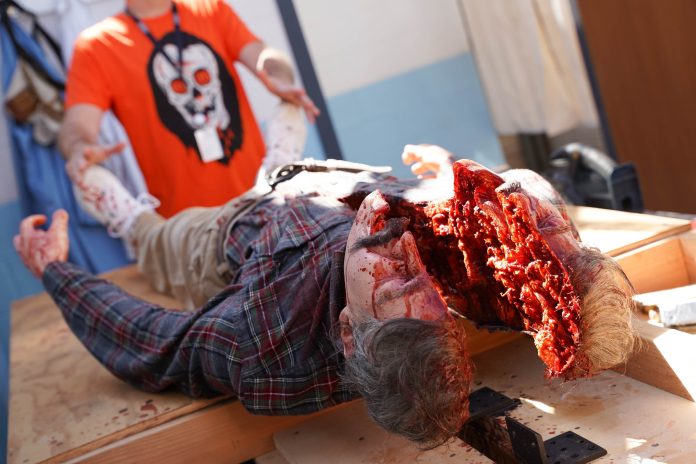 As we transition to The Black Phone, the title card welcomes guests with a scare of The Grabber, the film’s antagonist, before you enter his house. 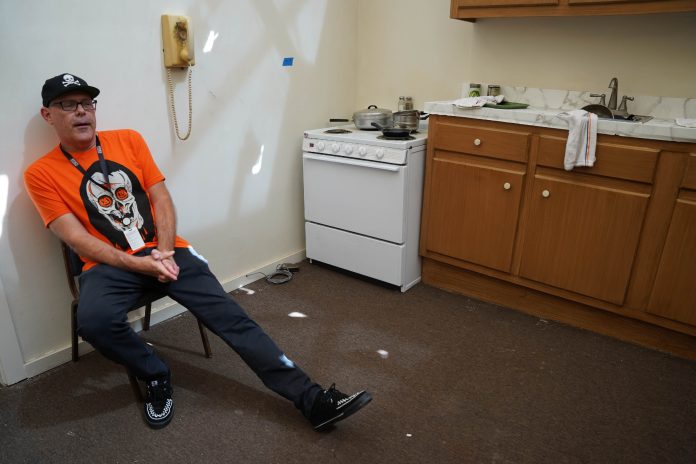 Guests will make their way through the living room and into the kitchen before they descend into the basement as the maze reaches its climatic finale.

Despite the film being primarily set in one location, Murdy stated it was easier to design the haunt for that same reason. In addition, Murdy thought the different versions of The Grabber’s mask was such a neat concept that he wanted to capitalize on it inside the maze.

“Every time you see The Grabber, he has a different mask on”, says Murdy. 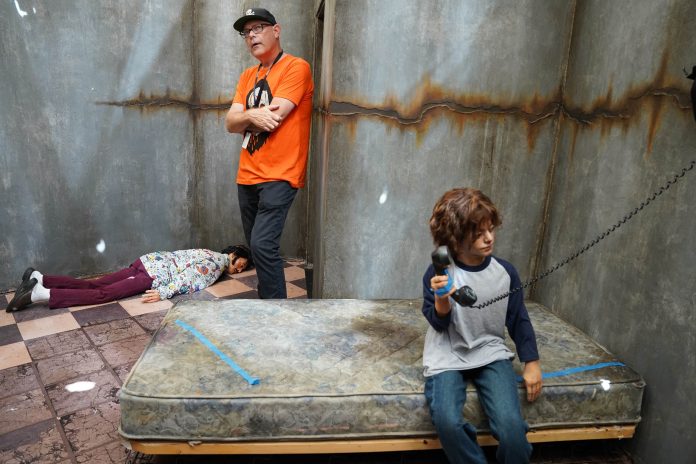