Universal City, California – Infusion Lounge, the world-class dance club and “ultra lounge” that has been entertaining sell-out crowds since first opening in San Francisco just two years ago, will open its second location at Universal CityWalk in Spring 2011.

Announcement of the major new addition to CityWalk’s entertainment mix was made by Chris Rosas, CEO and President of C-Two Group, the parent company of Infusion Lounge, and Larry Kurzweil, President of Universal Studios Hollywood.

The new Infusion Lounge on CityWalk will feature opulent decor, expansive dance floors, top DJs, and state-of-the-art lighting and sound systems within nearly 9,000 feet of entertainment space. In addition, this new Infusion Lounge location will offer the signature VIP memberships and premier bottle service that have made San Francisco’s Infusion Lounge one of the West Coast’s most popular and successful clubs, prompting Conde Nast Traveler Magazine to name it one of the “World’s Hottest New Nightclubs.”

Larry Kurzweil said: “The addition of the Infusion Lounge, with its powerful appeal to cutting-edge club-goers, is a perfect fit for CityWalk and is a great addition to the mix of world-class attractions here in the Entertainment Capital of L.A.”

“Infusion Lounge will set a new standard for upscale nightlife in Los Angeles,” said Chris Rosas. “With its luxurious ambiance, dramatic design and 5-star service, we intend to create an unparalleled experience for our guests, making Infusion Lounge at Universal CityWalk a must-see entertainment destination for hip local dancers, urbane young professionals and Universal’s international visitors. We are very proud and excited to bring Infusion Lounge to Los Angeles and partner with Universal, one of the world’s most innovative and respected entertainment brands,” said Rosas.

Born and raised in Southern California, Chris Rosas began his career in television entertainment in Hollywood and has built his company around his closely-knit Latino family’s values, naming the firm, the C-Two Group, for his late mother, Catherine Cecilia Rosas. The company operates a hotel division under the C-Two Hotels banner with boutique hotels in the San Francisco area and an entertainment division, C-Two Entertainment, which operates the original Infusion Lounge in San Francisco as well as the new club on CityWalk.

C-Two Group (www.ctwogroup.com) is a privately held company headquartered in San Francisco that includes C-Two Entertainment and C-Two Hotels, and is the Managing Partner of Infusion Lounge.

Southern California’s top entertainment, dining and shopping attraction, Universal CityWalk is a dynamic entertainment, dining and retail promenade that reflects the area’s rich cultural diversity and has served as a prototype for the contemporary entertainment-retail destination. The iconic open-air leisure and nightlife complex offer’s L.A.’s best movie-going experience and features a lively mix of dining choices, a collection of contemporary retail favorites, the Telemundo and Mun 2 network offices and production facilities and an exciting range of entertainment choices including mechanical bull-riding, iFly Indoor Skydiving and a variety of live music venues that help define it as “Always Unexpected.” 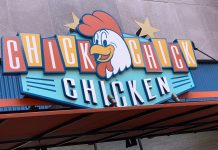 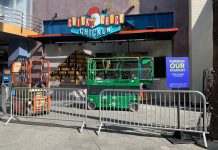