Still don’t have any plans for the 4th of July this weekend? Universal and Trey Songz has you covered.
Universal Orlando Resort’s Summer Concert Series continues this weekend with the smooth R&B sounds of Trey Songz performing live at Universal Studios Florida on Saturday, July 2. With more than two million albums sold in the U.S., Trey Songz has written and performed smash hits like “Can’t Be Friends,” “Love Faces” and the multi-platinum single, “Bottoms Up” featuring Nicki Minaj. BET chronicled his musical career in 2010 in a widely popular, 10-part docu-series titled, “Trey Songz: My Moment,” which gave fans insight into his headlining music tour and the development of his fourth studio album. Named BET’s “Best Male R&B Artist” in 2010, Trey Songz has also collaborated with other chart-topping hip hop artists like Diddy-Dirty Money, Mary J. Blige and Drake.

With a combined total of 30 platinum albums, this year’s concert lineup features artists who have each led the U.S. music charts and continue to be some of the most popular names in music today. The celebration features the most dynamic musical lineup in the event’s history with chart-topping recording artists taking center stage every Saturday night through July 16. The full lineup can be viewed below. 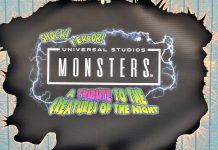