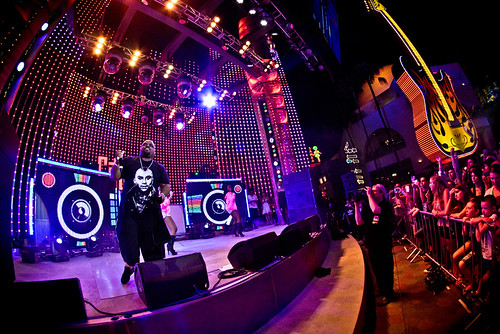 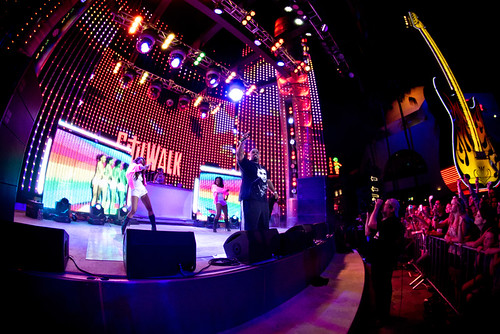 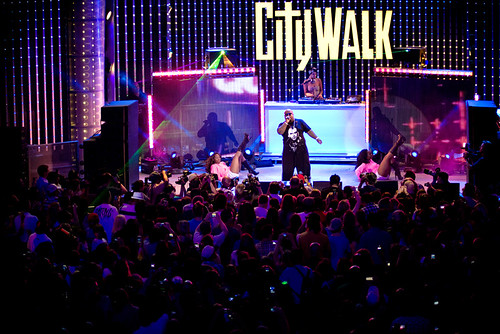 The debut of “5 Towers” marks Universal CityWalk’s most ambitious expansion in over a decade. The interactive “5 Towers” concert arena features a new technologically advanced staging system equipped with thousands of LED fixtures, motion capture sensory, five soaring 42-foot light tower sculptures, a massive video monitor and a cutting-edge audio system. The elaborate stage serves as the structural and artistic centerpiece of the “5 Towers” visually aesthetic outdoor concert venue.
“Plugged In” performances kick off on Friday nights from 7:00 – 10:00 p.m. and will feature 98.7FM’s new “Close to Home” music showcase, highlighting a collection of the stations top picks of L.A.’s most promising local bands. “Close to Home” performances begin on July 8 and continue July 15, 22, 29; August 5, 12.

“Plugged In” on Sunday nights will heat up with Latin appeal as “Descarga en CityWalk con Telemundo y mun2” (Jam on CityWalk with Telemundo and mun2), grooves to the smooth sounds of Cumbia, Reggaeton, Pop, Urban, Alternative and Regional Mexican. This family-friendly, televised event will also feature signings by popular “telenovela” stars plus contests and giveaways. Event dates are July 10, 17, 24, 31 and August 7, 14, 21, 28 from 6:30-8:30 p.m.

More information on CityWalk’s “Plugged In” concert including the full concert calendar is available at www.CityWalkHollywood.com. Regular updates on CityWalk, including “Plugged In” artist announcements and “5 Towers” concert arena developments, can also be found on Twitter @CityWalkLA and Facebook-Universal CityWalk Hollywood.