November 23, 2012 – Guten tag! Jon here, and I’m back with another update from Universal Studios Singapore – this time covering “Ancient Egypt”, home to Treasure Hunters and Revenge of the Mummy. 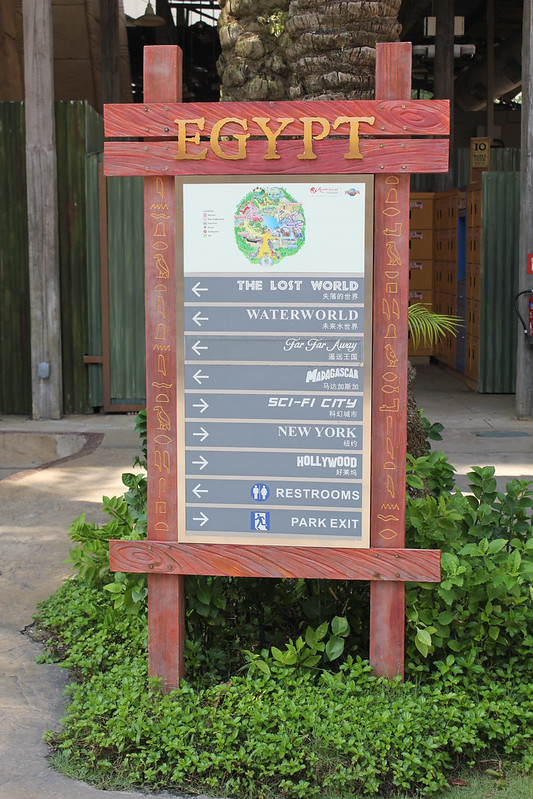 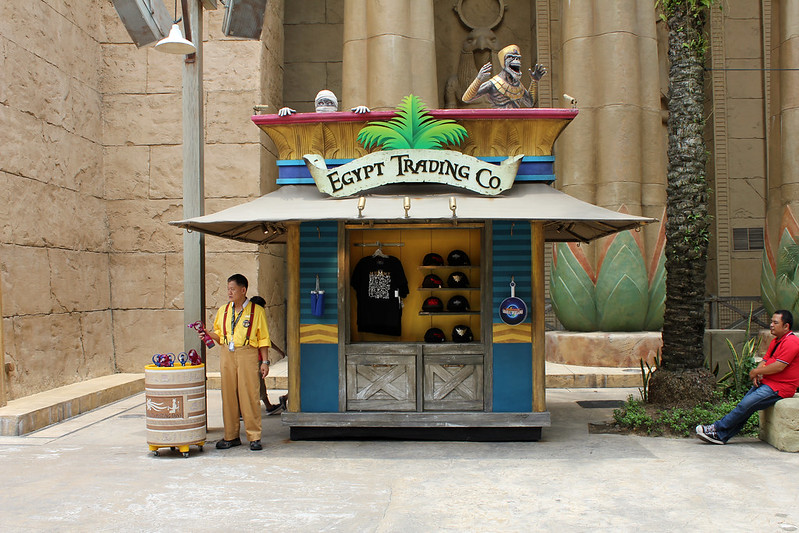 Hmm. The mummy on the right looks familiar. Two for one sale for all Universal parks? 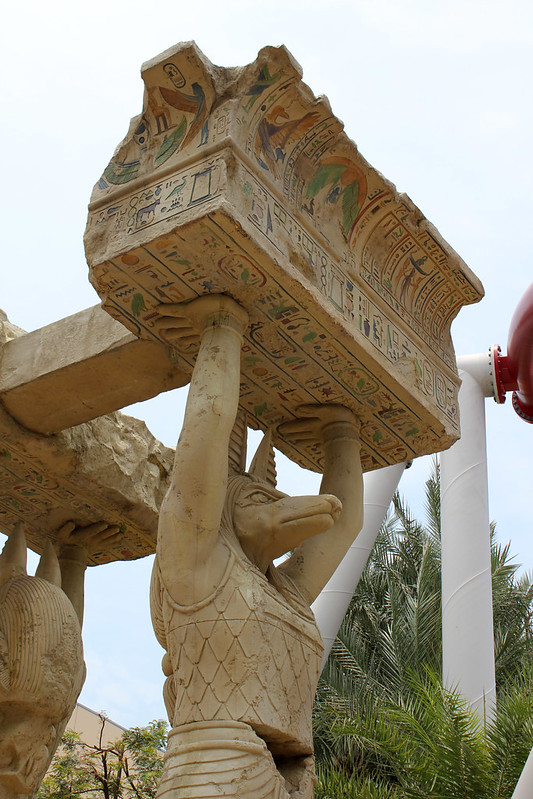 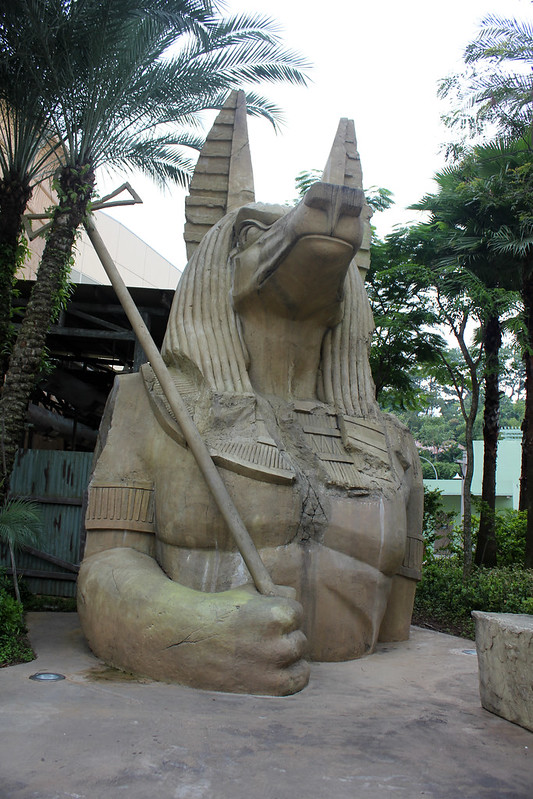 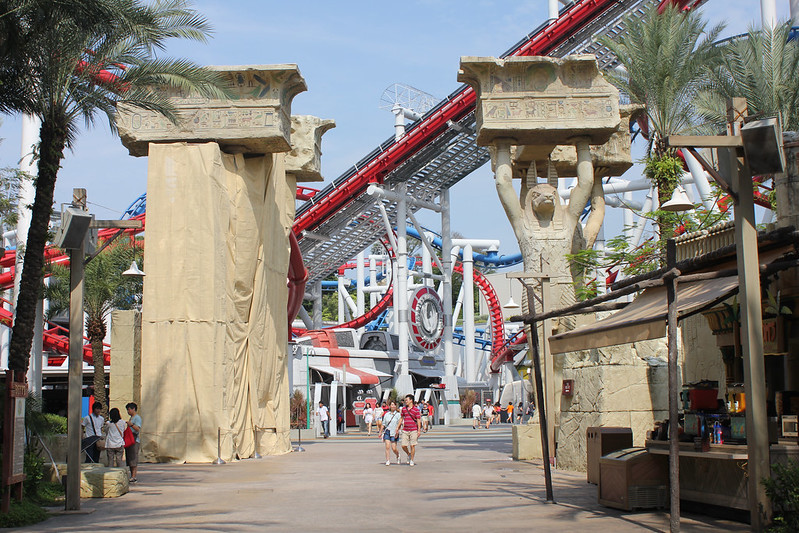 The entrance of Ancient Egypt. I’m not exactly sure why the statues are covered on the left, but I’m assuming it’s due to refurbishment. Halloween Horror Nights perhaps? Either way, it matches the theme quite well. 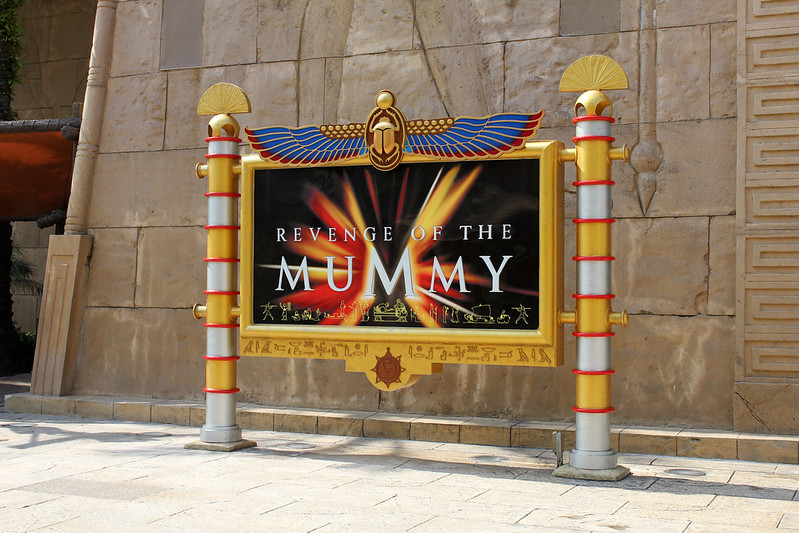 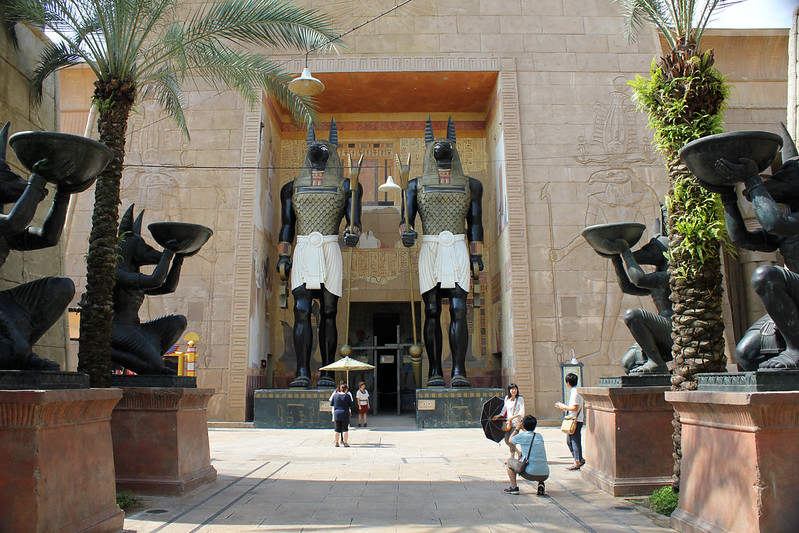 More elaborate statues. Absolutely gigantic. Think of Hollywood’s entrance injected with steroids and you can imagine what Singapore has. 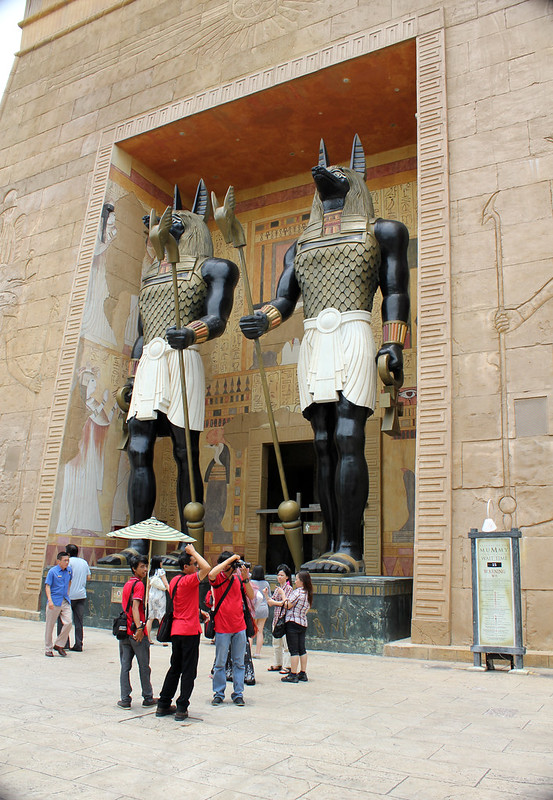 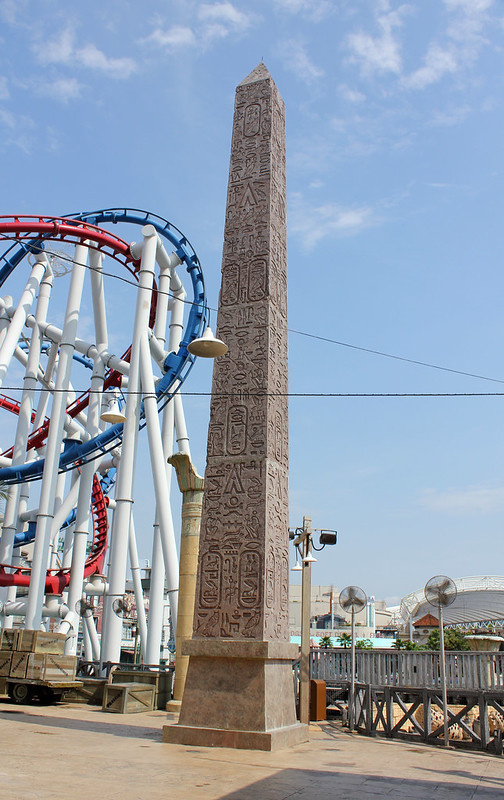 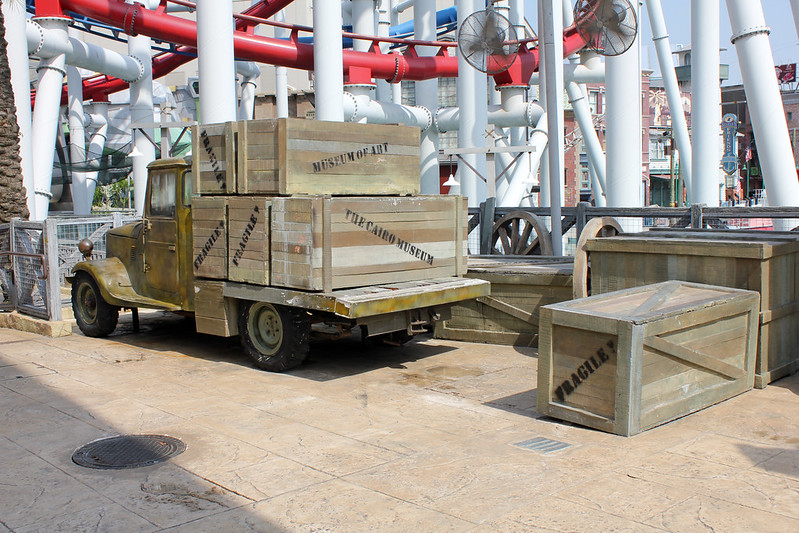 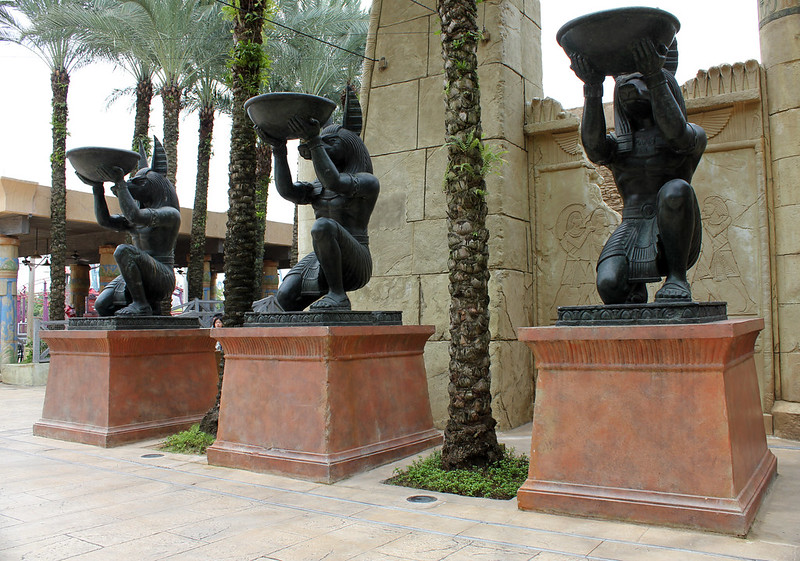 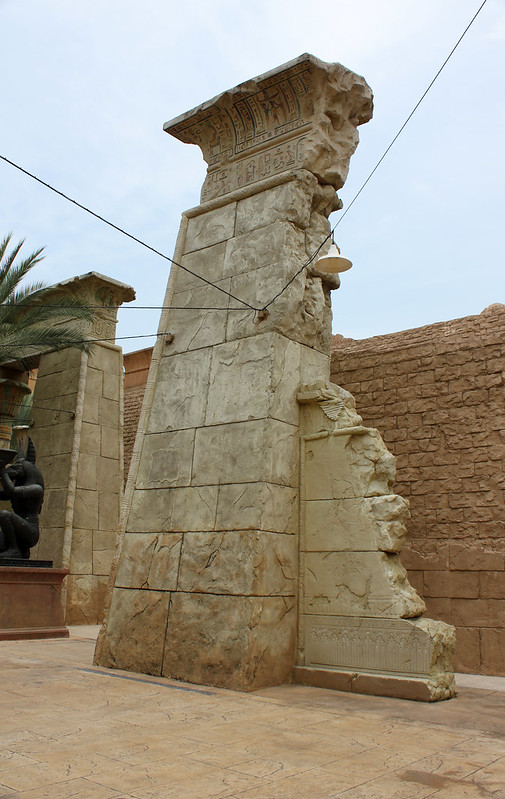 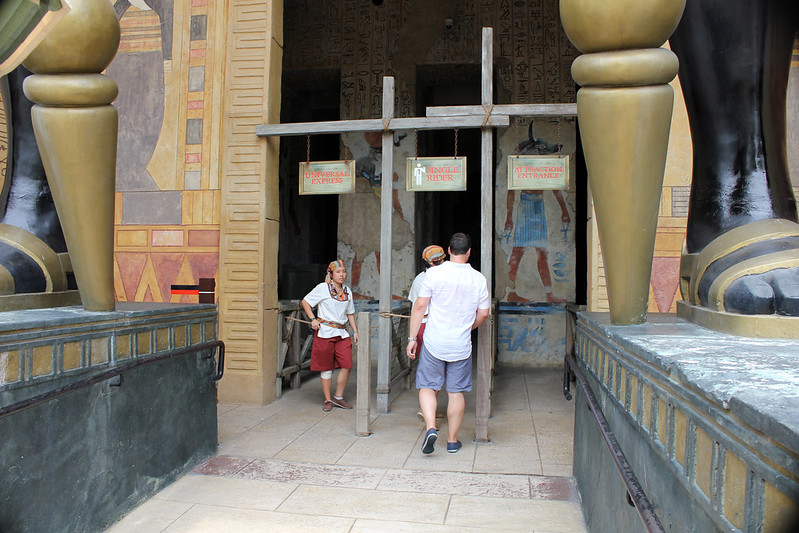 The entrance to Revenge of the Mummy. Luckily, the crew here aren’t as strict as the crew at Battlestar Galactica. As for the ride itself, Singapore obviously modeled their version off of Florida rather than Hollywood’s compromised mess. Luckily, they decided to fully embrace the Mummy franchise by abandoning the odd studio theme set in place at Florida and instead setting the ride completely within the theme of Ancient Egypt. As a result, this version is arguably the best – in my opinion – out of all the three currently in existence. Effects are more refined, theming makes sense – everything (not to mention, like Transformers, the lines are much shorter). Oh, and I’ll have a short video of the queue coming up! 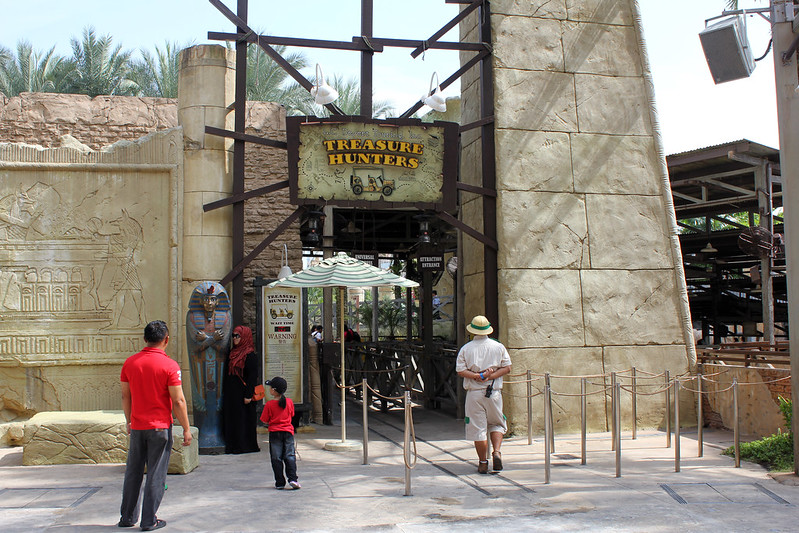 Treasure Hunters, on the other hand, was just plain odd. 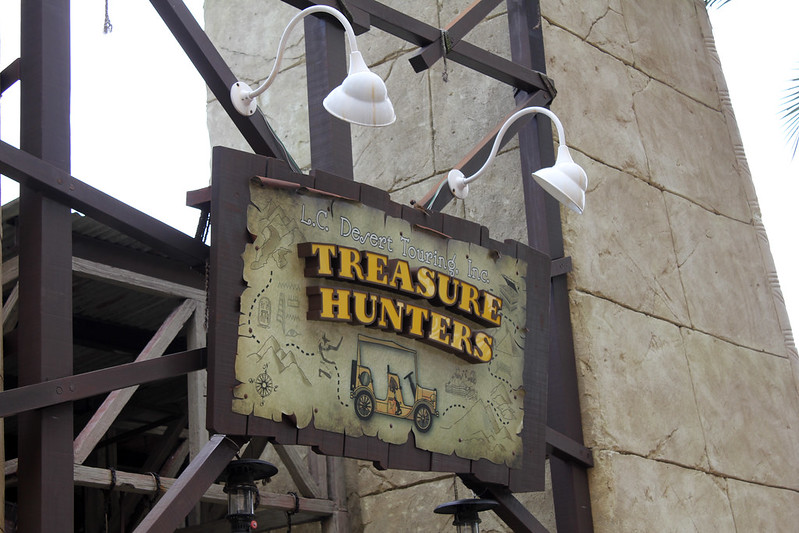 If anything, I believe this attraction was modeled for kids, since the ride itself is…well…I’ll let the pictures explain. 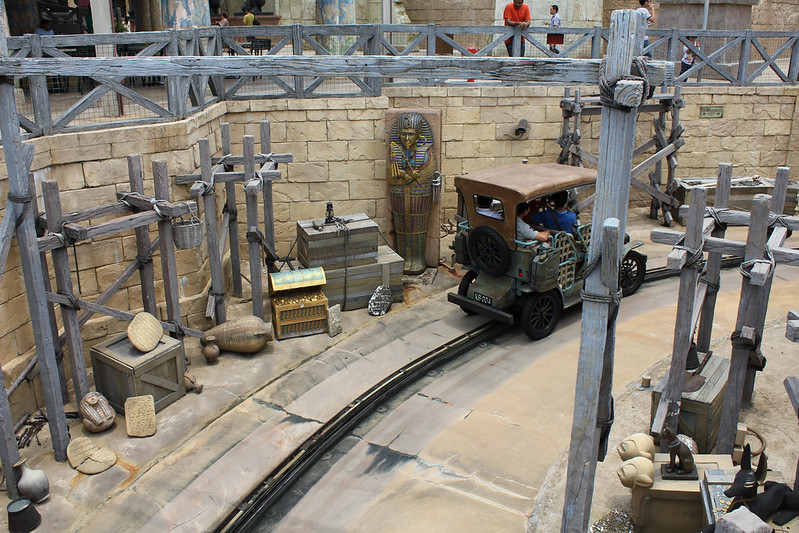 So the entire ride is set outdoors, and you’re driven through an abandoned(?) excavation site in search of a lost crew member(?) – or something to that effect. 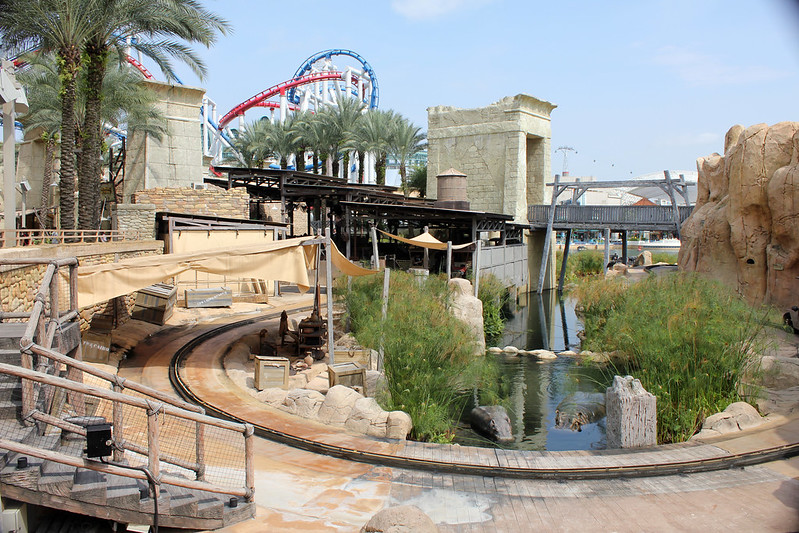 I’ve only ridden it once, and – to be frank – was completely dumbfounded through the entire thing. 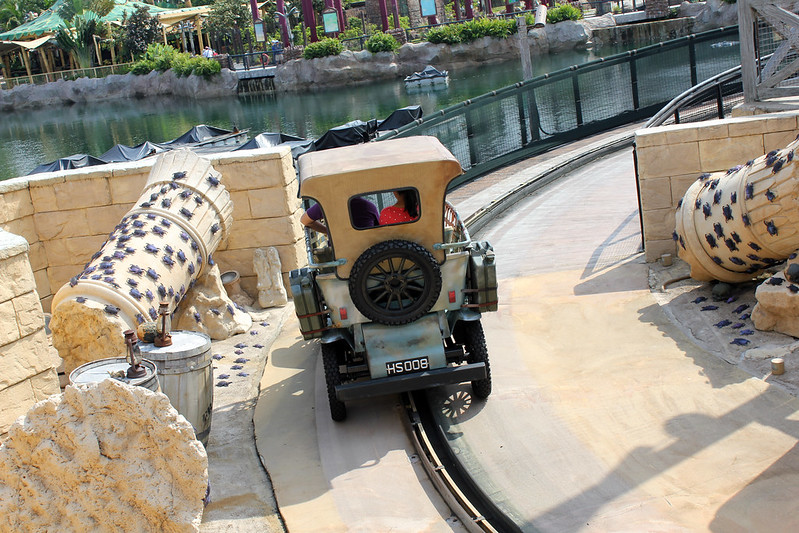 I’m guessing there must be an element of surprise for the kids, but the outdoor daylight absolutely ruins it. I could easily see what was happening ahead, and I’m sure the kids could as well. Maybe the nighttime experience may be better? Who knows. 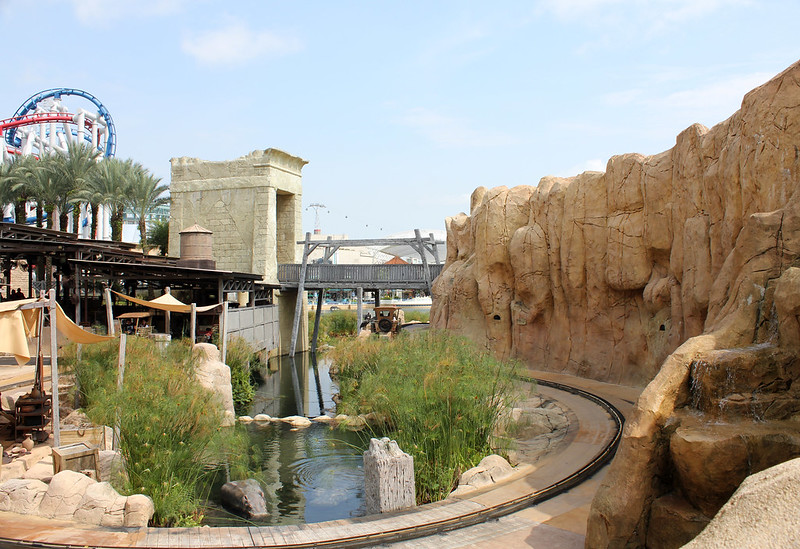 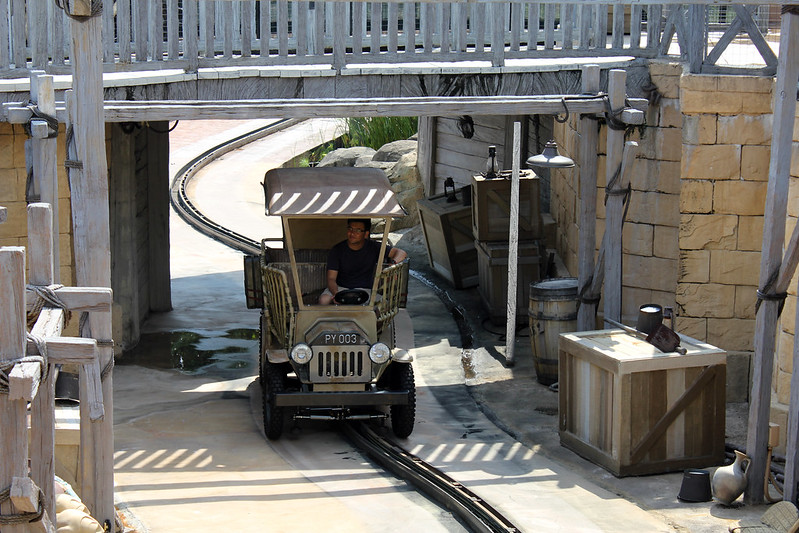 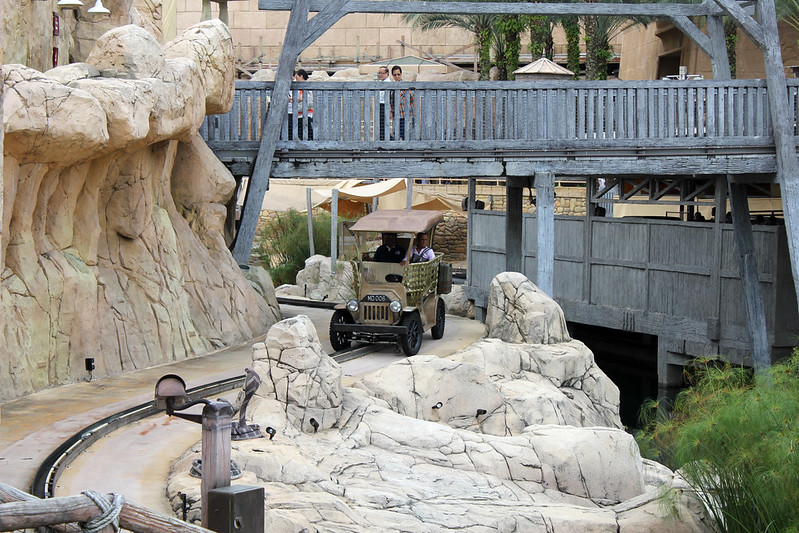 DRAMATIC TURN. NOT FOR THE FAINT OF HEART. 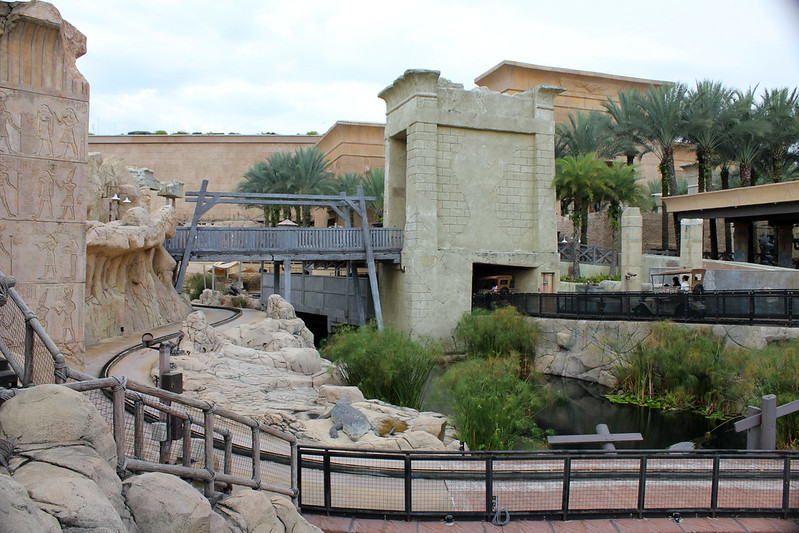 All kidding aside, this attraction is definitely unique to Universal Studios Singapore (which is great!)…and for what it’s worth, I guess it works for its intended audience. 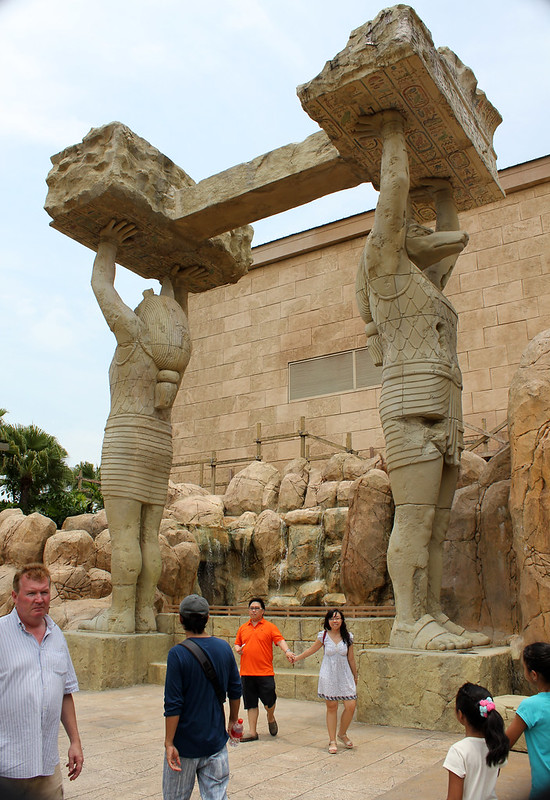 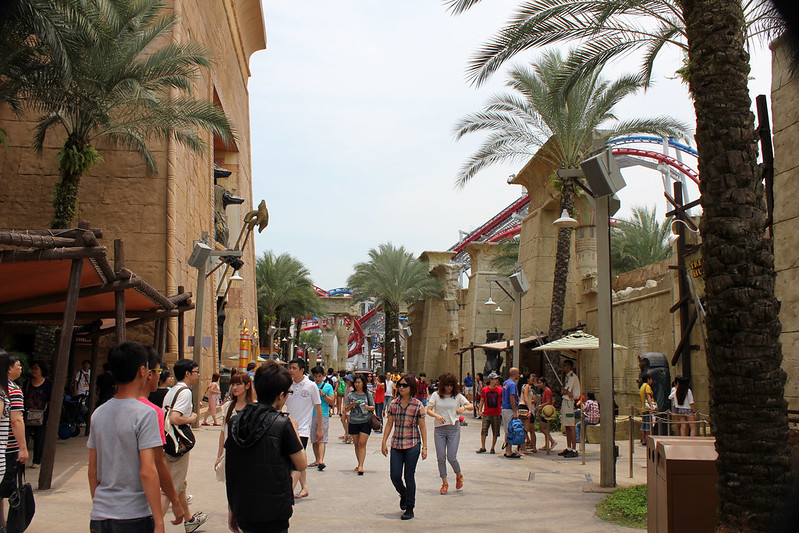 One final look before we head into The Lost World.

Okay! That’s it for Ancient Egypt at Universal Studios Singapore.

As you can see, the area is relatively small (hence the lack of photos), and since Revenge of the Mummy doesn’t allow filming or photography, this is what we have. Excuses aside, again, we have another excellent example of Universal Studios Singapore theming. Like New York, the theming and attention to detail is great, and both of the Mummy themed rides aren’t too bad either. Singapore’s Revenge of the Mummy obviously has the benefit of having more refined and modern technology at its disposal, so it isn’t a huge surprise to see their version on top. But then again, Treasure Hunters was an interesting (if not mixed) experience to say the least. Regardless, the photos largely spoke for themselves, so I’ll end it here.

Jon originally founded InsideUniversal.net in 2006 as a summer hobby aimed at providing families and fans a resource for all things “Universal Studios Hollywood”. Since then, the website has taken him throughout the United States and around the world – including to places like Universal Orlando Resort, Universal Studios Japan and Universal Studios Singapore. 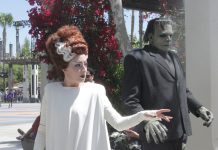