Every year, guests flock to the Castle Theater to watch an installment of the long running show Bill and Ted’s Excellent Halloween Adventure.

Seen as a running tradition for Halloween Horror Nights Hollywood, Bill and Ted is a combination of dance and skin with an abundance of popular culture mixed in for safe measure. So after last year’s wildly successful show, how does Bill & Ted 2013 fare? 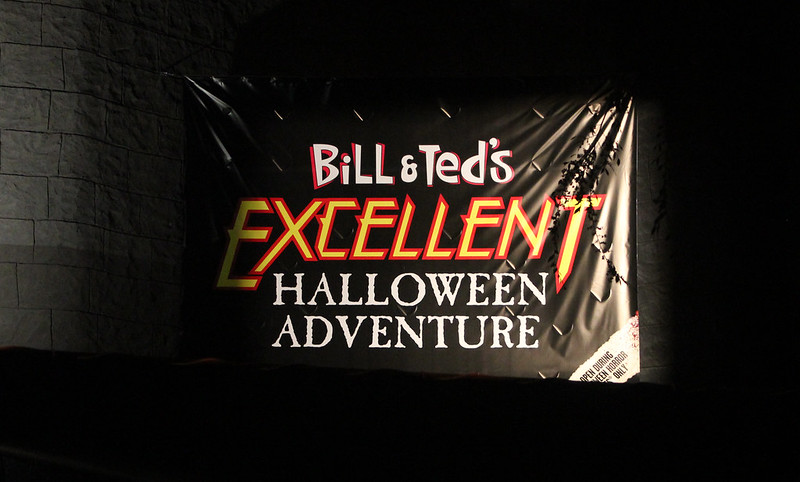 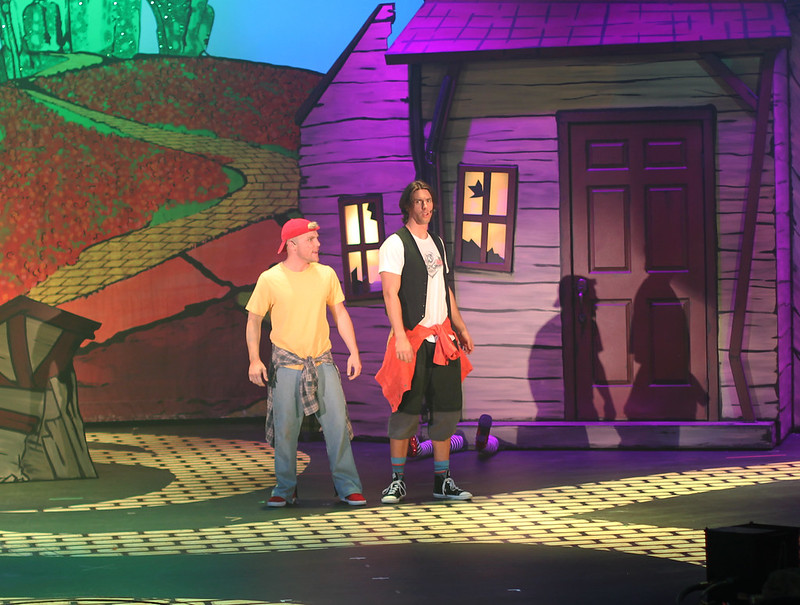 Here’s the answer: probably not as well. But in the end, I’m conflicted. Here’s why:

Bill & Ted’s Excellent Halloween Adventure has always been my saving grace at Halloween Horror Nights. While I can’t help but appreciate and respect the time and effort put into intricate mazes and atmospheric scare zones by Universal’s creative staff, I’d be lying if I said those were my favorite elements. For me, it’s all theatrics. Loud, brash, flashy and pompous – that’s what I enjoy. Interestingly enough, Universal (for the most part) has always put out a decent show and Bill & Ted has always been a stable runner on Universal’s Horror Nights roster.

For years, guests could expect a fascinating blend of choreography, celebrity impersonators, skin and pyrotechnics laced with pop culture all somehow packaged in a twenty-five to thirty minute show – plot and logical character developments be damned. 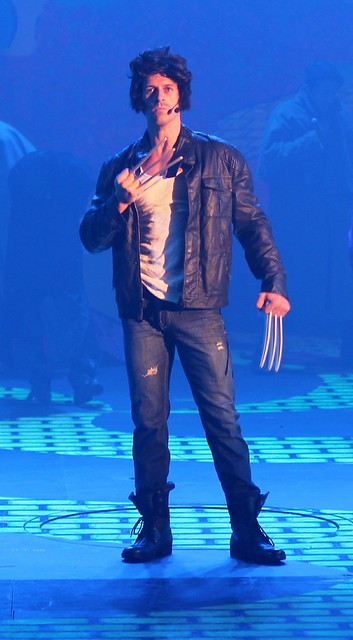 …which is why I’m conflicted. 2012’s performance of Bill & Ted was an outlier, in that it contained the right mix of pop culture alongside a relatively strong plot driven show. Based off the immensely popular movie The Hunger Games, 2012’s Bill & Ted managed to lay down a simple, but more importantly coherent storyline that made it simple for audience members to follow along.

Not only that, but it also contained the usual mix of excellent choreography propped alongside by a healthy dose of pop culture. Siri? Check. Gangnam Style? You got it. Obviously we’re not expecting a sophisticated, character driven story – Bill & Ted has never been about that – but what we got was a show that managed hit all the right marks.

How’s 2013? Well, in a word: baffling. Or at least, that’s what I’ve been hearing around, and quite frankly, there’s no other word to describe it. From the surface, you could get the feeling that Universal wanted to repeat the wildly successful formula from last year’s performance (you know, the killing of celebrities, that sort of thing), and unfortunately, it didn’t really work this time. In fact, I’m not sure it worked at all.

Spoilers ahead (and this review will contain some spoilers from this point on), it seems like they’ve replaced the Grim Reaper from last year’s show with the new North Korean dictator Kim Jong-un (side note: who would have thought that I would actually be mentioning Kim Jong-un on a site that covers Universal Studios Hollywood? Anyway, I digress).

From what I could gather, Bill and Ted were transported to the Wizard of Oz (?), which introduced witches (??), followed by random celebrity deaths (???) topped off with Justin Bieber urinating on…a witch (????).

Irrespective of the flaws outlined above, let me be the first to say it: I thought the show was fine, and if the abundance of laughter was any indication, audience members probably enjoyed it as well. In fact, if anything, I’ve never seen the audience laugh this hard, and I couldn’t help but spare a few hearty chuckles myself here and there – which leads me to another point: does plot really matter? This is where the frustration comes in. 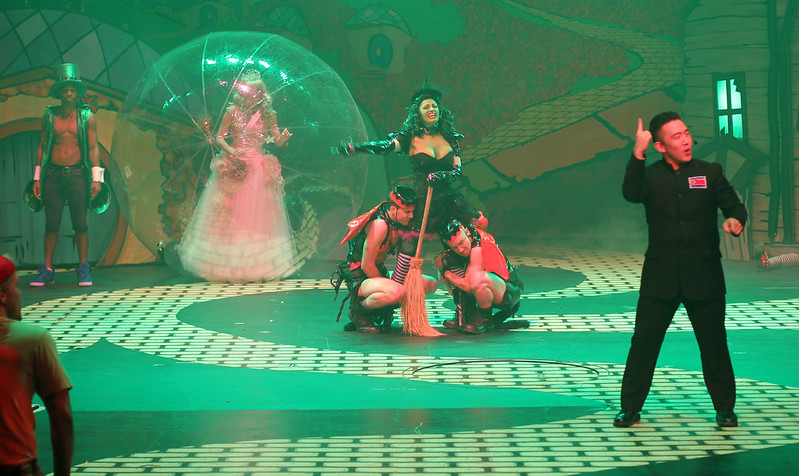 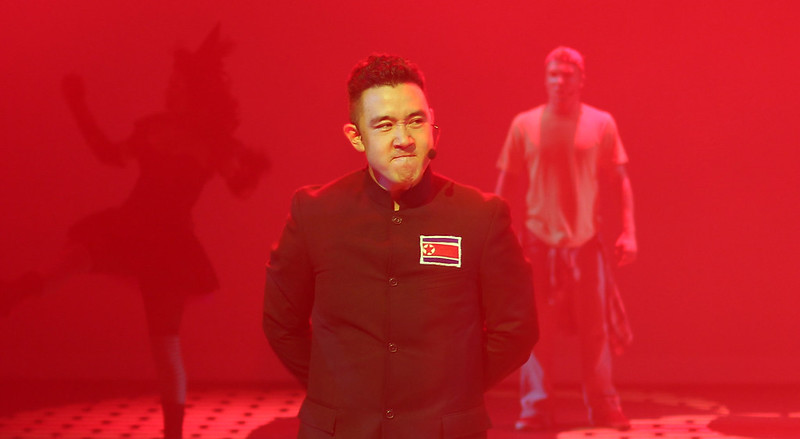 For fans of the show, the answer is a relentless yes.

Of course it matters, they would say. To me – it depends. I’ve always viewed Bill & Ted as a collection of randomized skits held together by a loosely defined plot. The point was to tap into as many pop culture references as possible in an allocated time limit of twenty-five minutes, and when that’s your modus operandi, well, you’re bound to forego a bit of plot and cohesiveness here and there. Fans of the show obviously have higher expectations, and for Universal, the bar may have been set too high in 2012 that succeeding it in 2013 may have been a daunting task. Could they have done it? Sure. But I don’t think this year’s show continues that linear progression just yet.

Think Christopher Nolan’s 2009 blockbuster sequel The Dark Knight and his 2012 follow up The Dark Knight Rises. Though both films have been critically acclaimed by critics empirically (which may not be applied to Bill & Ted, admittedly), you can’t help but think Nolan’s 2013 film suffered fan backlash as a result of his 2009 film’s colossal success. While you may argue that both films are successful in their own right and that the dip in quality from 2012’s Bill and Ted to 2013 is far more dramatic than Nolan’s dip from 2009 to 2013 (in which I offer a slight concession), I think my overarching argument stands. It’s hard to top a seemingly perfect formula. 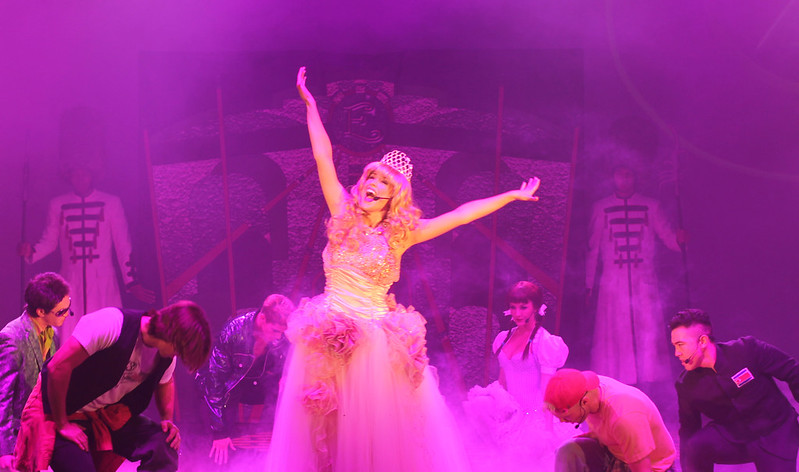 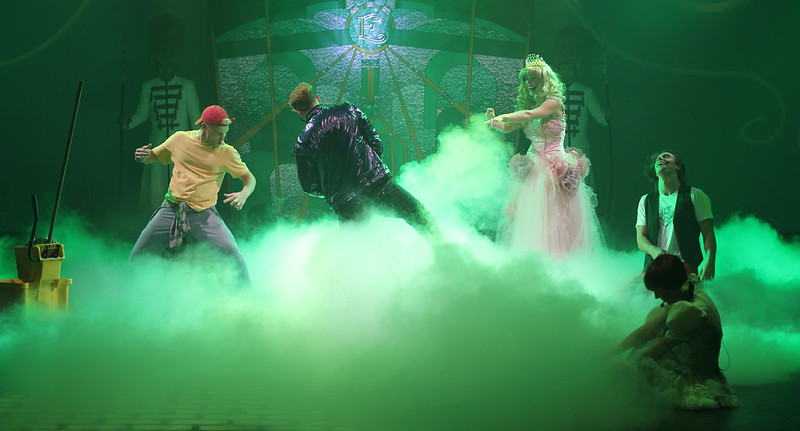 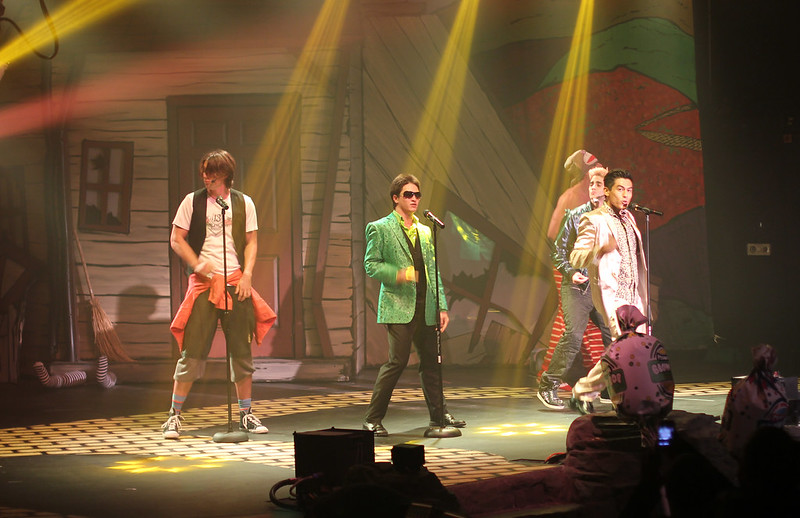 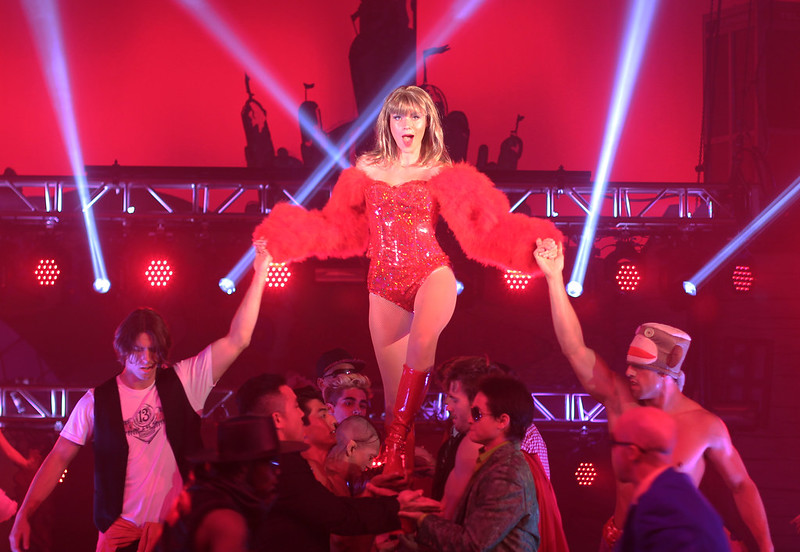 Plot aside (since you’re probably dying to know what I – and what many other fans – universally enjoyed), when it comes to sheer technicality – 2013 leads the pack by a far margin. Much praise has been said about the elaborate lighting rigs used during the latter half of the show, and I agree, they’re very impressive. Far beyond what has been done before. 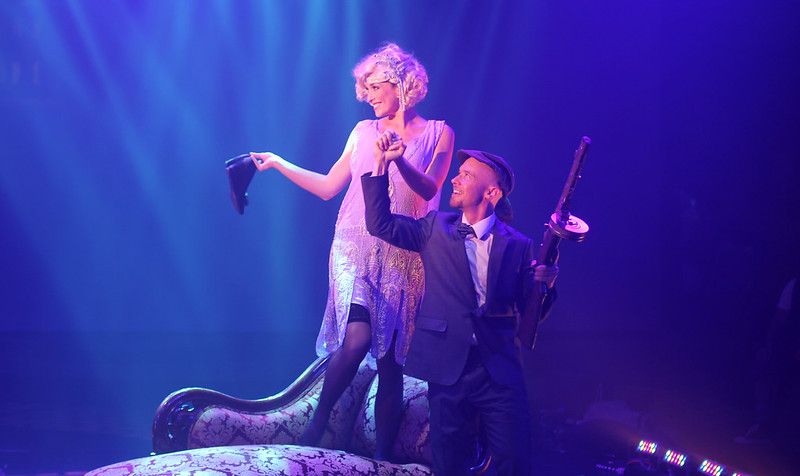 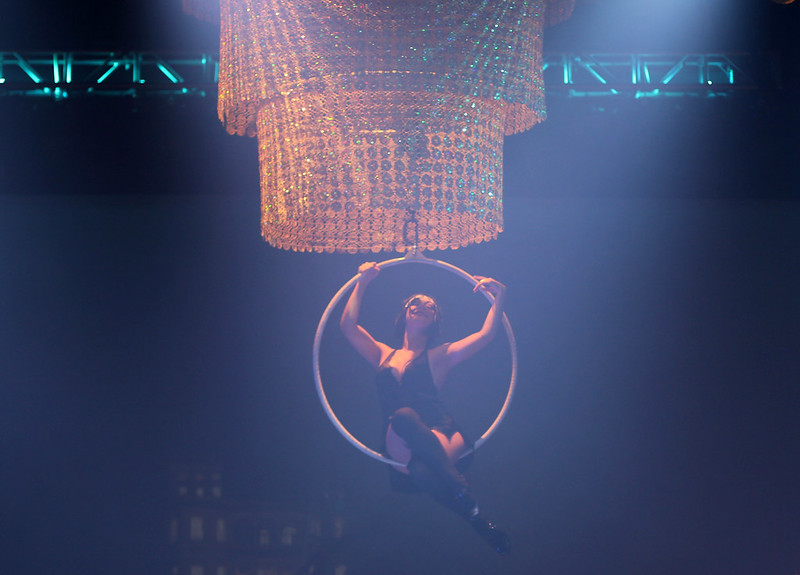 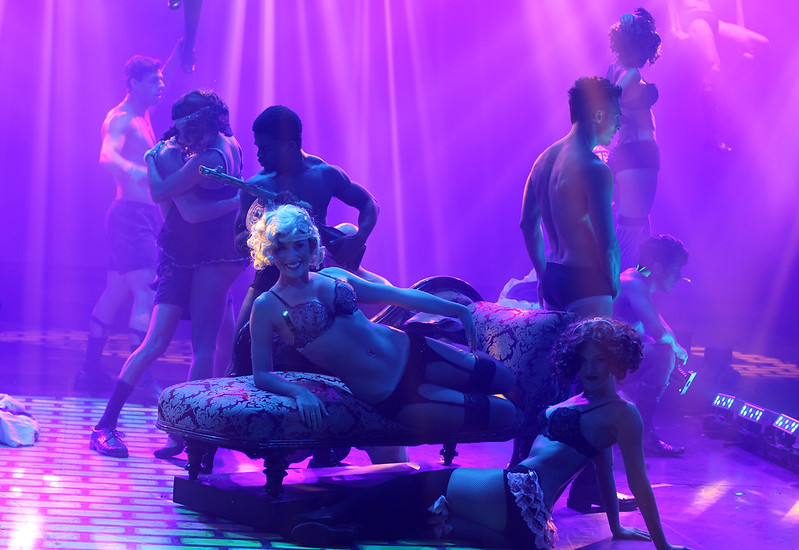 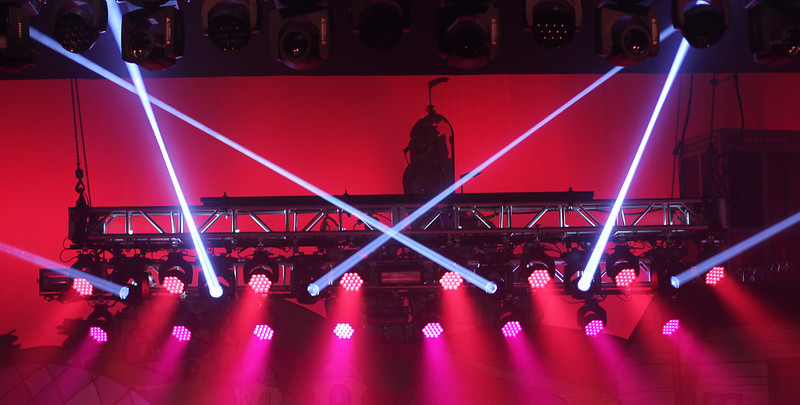 And the Gatsby scene? Pure perfection. I don’t want to give too much away since it’s difficult for me to even describe without giving the scene its due credit, but suffice to say, it’s the perfect blend of chorography, technicality, music, and dance if I have ever saw one. Very impressive, and the audience ate it up. It’s just a shame they couldn’t sustain that perfection throughout the entire show.

Of course, I think it also goes without saying that the performers and dance routines were top notch as always. Absolutely no negatives there, and the cast’s enthusiasm and drive couldn’t haven’t have been higher. It’s the plot that remains the sore point of contention throughout this entire review. 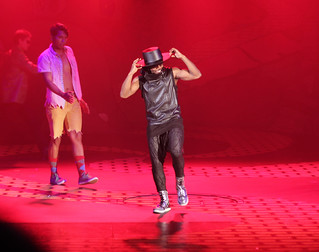 So in the end, 2013 may be a perfectly good show relative to previous installments, but I couldn’t help but think that 2012 may have set the bar too high – turning an otherwise average show into one that’s subpar in the eyes of many fans. Either way, while I thoroughly enjoyed myself throughout the show, I could still understand the frustration of eager fans waiting for something successively better after last year’s wildly successful run.

In the end, I – and the audience (judging from their reactions) – were both entertained, and that’s what ultimately matters. 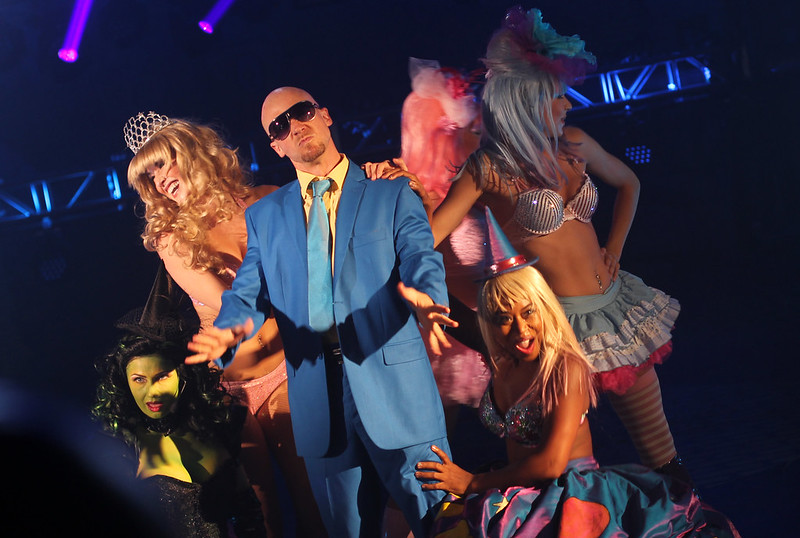 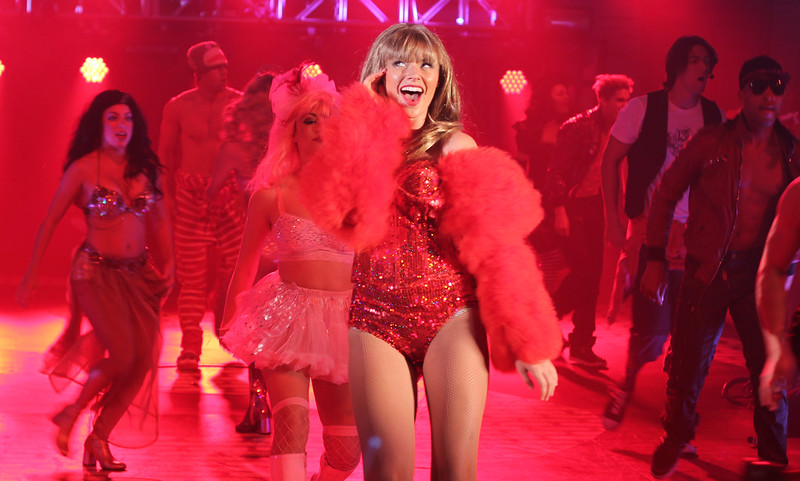 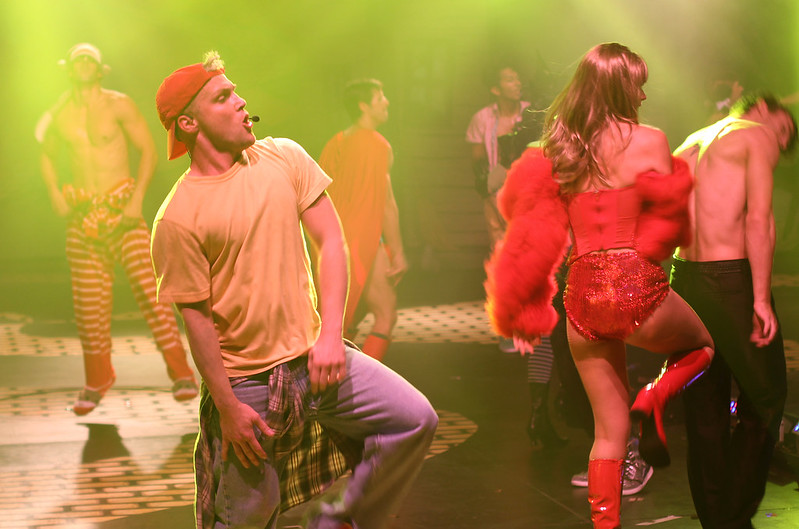