Universal has taken The Walking Dead and turned it into one of the most immersive haunt experiences to date – spanning two sections of their studio (which include the famous Bates motel site coupled with the crash site from Steven Spielberg’s War of the Worlds alongside the towering metropolitan facades). 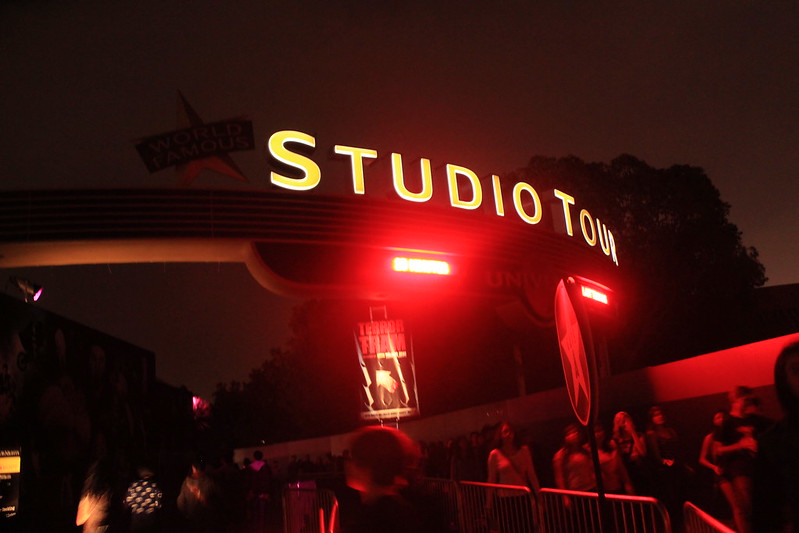 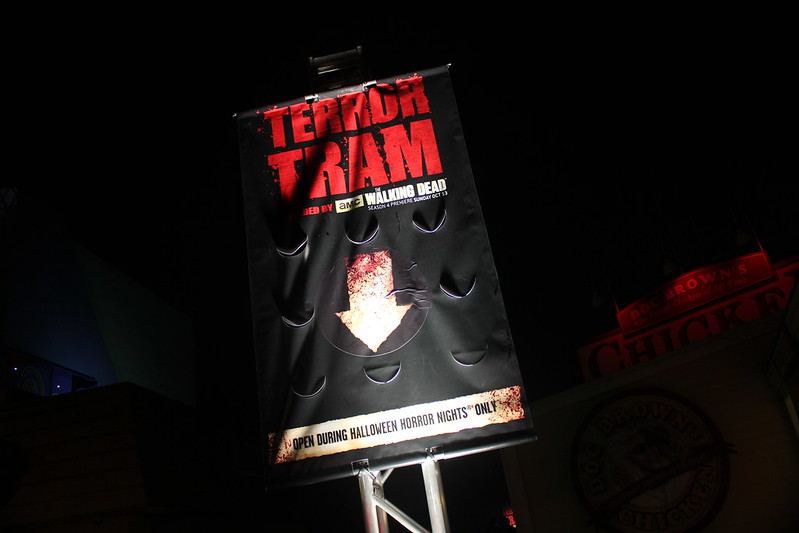 As guests disembark from the tram, everyone is automatically left to fend for themselves. By now, the tram’s already left and everyone is stuck amongst their fellow man (and woman). Not an easy predicament, huh?

SWAT team walkers – originally sent in to aid the prison guards and inmates – surround the entrance as guests are forced to enter through a dark and desolate walkway. As guests come upon the Sportsman Deer Cooler, they’re introduced to the Michonne (a heroine from the television series) and her two armless jawless Pet Walkers that she uses to tow her equipment and to fend off surrounding Walkers. With their help, guests are able get through the forest and town and into to the jail…which then leads to the backlot and The Walking Dead: No Safe Haven maze located on Universal’s metropolitan sets. 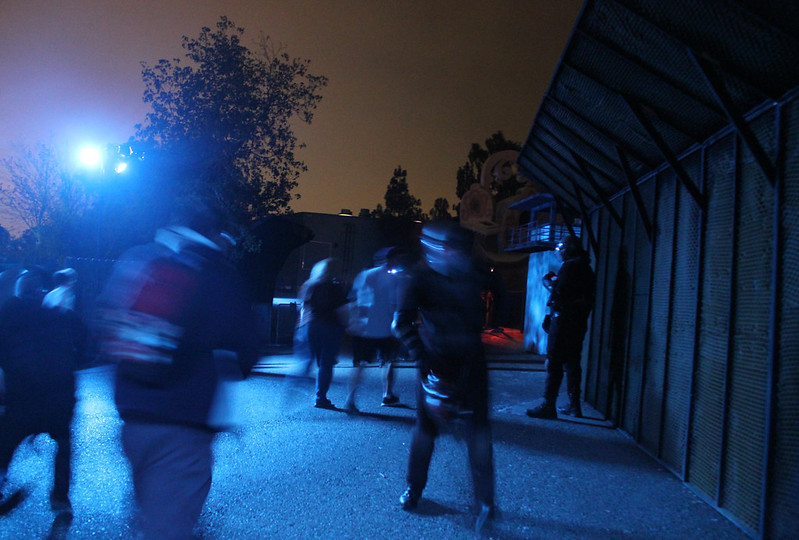 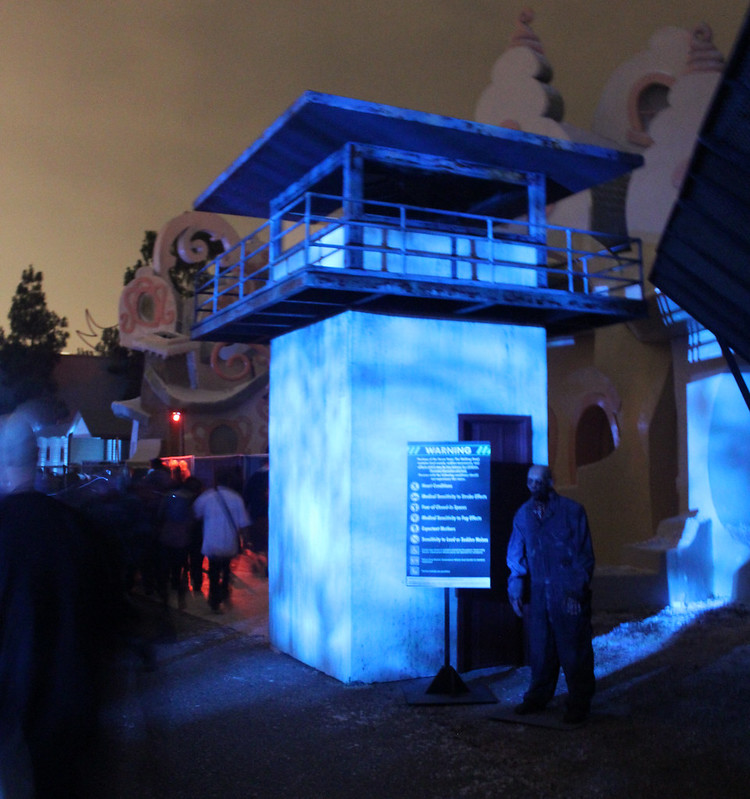 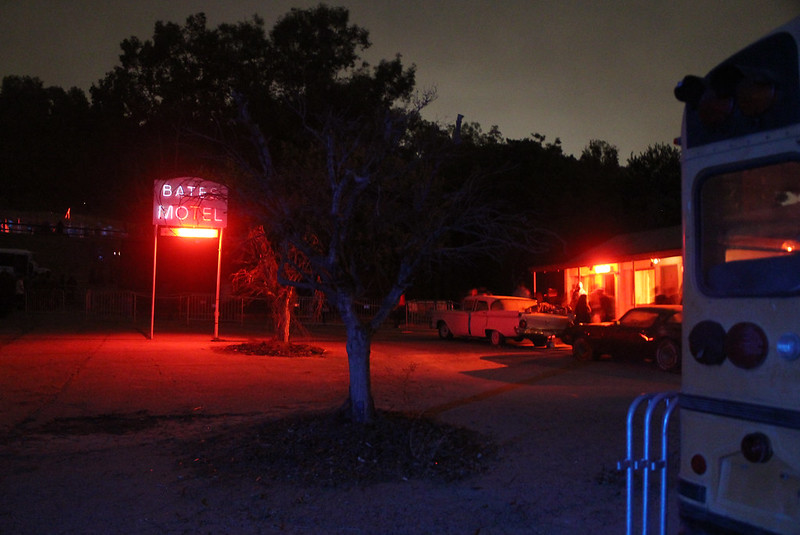 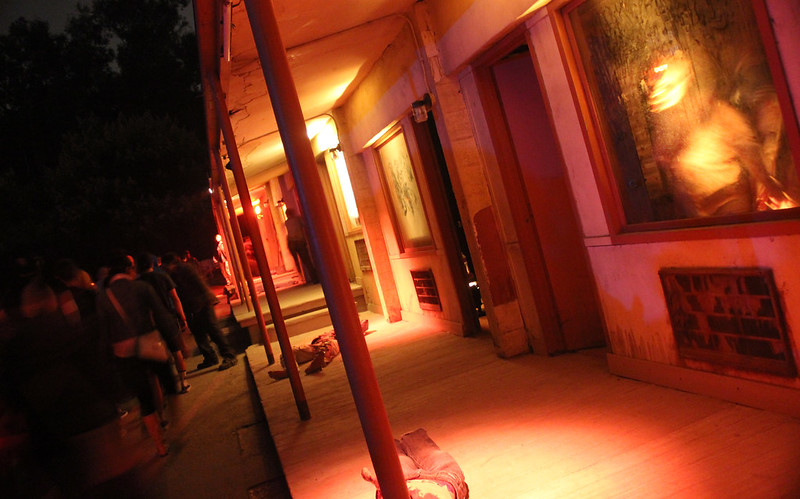 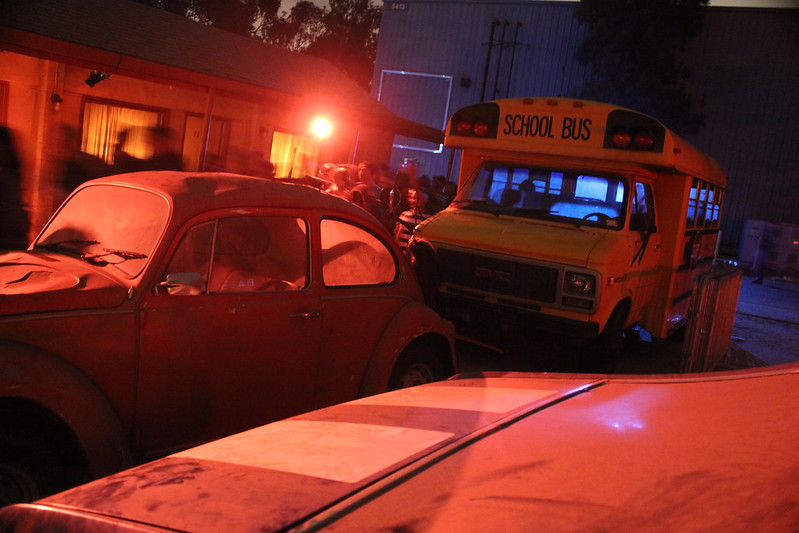 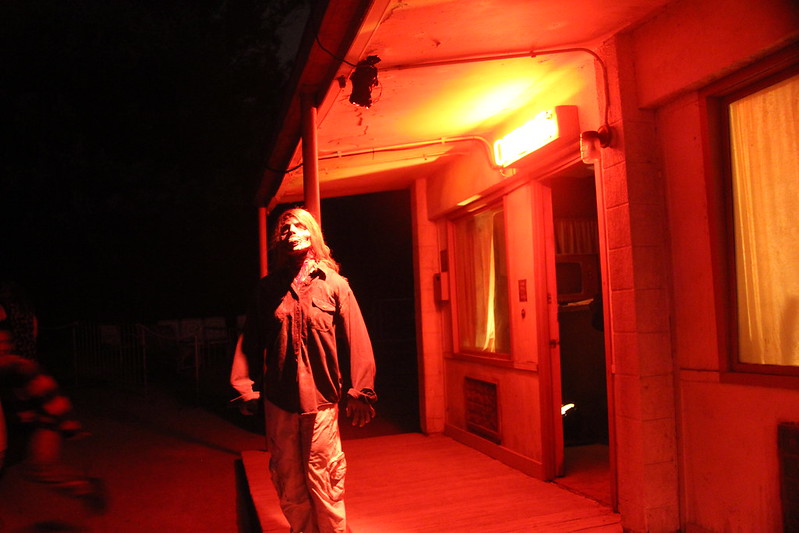 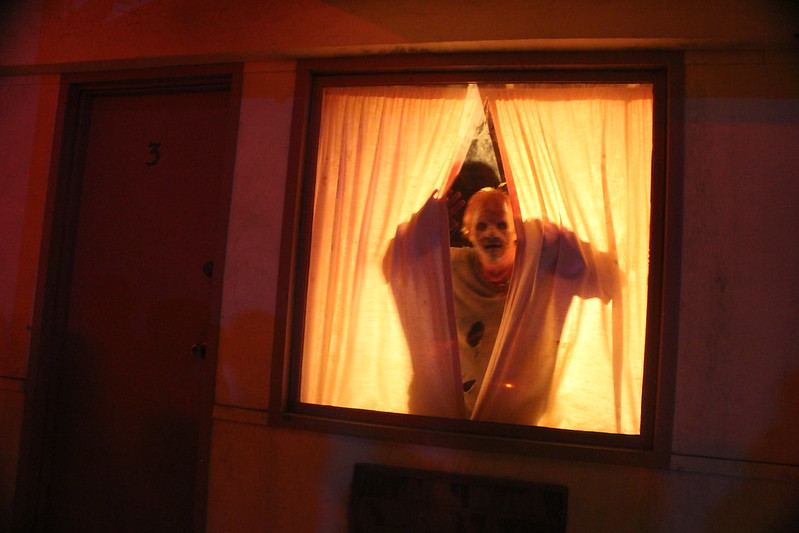 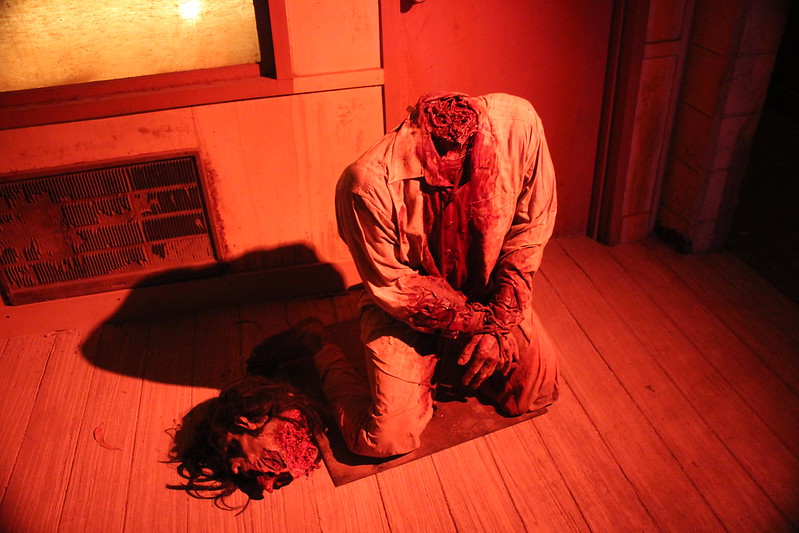 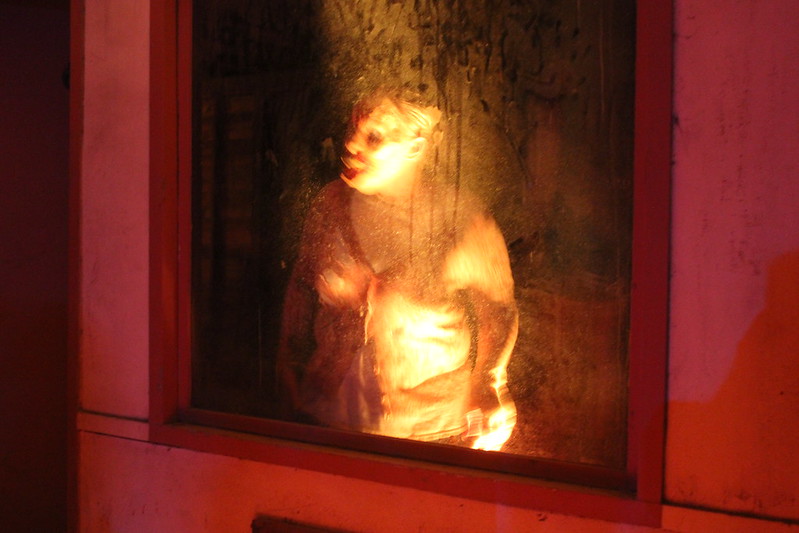 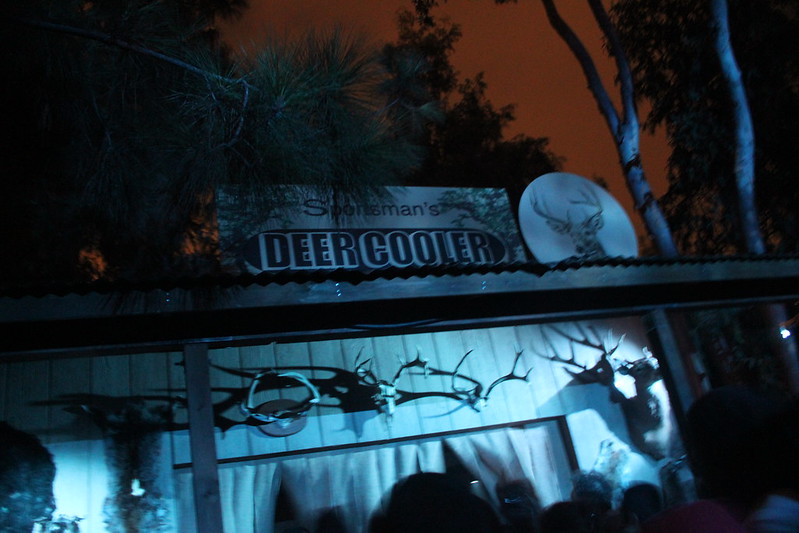 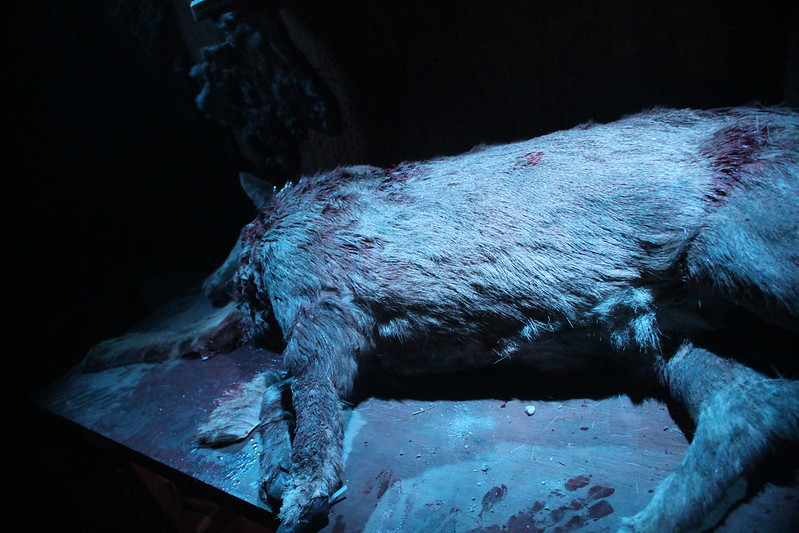 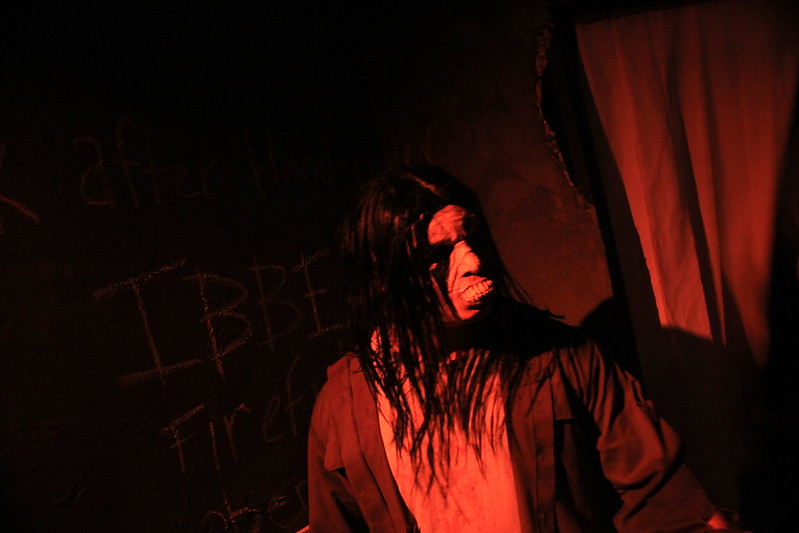 Being a staple of Halloween Horror Nights Hollywood since the event’s reboot in 2006, the Terror Tram was and continues to be a great concept on three fundamental levels.

First, guests are able to walk through some of the most historic sets in film history – including the infamous Bates Motel and Psycho House and the spectacular crash site from War of the Worlds. These sets alone separate Terror Tram from similar Halloween haunts offered by neighboring theme parks. Second, guests are thrown in arguably one of the most successful television franchises in the United States – AMC’s The Walking Dead. Every turn allows for some impressive shock and awe. Third, guests are given the opportunity to take a photo with Norman Bates right on the footsteps of one of the most historic houses ever built for film. Without a doubt, the Terror Tram is probably one of the more unique experiences you’ll find at Universal Studios Hollywood.

Having said that, the concept – while great – has remained relatively unchanged since the Terror Tram’s reintroduction in 2006. Though guests might enjoy the opportunity to venture through multiple practical sets, seasoned Horror Nights fans might find the experience a bit dated and stale – relative to other Horror Night offerings. While the sets themselves have been redressed to fit within the canon of The Walking Dead franchise, the feeling of walking through the Bates Motel and the crash site might be a bit too familiar.

Regardless, the experience itself is fine and they’ve arguably changed as much as they could this year than in years past. Bottom line: be sure to check this one out if you’re a fan of the Terror Tram concept, but don’t go in expecting something radically new. After all, why change what works? 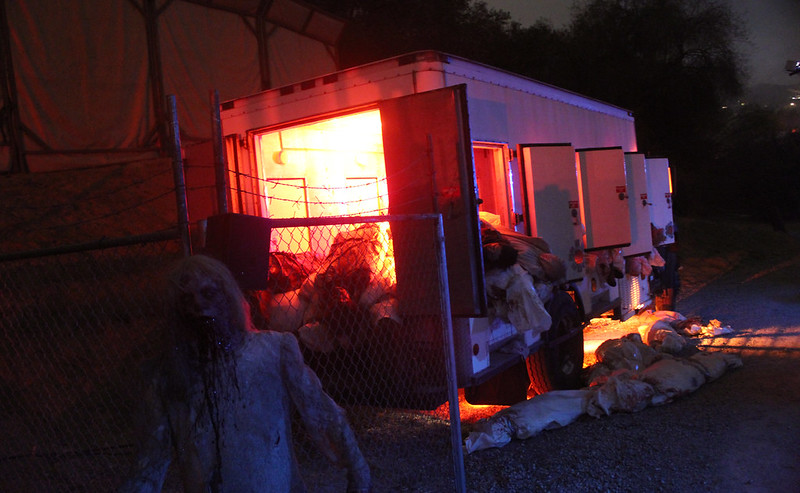 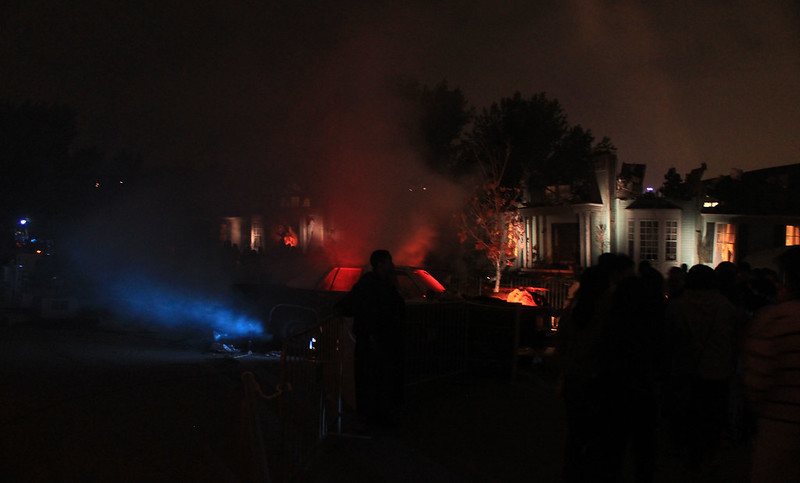 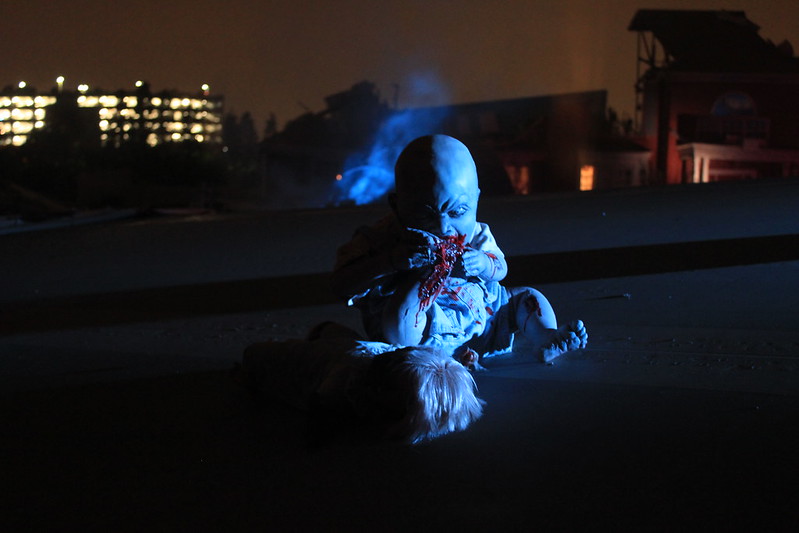 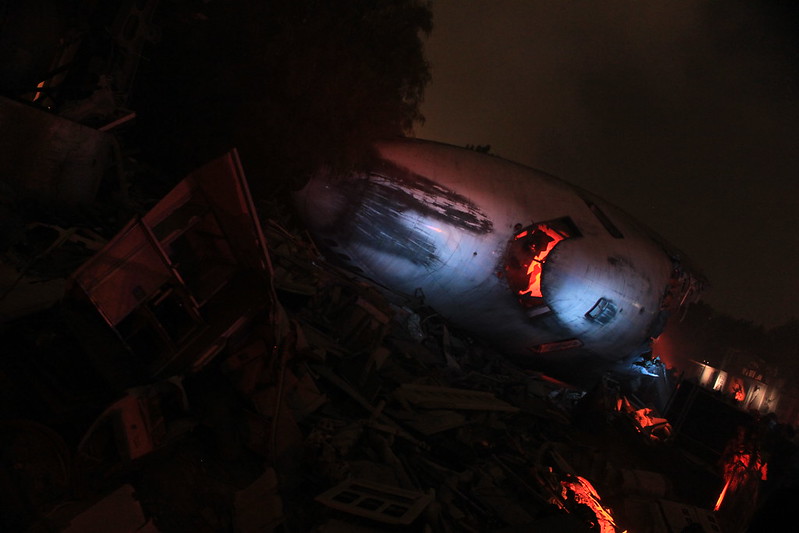