After five and a half years of operation, the Adventures of Curious George playground has soaked its last delighted guests.

Located on the Upper Lot just before the entrance to the Studio Tour, the Adventures of Curious George wet and dry playground and ball room provided families a place to play to fight off the summer heat, a shaded seating area for tired parents, a ball room where the entire family could share laughs, and a small dry playground for younger children too small to join their older siblings in the larger water area. As was announced back in April, this area is closing to make way for the Wizarding World of Harry Potter attraction slated to open in 2015.

Here is a look at the history of the playground as we say goodbye.

The area that houses Curious George today was once a backstage area, where a tower was constructed for the 1965 Charlton Heston film The Warlord.

This tower, built in the style of a Feudal duke’s defense tower, remained a popular site on the Upper Lot for nearly four decades, providing many opportunities for photos and dominating a segment of the upper lot skyline. In 2001, it was finally torn down to make way for a new themed area, this time aimed directly at children. That area was the Nickelodeon Blast Zone. Boasting a 500 gallon water drop, it featured the orange rocket bearing the network’s name commonly seen as a logo on the network, the Nickelodeon Splash water play zone, and the Wild Thornberry’s Adventure Temple ballroom themed to the Nickelodeon show The Wild Thornberrys. In addition to this, there was also a stand themed to the Shore Shack from the popular cartoon Rocket Power, and the Nick Jr. Backyard, a play area for younger children.

Opening at the same time was the store Nickelodeon Stuff, featuring merchandise from various Nick properties such as Rugrats, The Fairly OddParents, Spongebob Squarepants, and later Dora the Explorer.

Several Nick characters, such as Spongebob and the Rugrats, would do meet and greets in this area. In January of 2008, the Blast Zone was closed. It would re-open partly a month later, with the remainder re-opening in the following month as The Adventures of Curious George.

The final incarnation of this area, the Adventures of Curious George, was a re-theme of the popular Nickelodeon Blast Zone. The only notable changes from the Blast Zone were the re-painting of the water equipment, the logo rocket, which was painted to feature Curious George in the rocket blasting off to space, and the removal of the various Nickelodeon character cutouts and signage around the area. 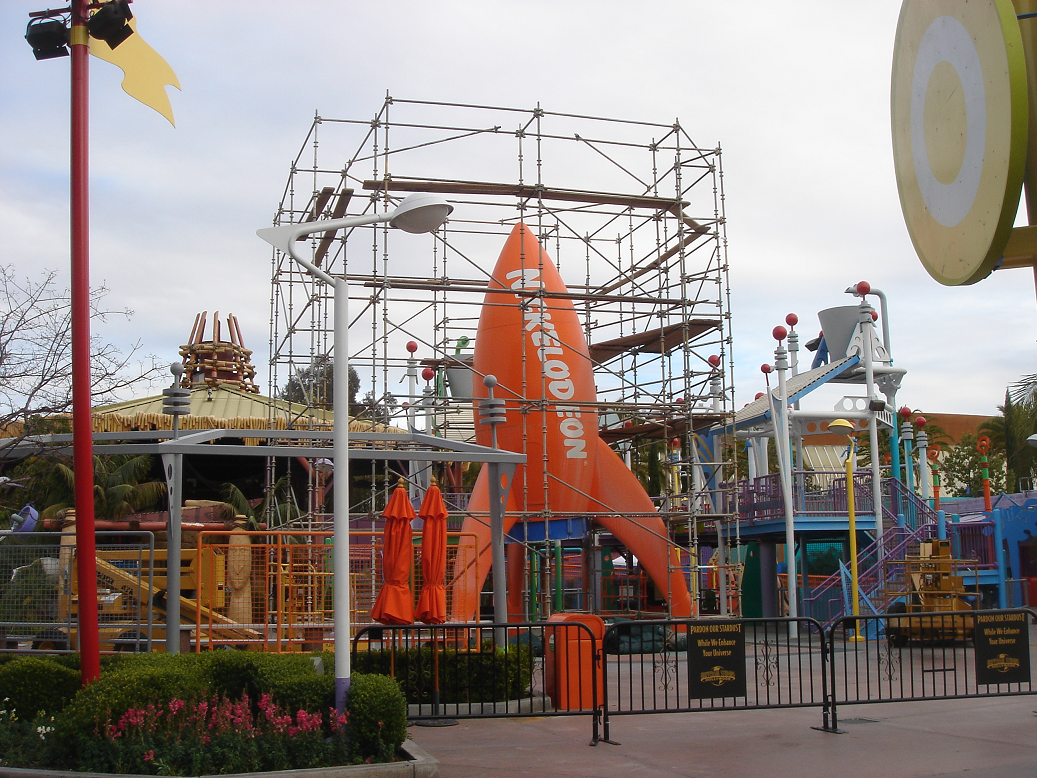 The Shore Shack from Rocket Power became a Rainbow Sandal stand which also sells towels and other small accessories. All traces of signage on the Wild Thornberry’s Adventure Temple were removed, though the building remained the same inside and out. The Nickelodeon Stuff store remained intact after the re-theme, but focused primarily on Spongebob Squarepants and Dora the Explorer merchandise, along with Curious George.

The Nick Jr. Backyard playground for smaller children also remained in place, though it too was re-painted and re-themed to fit the jungle motif of the Adventure Temple. The remainder of the area was repainted in red and white, replacing the green and orange color scheme that Nickelodeon was heavily associated with. The walk around characters of Dora the Explorer, Spongebob Squarepants, Curious George, and Dora’s cousin Diego have all done meet-and-greet near this area for the past 5 years. With the closure of Curious George, it is uncertain which of these characters will remain seen in the parks, and where they will meet with guests from now on. 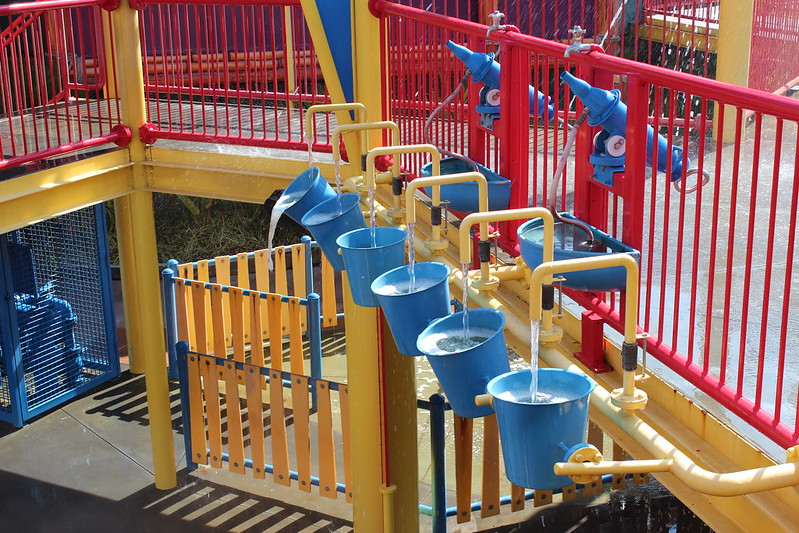 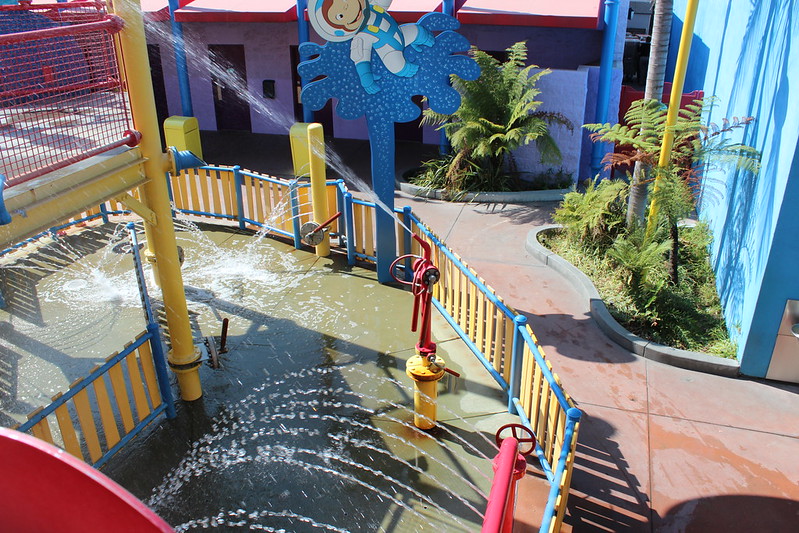 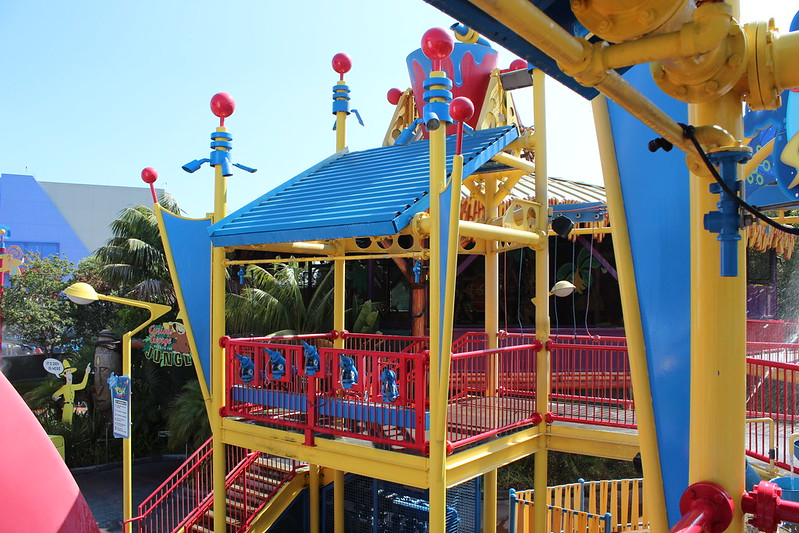 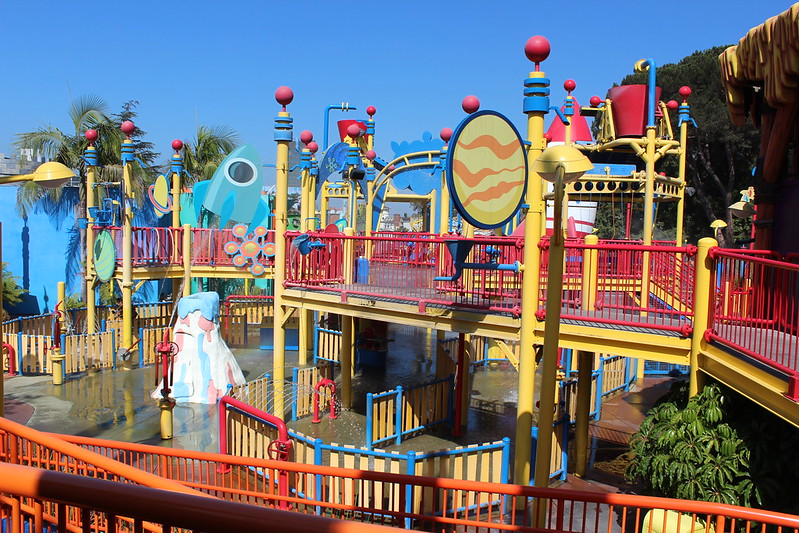 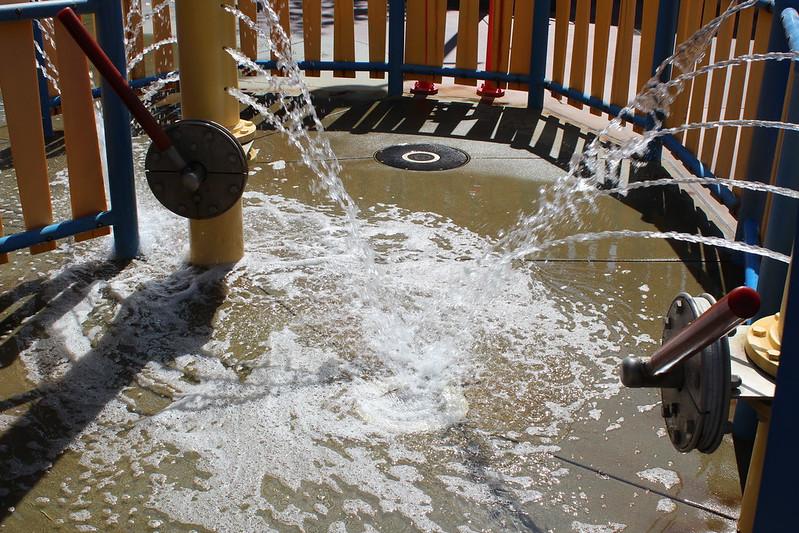 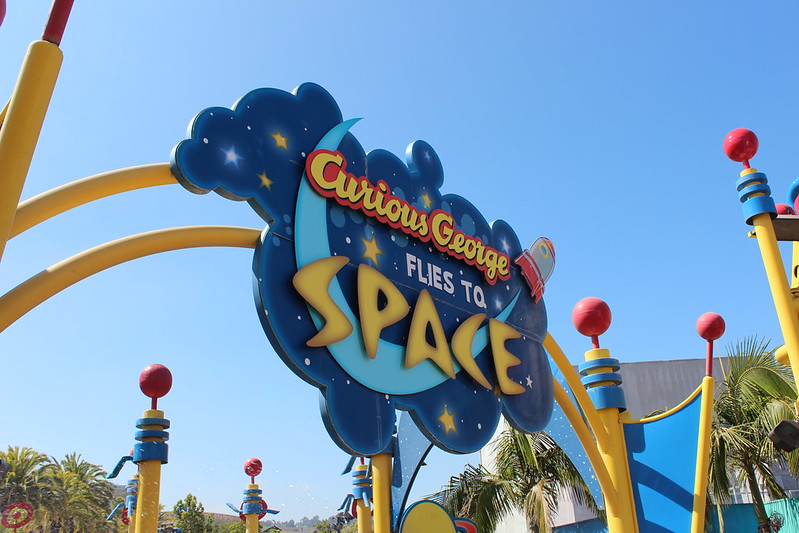 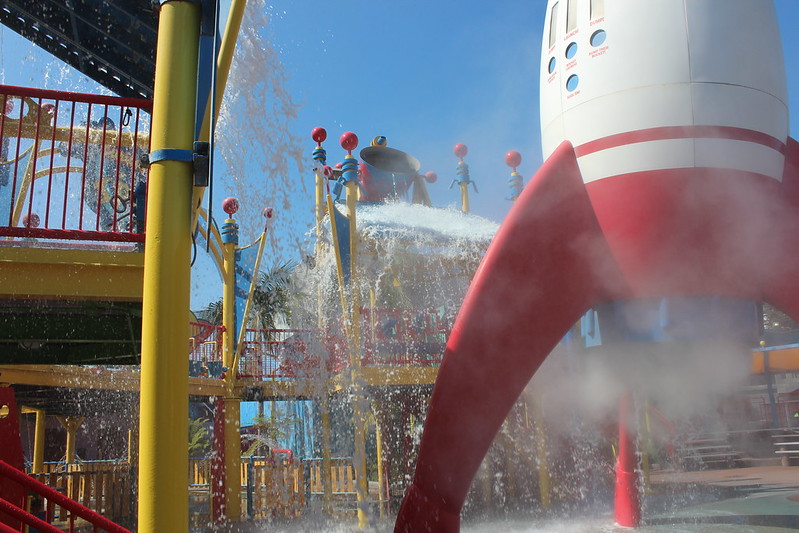 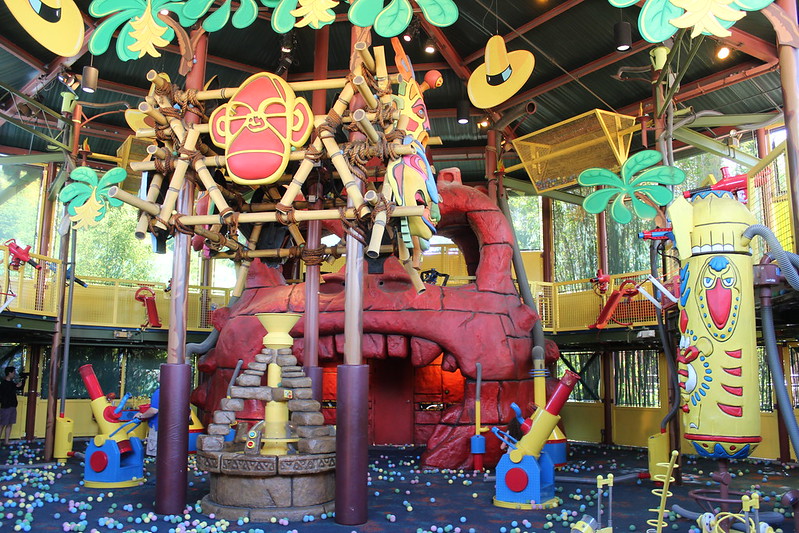 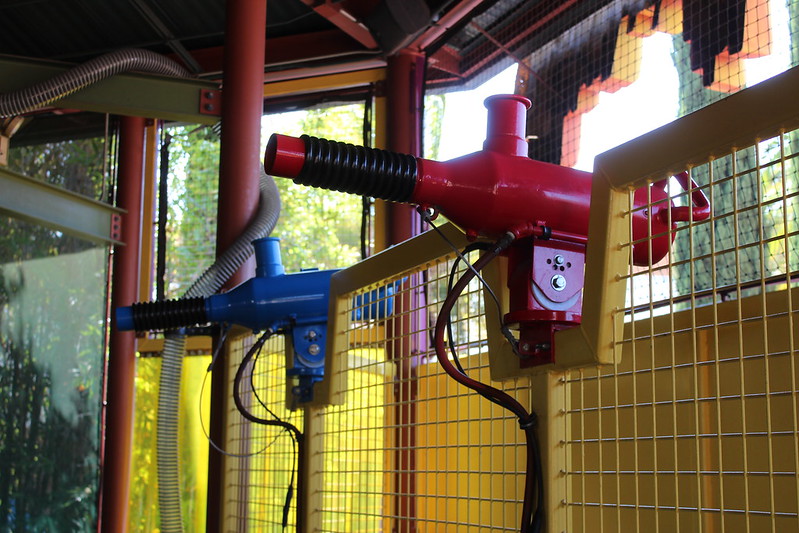 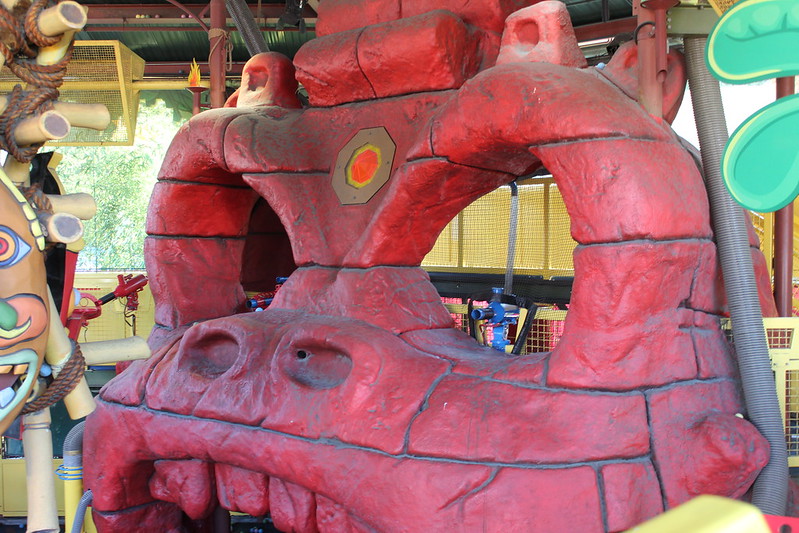 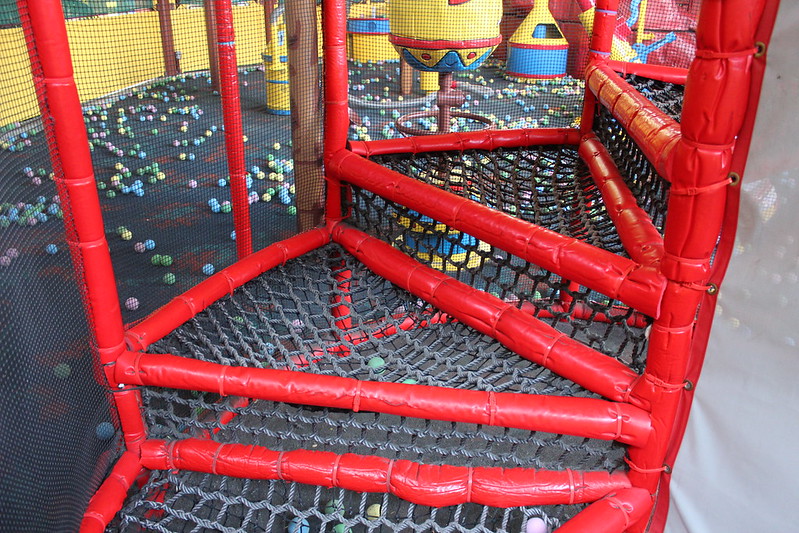 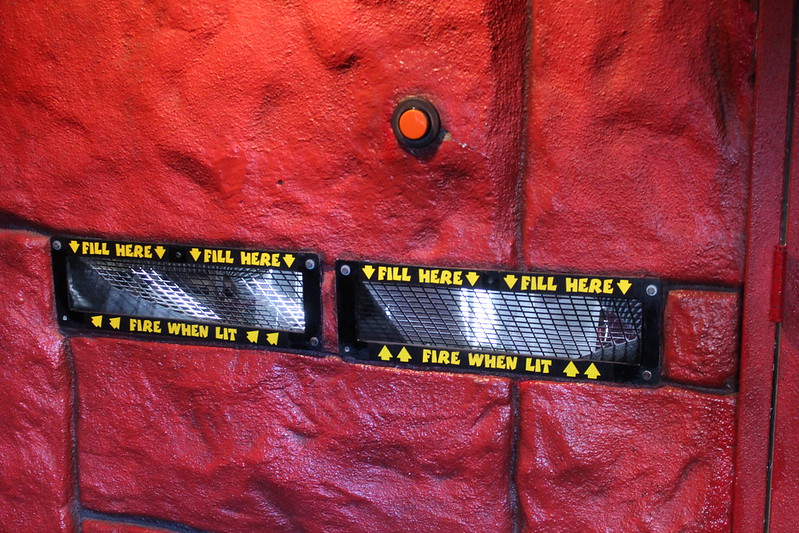 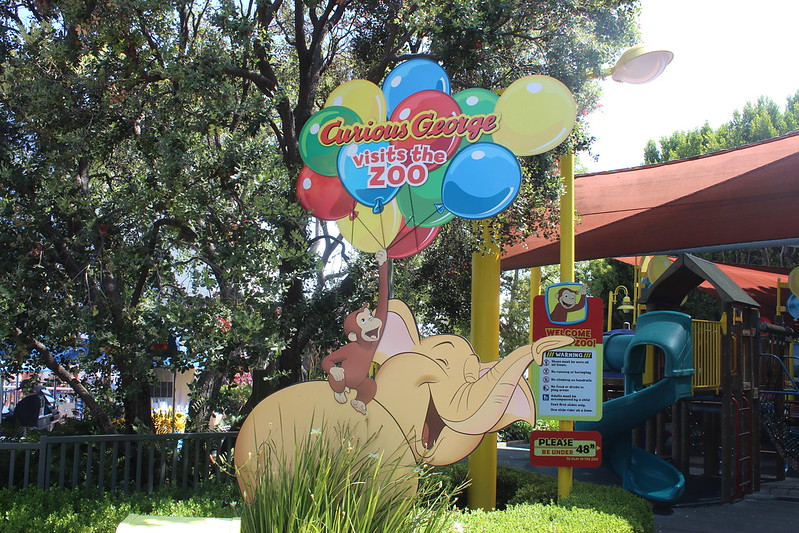 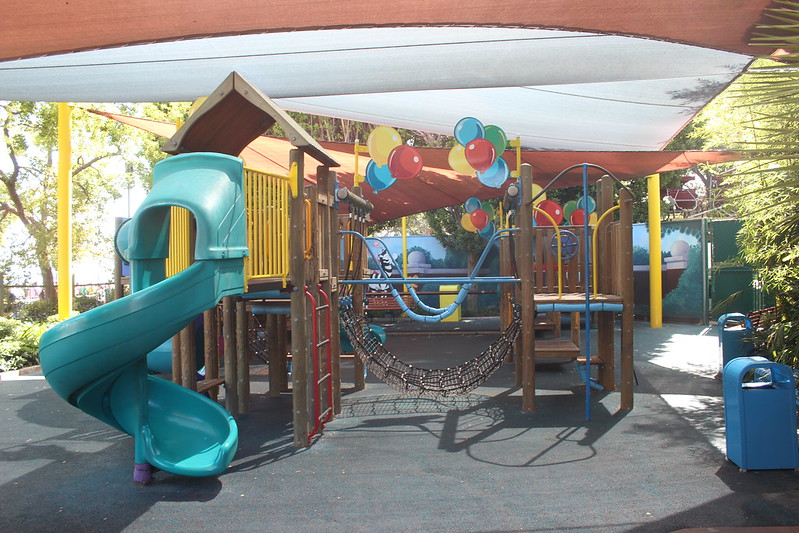 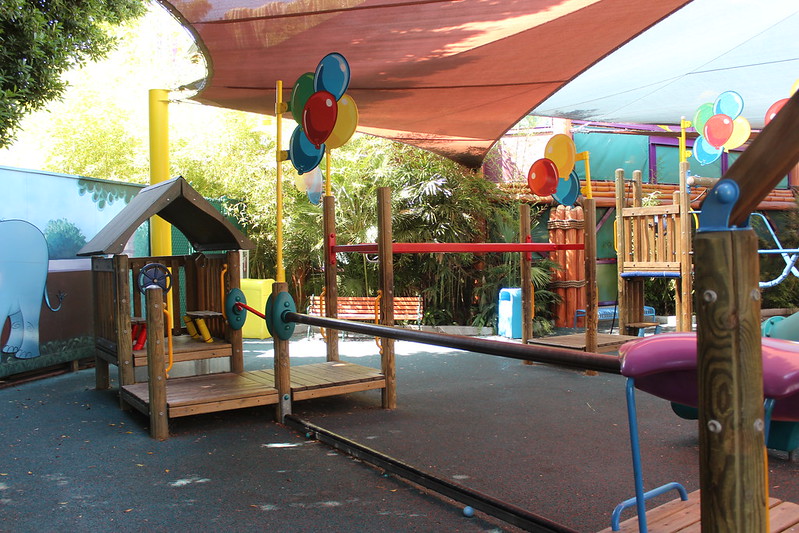 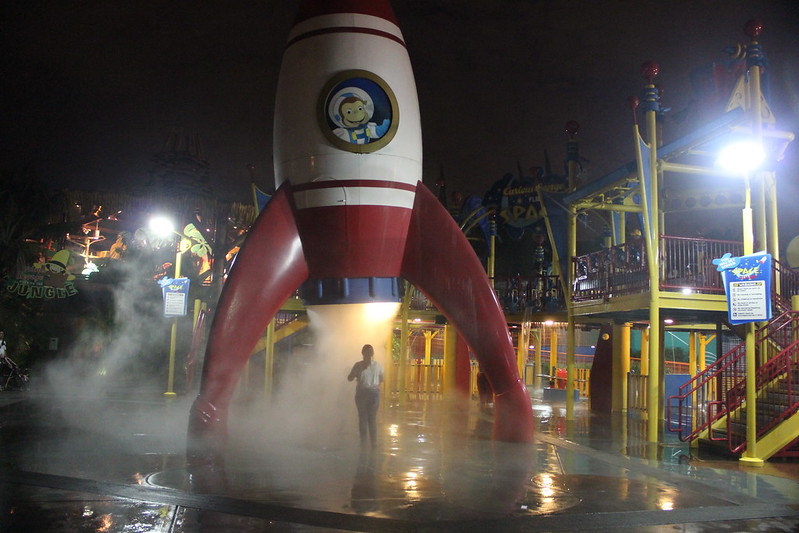 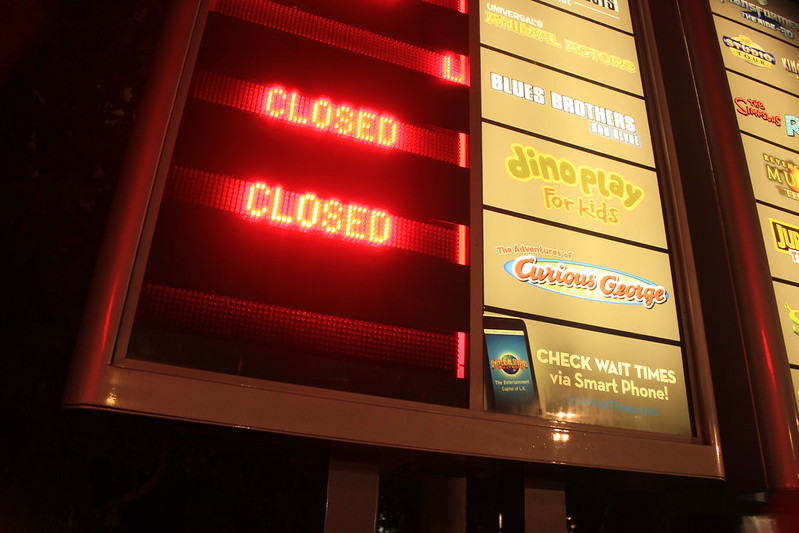 With the addition of a fountain in the newly opened Universal Plaza, and the Dino Play children’s playground next to Jurassic Park: The Ride in the Lower Lot, as well as the rumored addition of another water and dry playground next to Despicable Me, the loss of Curious George has already been offset. For those of us who had fond memories of the area from its Nickelodeon days, the closure is bittersweet.

Just as its addition to the footprint of the Upper Lot did years before, the area that contains Curious George will once more be used to change the face of the theme park – this time as it becomes part of the Wizarding World of Harry Potter, along with the area that the also closing Gibson Amphitheater occupies. It will be interesting to see what the theme park does with this prime space in the coming weeks as we move into the Halloween Horror Nights season. If their recent success with the stunning Universal Plaza is anything to go by, the transformation will be well worth the wait.