Universal Orlando has announced that most of the Woody Woodpecker’s KidZone area will close at the start of 2023.

Universal hasn’t outright stated what the replacement will be other than the new area will “immerse guests in the adventures of beloved animated adventures”, which could mean an entire DreamWorks land – but that’s just speculation on our part. 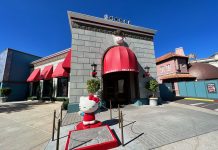