January 14, 2014 – As of today, Doc Brown’s Chicken and the Hollywood Cantina have both become the stuff of Hollywood history.

The two eateries, which took up an odd but beloved section of the Upper Lot, have both been demolished Inside Universal has learned.

Hollywood Cantina started its demolition on the 12th, and by the 13th was completely leveled. The Cantina served what would be best called Tex-Mex style food (because it really doesn’t count as pure Mexican food), and offered great bang for the buck. Portions were rather generous, and the tostadas were always filled to the brim. 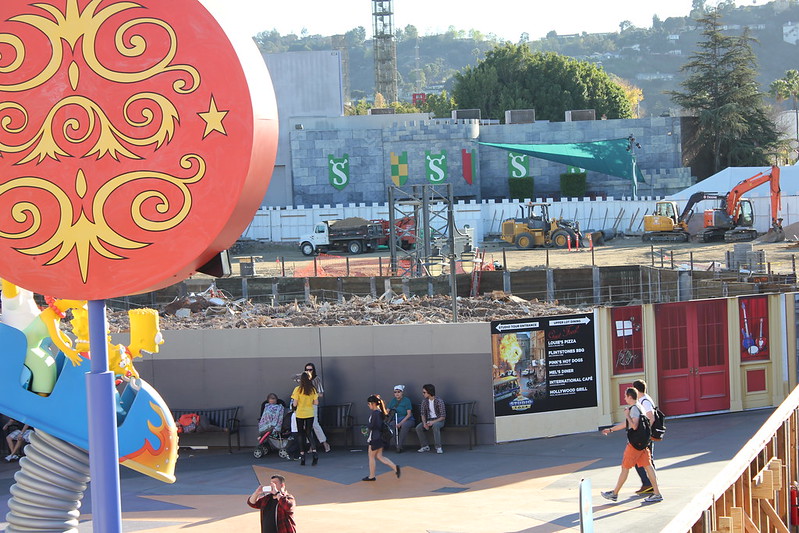 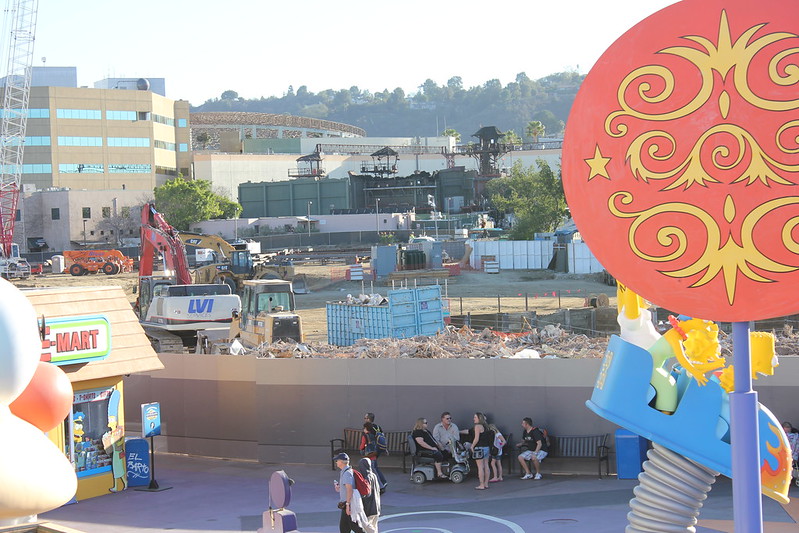 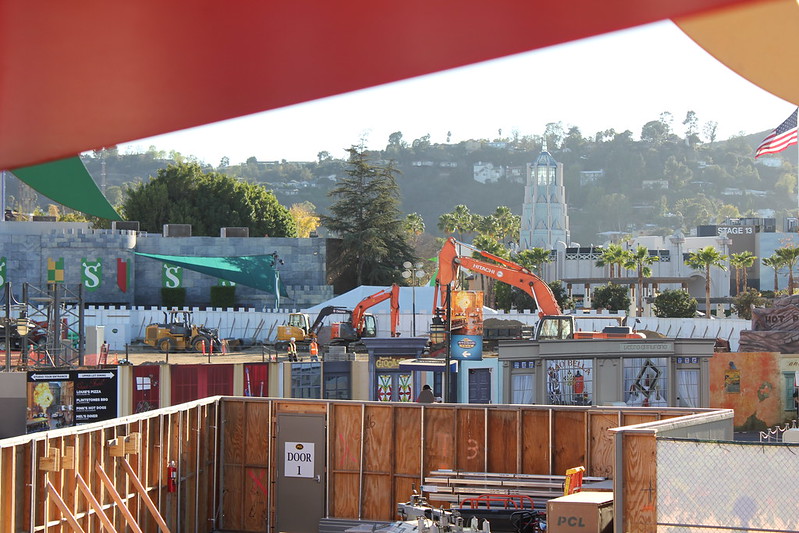 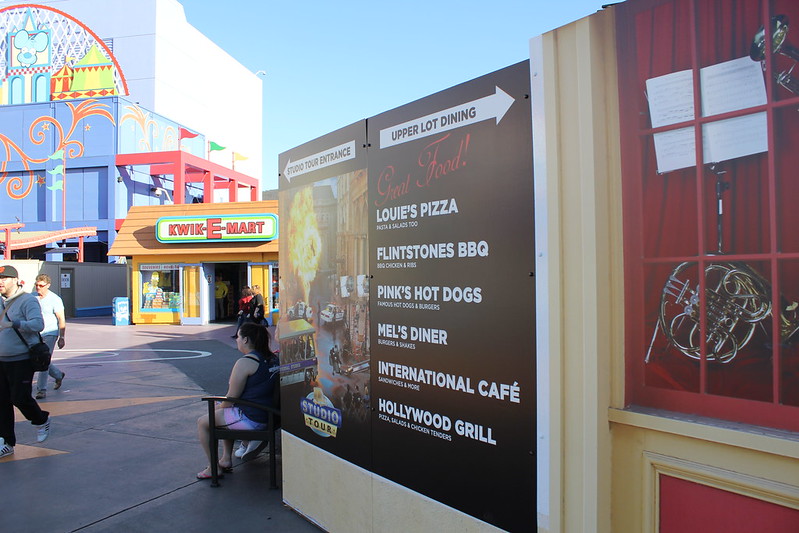 The Cantina’s positioning was often a source of confusion for guests however, as it occupied the corner of what used to be part of a hybrid Amity / riverboat area. The area, which still hosts the Flintstone’s BBQ, was also once the location of K.I.T.T. from Knight Rider. The old rain effect fountain from that photo spot remained until yesterday.

The Cantina’s closure follows on the same demolition path as the old Studio Souvenirs store, which was directly in front of it and already cleared months ago to make room for the Wizarding World of Harry Potter.

Doc Brown’s Fancy Fried Chicken was another oddball but beloved by fans of the Back to the Future franchise and fried chicken alike. The chicken dinner meal was often seen as well-priced for theme park food.

Formerly the home of two other chicken restaurants, Doc Brown’s was themed to match the newly opened Back to the Future: The Ride. After the ride’s closure in 2007, the chicken shack remained – but everyone knew its days were numbered.

With the expansion of the Simpson’s Ride to include eateries from the world of the show, Doc Brown’s was finally removed to make way. A food court modeled after the existing Fast Food Boulevard at Universal Studios Florida is widely expected to serve as Simpsons Plaza’s new food eatery.

Keep checking in with us for the latest news from the park. Thanks for reading! 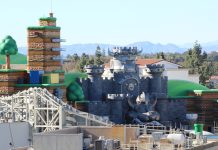