February 4, 2014 – With only nine weeks till the grand opening of Despicable Me, the push is on to not only get the ride, facade and Miss Hattie’s finished, but Super Silly Fun Land as well.

Inside Universal has learned several new details about Despicable Me:

» Super Silly Stuff will be the new store for the land

» Minion Mayhem will include two training rooms and two separate preshows, per MiceChat on Twitter.

» Super Silly Fun Land will include a spinner alongside a water playground with bucket drops, similar to the Adventures of Curious George playground.

» Employee training has begun, with prospective lab assistants spotted around the attraction.

As Super Silly Fun Land continues to progress, construction walls have been pushed out to allow for more construction.

The new entrance arch for Super Silly Fun Land has also begun to pop up, as well as the new water play area. In the photo below (along with a snapshot of the employee uniform), you will see the inspiration for the water area has been taken directly from the now-dismantled Adventures of Curious George play area – with a water bucket sitting atop waiting to splash guests with hundreds of gallons of water. 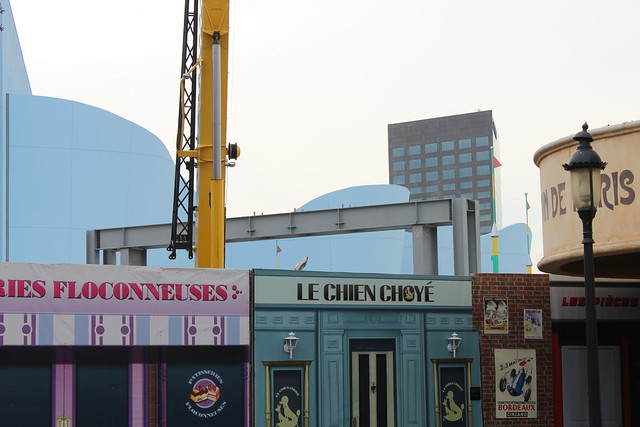 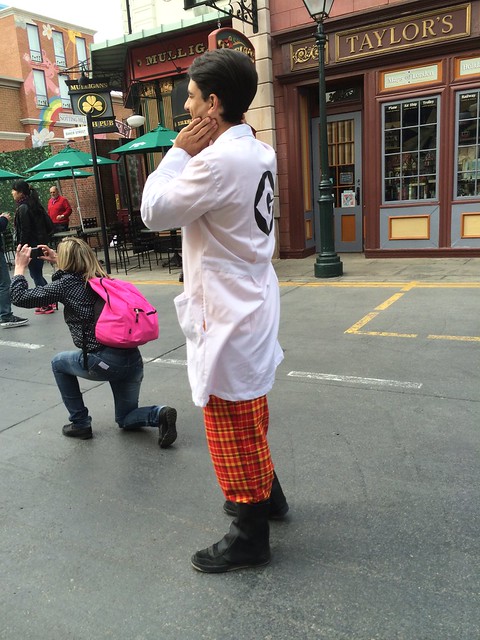 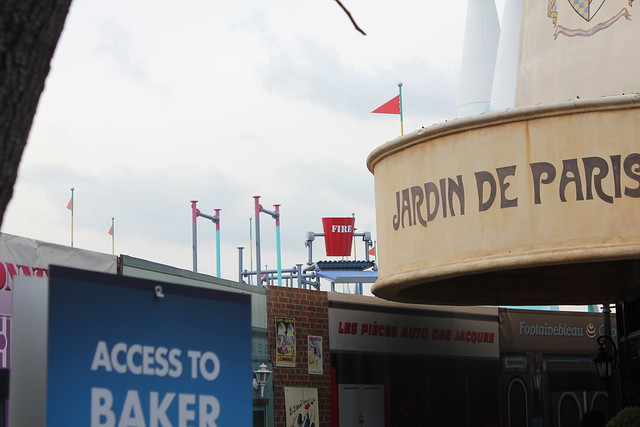 Situated right behind the water play area will be the Super Silly Fun Land spinner, similar to Kang and Kodos ride over at Universal Studios Florida.

In a strange turn of events, Universal has also decided to market the ride by branding the entire project Despicable Me: The Ride on their website and social media outlets despite the established moniker Despicable Me: Minion Mayhem. While this unexpected change is unlikely going to affect the actual ride, it does present an interesting conflict between Universal’s preliminary marketing and the signage seen in the park. 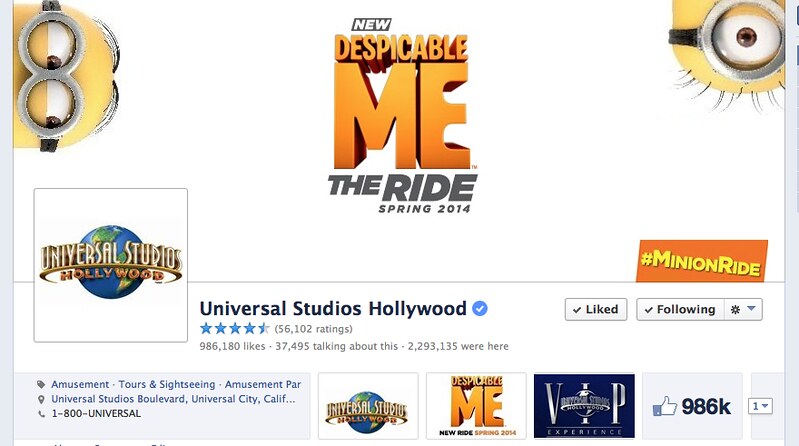 Please stay with Inside Universal for continuing coverage of Universal Studios Hollywood and Despicable Me.