March 24, 2014 – The site of the former Fung Lum Chinese restaurant is now slated for demolition, Inside Universal has learned.

Constructed in 1982, Fung Lum was primarily known for its unique architecture and stunning views of the San Fernando Valley. At one point, guests would drive through Lankershim Boulevard and enter through an expansive restaurant that housed over 400 patrons. Unfortunately, while the restaurant’s location was in the heart of Universal City, Fung Lum would close in 1998. 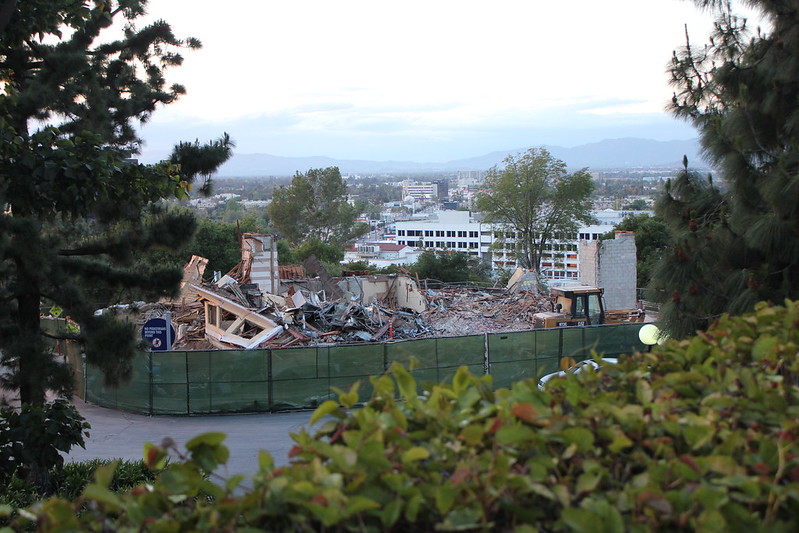 While the area has not seen any activity for the last decade or so, construction crews were recently spotted inspecting the area. By late March, the restaurant’s imported tiles were being ripped from the building’s roof in preparation for demolition. The entire site has now been walled off from public access.

As outlined in the NBCUniversal Evolution Plan, the site of the former Fung Lum restaurant is slated to be home to a new 500-room hotel. This would be one of two proposed hotels being constructed – the other being planned in front of the uniglobe entrance.

Demolition of the restaurant is expected later this year.