July 5, 2014 – As Inside Universal first noted back in April, International Cafe has been rebranded as French Street Bistro.

Carrying a selection of salads, pastries, espressos and teas, French Street Bistro carries a similar menu with that of its predecessor, International Cafe, with an emphasis on healthy dining and easy grab-and-go selections from Theatre Cafe.

Gone are International Cafe’s red canopies and wooden flooring, and in their place a lowered striped ceiling featuring hanging lights and frosted glass acting as a barrier between the kitchen and the common dining area. In similar fashion, International Cafe’s warm, rustic colors have also been replaced with a contemporary color scheme, featuring tasteful white trim and light-blue flooring alongside off-orange highlights that carry into the building’s facade. However, despite the changes to the food counter, the dining area remains mostly the same – retaining its rustic theme.

With the recent retheme of Mouline Rouge (with an emphasis on its French theme, featuring stilt mimes, character actors and brighter colors), Universal has attempted to double down on theming throughout the park, emphasizing each area’s specific focus with romanticized portrays of their intended target. 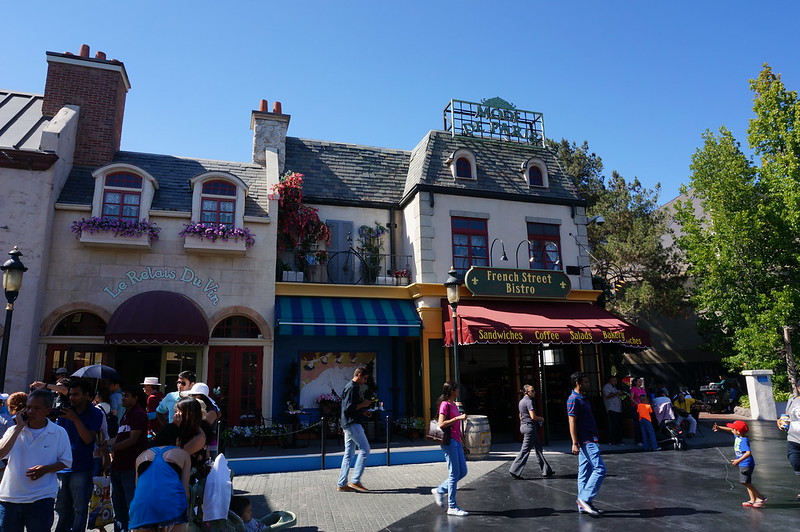 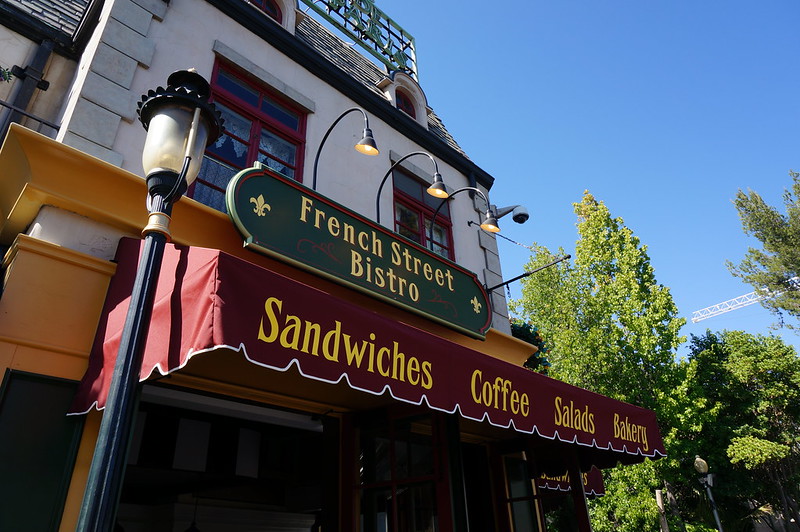 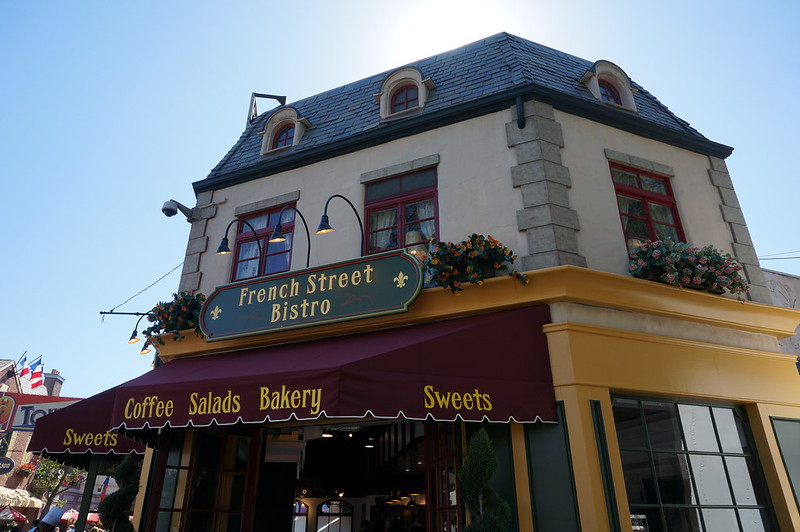 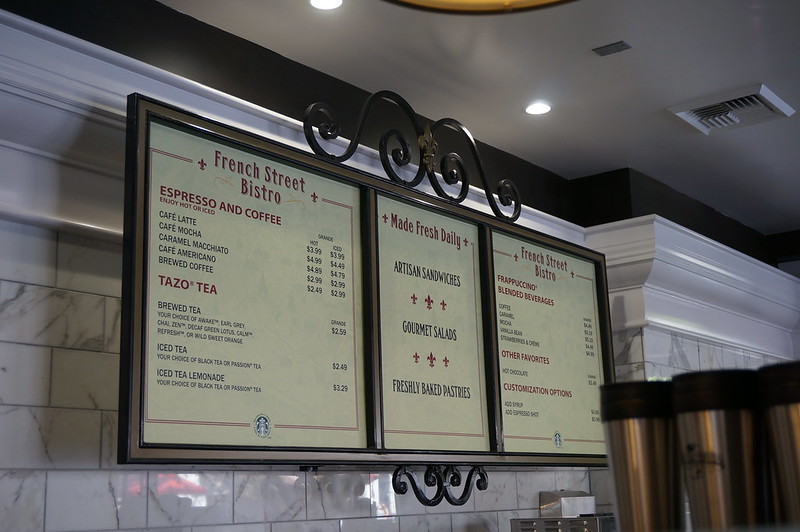 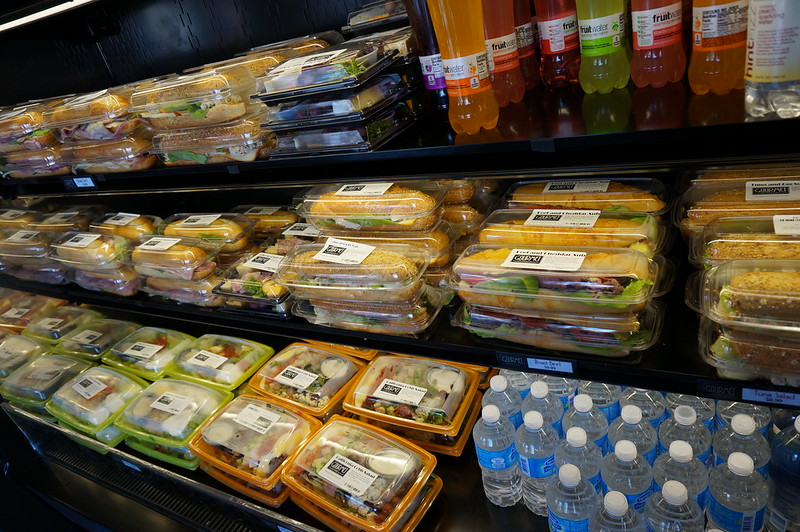 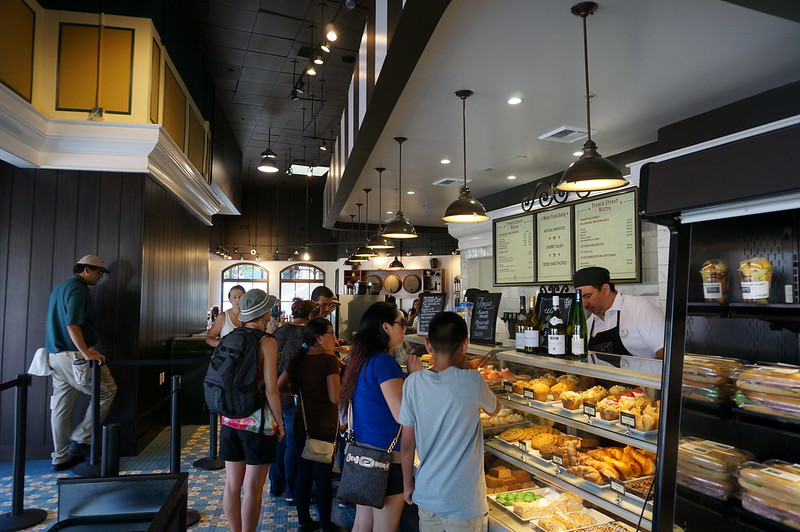 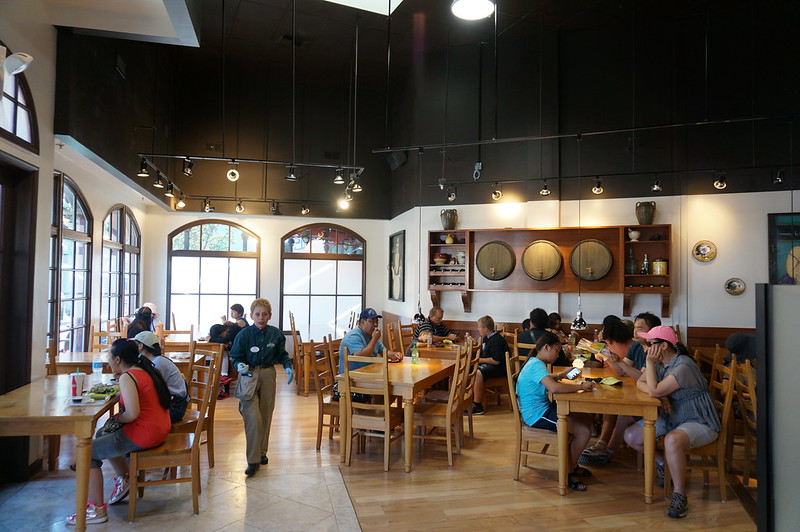 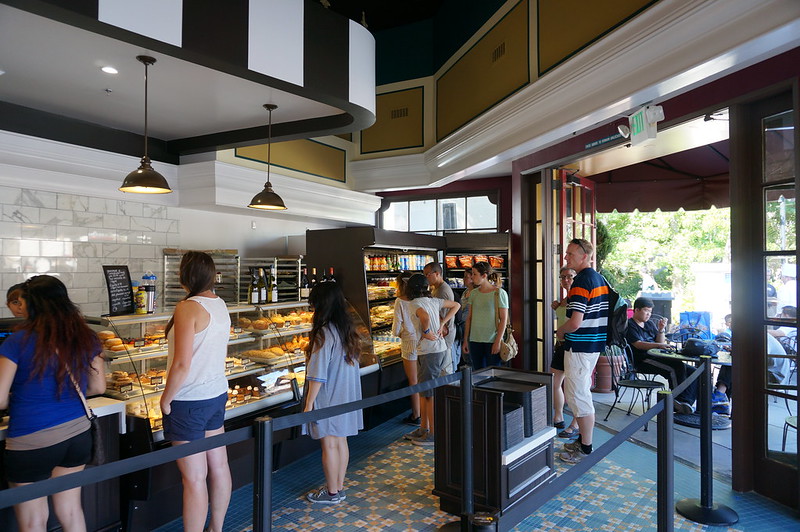 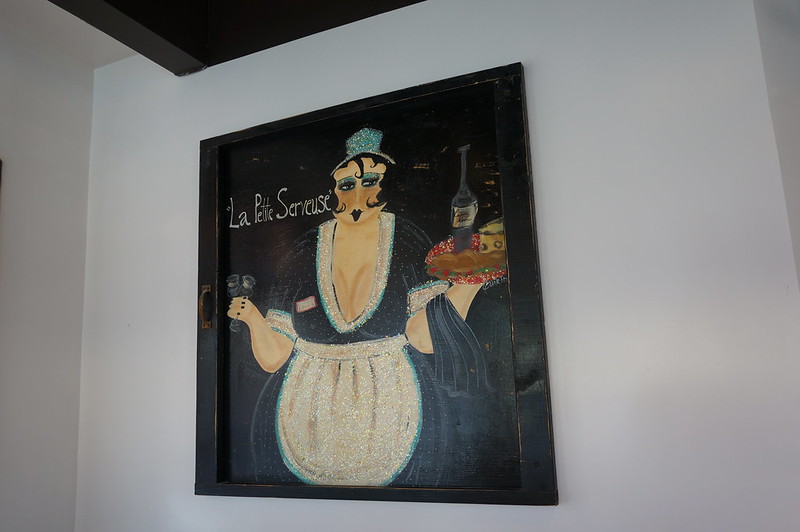 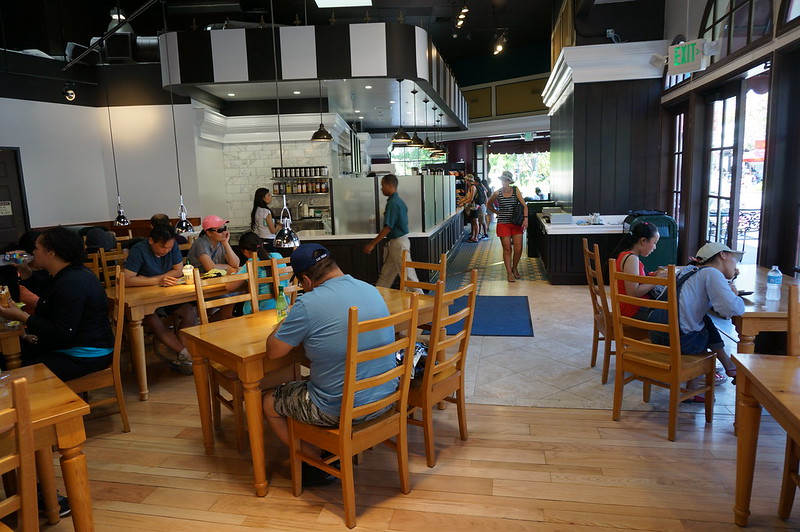 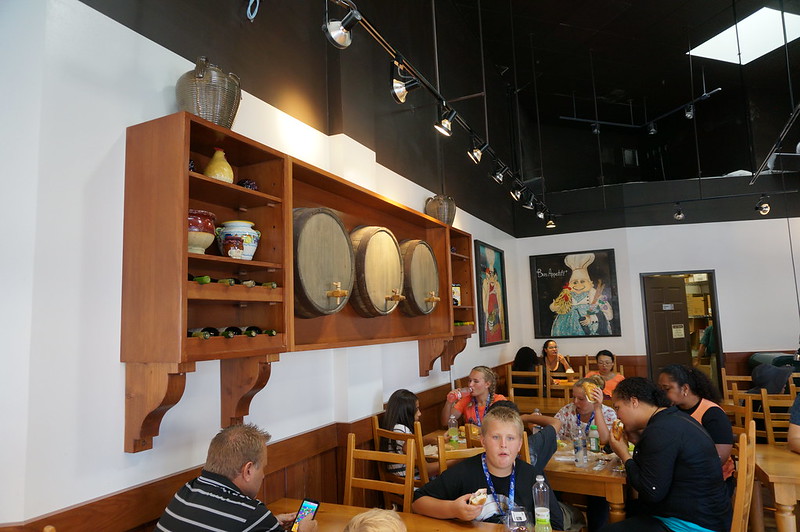