Before we get into more Halloween Horror Nights announcements today, Universal has announced their plans to celebrate the Holiday season at the resort.

Beginning Dec. 6 and running daily through Jan. 3, the Holidays at Universal Orlando features the return of it’s celebrated festivities.  At Universal’s Islands of Adventure, families will light up with holiday cheer as Grinchmas comes to life throughout Seuss Landing. Guests can enjoy a live retelling of Dr. Seuss’s classic holiday tale, “Grinchmas Who-liday Spectacular,” featuring the Whos from Who-ville, accompanied by an original musical score by Mannheim Steamroller. Guests can also meet The Grinch and the Whos and on select dates, enjoy a special breakfast with the characters.

At Universal Studios Florida, the Macy’s Holiday Parade will fill the streets every evening with the same larger-than-life balloons seen in Macy’s famous Thanksgiving Day Parade in New York City. This year, you won’t want to miss the Chloe The Clown “Balloonicle,” a new addition to the parade that combines a towering balloon with a self-powered vehicle that roams the streets of Universal Studios. Guests will also enjoy colorful holiday characters, fantasy-filled floats and a tree-lighting ceremony by Santa Claus.

This year, the masters of modern Christmas music—Mannheim Steamroller—will return to the stage to spread Christmas cheer. With more than 40 million albums sold worldwide, the acclaimed musical group will take to the Music Plaza stage in Universal Studios on select nights to perform their memorable holiday hits. Performance nights are Dec. 6, 7, 14, 15, 20 and 21.

It’s never too early to plan how you’ll ring in the New Year. At Universal’s CityWalk, guests can experience a dynamic New Year’s Eve celebration which includes non-stop entertainment, unique party zones—each with their own entertainment and signature drinks—along with six different clubs with live music, unlimited gourmet cuisine, and Orlando’s largest dance floor. Information about New Year’s Eve event tickets will be released at a later date. 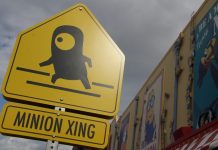 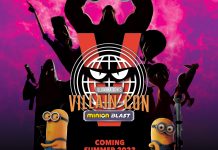 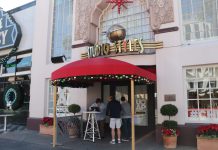 UOAP Lounge to relocate to Islands of Adventure in 2023