One complaint that I can see most families having up until a few years ago was the severe lack of a parade at Universal. Islands of Adventure’s midways are way too narrow to allow this to happen. The Studios layout can be a little tricky, but it could be done. In 2012, Universally finally introduced the Superstar Parade to the Studios park.

Featuring characters from some of the hottest properties in children’s entertainment, including Despicable Me and Dora the Explorer, the parade makes it’s way through New York, Production Central and ends in Hollywood. The parade momentarily stops in New York for a street performance and in Hollywood at the tail end of the show. This allows the little ones to take part in the action! 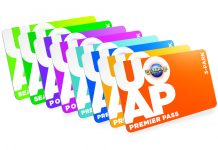 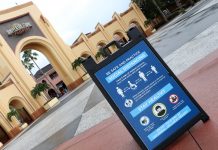 Brian Glenn - June 27, 2020 0
Universal Orlando has announced that The Bourne Stuntacular will grand open on June 30, 2020 at Universal Studios Florida. Billed as the most technologically-advanced stunt...

Brian Glenn - June 19, 2020 0
Universal Orlando has announced it will resume billing monthly payments for annual passholders using the FlexPay program beginning on June 25, 2020. Monthly payments were...
© 2019 - All Rights Reserved - Inside Universalis not affiliated with Comcast, NBCUniversal, Universal Parks & Resorts, The Walt Disney Company, The Blackstone Group or SeaWorld Parks & Entertainment. You may not copy, redistribute, publish, sell, or otherwise make the original contents of this website available to third parties unless you have received prior authorization from Inside Universal.