Update – August 27, 2014 – Contrary to our initial report, Louie’s Pizza & Pasta and Ben & Jerry will remain open whilst the surrounding area undergoes construction in preparation for Springfield. Flintstone’s Bar-B-Q, on the other hand, will be demolished for the Wizarding World of Harry Potter.

We apologize for the initial error.

Surrounding much of Simpsons Plaza, Louie’s and the adjacent Ben & Jerry’s counter-serve restaurants are part of Universal’s original Upper Lot district, originating from the late 1970s to early 1980s as part of the original Castle Theater (currently housing the Special Effects Stage).

In similar fashion, Flintstone’s Bar-B-Q has also been an installment of Universal’s Upper Lot since 1975, once serving as the riverboat to the adjacent lake. The venue was later repurposed to the current Flintstones theme.

While the future of Louie’s and the adjacent Ben & Jerry’s counter-serve is unknown, Springfield and its neighboring Simpsons Ride have been making inroads in and around Simpsons Plaza – making Louie’s and Ben & Jerry’s prime targets for the Simpsons franchise. Similarly, Flintstones is widely believed to be blocking the surrounding Wizarding World of Harry Potter complex, which is due to open in 2016. 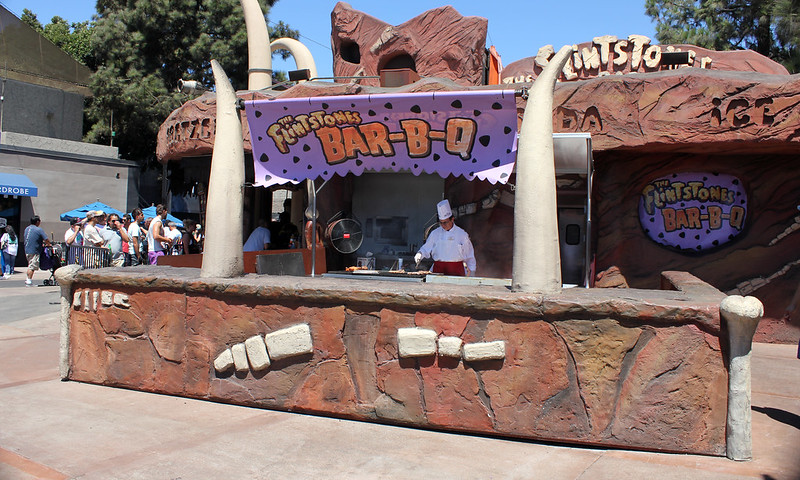 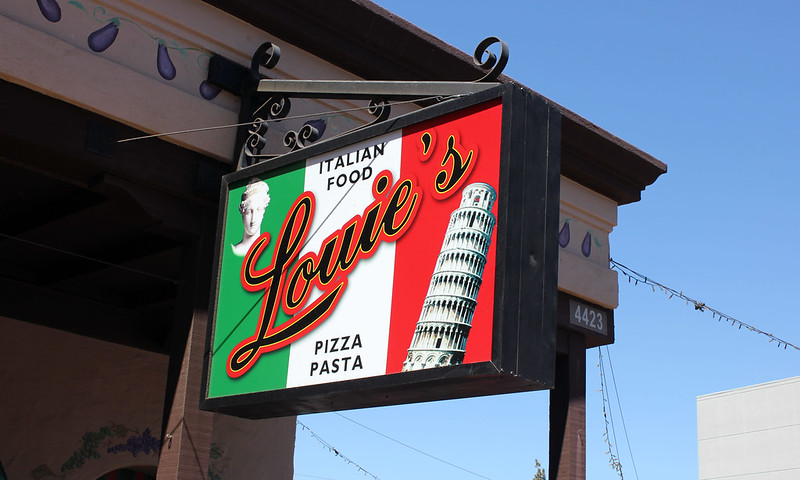