September 16, 2014 – As Halloween Horror Nights begins this Friday night, we would like to offer a survival guide for you to have the best possible experience. Each night of the event is usually very crowded and sold out, so this guide is our attempt to help you make the most of your experience and – both in navigation and planning. Please note that each year may be different, but here are some hints that we’ve found to be helpful in years’ past.

Here is a breakdown of the maze locations and some hints. Remember that there are no shows this year, so maze queues will almost certainly be longer.

The event offers two entrances to get into the park: the main gate entrance (which is the normal daytime entrance) alongside the entrance nestled between the VIP Entrance/Will Call windows and the self-service kiosks. 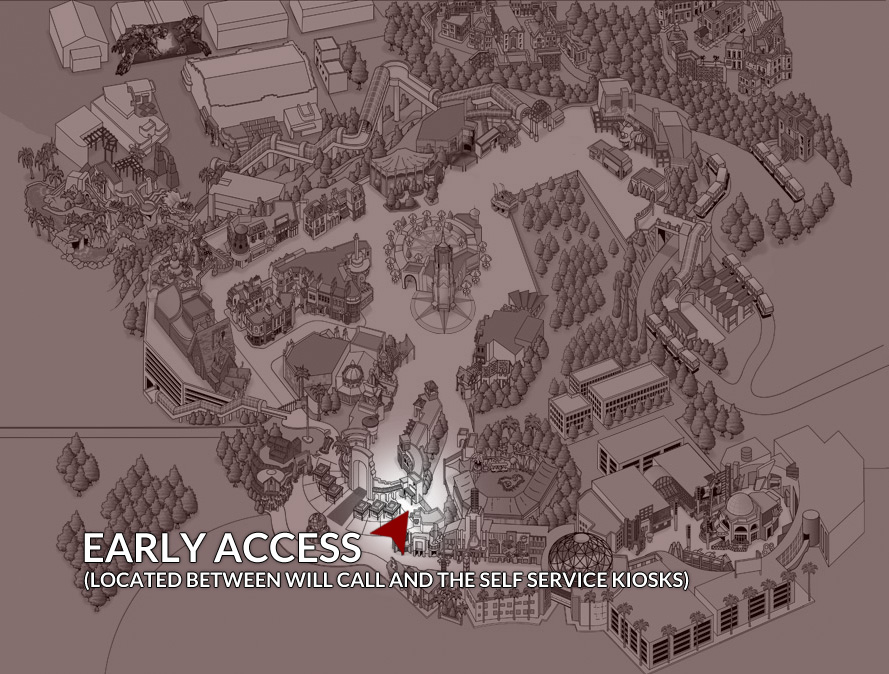 If you don’t mind missing the Opening Scaremony, the side entrance will give you a fifteen minute head start to get to the Lower Lot and proceed to the Metropolitan sets and mazes. Since last year’s backlot experiences received the longest wait times of the night, this early start may provide a great way to beat the initial crowds.

Banners will be on display throughout the entrance to help you find which option is right for you, and expect a string of metal detectors before you get through the gates. Have your ticket ready in your hand, and identification for safe measure.

This year’s event has seven mazes and five scare zones.

The Walking Dead, Alien vs. Predator, From Dusk Till Dawn, Clowns 3D, An American Werewolf in London, Dracula Untold, and Face Off.

Okay, where do I start?

Our recommendation is go to these mazes first before they get crowded. Last year, it wasn’t unheard of to hear the Metropolitan Set mazes hitting the two-hour wait mark after a few hours into the event. Get these experiences done first, and proceed to the Lower Lot.

Proceed to the Lower Lot. 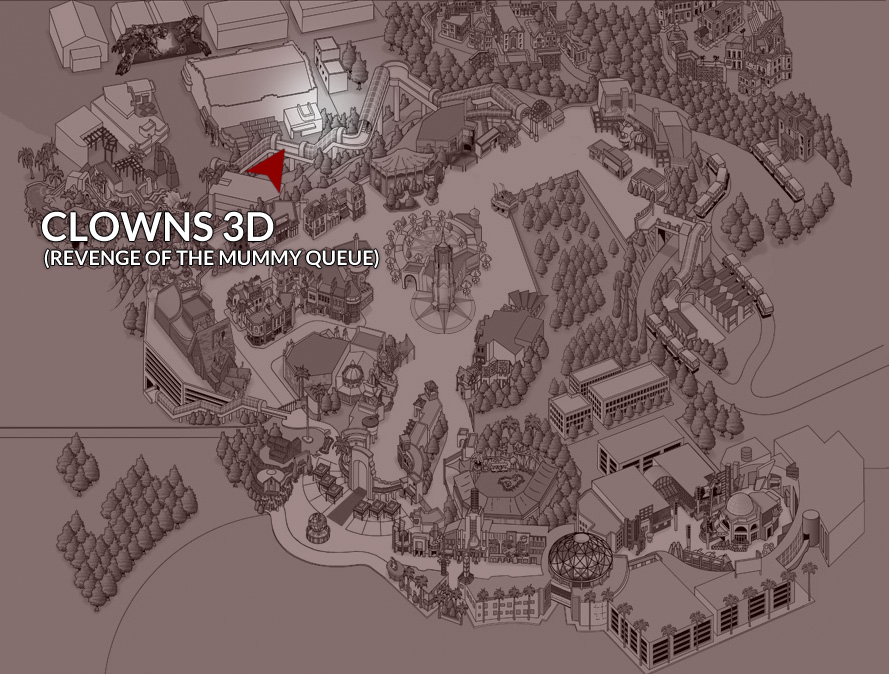 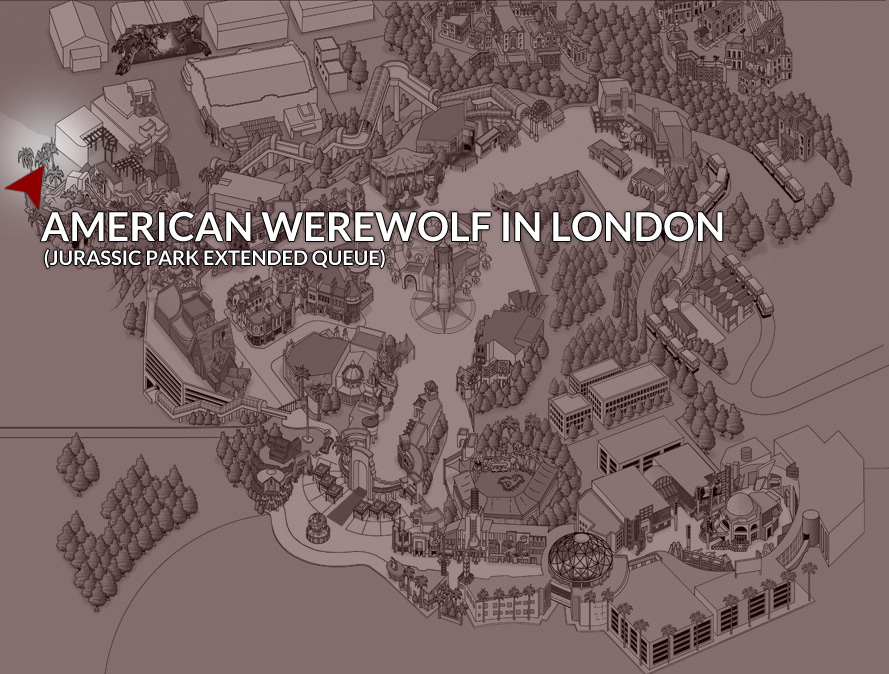 Since you’ve already accomplished the Metropolitan Sets by the time crowds have reached the backlot, the Lower Lot should be less congested.

Of American Werewolf in London and Clowns 3D, we believe that An American Werewolf in London will be the more crowded of the two mazes – location being primary the reason. The line for the Jurassic Park queue mazes in the past have usually begun right where the StarWay empties, leaving hoards of crowds entering the experience. In contrast, the Revenge of the Mummy queue maze entrance is usually tucked away behind the Lower Lot digital schedule display.

After experiencing both mazes, you can then proceed to the three ride options in the Lower Lot, which include Jurassic Park in the Dark, Revenge of the Mummy: The Ride and Transformers: The Ride – 3D.

Head on up to the Upper Lot.

Once you’ve accomplished everything in the Lower Lot, you’ll be left with three options: either the Terror Tram or the two mazes located on the Upper Lot.

These include Dracula Untold (which is located in the Parisian Courtyard), Face Off (located in the former venue for Universal’s House of Horrors), The Terror Tram (which takes place on the backlot through the Studio Tour). 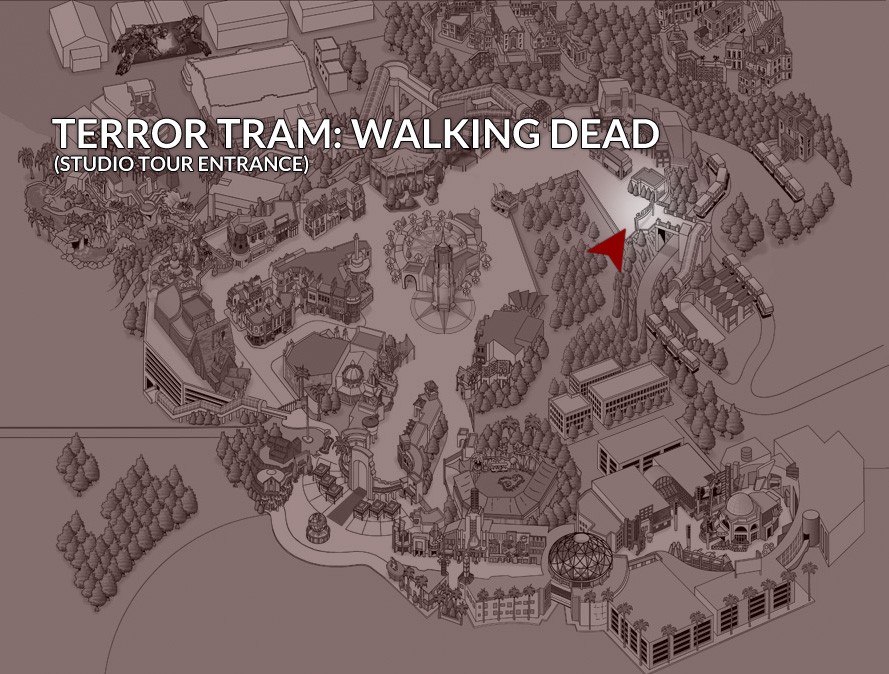 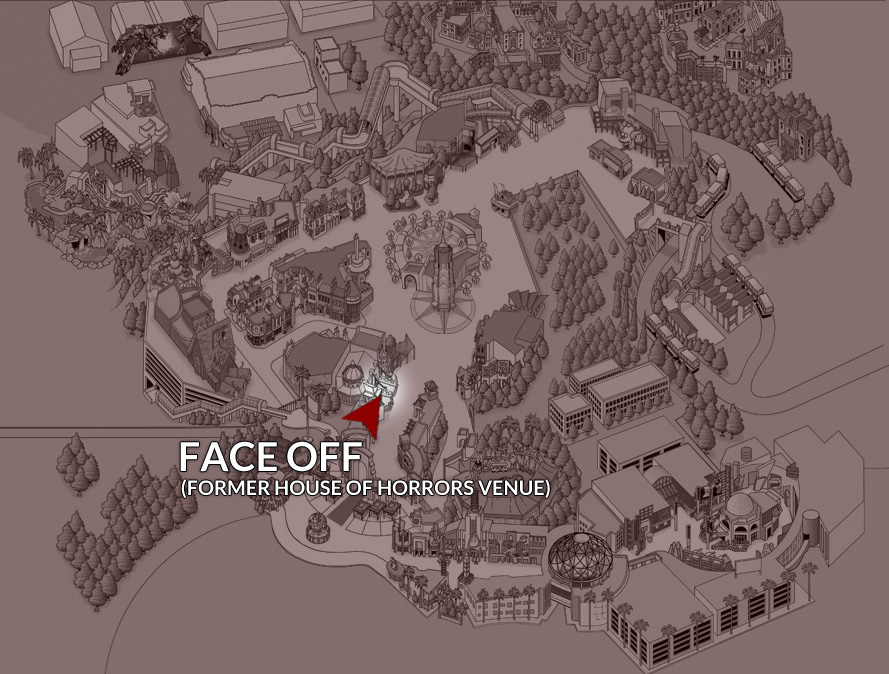 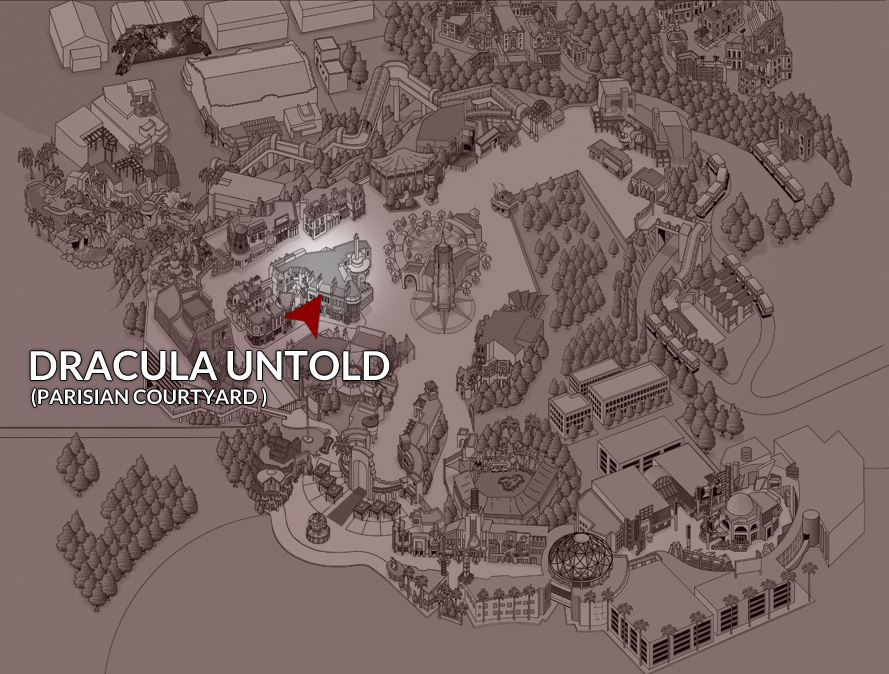 We recommend completing the Terror Tram first to experience The Walking Dead. Due to noise ordinances, the Terror Tram is typically the first attraction to close, so it’s essential that you note the tram’s operational schedule. Be sure to also note that the Terror Tram is one of the longer experiences of the night, so be sure to take that into account when planning your agenda.

Once you’ve completed the Terror Tram, you can head to Dracula Untold located within the Parisian Courtyard. With Face Off as your final maze, you can finish the night off at your leisure. Like most House of Horrors overlays, Face Off will typically garner a very short wait time – allowing you to free up your night with rides (including Despicable Me: Minion Mayhem and the Simpsons Ride) and repeat maze visits.

If you are on Twitter, be sure to follow John Murdy @HorrorNights for tips and prize locations. From Dusk Till Dawn will feature a special password every night of the event this year.

The adjacent CityWalk complex has several options at your disposal. If you arrive early, you can also skip the long parking lines that usually accumulate before the event. The food options in the park typically get very crowded and can take away time spent doing mazes and attractions. Souvenir sippers once inside the park are an especially good value since the event can be warm and having refills at a discounted price is helpful.

This is what we’ve found to be the best way to do Horror Nights. We wish you the best, and remember to survive. 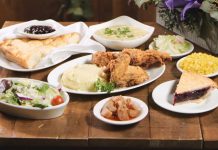