September 6, 2014 – Shrek 4D has begun construction for its new permanent queue, Inside Universal has learned.

Built to accommodate the anticipated Wizarding World of Harry Potter themed land, the Shrek 4D queue has largely consisted of black barricades and white tents as a temporary stopgap measure to offset the attraction’s decreased footprint. With the demolition of the Adventures of Curious George playground and the Gibson Amphitheater, the attraction has seen its queue extensively modified – with much of its original line pushed back and rerouted in an effort to remain operational in the midst of the park’s ongoing construction. More recently, the Donkey meet and greet has been relocated near Pink’s and Universal Plaza while construction walls have further enclosed the current temporary queue.

Earlier this year, the theater received a new enclosed hallway, allowing guests to enter the preshow room in reverse order through a pair of modified exit doors.

While questions have arisen concerning the future of Shrek 4D post-Potter, a permanent queue – however extensive – suggests that the attraction (or at least the building) will continue to have a presence in the park. 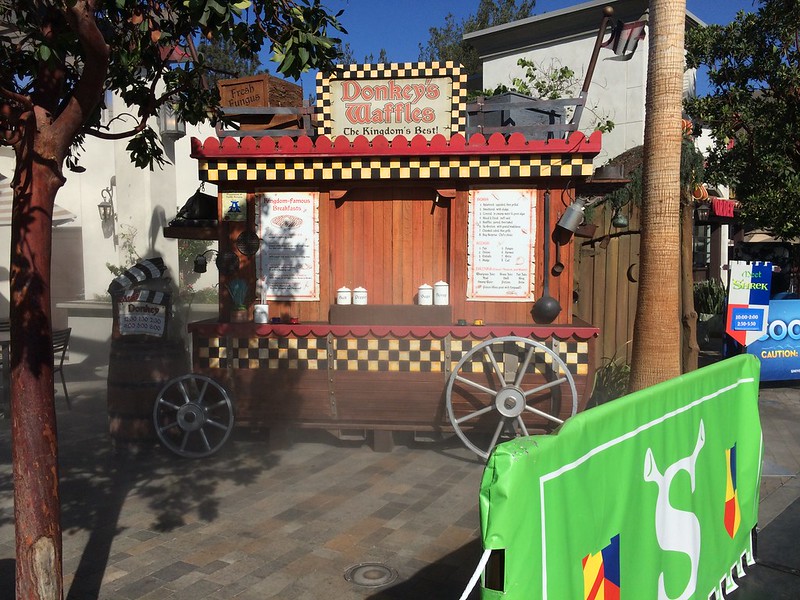 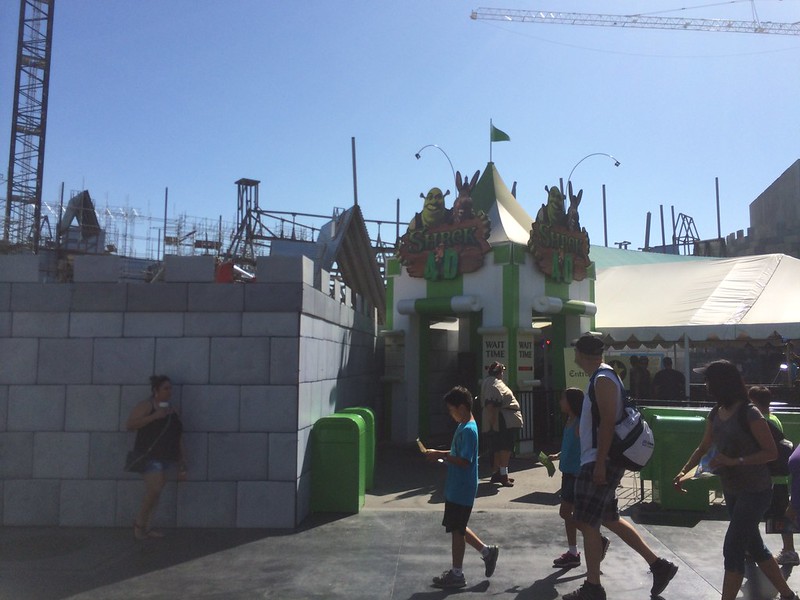 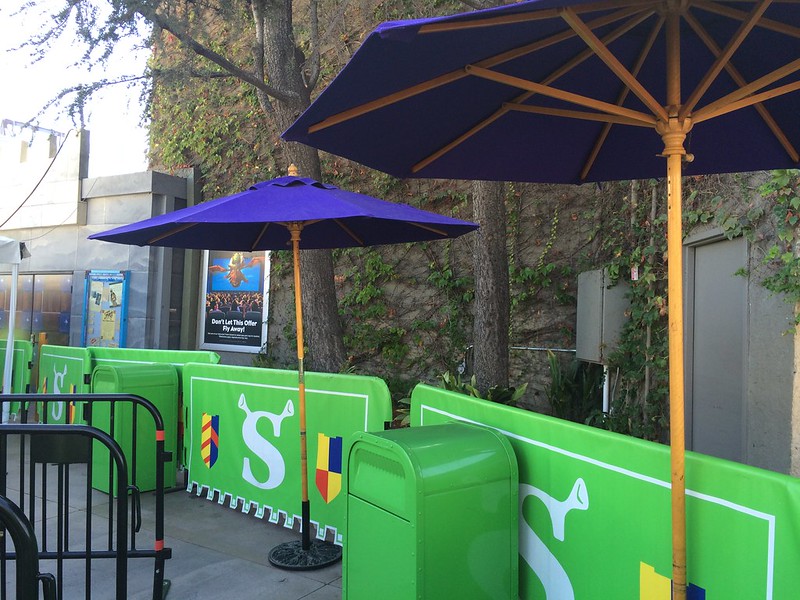 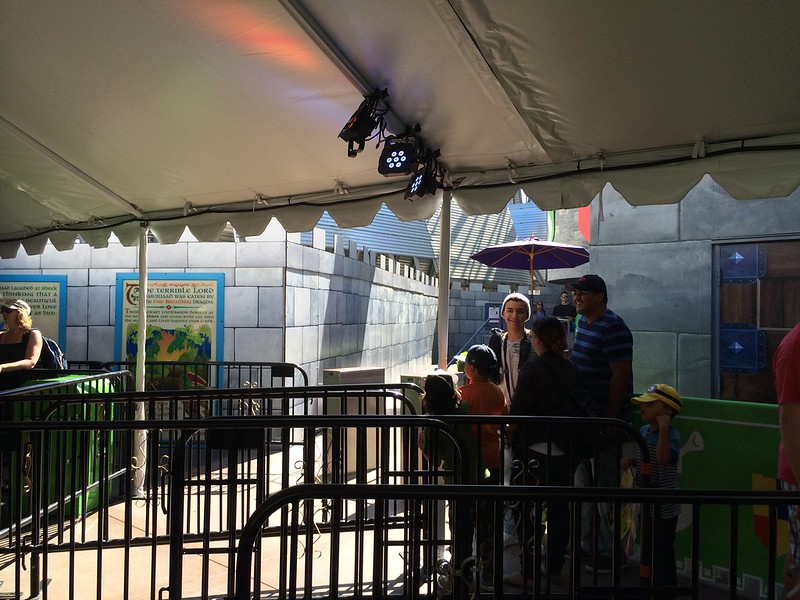