October 24, 2014 – Following recent controversy surrounding The Purge scare zone at Halloween Horror Nights, Universal has removed the auctioneer and her platform located in front of the flaming towers.

Based off the successful Purge franchise, the auctioneer would catcall advancing guests with suggestive commentary – oftentimes calling out bids for selected guests with crude remarks based on their appearance and gender. While explicit in nature, the auctioneer would provide some contextual information on the Purge franchise, which posits a day in which all crime is legal. This annual day of release would alleviate crime within the United States for the remainder of the year. 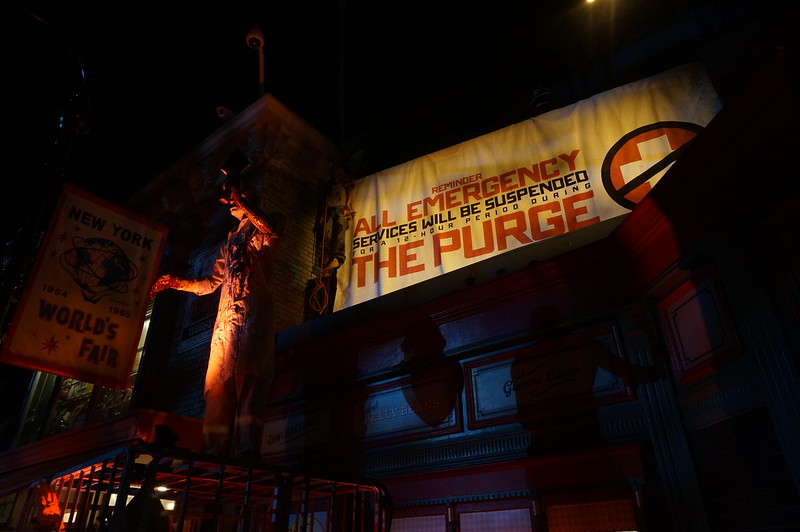 While the Purge scare zone is relatively new, longtime followers of Halloween Horror Nights would recognize the role of an antagonizer situated in front of the event’s entrance. With various different themes, the antagonizer would make explicit commentary on various guests, usually those that surround themselves around the speaker’s platform.

It should be noted that Universal’s Halloween Horror Nights is a mature event, with disclaimers placed on the ticketholder’s ticket alongside signs posted in front of the park’s arch.

The Purge incident comes on the heels of last year’s Bill & Ted closure, caused by an activist blogger who found the show offensive.