January 24, 2015 – While all our readers (and most of Los Angeles) awaits for opening of the Wizarding World of Harry Potter at Universal Studios Hollywood, I took a trip over the hill to Burbank and visited Mr. Potter’s first home, Warner Bros.

So if you want see the origins of the movie first-hand, you have to go to the source. 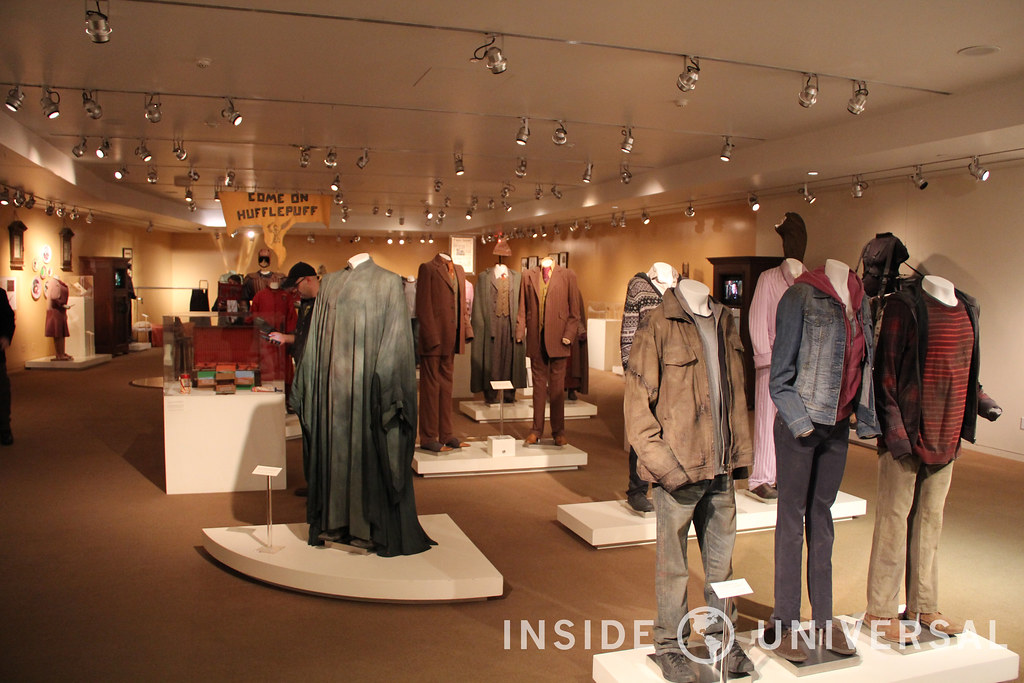 An overview of the Harry Potter portion of the Warner Brothers museum in Burbank with various props from all eight films.

While I said Warner Brothers doesn’t own-and-operate its own theme park, which is true, they do have an attraction (of sorts) in Burbank, California. They have a studio tour on their lot – which might be considered the second best studio tour in Los Angeles. What it doesn’t have in the way of Universal’s thrills and chills, it makes up for in smaller, personal interactions. It’s closer to a true ‘behind the scenes’ look at a functioning studio than a theme park attraction.

In contrast to massive four car trailers you board at Universal, Warner Brothers’ tour opts for large golf cart in groups of less then a dozen. You actually get to get off the cart at various stops and one thing they guarantee you to see is the inside of a working sound stage. Which sound stage you won’t know till the day of, as it rotates around shooting schedules (much like Universal’s own working backlot).

You are also guaranteed to visit the Warner Brothers museum at the end of your tour – the location we’re about to look at now. 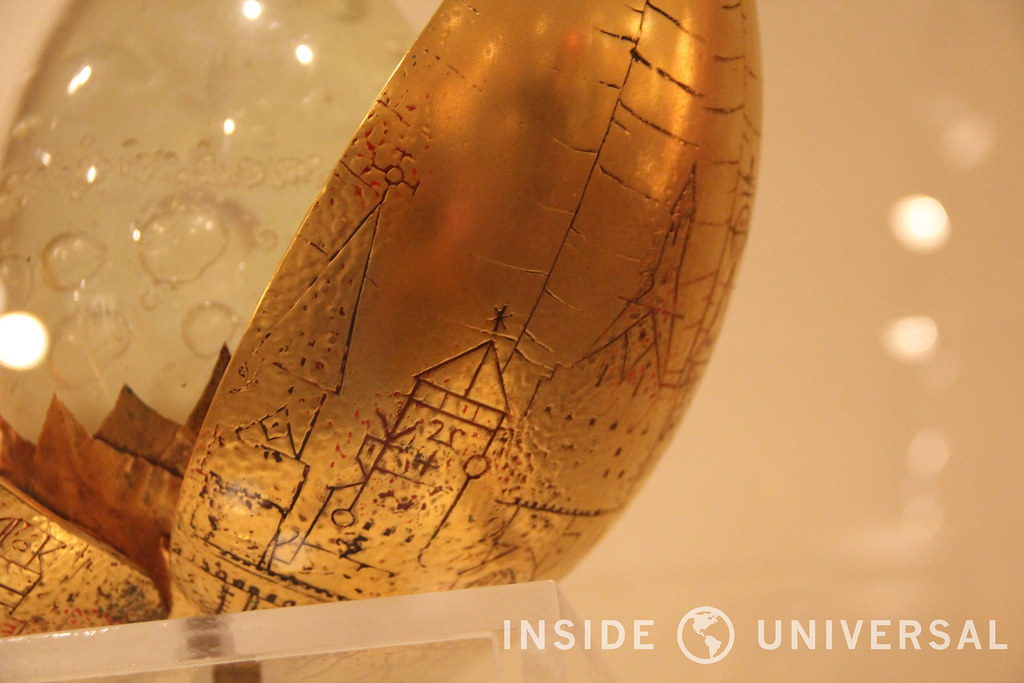 Anyone recognize this prop? It’s the golden egg that Harry Potter won in the First Task in the Goblet of Fire. 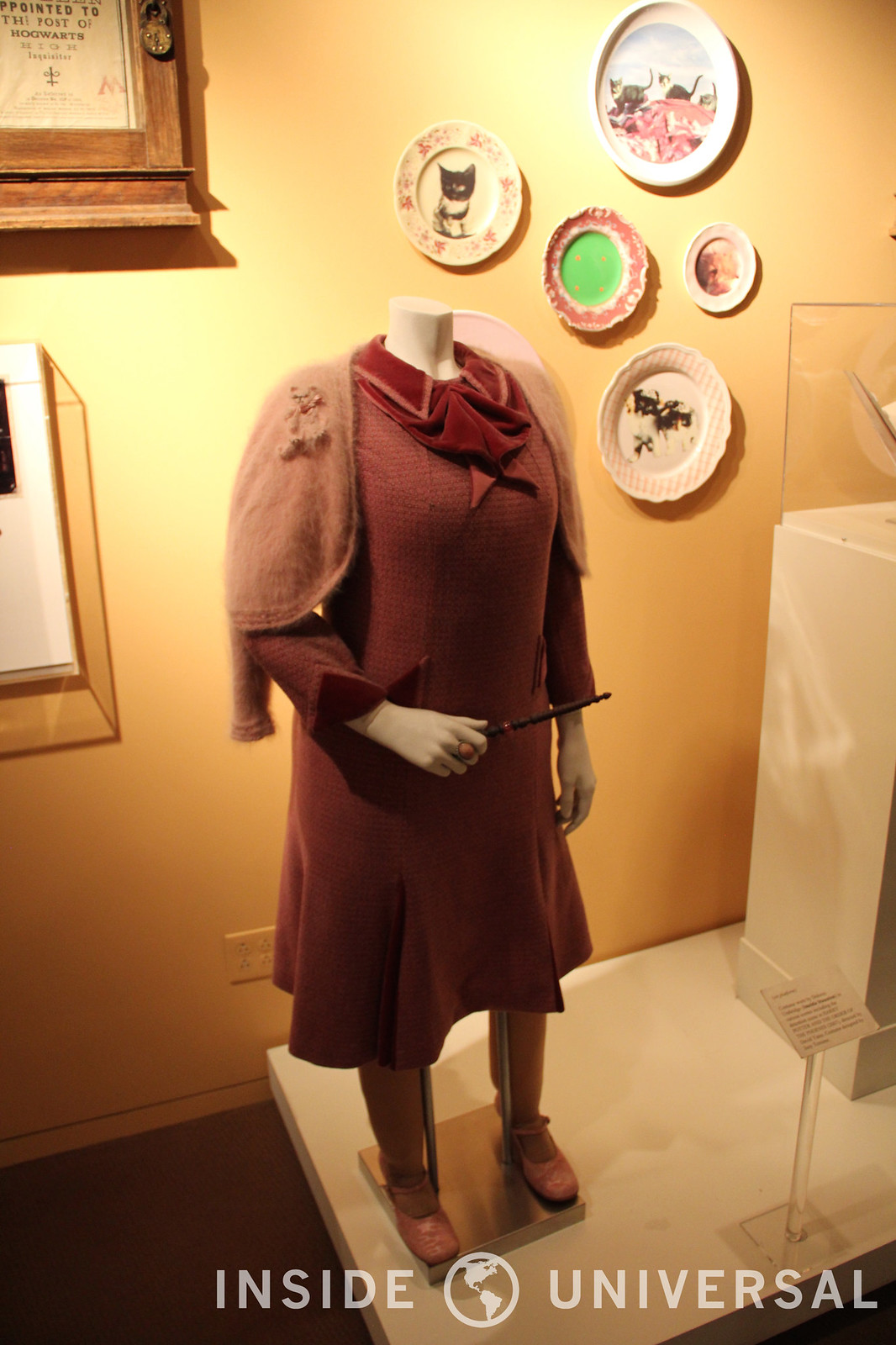 Much like the NBCUniversal Experience, the Warner Brothers museum is a rotating collection of studio memorabilia. At the moment, it is comprised of two franchises: Harry Potter and Batman (Warner is celebrating the 75th anniversary of the Batman franchise with a collection of various Bat-mobiles from the Burton, Schumacher & Nolan films). The museum has been half Harry Potter since the early 2000s, but guides there tell me it’s as popular as ever, featuring a collection of costumes and props highlighting memorable moments from all eight films.

One of the wonderful things about this museum is seeing the up close details that were put into creating the Potter world. Details that you don’t always see on film, but that we can expect to eventually see in the Wizarding World. 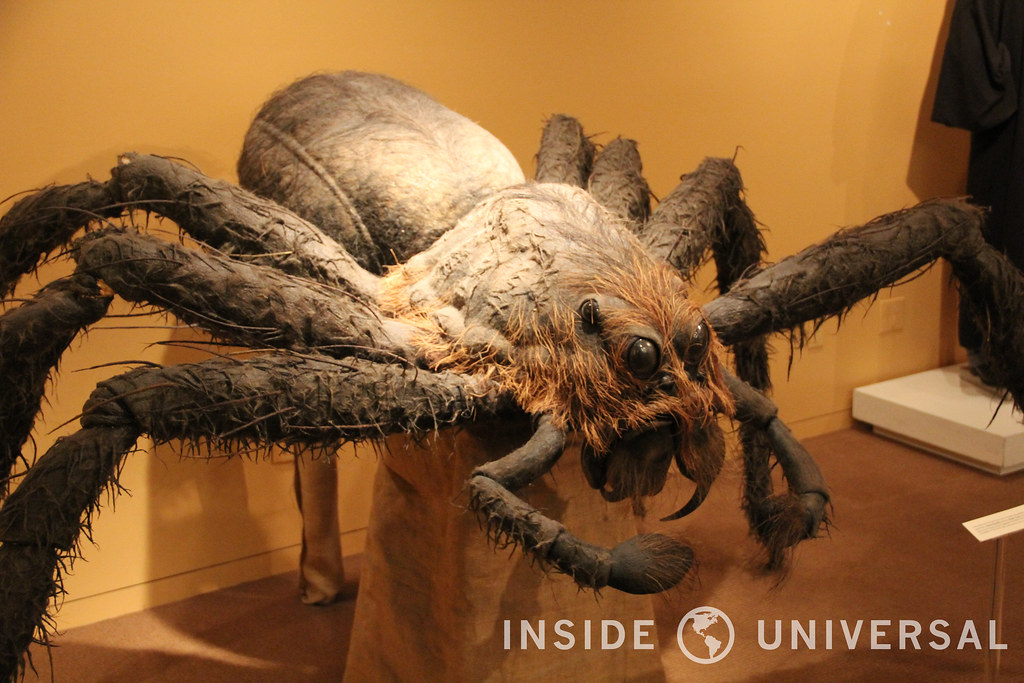 A model of one of many giant spiders in the Harry Potter franchise. 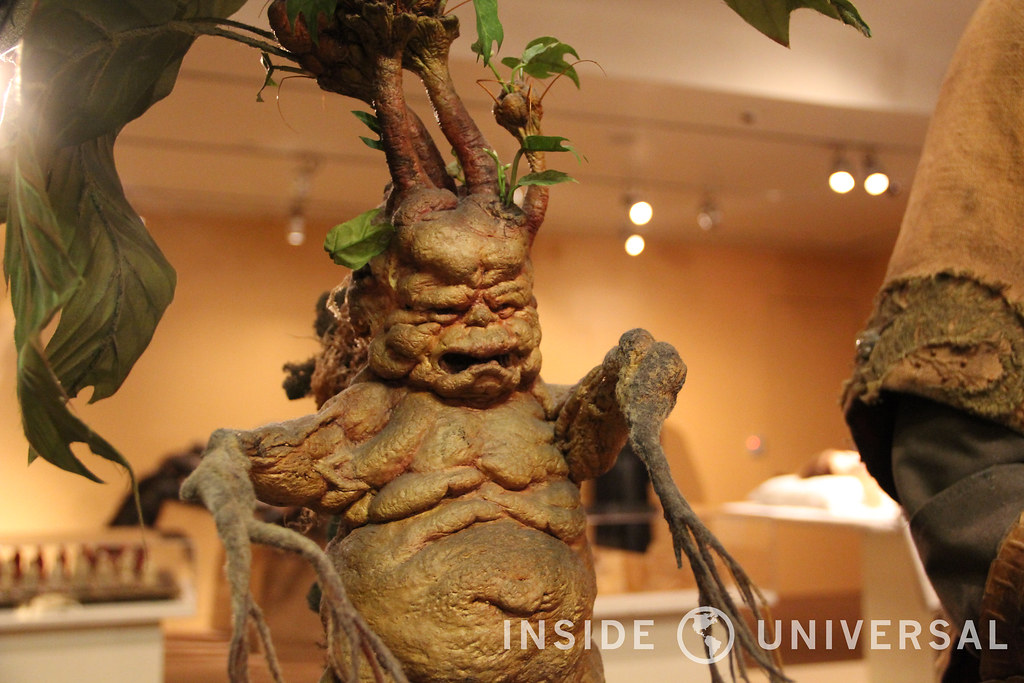 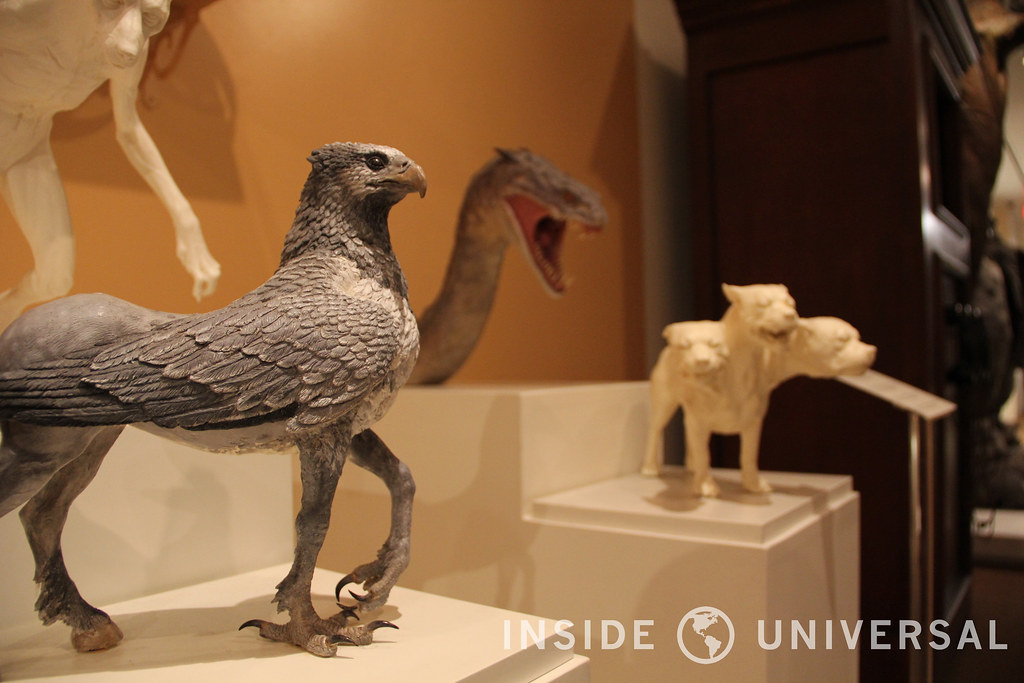 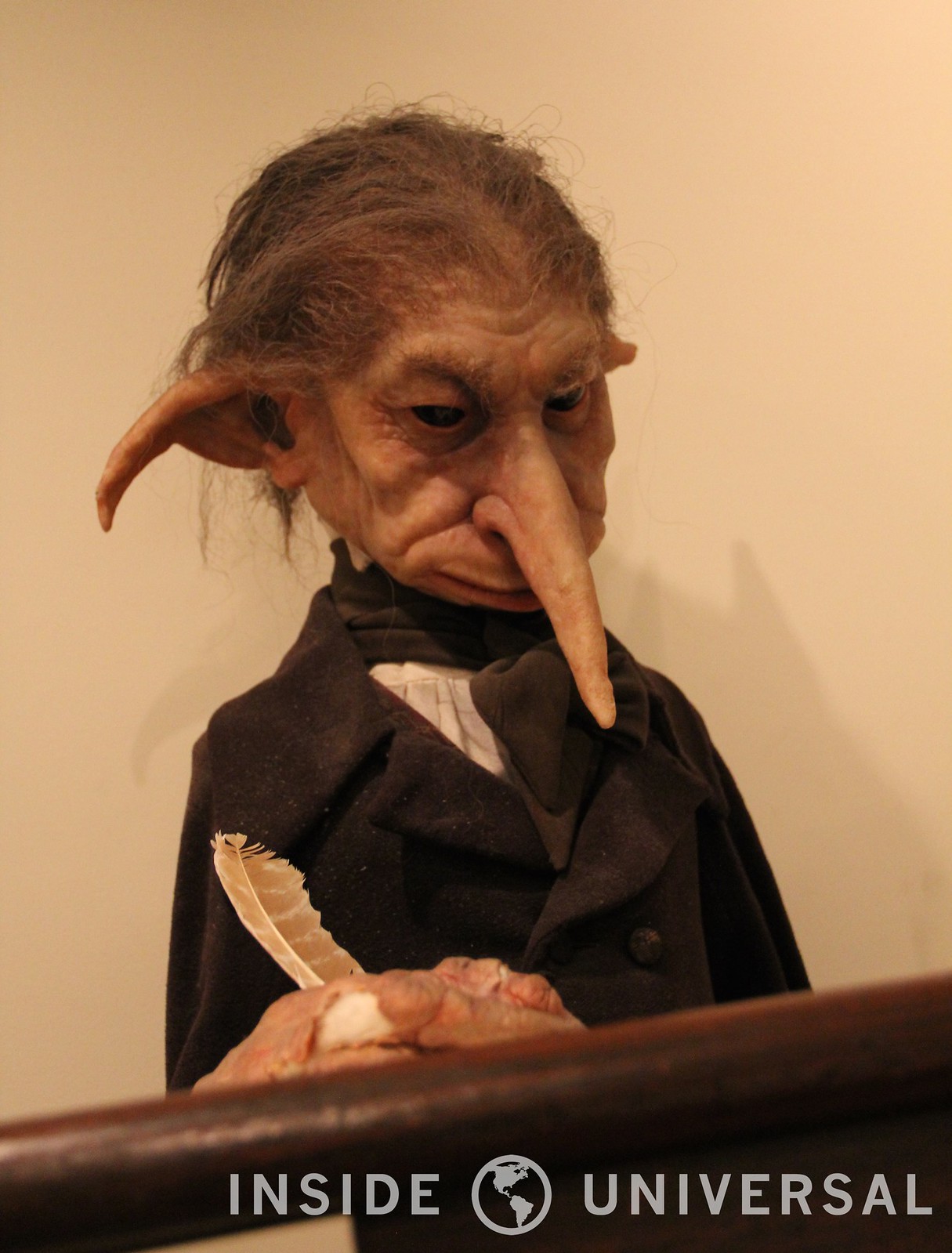 An actual Gringotts Wizarding Bank goblin used in the film.

If you are planning a visit to Hogsmade next year or if you can’t wait that long for a Potter fix, I’d recommend checking out the Warner Brothers tour. You have to be at least 8 years old to take the tour, so if you are traveling with a family, be sure to plan accordingly.

If you are the hardest of the hard core Potter fans, you probably know that Warner Brothers has created a much larger museum in London using the actual sound stages that the Potter productions filmed on. If you can’t make it across the pond, I’d keep an eye on the Warner Brothers studio tour in Burbank in the not to distant future (maybe next year) as I saw a large piece of construction on the lot that will become a very Potter-friendly addition to the tour. That’s all I’ll say for now, but stay tuned in for more updates.