January 25, 2015 – After a brief hiatus, Things From Another World has completed its relocation to a new location formerly occupied by Game Stop, which closed late last year.

Featuring a larger interior, the new Things From Another World store is lightly decorated with a red and white theme with franchise posters mounted on the ceiling. The store’s facade has also been reimagined, featuring an animatronic robot in lieu of the iconic spaceship that had represented the CityWalk store for almost two decades.

As we noted on our initial report of Things From Another World’s relocation, this reorganization may be spurred by a future Universal Studios Store expansion, though Inside Universal has not been able to completely verify this claim.

We’ve included photos of the new store below. 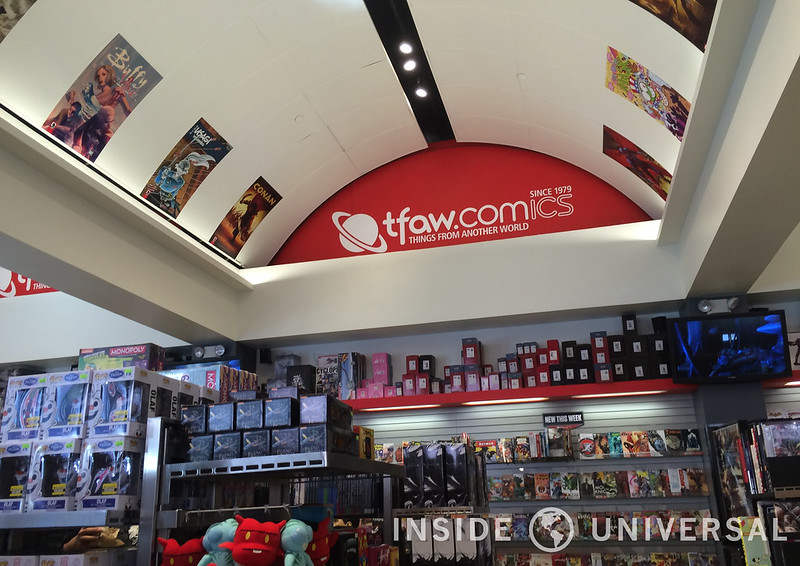 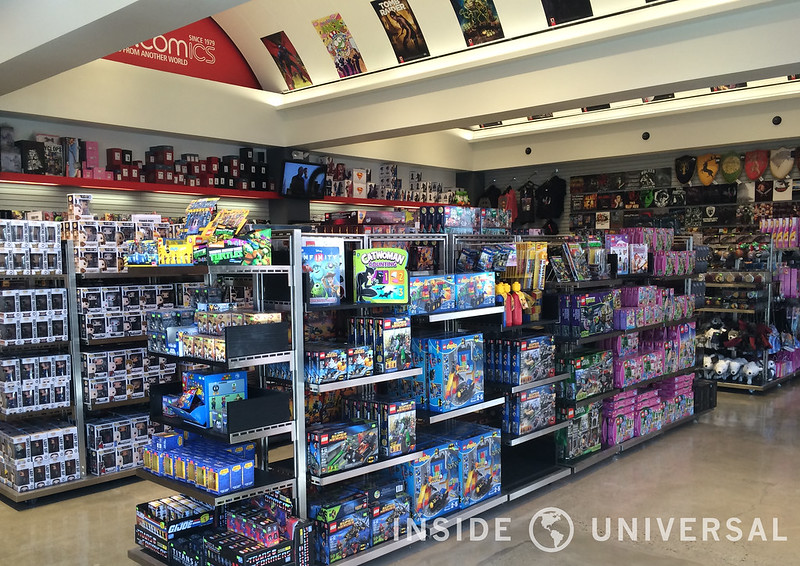 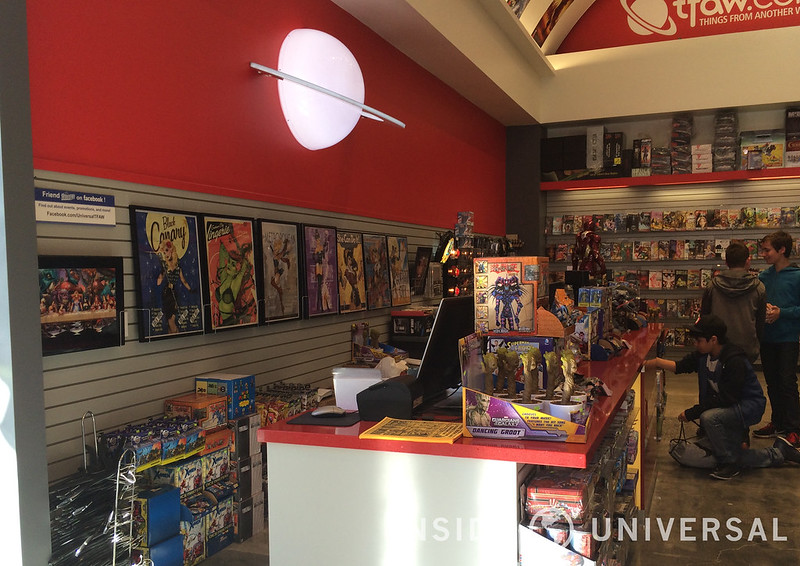 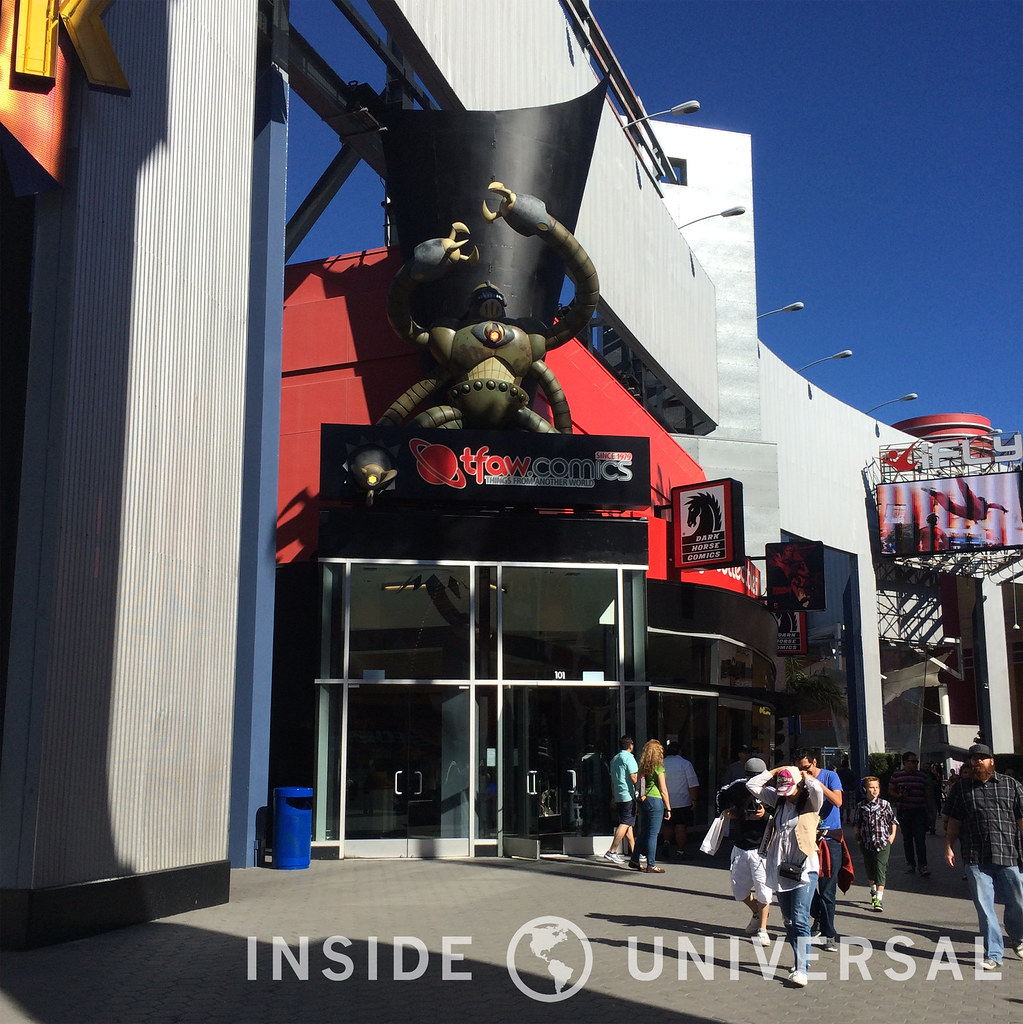