February 5, 2015 – According to a new map released by CityWalk Hollywood, the Universal Studio Store will indeed be expanding into the former Things From Another World location, as Inside Universal originally reported last September.

Following the closure of GameStop last August, Universal relocated Things From Another World from its original location adjacent to the Universal Studio Store and Jody Maroni’s Sausage Kingdom to a new location near 5 Towers. After a brief hiatus, the newly refurnished Things From Another World recently opened late last month, featuring a larger interior and a new robot façade, replacing the iconic spaceship façade that has embraced CityWalk patrons for the last two decades. 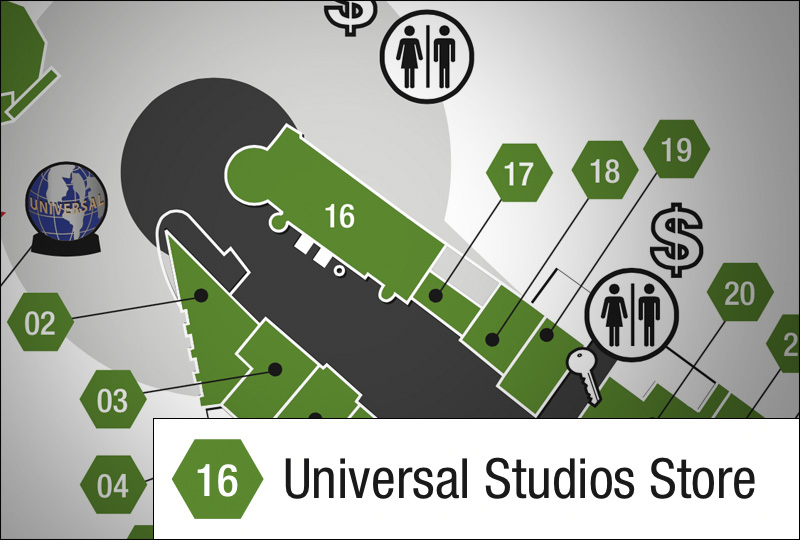 Special thanks to William for the tip!