March 3, 2015 – On March 5, USA Network will premiere a new murder mystery set in the time of modern day Jerusalem. DIG follows FBI agent, Peter Connelly, who sets out to solve the murder of a young American. As Connelly gets deeper in the case, he finds himself in an international mystery that goes into the darkest secrets of the Holy Land that threatens to change the course of history.

To promote this new television series, USA Network partnered with the entertainment company, Escape the Room, to create a one-of-a-kind DIG experience: “DIG: Escape the Room.” This game challenges guests to “think outside the box – or remained trapped inside it.” In order to escape, guests must work together in a small group to solve riddles, crack codes, and investigate various artifacts before they run out of time.

Christopher Tillman and I were invited to check this out over the weekend. I had never participated in an attraction like this before, but I never imagined it would be as difficult as it proved to be. We were given 25 minutes to escape the room and we failed. We were so close! If we had 3 more minutes, we easily could have figured it out. The entire attraction took about 30-40 minutes including the welcome, the attraction, and the pictures after. I had a really great time and I highly recommend checking it out before it disappears.

The DIG: Escape The Room experience is taking place in New York, Boston, Philadelphia, and in Universal Studios Hollywood and Universal Orlando Resort. It is open to the public from 11:00 AM – 7:00 PM until Thursday, March 5, 2015. It is also important to note that the experience is included in the price of admission to Universal Studios Hollywood. Registration takes place in front of the Globe Theater on a first-come-first-serve basis.

If you would like to see our reactions after the attraction, be sure to check out our video below: 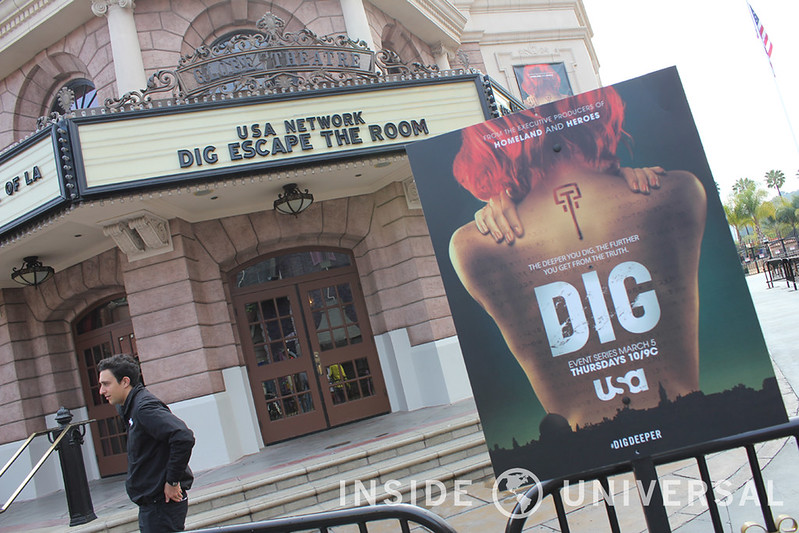 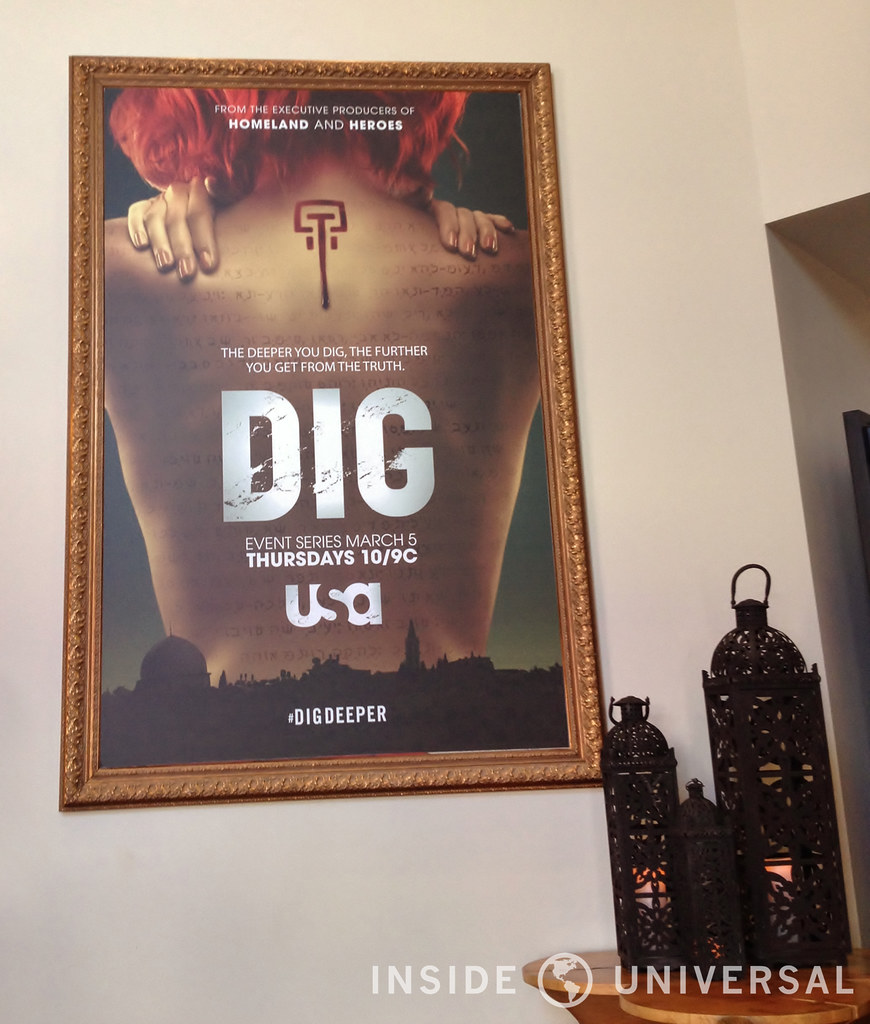 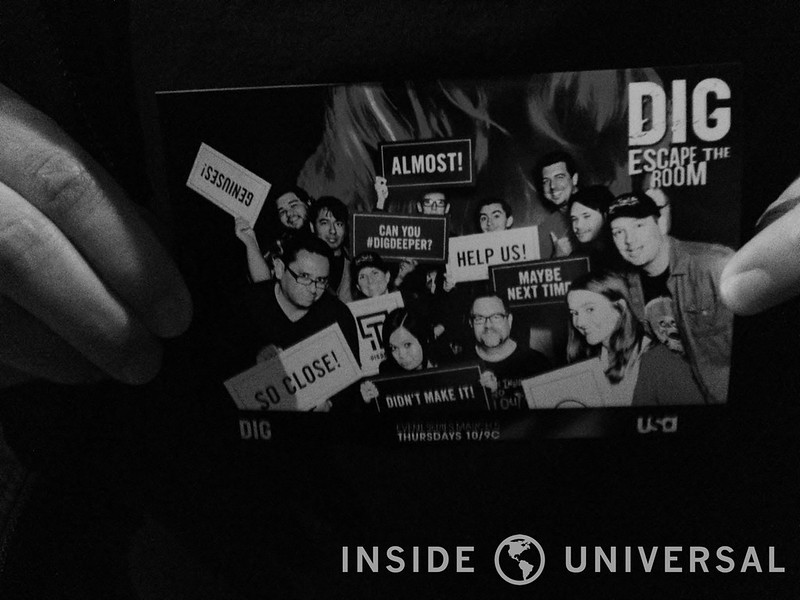