April 8, 2015 – Welcome back to another edition of Zoom Lens, where we take a closer look at different attractions both in the park and in the studio. In light of the Psycho House restoration, I chose to give you guys a little history on this iconic set.

In 1959, Robert Bloch wrote a suspense novel, inspired by the Ed Gein murders in Wisconsin, about a single man and his mother. When Alfred Hitchcock’s assistant, Peggy Robertson, came across this book, she decided to show it to Hitchcock even though it had already been deemed unfit for film. Once he decided to carry through with this film, he ordered Robertson to buy up every copy of Psycho so that no one would know the ending. He even went through strict security measures such as a closed set, no advanced screenings for critics, and no late entrance into the theatre once the film was released. In 1960, the movie shocked the world by pushing the limits both in violence and sexuality. What was originally thought to be too inappropriate for film went on to be a widely recognized classic much appreciated throughout generations of movie-lovers. 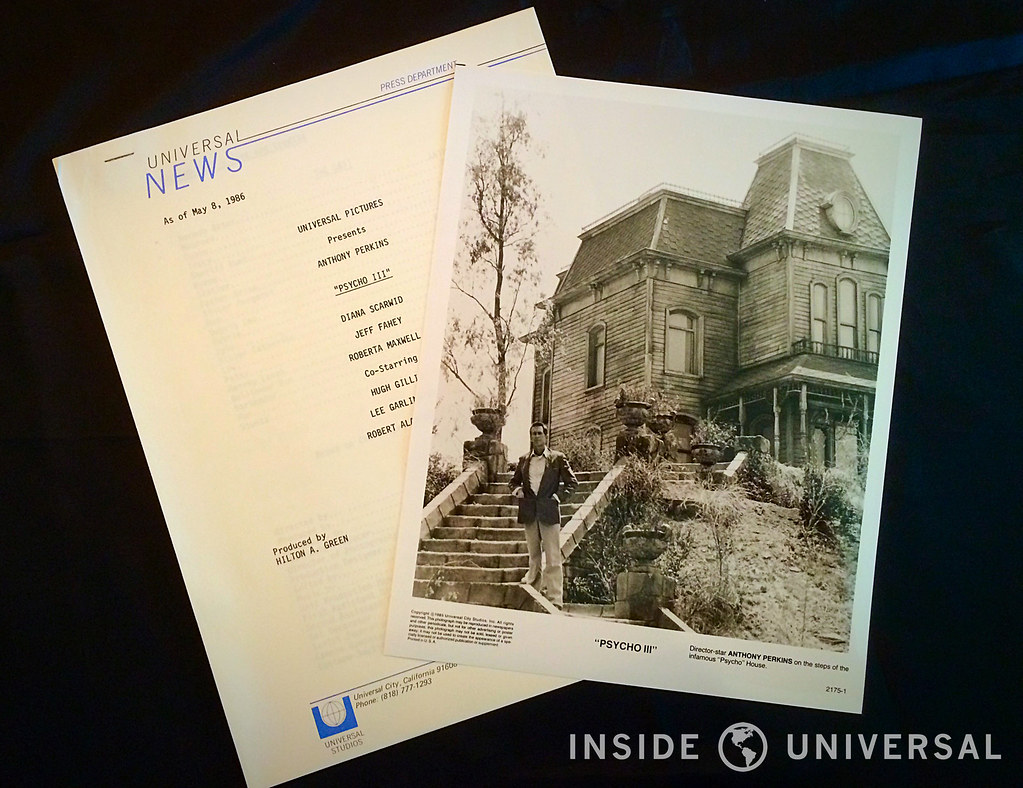 Built in 1960 for the filming of Psycho, the original Psycho House was placed on the hill where the Chicken Ranch now sits overlooking the Bates Motel, which sat where Cabot Cove is today. The large mansion, said to be designed after an Edward Hopper painting titled “House by the Railroad,” set the perfect atmosphere of creepy as it loomed in the background of the motel.

Did you ever notice in the original Psycho film that you never see the back or right side of the house? This is because the house was originally built as a façade with just the front and left side built. Interior shots were all done inside various sound stages including Stage 18 and Stage 28, prior to its destruction. The right side and back were added in 1964 for the new Studio Tour and was given the title of “The Psycho House.”

The house served as a studio tour attraction for many years until being dismantled in 1980. In 1981 it was given a fresh pink paint job for a Chevy Chase comedy, “Modern Problems.” It was seen again in a 1982 documentary film titled “Coming Soon” directed by John Landis. Finally, that same year, the house was built on a separate location on the backlot for Richard Franklin and Hilton Green’s Psycho II. Next time you watch Psycho II, keep an eye on the motel. For this movie, the production team decided to rebuild only about 40% of the motel. The rest was just a matte painting! 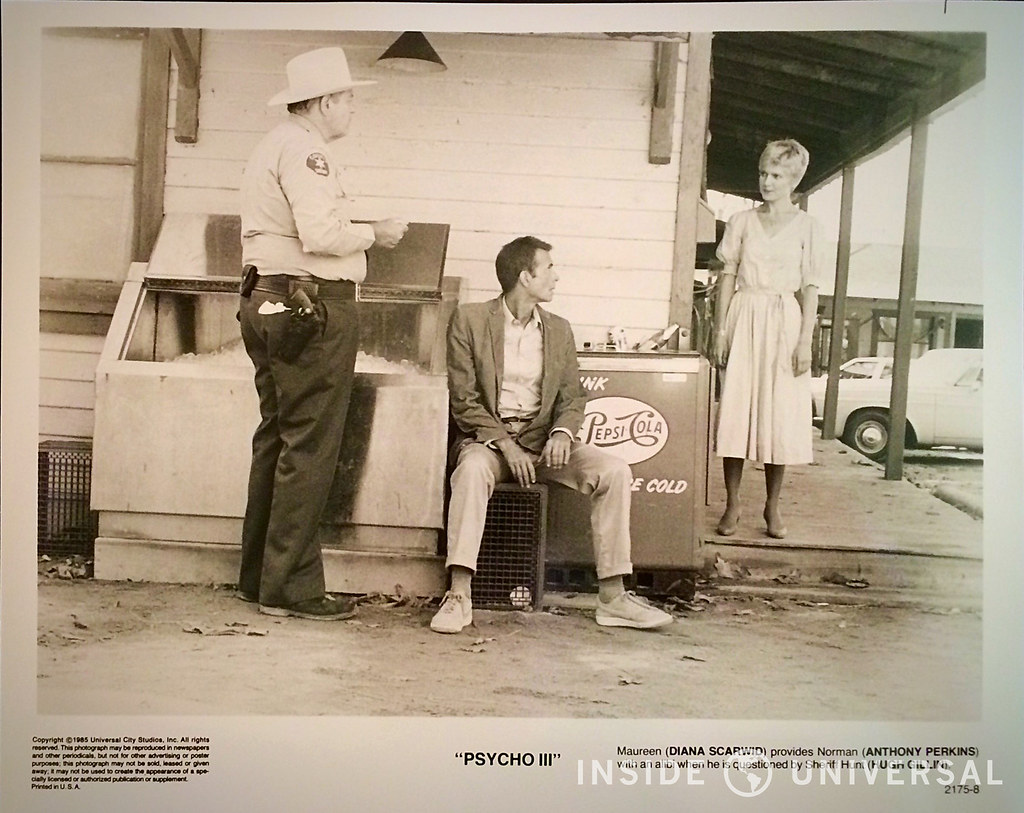 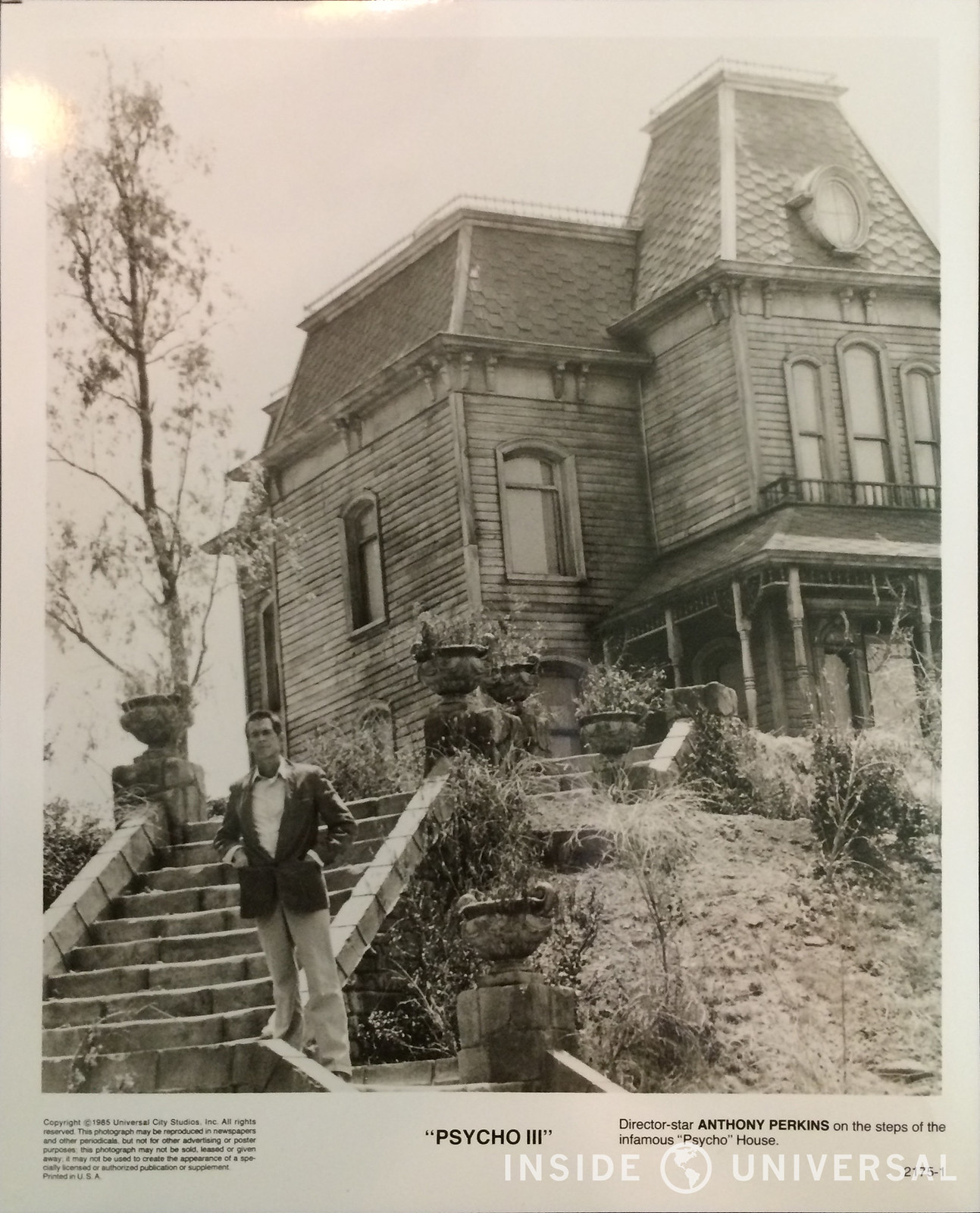 The house was completely refurbished in 1998; much like it is being refurbished today. The rotting wood was replaced and the house was given fresh paint. It was this same year that Gus Van Sant announced he would be remaking Psycho. Their production team built a replica of the Psycho House directly in front of the original and the motel was updated to look like it was from the 1960s. After production, the new house was moved next to the original and stayed that way until around 2003 when the new house was torn down and the motel was restored to its original appearance.

For guests who have visited the park in the last year, they may have noticed how the house looked to be falling apart. The walls appeared to be sinking and the roof was practically falling off. It looked so bad that I worried that they were just waiting for it to fall on its own before they removed it for good. Thankfully, they began to refurbish the house in recent months. One of my fellow editors described its most recent appearance as the “after picture in a HGTV home makeover show.”

It is likely that I sound like a broken record at this point, but I love all things horror related. While this may not be one of the original monster movies that helped to keep this studio afloat (in fact, it isn’t even a Universal movie), it is one of the most iconic movies of its kind. It created the opportunity for future horror filmmakers to push the boundaries much like Alfred Hitchcock did 55 years ago. The Psycho House stands as a physical reminder of the impact Hitchcock made on the horror and suspense world. Because of this, the Psycho House remains at the top of my list of my favorite attractions at this park. 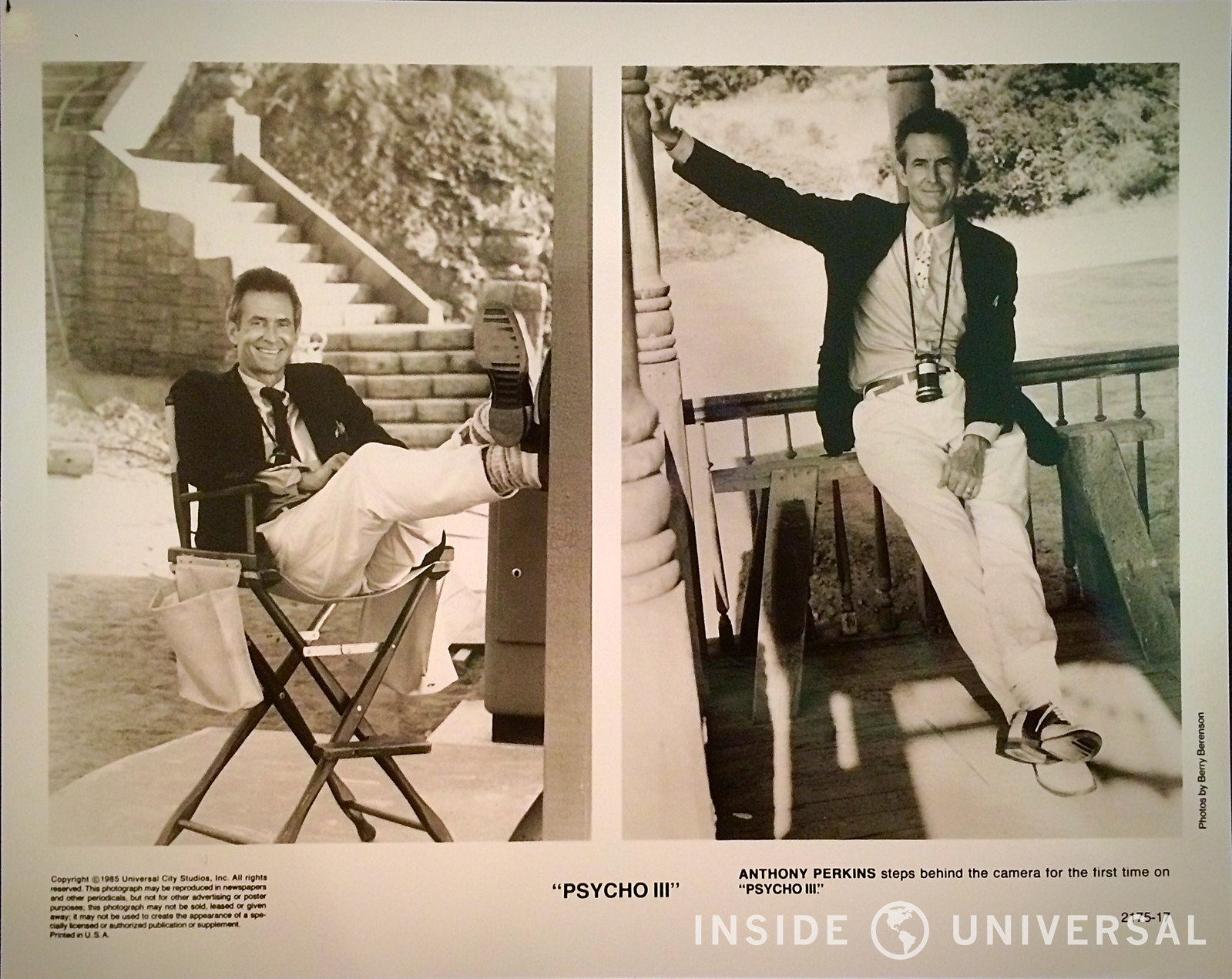 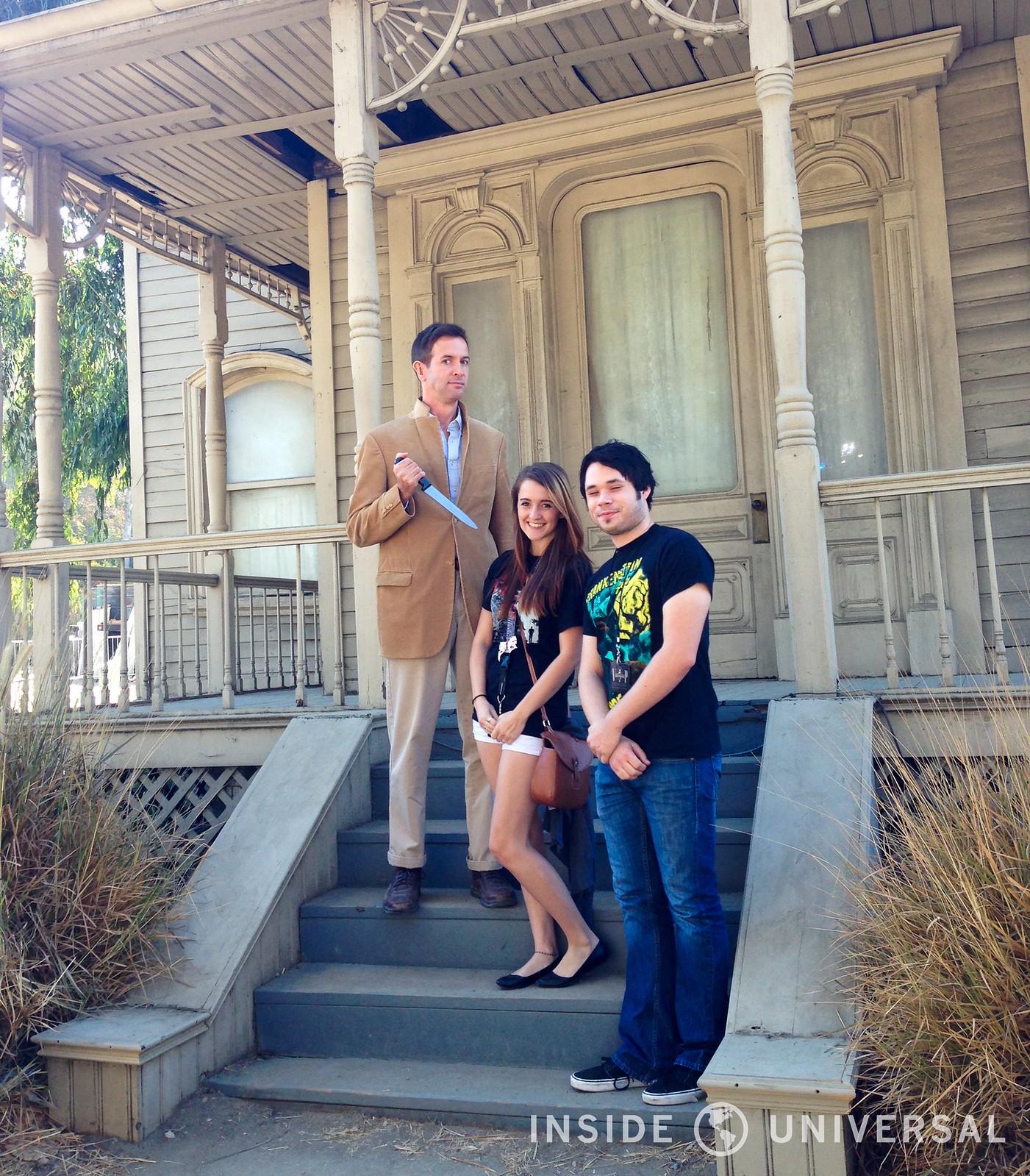 Thank you so much for reading this month’s Zoom Lens. I hope you learned something new about this historical landmark! And, as always, thank you for making Inside Universal your number one source for all things Universal Studios Hollywood. Stay tuned as we keep you updated on the Psycho House refurbishment.

“The Psycho House stands as a physical reminder of the impact Hitchcock made on the horror and suspense world.”