Universal Studios Hollywood has seen tremendous change over the past six years with the support of the County of Los Angeles and the Evolution Plan. As the years fly by, many events go unnoticed or forgotten in a constantly evolving environment such as a theme park. The Inside Universal team has covered much of Universal Studios Hollywood as it has grown throughout the past decade and has continuously compiled our list of the top 10 events of the closing year: 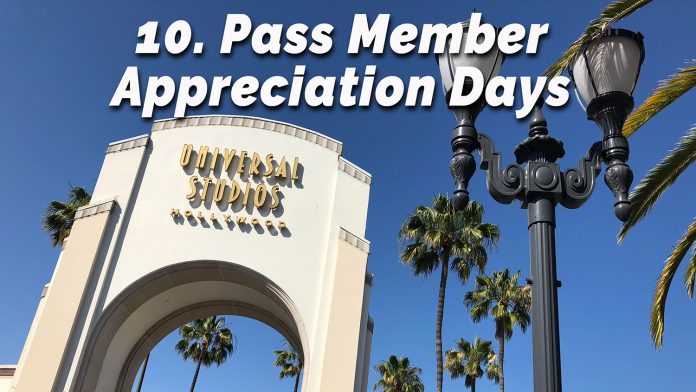 For the first time ever, Universal Studios Hollywood supported its Annual Pass community with the opportunity to visit the park and enjoy additional offerings and discounts not available to the general public. From August 15 through September 30, Pass Members could reserve a special performance of the Animal Actors Stage as well as take advantage of the Buy One, Get One offers throughout the park. Special menu items were available for those who took advantage of purchasing food and treats inside the park and Citywalk. The introduction of the My Universal Photopass was probably the best highlight in receiving a year of digital photos inside the park for 50% off. Excellent job, Universal! 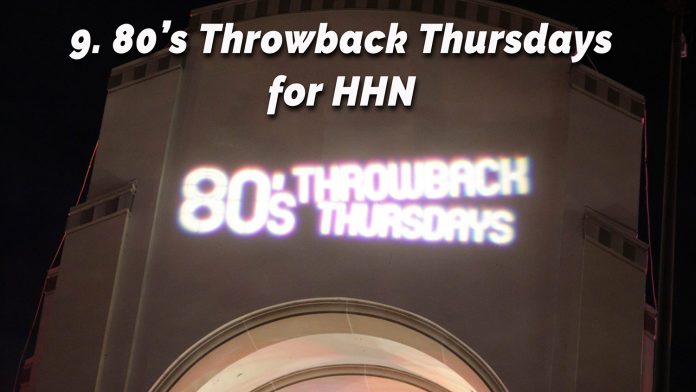 Halloween Horror Nights operated more nights than ever before at Universal Studios Hollywood in 2019. To attract a significant audience on a slower attendance evening of the week, Universal decided to offer a unique live band experience catering to the classic music of the 1980’s every Thursday.

With the retro action taking place throughout the park, special touches such as Beetlejuice and Chucky were added inside the park to interact and mingle with the guests who were also encouraged to wear 80’s theme attire. 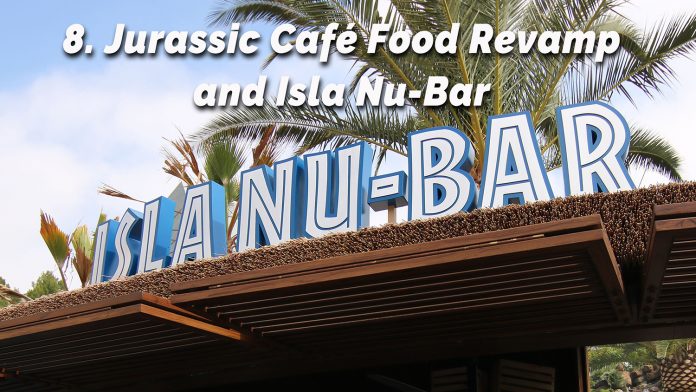 This year was only the beginning for many changes in the Lower Lot. With the success of Jurassic World in theaters, Universal wanted to take advantage of selling themed food and drink experiences that have been successful in many of their other properties. Turning the Jurassic Park area into a full themed “land” was no easy feat considering the plot was already very constrained next to the StarWay. Jurassic Café didn’t get a major overhaul to its venue, but the food offering became a Latin American fare with special exotic drinks to bringing the vibe of Jurassic World together. The unique Isla Nu”Bar” was a special touch of something fun and offered a fresh approach to the Jurassic attractions not yet seen from Universal. 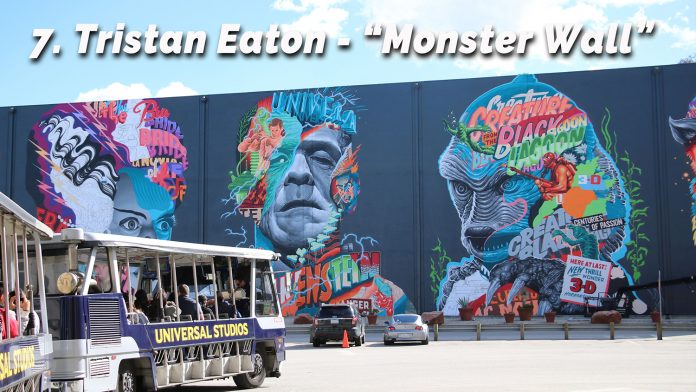 A surprise from Universal came from the artist Tristan Eaton conception of the Universal Monsters in the backlot portion of the studio. Painted on the side of the 6217 building in the studio backlot, tour guests can get a glimpse of Dracula, Wolfman, Creature from the Black Lagoon, Frankenstein’s Monster, and Bride of Frankenstein. In recent years, many fans of classic Universal Monsters have been treated only to seasonal Halloween Horror Nights attractions. It’s nice to know the studio is continuing to pay tribute to its roots in a permanent art form. For a limited time, souvenirs with depictions of the artwork were made available inside the Production Central gift shop. We look forward to more classic monsters representation in the years to come. 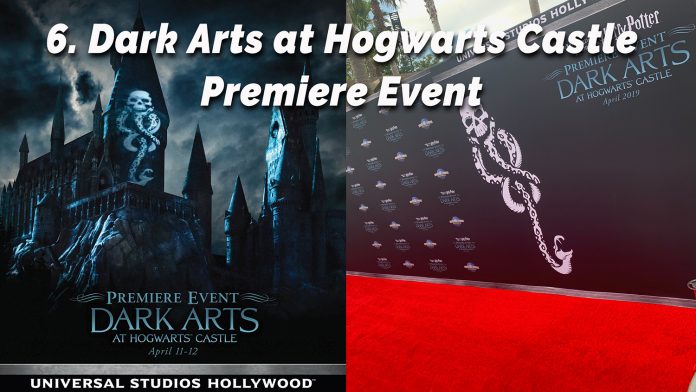 Universal Studios has shown great stride in providing premiere after-hours unique events for theme park enthusiasts. The Dark Arts at Hogwarts Castle show was the main event for 2019 which lasted throughout spring and summer. With the inaugural debut, Universal offered a private event catered with a full dinner and show for guests to experience. While the weather did not fully cooperate during this two-day event, such experiences like this are rare and absolutely what many fans are looking for. With the days of soft opening attractions long gone in the social media environment, special events like this are a great alternative to get a sneak peek at a new attraction and enjoy the benefits of special treatment. 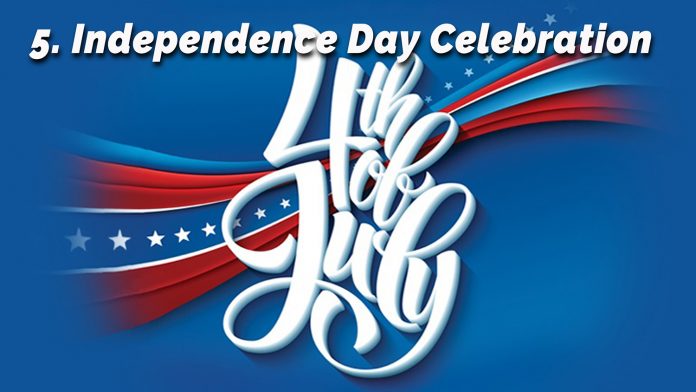 Universal Studios Hollywood has never catered to the 4th of July guests with fireworks or special offerings. Many excuses have been noise levels for the neighboring community, and the fact that so many other local venues offer firework shows in and around Hollywood. 2019 was a first for Universal Studios Hollywood to display fireworks for its guests inside the park on Independence Day. Following a similar display of the annual “eVe” events for New Year’s Eve, Universal kept the fireworks to a low level in accordance with noise and airspace restrictions and ended the night with a bang. While this may seem like an expected attraction for any theme park but Universal has just stepped up to the plate in 2019 on the west coast. 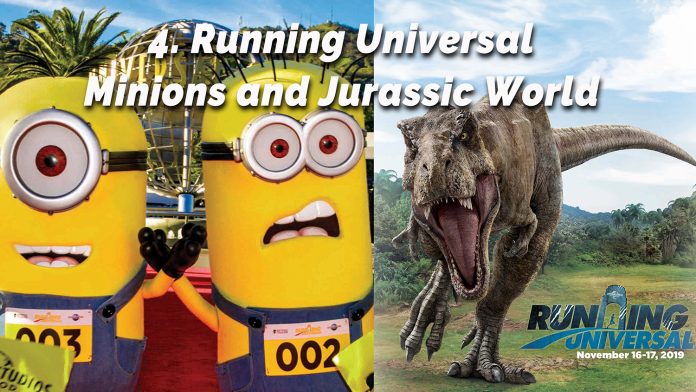 With the recent introduction of marathon activities for Universal Studios Hollywood, crowds have flocked to the theme park to get a rare opportunity to walk (or run) the backlot studio property. This has offered the general public the availability to see some of their favorite backlot locations up close. With the success of the Minion Run, a second run came later in the year themed for Jurassic World. Special medals are presented to attendees and the opportunity to visit the theme park with a VIP breakfast and special accommodations make this event a huge success. Attendance has increased rapidly for the Running Universal events and a third event themed with the Trolls film has been scheduled for 2020 in Hollywood. 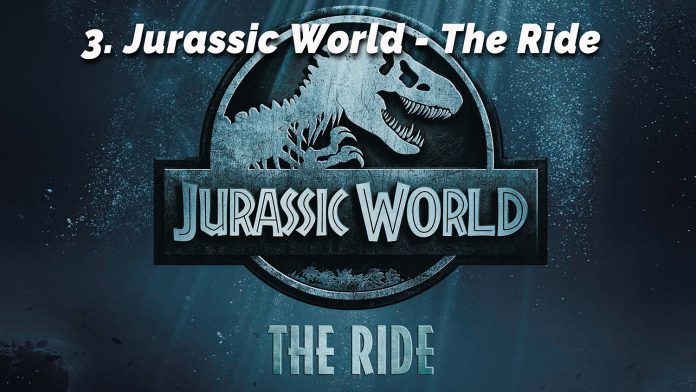 Jurassic Park: The River Adventure needed desperate upgrades. With a fresh new film series came a new attraction overlay taking the existing ride system and modernizing the experience. Fans all over the social media community were pondering the question of when this attraction would open given that Universal only announced its opening date as “Summer 2019”. With a generous amount of changes involved with the remodel, Jurassic World – The Ride had many delays and setbacks which pressured the timeframe for a final opening date which was never announced. Hosting the Press nearly two weeks after the attraction had publicly been announced as “open” continued to offer confusion from the general public. Many speculations still expect the ride may close for a short period of time in the near future to finish the final installations.

In short, Jurassic World – The Ride was the big summer attraction opening for Universal Studios Hollywood, but fell slightly short of the #1 spot because of its challenged shortcomings and incomplete experience. All in all, its great to see the ride flourish with modern technology and the finale T-Rex today looks as good as it did in 1996! 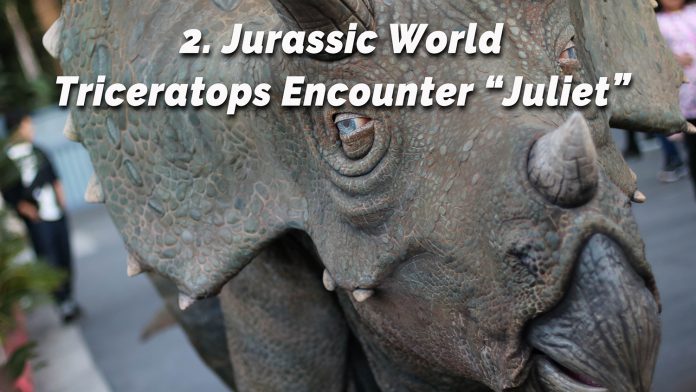 Universal and Action Horizons have revitalized the interactive personal experiences for guests with an all-new and unbelievable Triceratops Encounter. “Juliet” is a fully interactive Triceratops puppet that blinks, breathes, and walks throughout the Jurassic World area. The amazing quality of puppetry makes this experience a sight to behold. Guests of all ages are stunned when they see such a lifelike animal walking amongst the crowd. Complimenting the existing Raptor Encounter, which did get a much needed and more permanent home, Juliet is allowed to roam free like a real creature.

This is the type of amazing attractions guests expect from a world-class destination. Its only inhibiting factor comes from Universal’s limited space in the Lower Lot for this Jurassic World experience. Baby Raptors were also added to the ambiance which creates a more personal touch to the daily offerings very much like Ollivander’s more private experience. We are expecting to see more personalized experiences from Universal Studios Hollywood in the years to come. 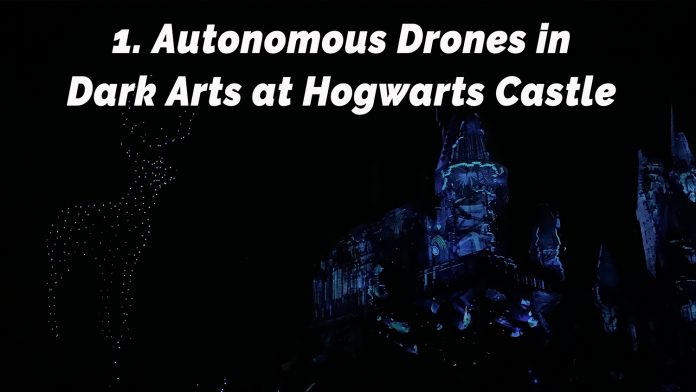 Great moments for theme park guests are created when new technology offers an unexpected surprise and brings an array of unforgettable emotions. Universal Studios Hollywood took a huge leap in creating a very spectacular experience never before seen in any Southern California theme park with the premiere of Dark Arts at Hogwarts Castle. While the Hogwarts Castle nighttime shows have increased in quality each time a new show was introduced, the Patronus Charm of the male stag was an exceptional finale full of goosebumps and tearful excitement. Hearing the crowd gasp when the first lights began to illuminate, the cheerful roar explodes the moment the lights form the completed creature in the sky. Seeing the stag’s head move and its feet take a step just captivated every eye in the audience until the moment it sparkled away to John William’s dynamic score.

Universal set the bar with some of the most challenging airspace in the United States, not to mention the extreme operational costs created even more challenges which required safety nets to be installed in public access areas to prevent possible catastrophes. Universal Studios Hollywood proved they have the potential to bring new and dynamic experiences that have never been seen before and this is something we want to experience over and over again. With amazing intrigue, surprise, and awe, this unique effect deserves our #1 event for Universal Studios Hollywood in 2019.