Amidst construction continuing on various projects throughout the theme park property, the Whoville sets on the Universal backlot from Ron Howard’s 2000 film, “How the Grinch Stole Christmas”, have been demolished.

While the theme park remains closed due to the Coronavirus pandemic, a new aerial video of the park was shared by Micah Muzio (go to 10:07 of the video) that shows the now-newly-paved area where the sets once stood.

Though most of the production took place across eleven soundstages on the Universal backlot, one sequence was filmed outdoors in sets constructed on the area near the “Psycho” house, later relocated to the small plot of land adjacent to the Bates Motel that guests became familiar with over the past two decades.

Frequently quoted by Studio Tour guides as trams passed by Whoville, the production as a whole utilized over “two million linear feet of Styrofoam”, “1,938 candy canes”, and “enough artificial snow to cover nine football fields” to construct its fantastical looking sets. Suffice to say, the outdoor sets used in the film were not built with strong materials to withstand the elements beyond the production timeframe, in turn necessitating frequent paint jobs and touch-ups.

“How the Grinch Stole Christmas” first made its way to Universal Studios Hollywood when the studio decided to promote the film’s release by holding a brand-new holiday event, Grinchmas, from November 1999 through January 2000, featuring The Grinch’s Cave Maze, a close-up encounter with the sets on the Studio Tour, and an assortment of activities on the Upper Lot. 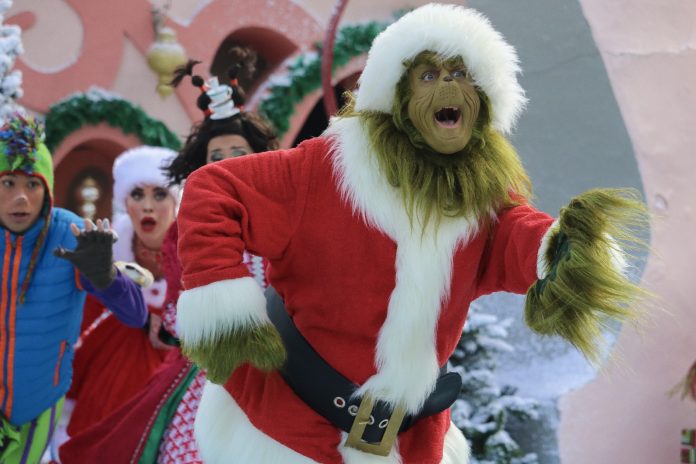 Only the sets remained past that inaugural Grinchmas, until a resurgence of the event in 2008. Outside of the Grinchmas festivities located on the Upper Lot, brief performances featuring some familiar characters from the film took place regularly on the Whoville sets for all guests on the Studio Tour to enjoy. However, in 2017, these backlot performances were cut from the event, likely due to complications with the structural integrity of the nearly two-decade-old sets.

Holiday decorations and other props began to be removed from the Whoville sets following their lack of use during the Grinchmas event, and new paint jobs suddenly became less frequent. Prior to their destruction, the sets lacked much of the charm they once held due to both the film’s waning cultural relevance, as well as their gradual loss of vibrant colors after many days under the heat of the California sun. 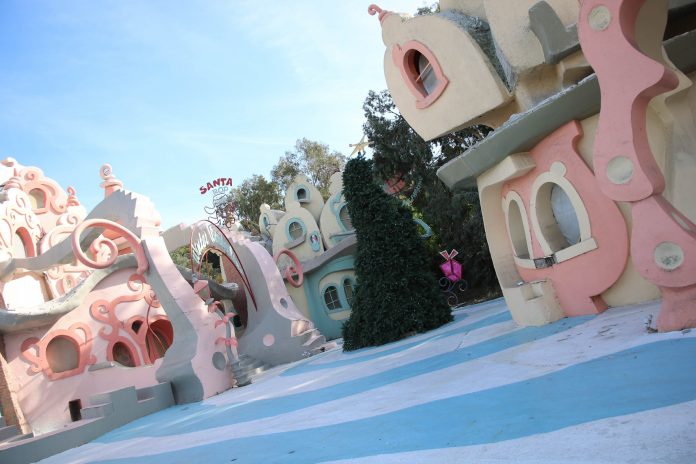 While we’re sure many will miss the Whoville sets and the nostalgia associated with them, we look forward to seeing what Universal has in store in the future.