Now one of four tiers, the $109 2016 Season Pass includes 140 days of valid admission until December 15, 2016. No food or merchandise discounts are given, and while “friends and family” save on general admission, no specific percentage or monetary discount is given. In contrast, the Gold Annual Pass, the CA Resident Plus Annual Pass, and the CA Resident Annual Pass provide a $12 discount on general admission regardless of date. Finally, 2016 Season Pass holders will not receive invitations to Annual Pass preview events. 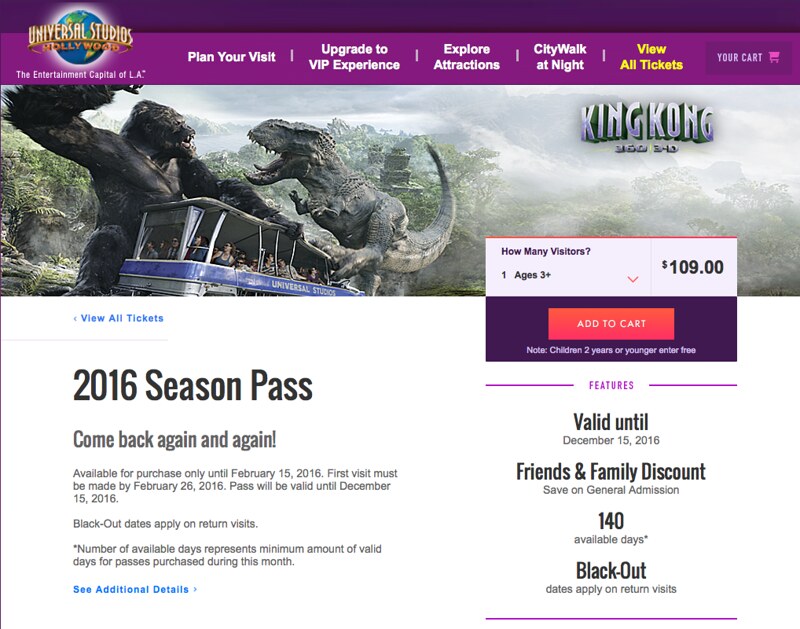 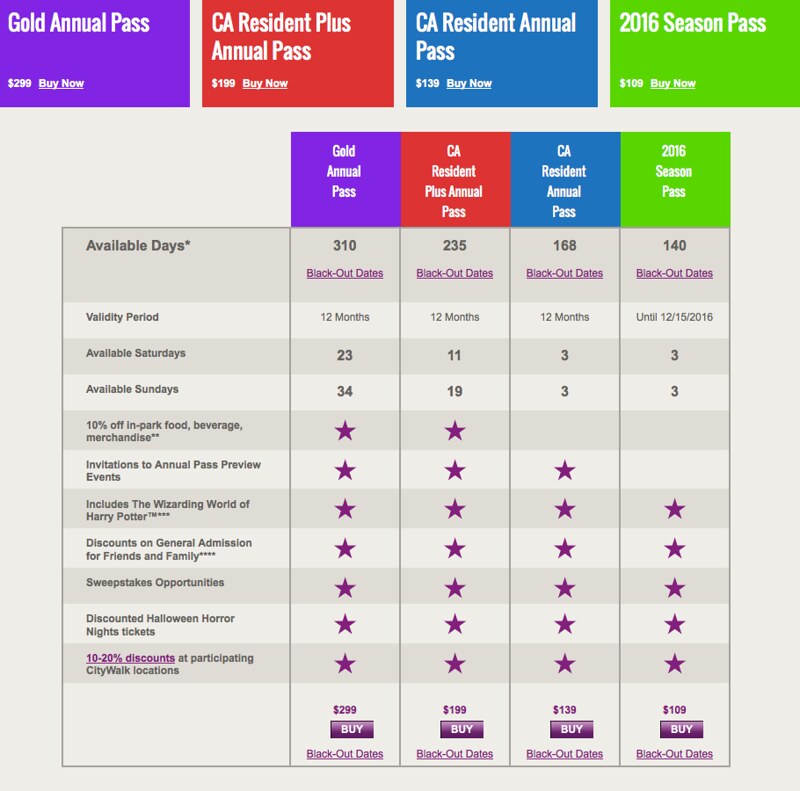