With the grand opening of Wizarding World of Harry Potter quickly approaching, it appears that CityWalk Hollywood is getting its restaurants into gear. Pink’s Famous Hot Dogs, the self-proclaimed Hollywood Legend, has re-opened, and the much anticipated Blaze Pizza has officially made its debut.

Along with many other restaurants and retail businesses on CityWalk, Pink’s closed its doors earlier this year. However, unlike its neighbors, its closing was only for a refurbishment promising “A New Pink’s!” While it still utilizes the same famous menu of chili dogs and fries, the restaurant itself has gotten the true Hollywood treatment. Now featuring an updated interior and revamped exterior, the “new” Pink’s Famous Hot Dogs looks refreshed, modern, and ready to take on the Potter crowds! 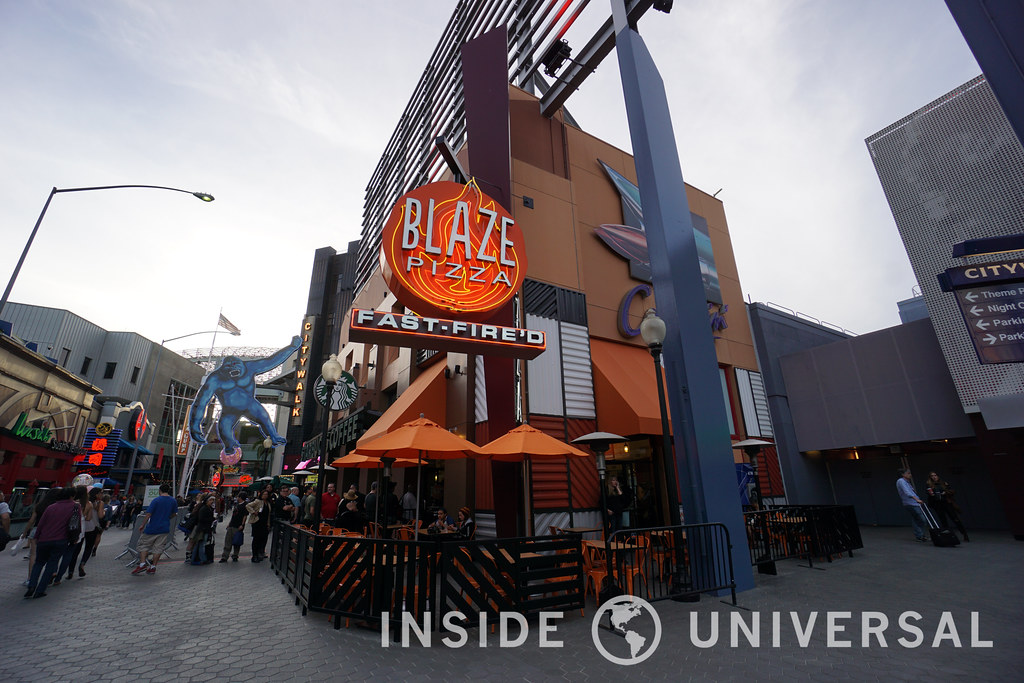 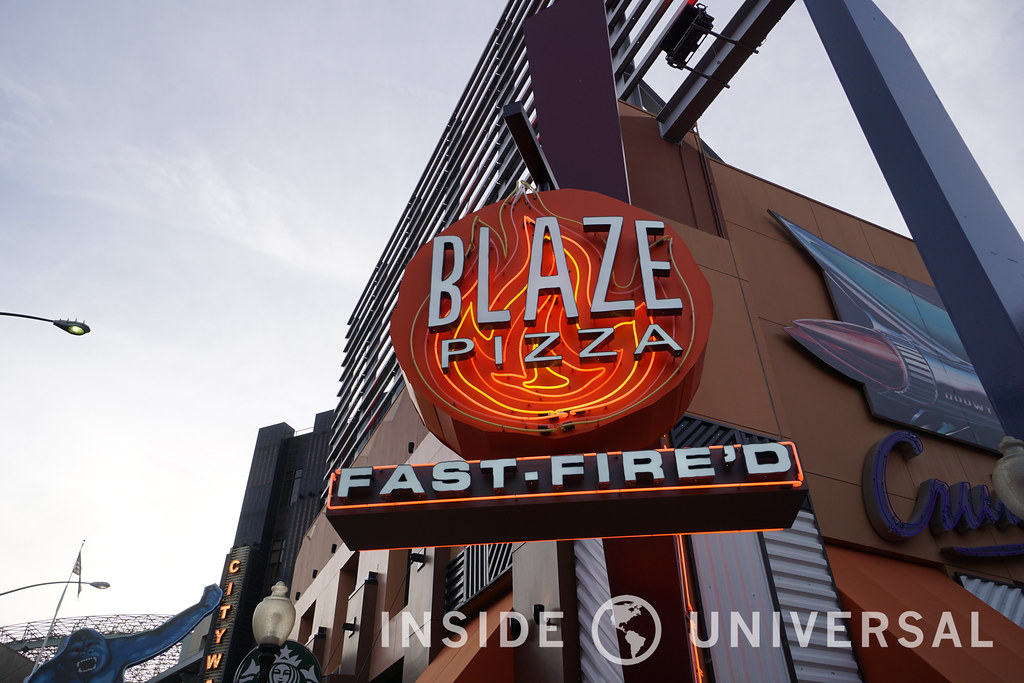 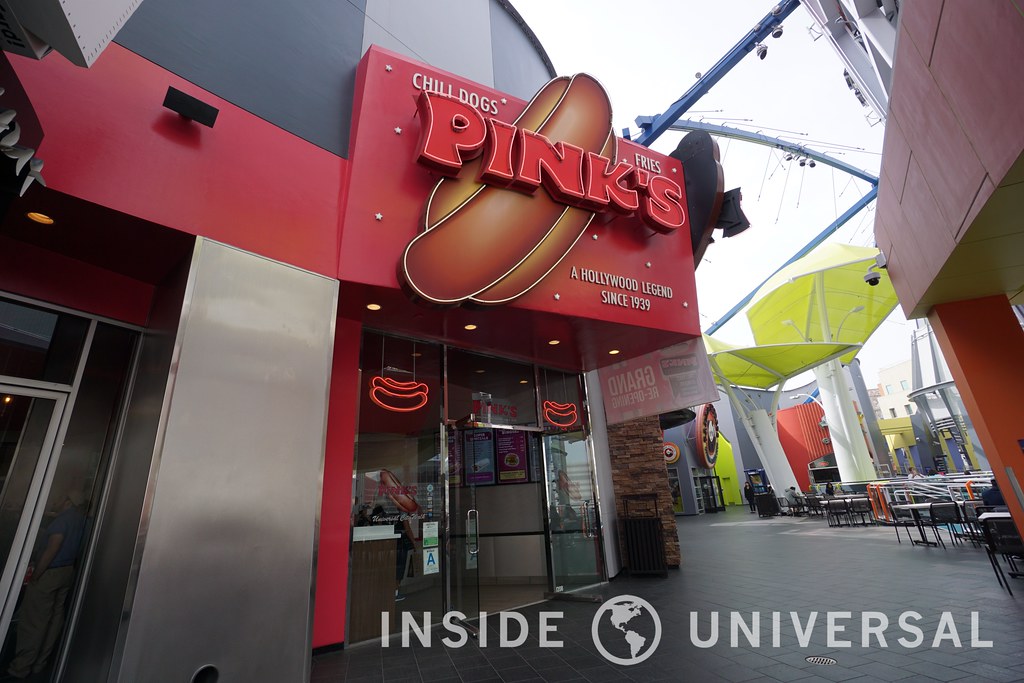 Pink’s Famous Hot Dogs has been a Hollywood staple dating back to 1939, when Paul Pink started his first hot dog stand. More than 70 years later, this family-owned and operated hot dog powerhouse still provides the same delicious hot dogs with the famous juicy snap as you bite into it. Whether you are looking for a quick lunch or a late night snack, Pink’s is the place to go! Make sure to take pictures to make your friends back home jealous that you get to dine at a true Hollywood legend, appropriately located in the world famous Universal CityWalk in Hollywood!

Blaze Pizza has also officially opened in the location previously housing Hollywood Pizza & Gelato. While it may be another pizza location, Blaze Pizza is a cut above the rest in the pizza business! Featuring “custom built artisanal pizzas,” Blaze has taken the build-your-own pizza industry by storm, quickly expanding to nearly 200 restaurants either currently open, or in development. Its fast service and convenient location make it a prime spot for moviegoers and Potter fans alike.

While Blaze Pizza has only been around for a few years, it has rapidly grown into the hearts of thousands of pizza lovers throughout America. While their pizzas are customizable, Blaze Pizza also includes a menu filled with Signature Pizzas. One of our favorites is the Red Vine pizza, which has ovalini mozzarella, chery tomatoes, parmesan, basil, red sauce, and the perfect amount of olive oil drizzled on top. There are also plenty of options for the meat-lovers in your group. With a large variety of options, it is nearly impossible to not be satisfied.

Pink’s Famous Hot Dogs is located on the upper level in the “CityFood” area above the 5 Towers. It can easily be found between KFC Express and Taco Bell! As mentioned already, Blaze Pizza has opened in the previous location of Hollywood Pizza & Gelato. It is conveniently located between Starbucks Coffee and the AMC Universal CityWalk movie theater. If you are a specialty hot dog fan or more of the pizza type, these locations are certain to please! 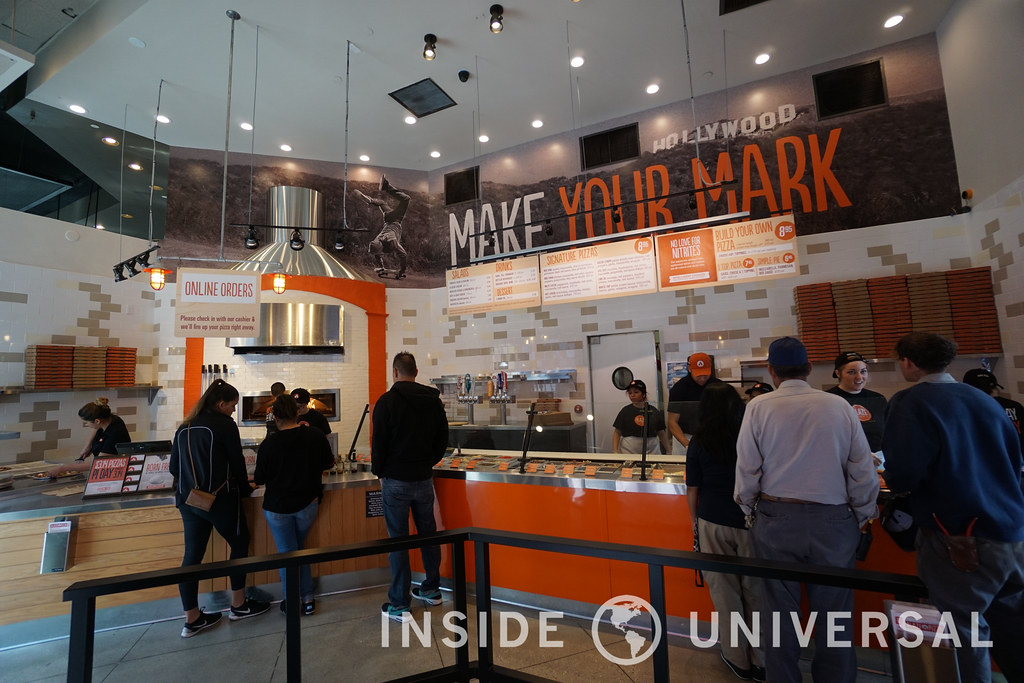 As always, thank you for making Inside Universal your source for all things Universal Studios Hollywood and CityWalk Hollywood. Be sure to keep close to our website and social media as we continue to update you on the latest news from your favorite theme park!