Featuring a plethora of doughnuts, Voodoo Doughnut will be located “near the ‘5 Towers’ outdoor concert stage and adjacent to the Universal Cinemas, currently under renovation and also slated to debut this fall” according to an official press release from Universal, suggesting a takeover of the defunct Kelly Slater’s Quiksilver Boardrider’s Club that once occupied the space.

Voodoo Doughnut is expected to open this fall, and comes at a time when CityWalk Hollywood undergoes its own transformation alongside the theme park. The entertainment district recently announced the arrival of the wildly popular Jimmy Buffett’s Margaritaville bar and restaurant, alongside the opening of LudoBird featuring the creations of Chef Ludo Lefebvre and build-your-own-pizza restaurant Blaze Pizza – all of which have been popularly received by fans and guests. Chinese restaurant Dongpo Kitchen is also expected to open soon.

We’ve included Universal’s official press release below. Please follow Inside Universal for more on this and other stories originating from Universal Studios Hollywood. 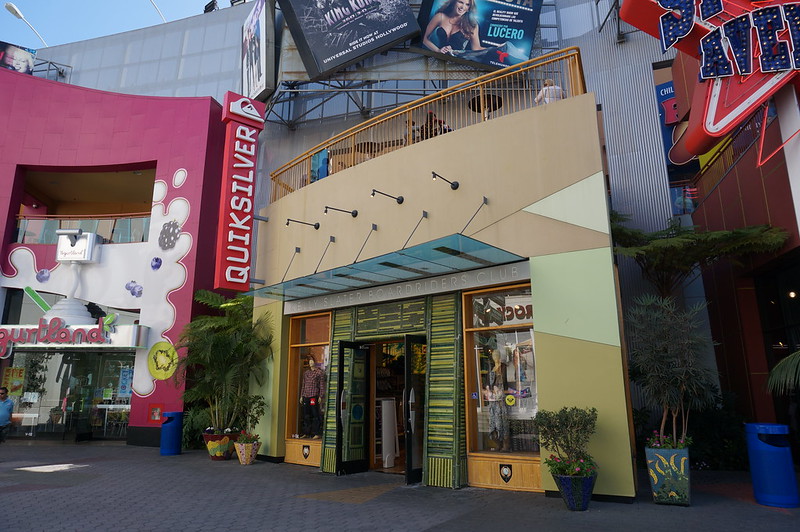 Universal City, May 18, 2016 – World famous Voodoo Doughnut expands to the Golden State this fall with the introduction of its first-ever California location at Universal CityWalk™, located adjacent to Universal Studios Hollywood, The Entertainment Capital of L.A.

“We are beyond thrilled to open Voodoo Doughnut at Universal CityWalk and share our menu of fabulous, unconventional doughnuts with the world at the top entertainment destination in Los Angeles,” said Voodoo Doughnut owner, Kenneth “Cat Daddy” Pogson. “Our signature and one-of-a-kind doughnuts are the perfect complement to CityWalk’s over-the-top vibrancy.”

“We couldn’t be more excited to welcome Voodoo Doughnut to Universal CityWalk as we begin to phase in the next evolution of our dynamic CityWalk entertainment complex,” said Morell Marean, Senior Vice President, Food and Restaurant Operations, Universal Studios Hollywood. “The arrival of Voodoo Doughnut to Los Angeles coincides with Universal Studios Hollywood’s successful opening of ‘The Wizarding World of Harry Potter,’ and we take pride in entertaining guests with everything that’s exceptional, from attractions to doughnuts.”

The new Voodoo Doughnut shop will find its sweet spot at the inimitable Universal CityWalk, located near the “5 Towers” outdoor concert stage and adjacent to the Universal Cinemas, currently under renovation and also slated to debut this fall.

Voodoo Doughnut, which originated in Portland, Oregon, has expanded to multiple U.S. cities in Eugene, OR; Denver, CO; Austin, TX, as well as overseas in Taipei City, Taiwan. The fall opening marks their first California establishment. Created by Kenneth “Cat Daddy” Pogson and Tres Shannon, Voodoo Doughnut is recognized worldwide by consumers and the media alike for their eccentric, palate-pleasing pastry creations.

The Pogson-Shannon team raised the bar in doughnut creation in 2003 by experimenting with an array of unusual ingredient combinations to create a broad selection of exquisite doughnuts that range from Bacon Maple Bar doughnut to the Grape Ape doughnut and the Mango Tango doughnut.