It’s the latest craze! Everyone is playing Pokémon Go, the new mobile (free download for Andriod and iOS users) augmented reality game which mixes real-world elements with the game – allowing players to catch Pokémon using their GPS map on their phone.

For those unfamiliar, Pokémon are essentially an assortment of different creatures/animals which are caught by the players in an effort to “level up” and fight them against other players.

The goal of the game is to collect all the Pokémon in the real-world, by either catching them or evolving them – as well as increasing your rank by fighting in gyms, catching said-Pokémon, and hitting up Pokéstops to collect more Pokéballs and other items.  Visiting real-world locations helps achieve the ultimate goal of “catching ’em all”.

With many people now addicted to the game, and going out looking for all the Pokémon goodies, we decided to head over to Universal Orlando and document all the gyms, and gyms that are located at the Resort – including the parking garages, CityWalk, and the 2 parks.

Some things to keep in mind while playing at the parks:

Not many Pokéstops are located here, with one located in each garage and one located in the Parking Hub. There is one located at the Toll Booth. Make sure to access that one while you are paying for parking. 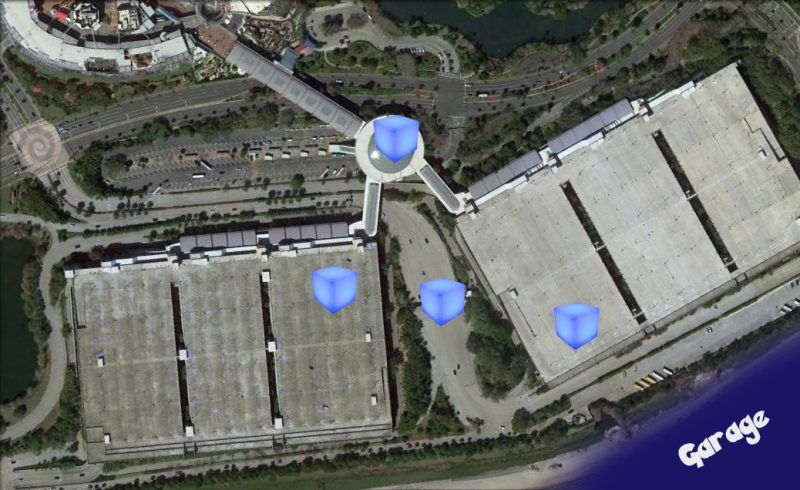 CityWalk features a good amount of Pokéstops with 1 gym located in the 2nd level near the Red Coconut Club. 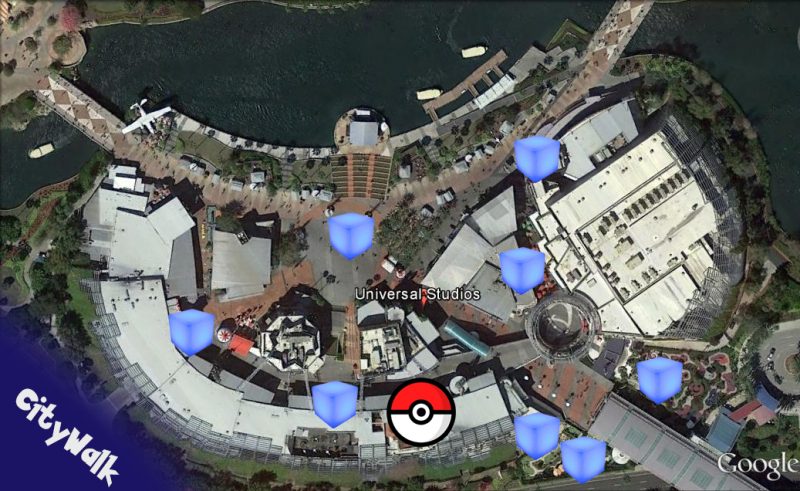 Over at Universal Studios, the park features countless Pokéstops and 3 gyms – 1 by the Globe, 1 in Diagon, and 1 in KidZone. There were several Pokéstops located in Disaster and Beetlejuice, but they probably won’t be accessible until after Fast & Furious: Supercharged opens in 2018. 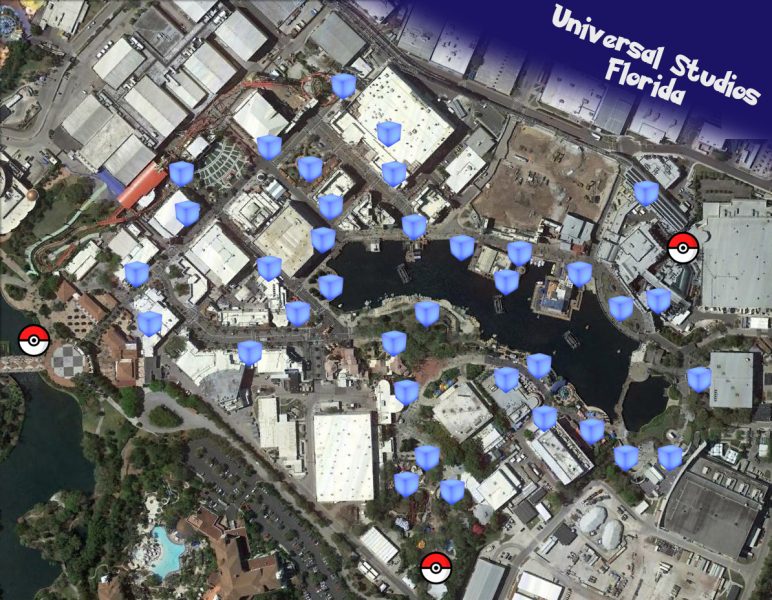 Over at Islands of Adventure; the park only features 1 gym, which is located in the Hogwarts Express. Surprisingly, the biggest land at the park – Jurassic Park – features the least amount of Pokéstops. Keep an eye out for “Pharrel’s Hat”. 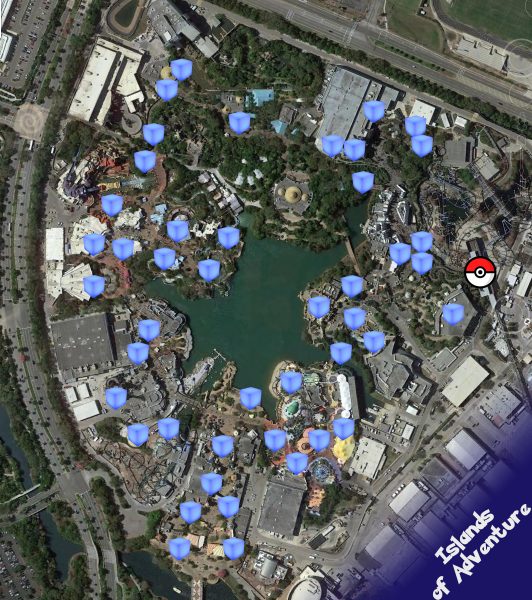 Hopefully these guides will help you hit all the Pokéstops, as well as catch the Pokésmon you’re hoping to catch. Let us know what you caught by joining our Forums and discussing the game!