Despite being shot by Dr. Loomis several times, Michael Myers is back – this time searching for babysitter Laurie Strode, his target from the first Halloween film. With Laurie Strode in the hospital after the events of Halloween, Myers storms into the hospital facilities in a fit of rage in search of Strode, killing anyone who gets in his way.

Welcome to the setting of Halloween: Hell Comes to Haddonfield. 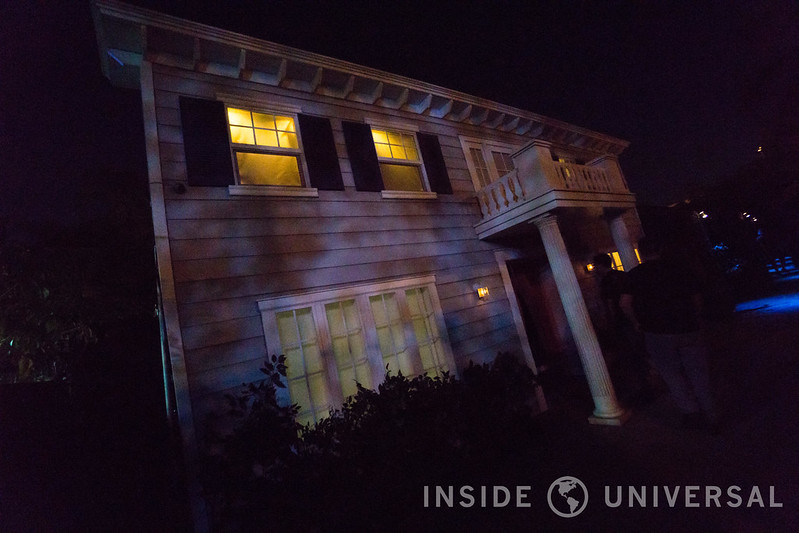 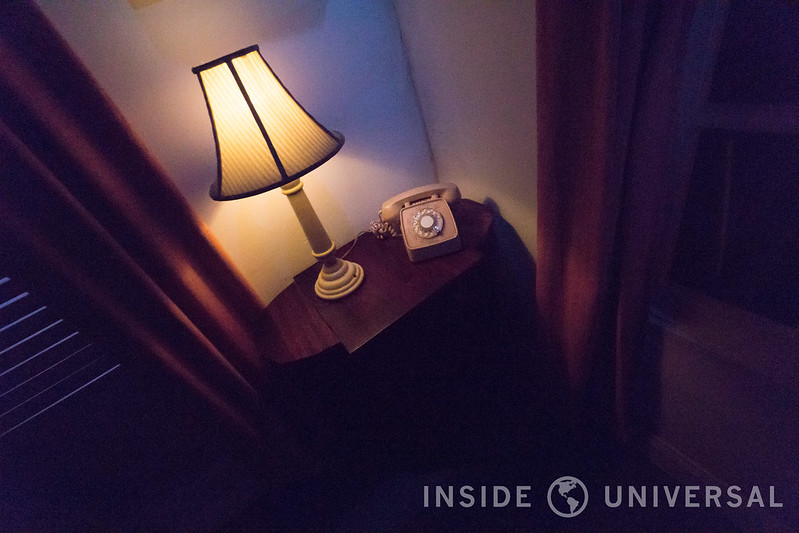 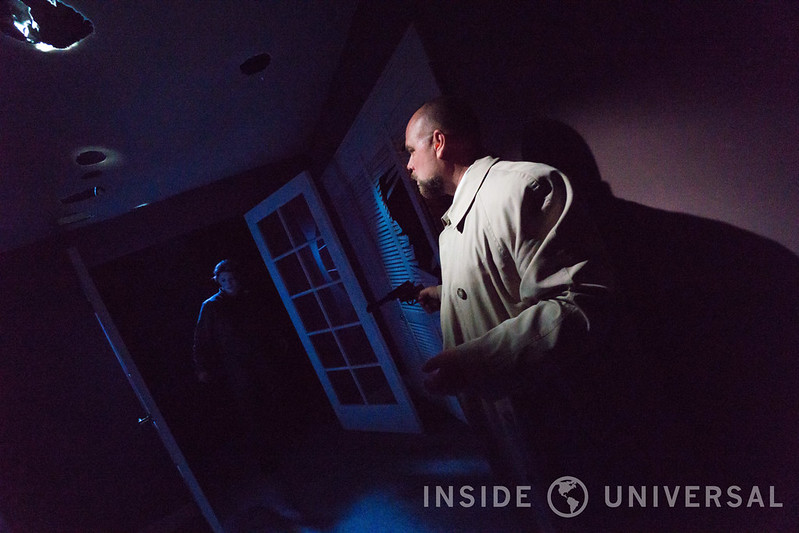 Acting primarily as a continuation of the incredibly popular 2015 maze Halloween: Michael Myers Comes Home, it must not come as a surprise that 2016 would have Michael Myers and Dr. Loomis back in yet another maze at Halloween Horror Nights. However, instead focusing purely on Halloween’s sequel, Halloween II, Hell Comes to Haddonfield attempts to take some liberty of its own to create an experience unique to Universal. While still firmly based on the events of Halloween II, Hell Comes to Haddonfield adds a touch of originality that has been a hallmark of the event’s 2016 roster (with Murdy and Williams adding a unique twist on The Exorcist and Texas Chainsaw Massacre: Blood Brothers).

Much like Freddy vs. Jason, Halloween is broken into three sections: The Doyle residence, the Haddonfield Memorial Hospital and the interior of a pumpkin (which we’ll explain later on). Beginning with the maze’s introductory scene, we are are immediately thrust into the climatic finale from the first film as we enter the Doyle residence. Dr. Loomis – pistol in hand – guns down Myers several times as strobes of light simulate gunshots. Yet, despite the repeated shots, Myers stumbles on, signaling that we may be dealing with a superhuman force. Even if you’ve never seen a film from the Halloween franchise, this setup serves as a perfect crash course on the enigmatic forces surrounding Michael Myers. After all, we can’t have our antagonist dying in the first scene. 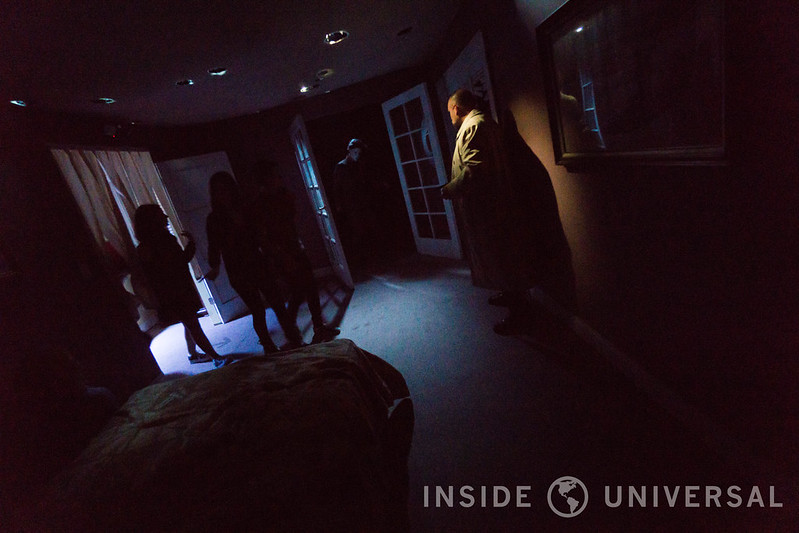 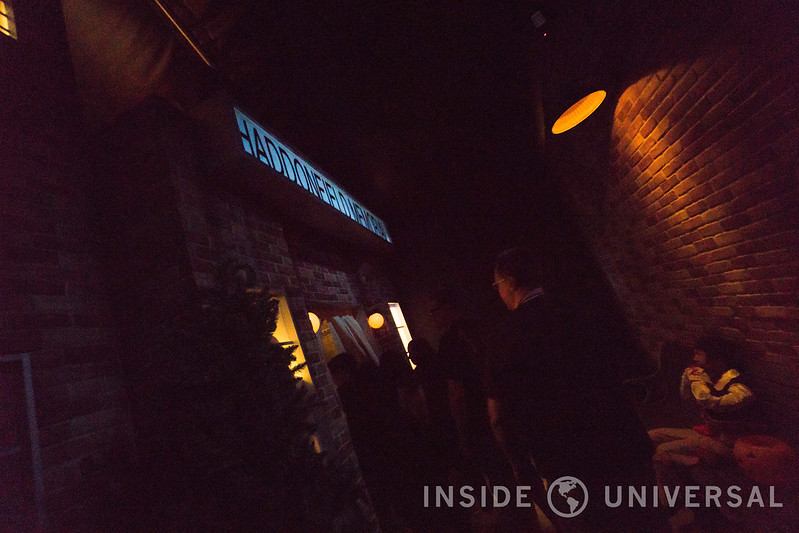 As you make your way through the house, Michael eventually tracks you down to the Haddonfield Memorial Hospital, which most of the film Halloween II takes place. With unmanned surveillance stations paired up with the gruesome murders of several hospital personnel, this section serves some of the more memorable kills from the film. From Nurse Jill Franco’s stabbing in the back, to Nurse Karen Ann Bailey’s head being shoved into a boiling therapy pool, the Haddonfield Memorial Hospital’s Horror Nights’ branch recreates some of the film’s most iconic murders using manikins to mimic their on-screen counterparts.

However, while Hell Comes to Haddonfield has thus far focused on reality, the final scene transforms into something that’s a bit more abstract. While this maze’s final act may seem like an odd place to put a pumpkin section, knowledgeable fans of the franchise will realize that the giant pumpkin that you enter through was inspired by poster art for the film. With disorienting pumpkin faces illuminated all around you, you’re never sure where Michael will pop up and try to attack. And of course, while Horror Nights is known for their questionable smells (to put it lightly), this section features a refreshing pumpkin spice. 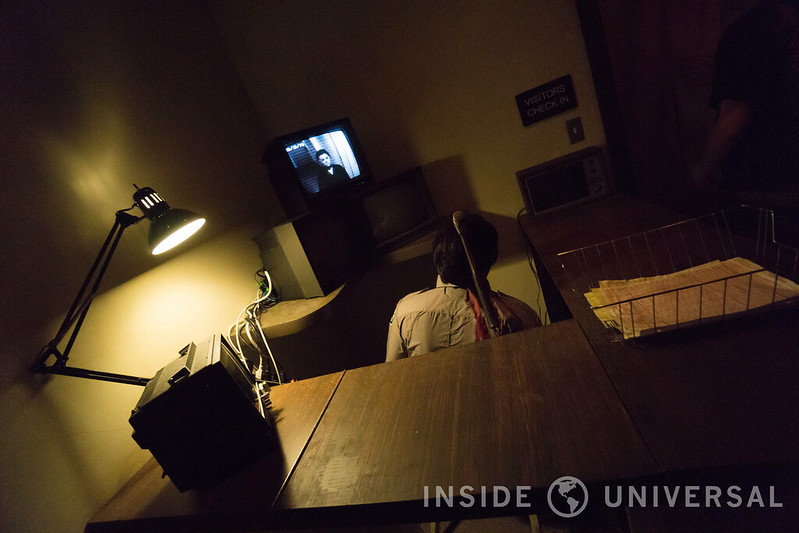 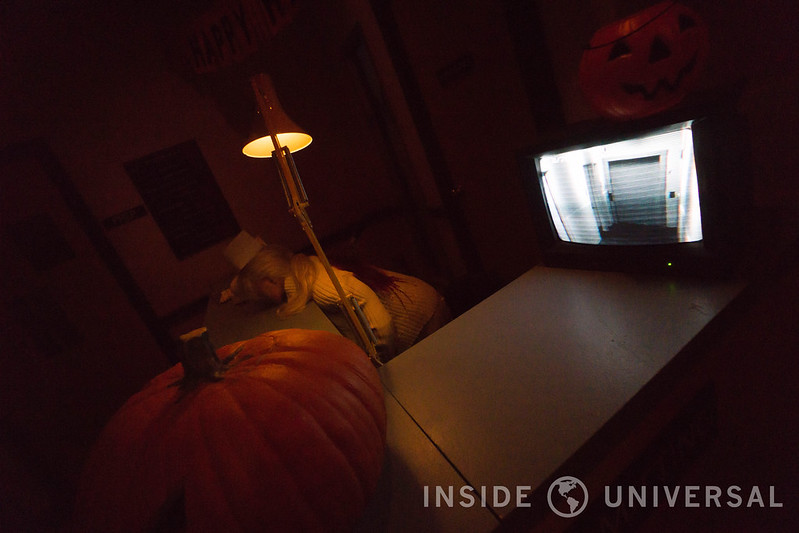 In the end, how does Hell Comes to Haddonfield stack up to its incredibly well received predecessor? Very well, and in some cases, better.

While it does suffer from some form of predictability, Hell Comes to Haddonfield features a phenomenal combination of unique scares, ambiance setting scenes and tension to create the ultimate maze environment. Much like the franchise, Hell Comes to Haddonfield relies just as much on suspense – the buildup from Dr. Loomis’ first encounter with Myers and the foreboding hospital murders – as it does on sheer scares, producing a healthy balance that’s not overly reliant on a single effect or technique. Scenes aside, this slow buildup of tension in Hell Comes to Haddonfield is the ultimate homage to the Halloween series – a true testament to Murdy and Williams’ ability to translate film techniques into a living and breathing experience.

We’re predicting that Halloween will once again feature some of the longer wait times during Halloween Horror Nights, and rightfully so. It doesn’t disappoint. 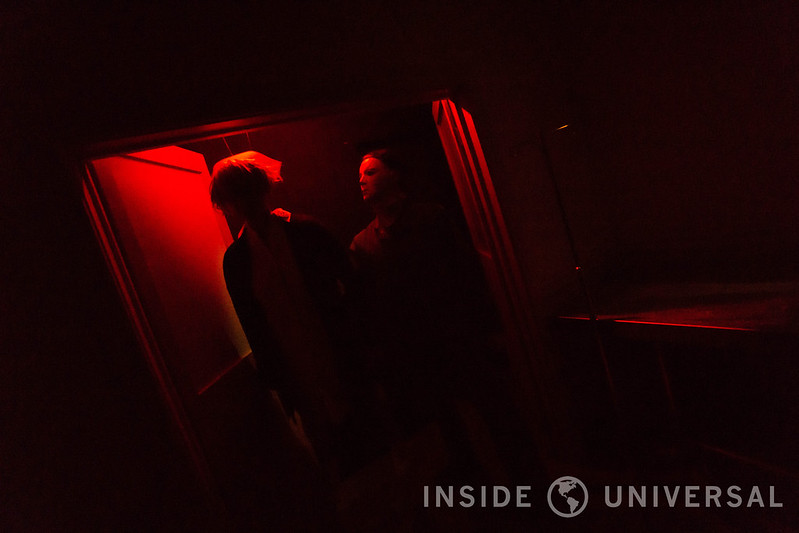 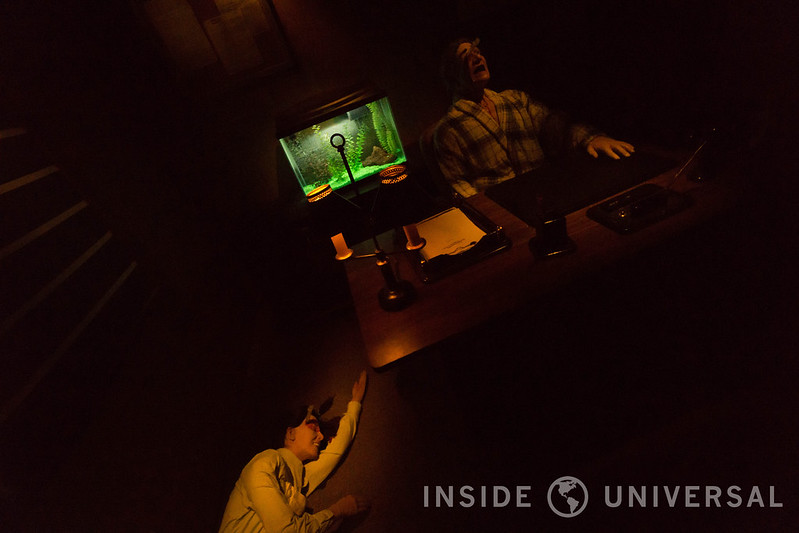 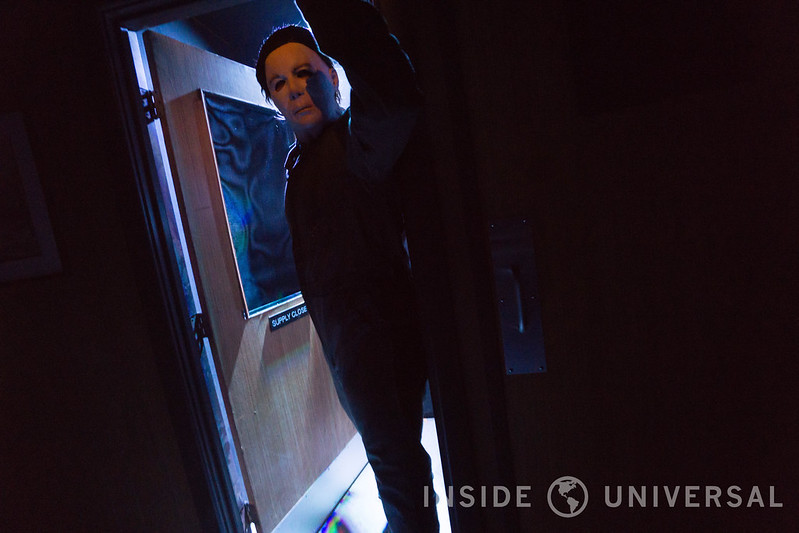 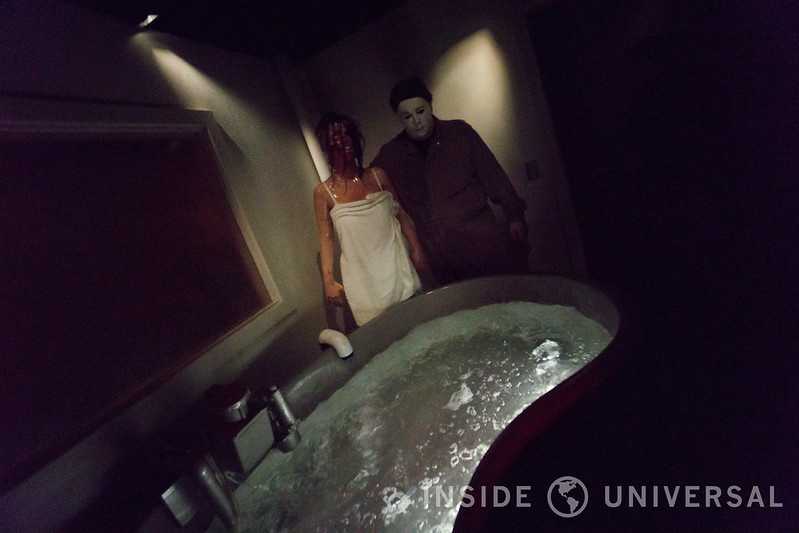 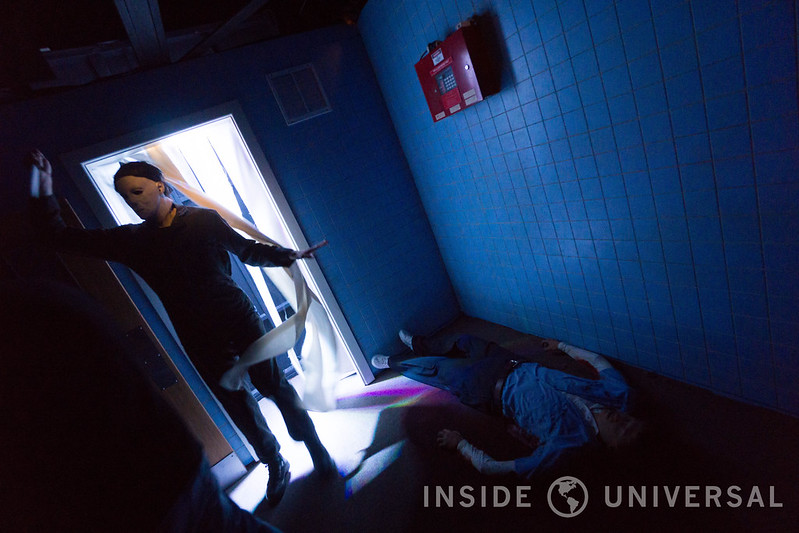 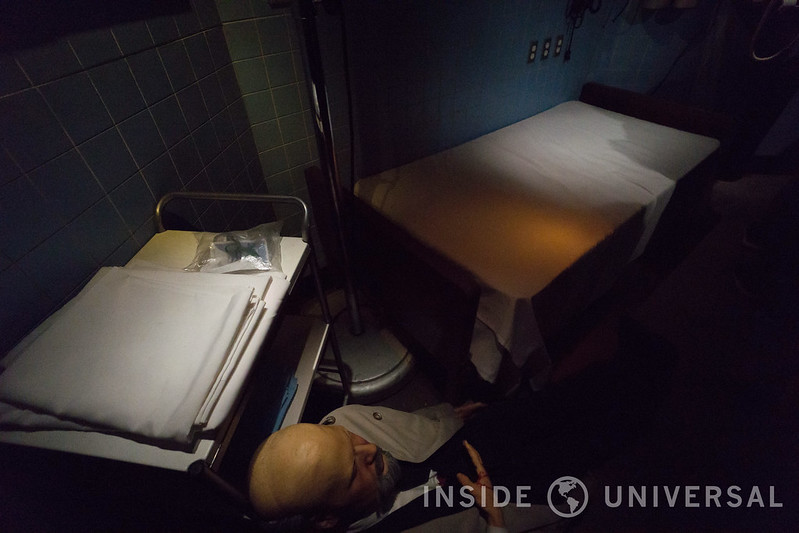 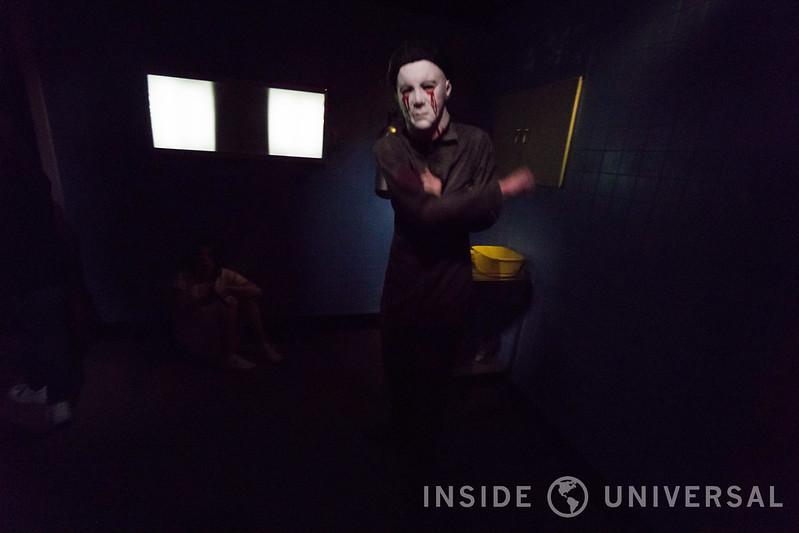 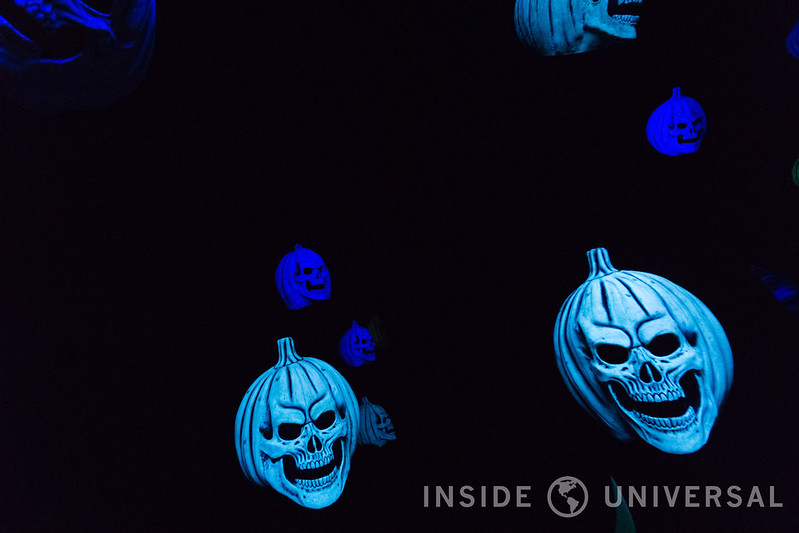 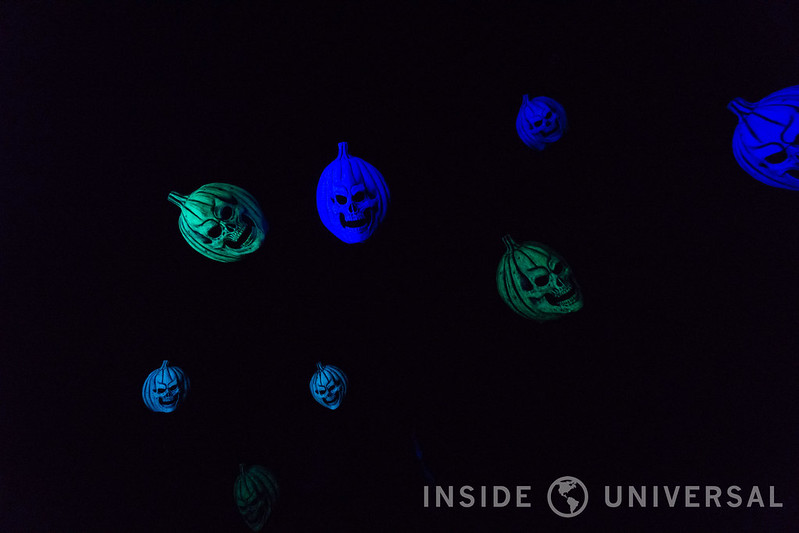 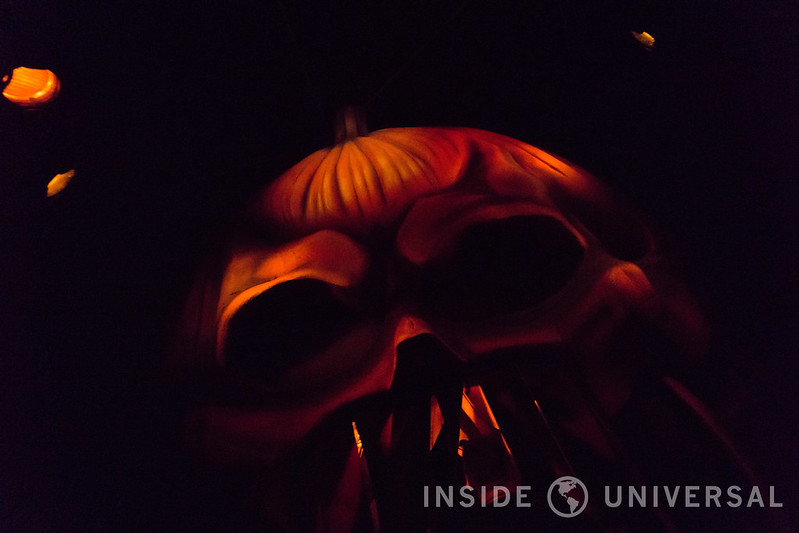 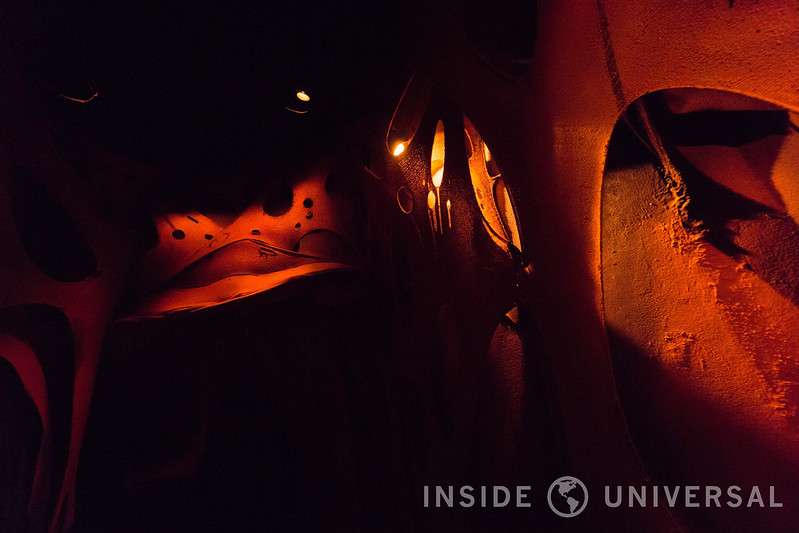