“This is the best lineup we’ve ever had”

While it may be easy to dismiss this statement as hyperbole (after all, no one’s going to tout their newest creation as their second or third best effort), I think it may actually be fair to hold this year’s roster as Universal’s most spectacular lineup to date.

It’s the year of the blockbuster.

Leatherface. Freddy Kreuger. Jason Voorhees. Michael Myers. Hollywood’s titans of terror, in one place at the Southland’s premiere Hollywood event. While all of these prolific characters hold a special place in Halloween Horror Nights canon, none of these iconic figures have appeared in a single year together in such a blockbuster event. If John Murdy aims to retire as Halloween Horror Nights’ creative director after 2016 (which he shows no sign of doing), he’s certainly going out with tremendous punch.

While we’ve yet to tour the homes of Leatherface, Freddy, Jason or Michael, Inside Universal was invited for a special behind-the-scenes look at two mazes from this year’s Halloween Horror Nights lineup: American Horror Story and Krampus. Though both franchises are relatively new inductees, both still command a considerable following in the horror community.

We’ll outline American Horror Story below, and yes, there are spoilers ahead. 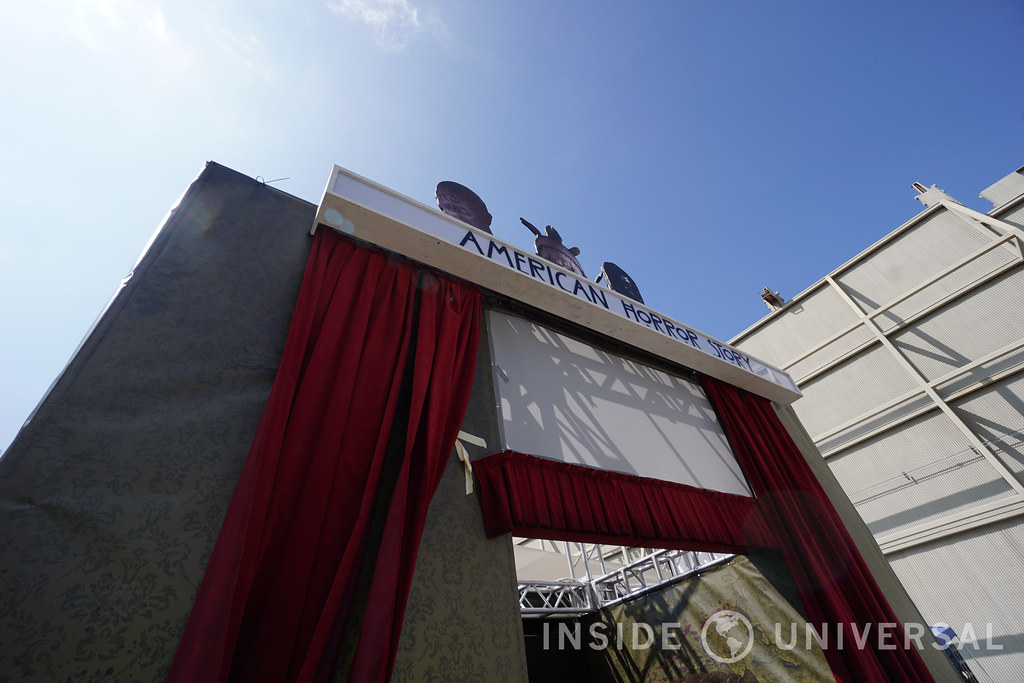 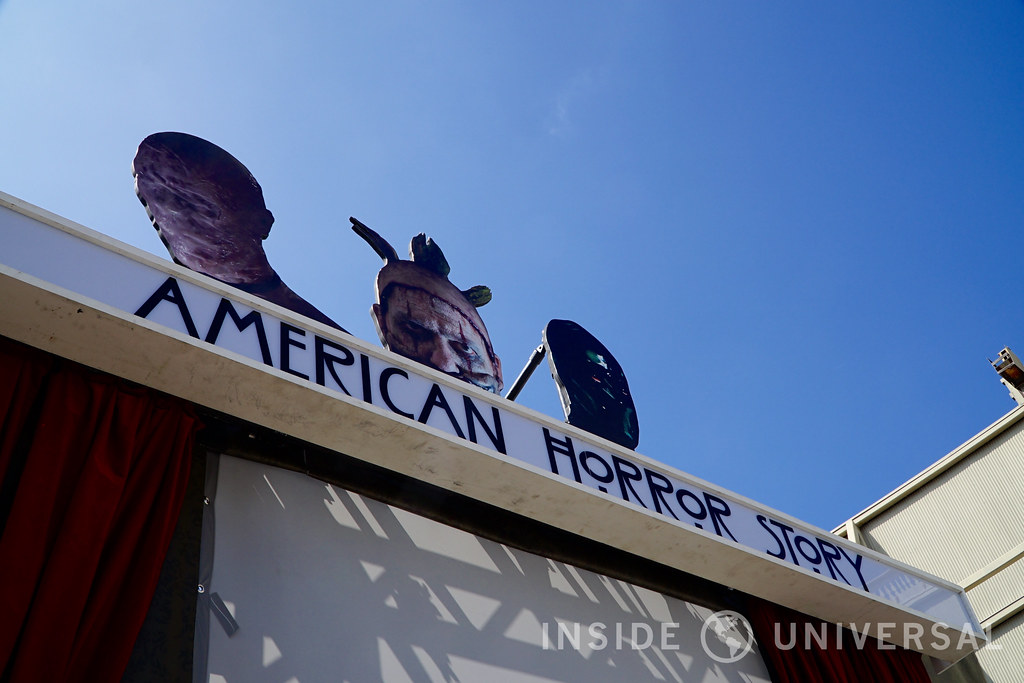 A long-requested franchise, American Horror Story will feature three seasons from the television series, including Murder House, Freak Show and Hotel. And like the television series, the maze will divide each season as a separate anthology using portals with video imagery to differentiate between the seasons. “Murder House changes environments pretty drastically. The spirits that lived in the house are trapped here, and the characters that die all originate from different time periods, so we make big leaps as we go along,” Murdy notes.

Given that an anthology – by its very definition – features short stories that may otherwise not share a common thematic element, Murdy and Williams were faced with the challenging task of tying the disparate elements of American Horror Story under one cohesive arc. Murdy acknowledges this challenge, noting that the maze will feature the show’s Halloween episodes to create a singular thematic thread throughout the experience.

In an effort to bolster cohesion and serve as chapter markers throughout the walkthrough, video imagery will also serve as an instrumental bridge in this year’s maze. Footage from the show’s opening title sequences will be prominently displayed at the maze’s facade, giving guests a glimpse of what they’ll experience once inside. Title-specific characters that otherwise never appear during the actual show will make special appearances throughout the maze, allowing the Universal creative team to add an original touch while still staying true to the much-loved series. Of course, iconic scenes – such as Adelaide Langdon’s pretty girl sequence and the robbery scene from Piggy Piggy – will be included as well.

“I wanted to give her a smile that would last forever”

For those of us who have never seen the television show, American Horror Story also includes scenes based off some of Los Angeles’ most iconic – though gruesome – crime legends, including the still-unsolved Black Dhalia murder case. Actors in this sequence will lip sync with production audio used in the show – a trick that originated in last year’s Halloween maze – to create a new level of authenticity that has become a hallmark of Universal’s annual Halloween event. This authenticity – which Murdy and Williams often note – stems from the close working relationship between the entertainment industry and Halloween Horror Nights. 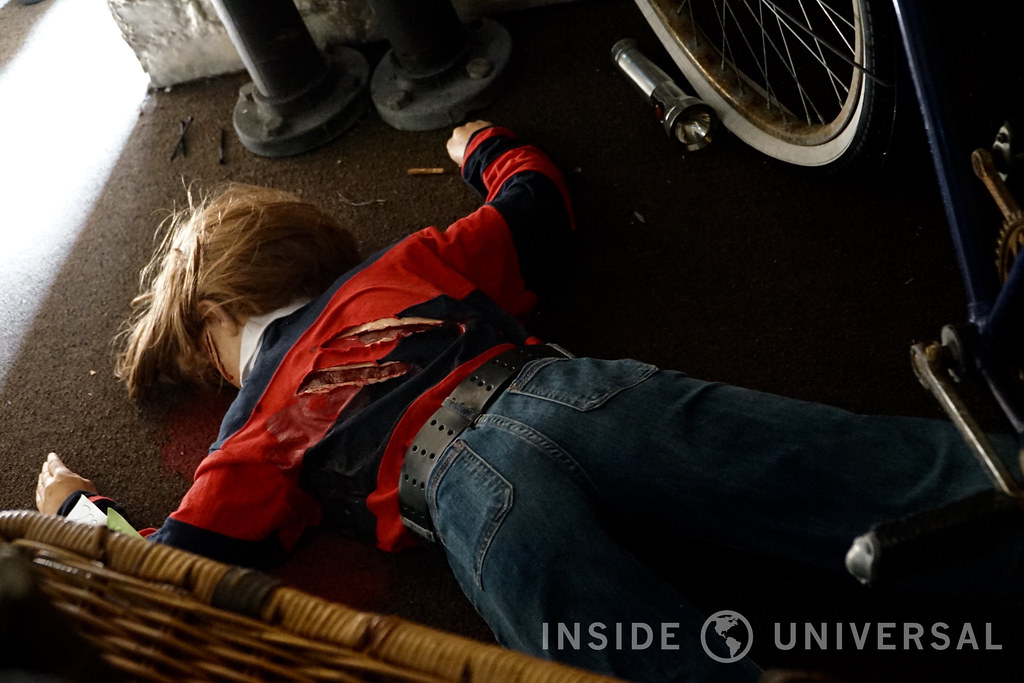 More often than not, the creative team behind some of the horror genre’s most iconic films and television shows are eager to collaborate with Murdy and Williams, and American Horror Story’s co-creator Ryan Murphy proved to be no different to that rule. At Murphy’s insistence, props and even unused characters will be appear throughout this year’s maze, including Jessica Lange’s fourth child – which, surprisingly enough, features an interesting backstory.

Like many shows and films in Hollywood, the cast and crew of American Horror Story filmed a series of scenes that never made it past the editing stage. While the cast and creative crew of the television show have since moved on, the fan base didn’t, and the fourth unaired child has become something of folklore within the show’s enthusiastic fan community. Luckily for them, the fourth child will be making an appearance in this year’s maze, allowing Murdy and Williams to once again shed light on an otherwise incomplete story arc in a well-known franchise. 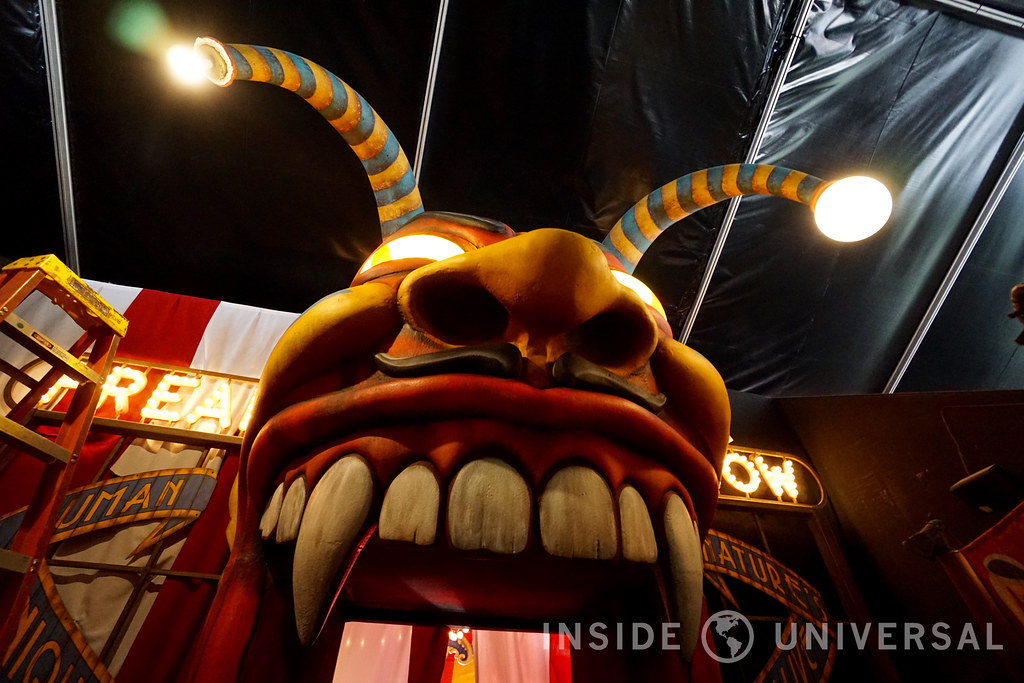 As guests continue through, they’ll encounter Twisty the Clown and the iconic Freak Show set piece. “It’s a huge set piece” notes Murdy, “It’s very complicated, and this was all cut out by robots – the same robots that are used in the automotive assembly.” Indeed, the Freak Show set piece serves as a visual hallmark for the maze, easily becoming American Horror Story’s icon at this year’s event. 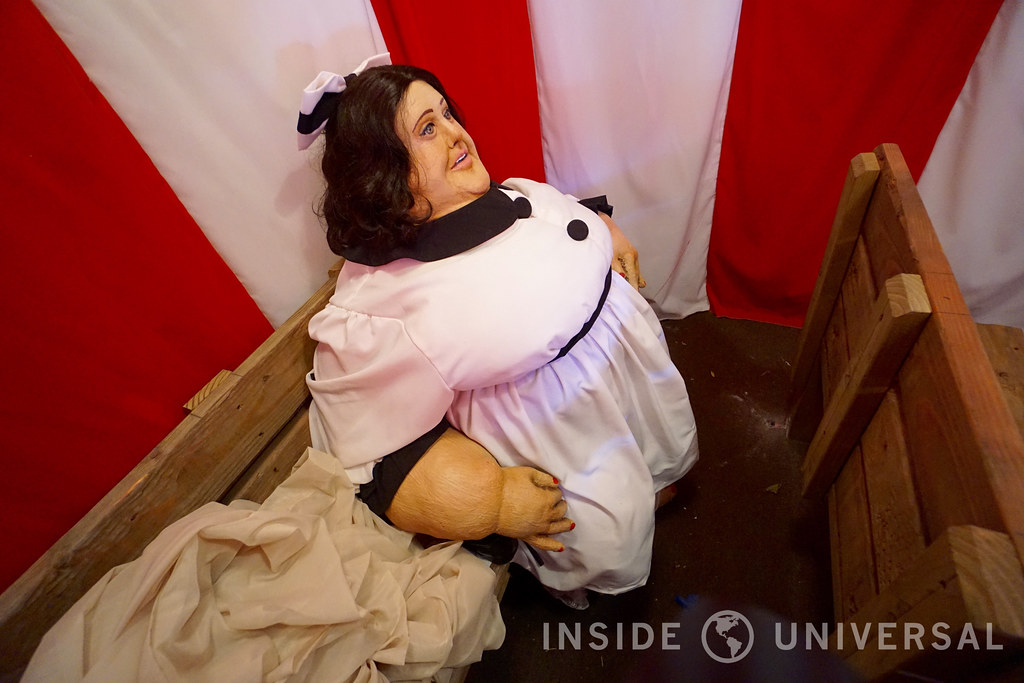 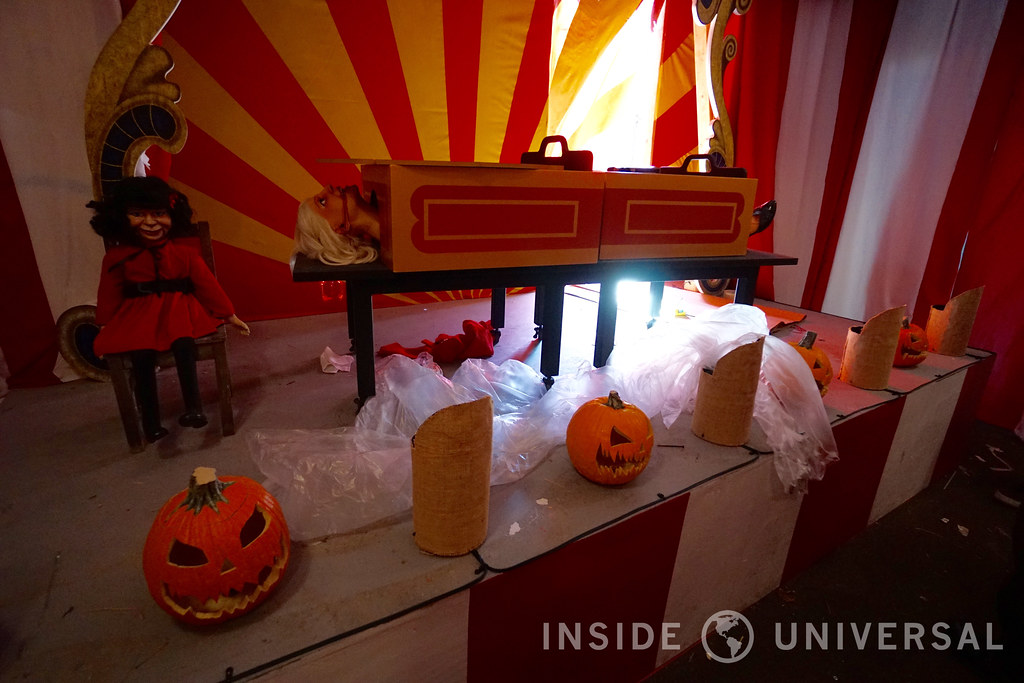 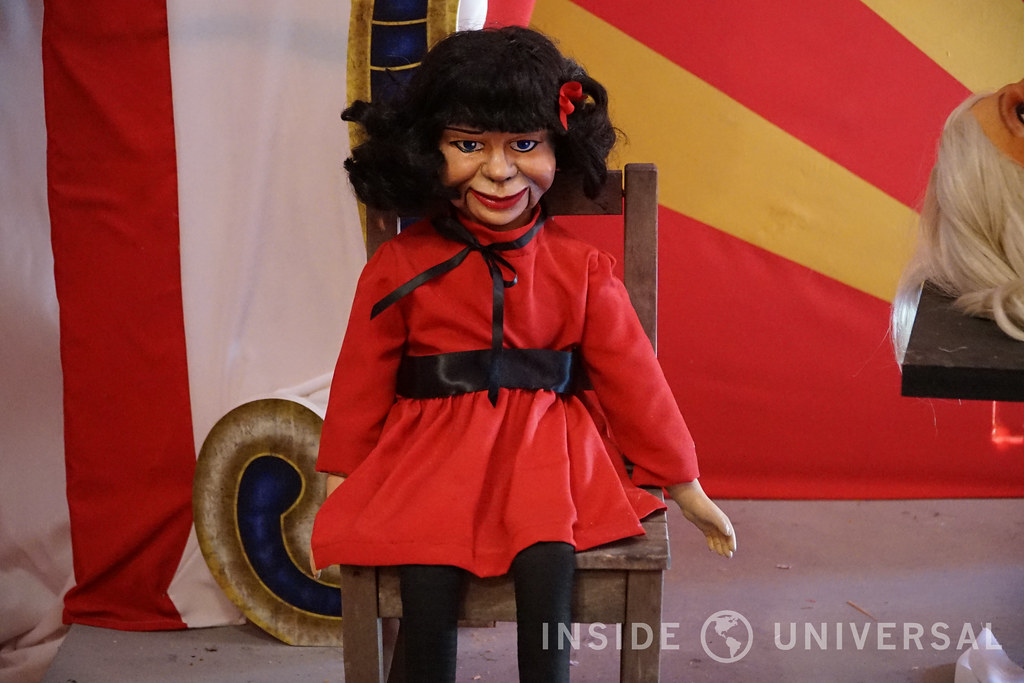 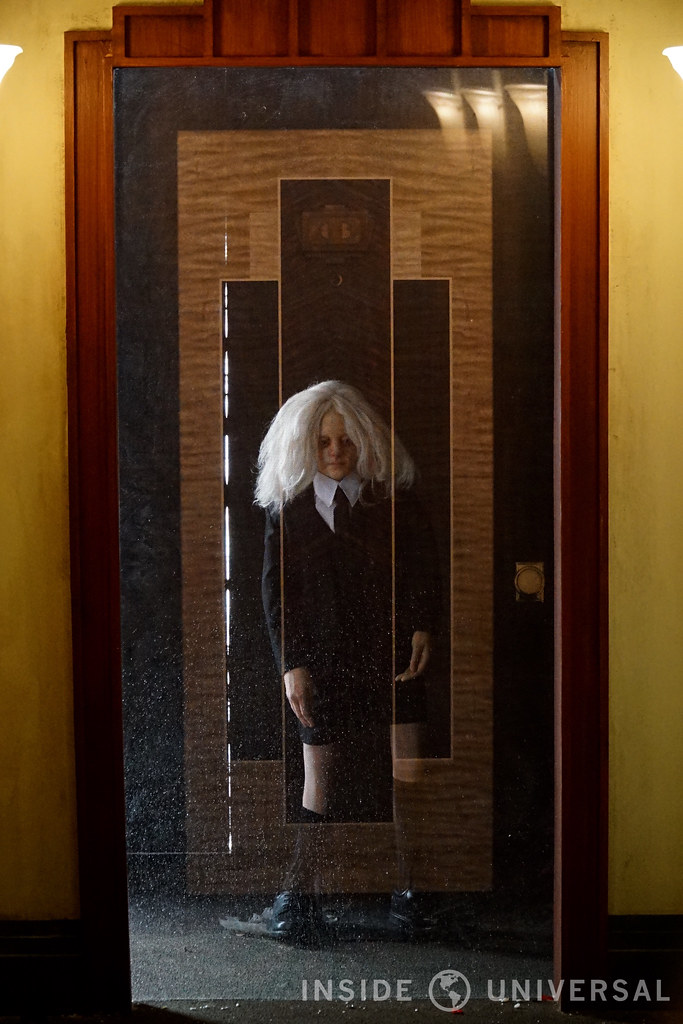 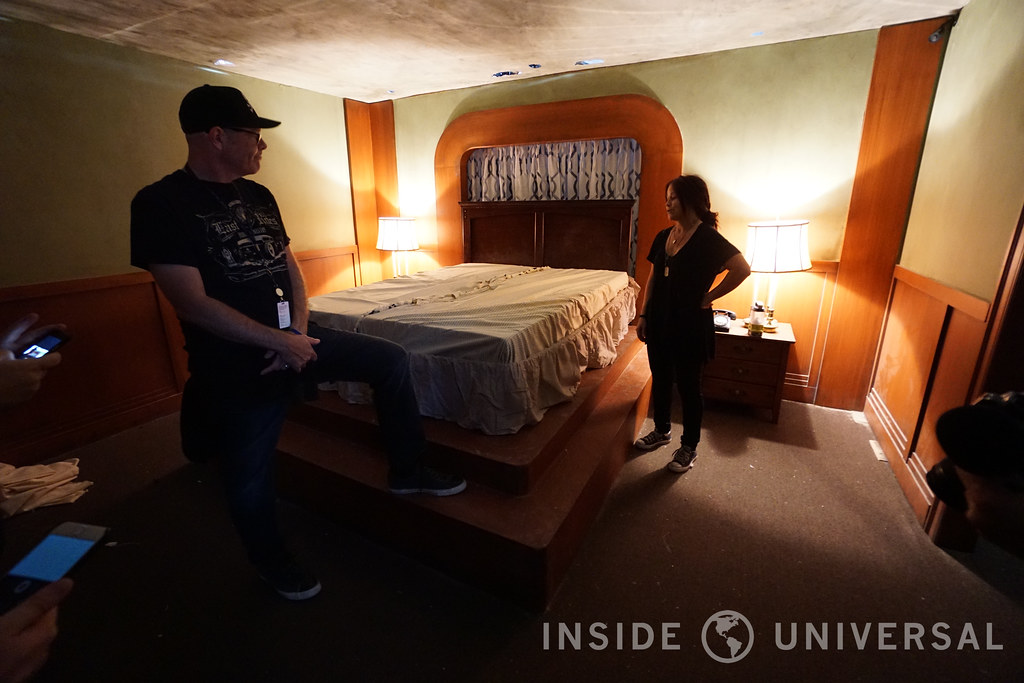 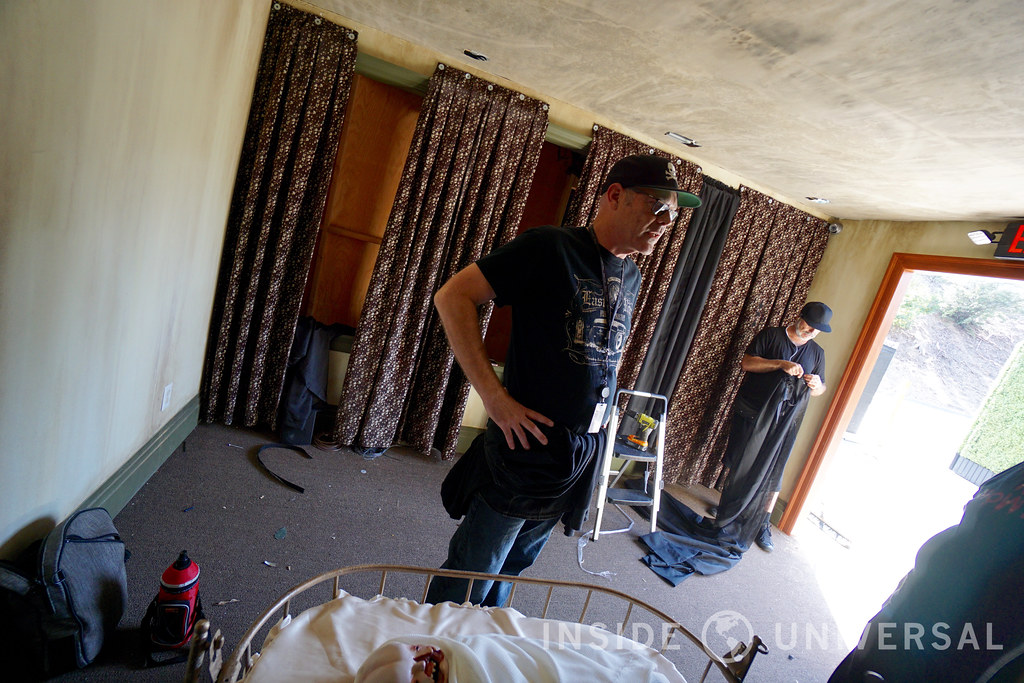 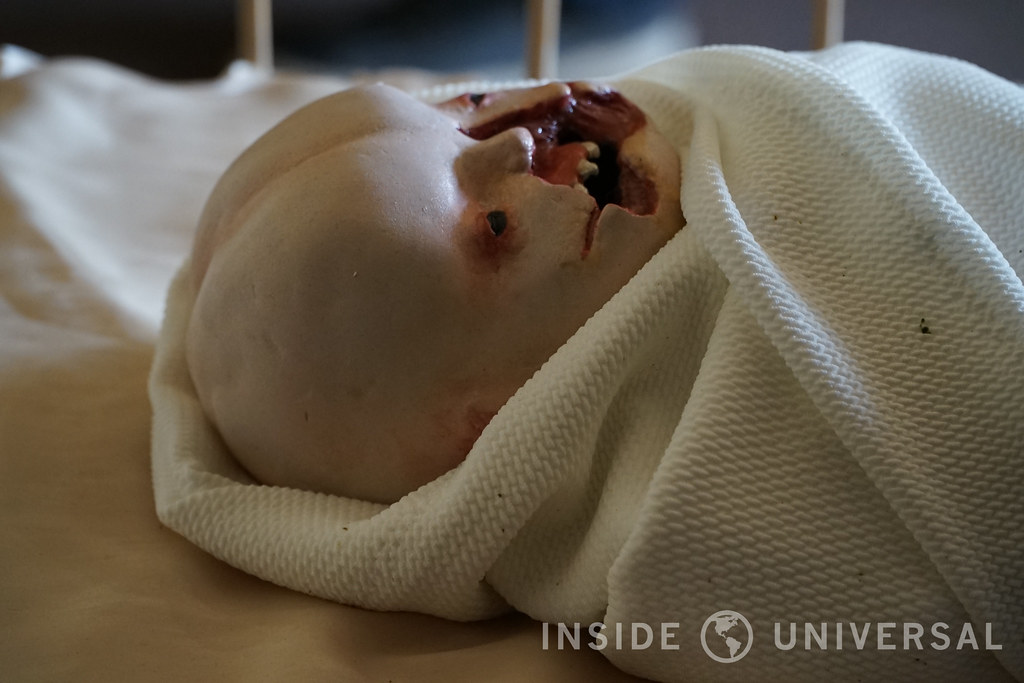 As for the maze’s final ending? Lady Gaga’s character The Countess will be making a special appearance with a “really freaky baby,” but we’ll leave it up to you to experience the grand finale.

Halloween Horror Nights begins on September Friday 16 on select nights. We’d like to thank Universal Studios Hollywood for their generous time and hospitality.