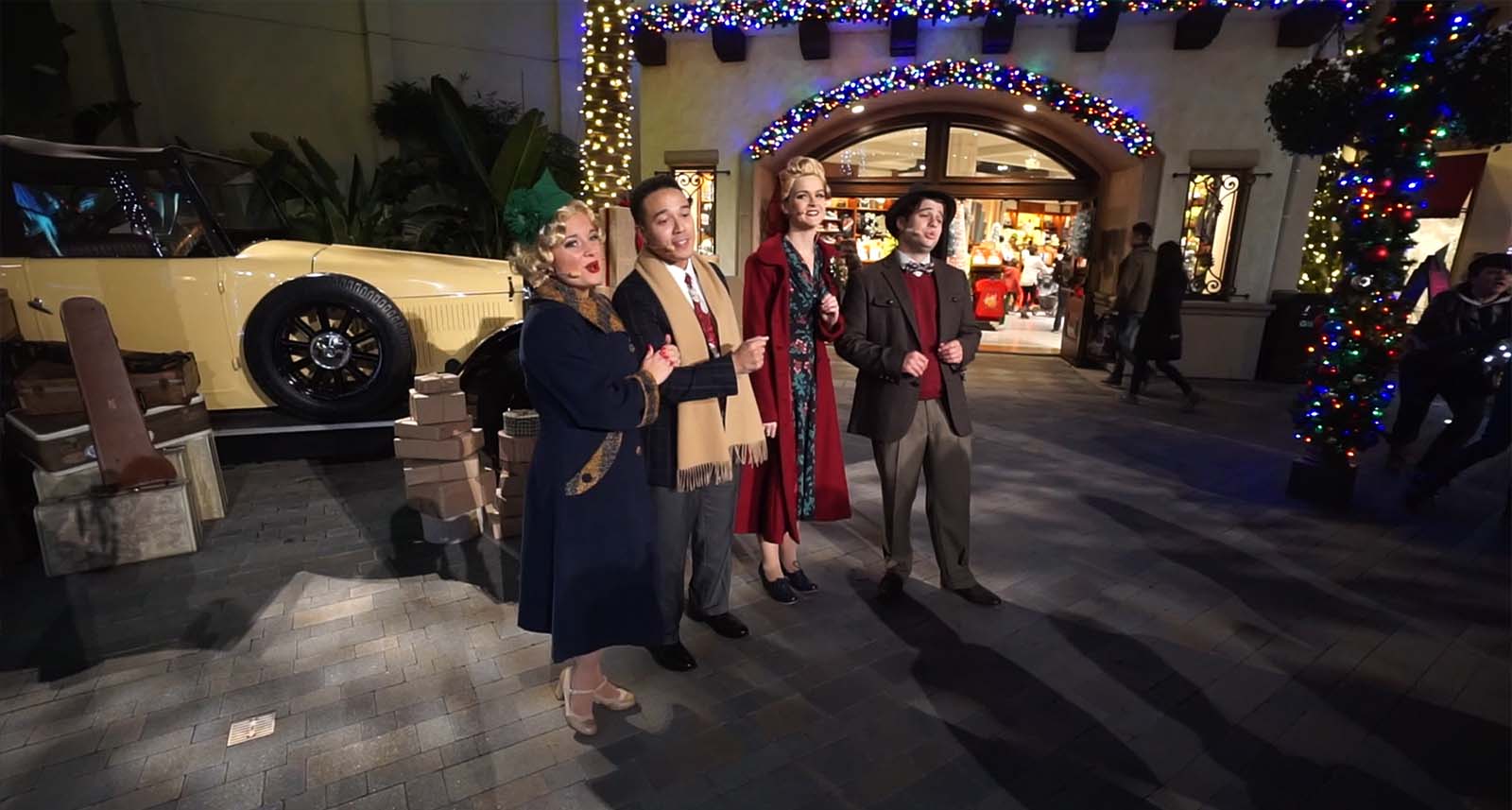 Universal Studios Hollywood has added two holiday entertainment offerings in front of Universal Boulevard. Added as part of the park’s streetmosphere, these offerings are divided into daytime and nighttime performances, with daytime shows (known as “The Shincrackers”) featuring a quartet of instrumentalists and nighttime performances (known as “The Happy Holidays Carolers”) featuring carolers singing classic Christmas ballads.

While Universal has featured entertainment in front of Universal Boulevard in the past, these new offerings mark the first time Universal has taken advantage of Universal Boulevard’s emphasis on the golden age of Hollywood cinema. The small daytime quartet features saxophone, double bass, guitar and drums with performers dressed in period clothing reminiscent of the 1930s and 1940s. Similarly, the nighttime carolers are performers stranded by a broken vehicle that choose to harmonize and sing to pass the time while they wait for assistance from the towing company.

Both shows compliment Universal Boulevard and Universal Plaza’s homage to the era of Hollywood glamor, emphasizing subtle sounds and harmonies over the brash instrumentation that characterized much of Universal’s previous streetmosphere bands. While show times are not yet posted on Universal’s official wait times website, these new entertainment offerings do play throughout the day during the holiday season.

If you’re not able to see these shows in person, we’ve included a video of an entire performance of “The Happy Holidays Carolers” below, followed by a brief clip of “The Shincrackers.”