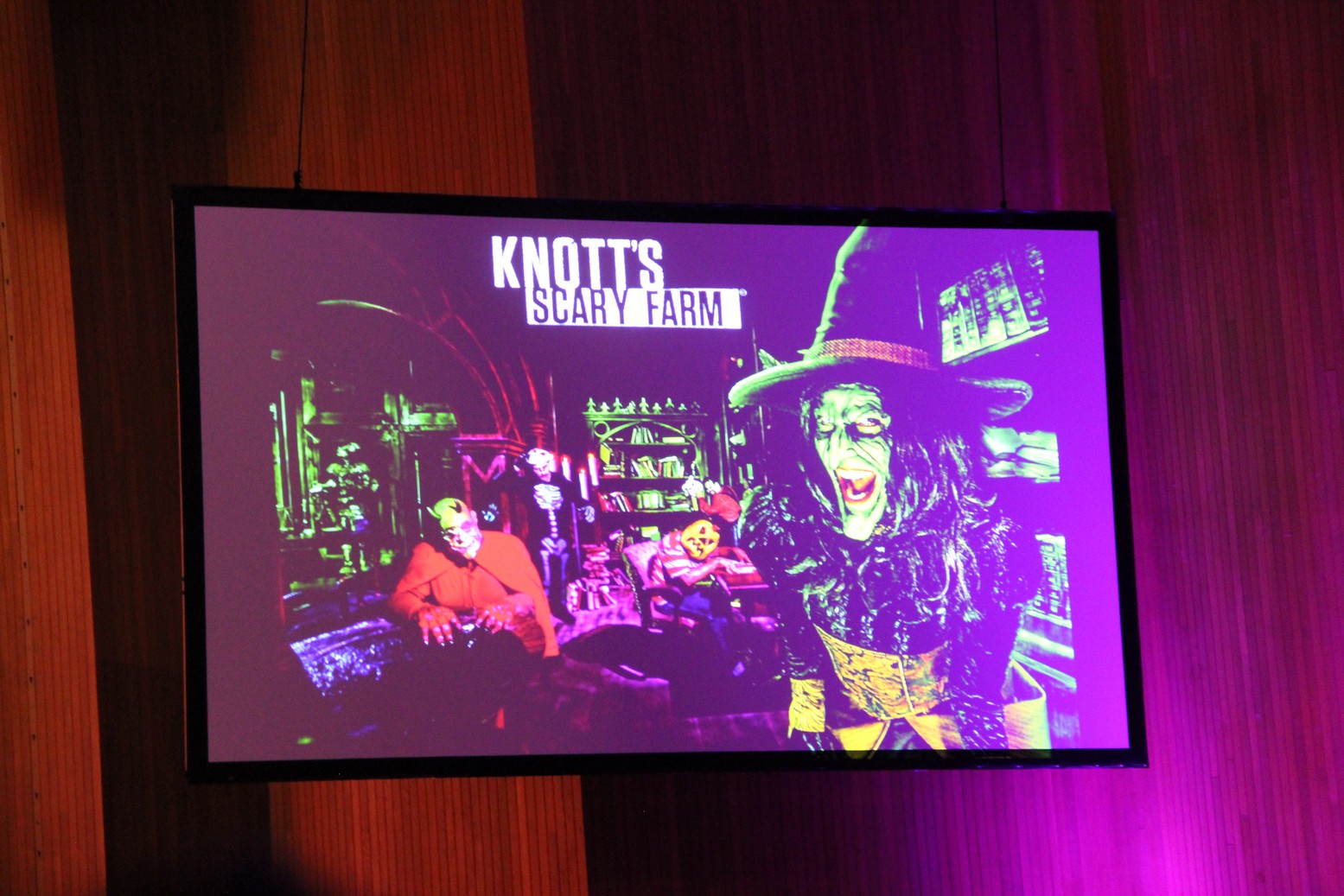 After the initial panel of the Tower of Terror ran late, and a tad long (With zero complaints about the latter), questions were emerging about the Knott’s panel, given the anticipation for it.

Ultimately those were not a concern. Following the opening video of monsters slowly taking over Calico, the ever-reliable Jeff Tucker made his way to the stage to welcome the audience to Knott’s Scary Farm. Right off the bat, he detailed how the Fright Lane and Fast Lane tickets were being merged into a single pass. In years past, Fright Lane, accompanied by the skeleton key, was sold to allow you to skip the lines for mazes, standing alone from the Fast Lane, their year-round ticket that lets you skip the wait for the standard attractions. Even regular fans of Knott’s Scary Farm had trouble differentiating the two, so much like merging the parking pass of the daytime and nighttime operations, this was a good move towards cleaning up the complexities of upcharges. 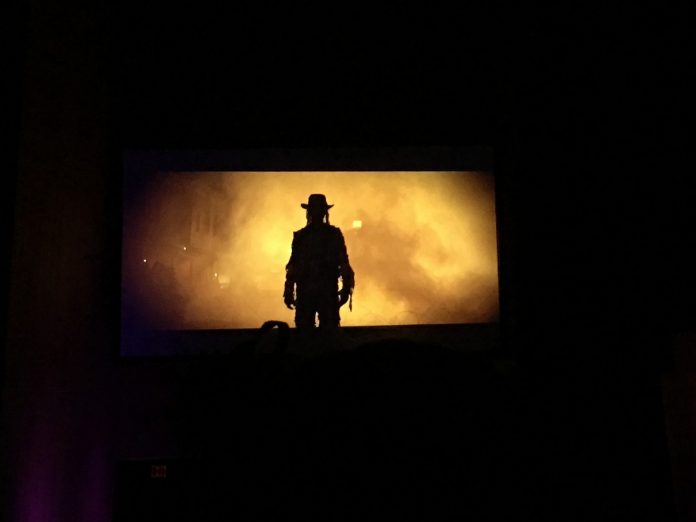 Beyond that, Cassandra Peterson, better known by her Elvira persona, a decades-long mainstay of Knott’s Scary Farm, announced she will be returning this year for a farewell season, citing we don’t want to see her wheeling across the stage, despite the very audible audience begging her to continue for as long as possible. 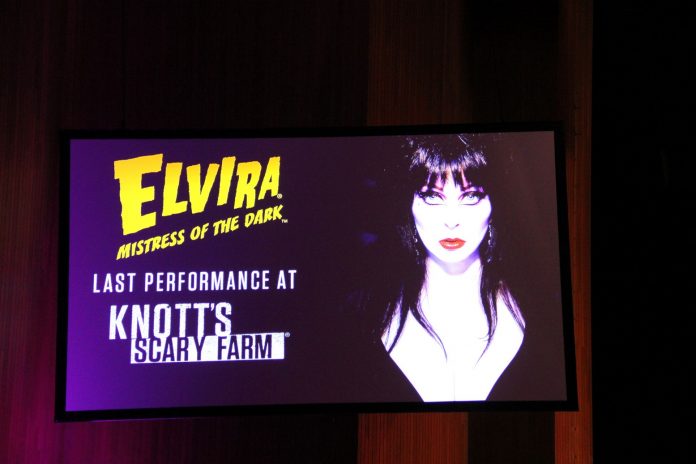 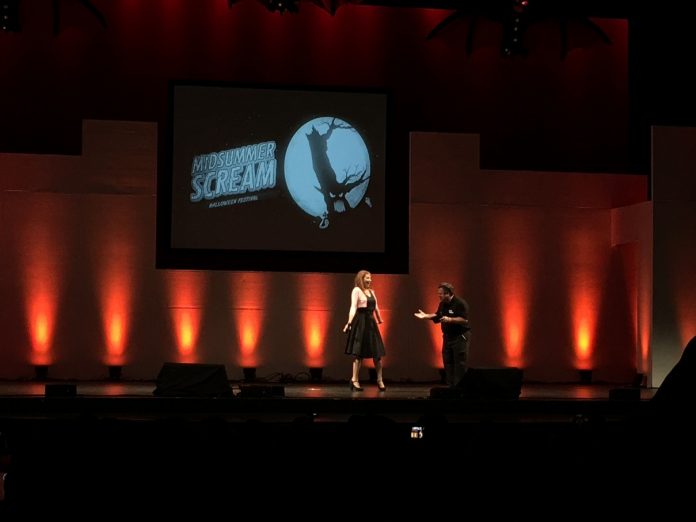 The sole maze discussed was Trick Or Treat, which debuted in 2012, the oldest maze currently in use at the farm. Instead of sending it away, Jon Cooke was tasked with re-inventing it. Building on the Prey skeleton key room from 2016 with the interactive-but-out-of-your-control lantern, all guests in Trick or Treat: Lights Out will navigate the maze using a faulty flashlight, engineered to cut out at key points.

Also, being the 45th year, Tucker explained that there will be 13 mazes this year, a thematic redo of an existing attraction, and 1,000 monsters. The reveal of those crucial details was not embellished beyond that, except for Trick or Treat: Lights Out, instead promoting their annual Scary Farm reveal event which takes place this year on August 31st. 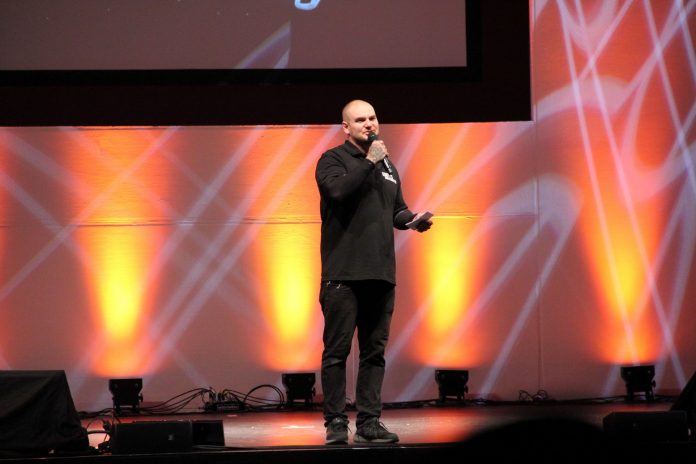 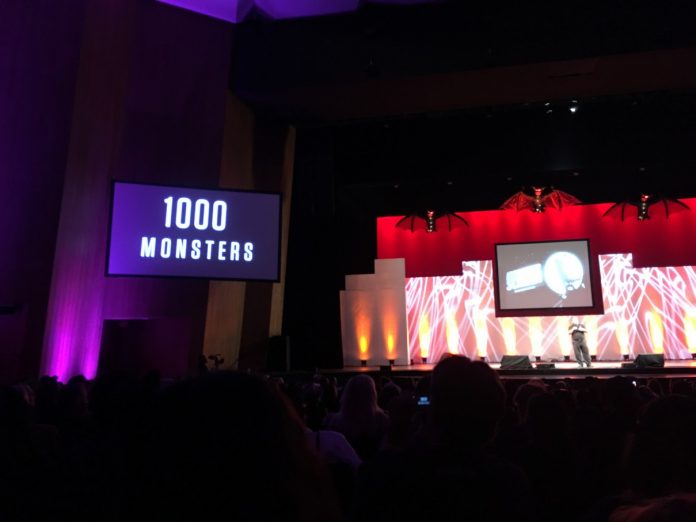 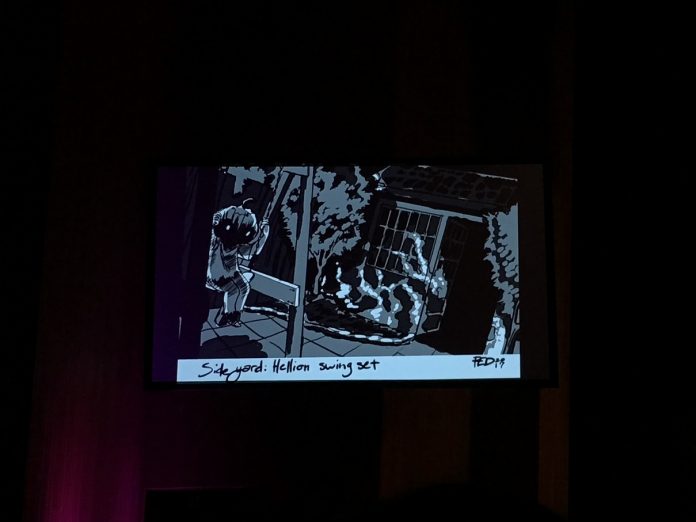 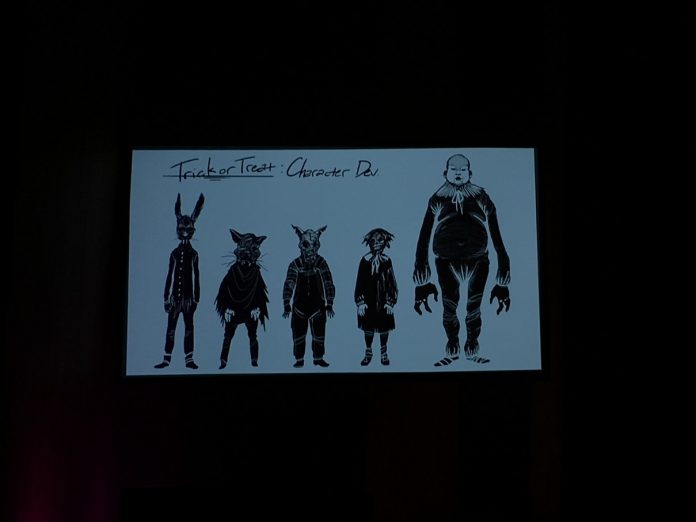 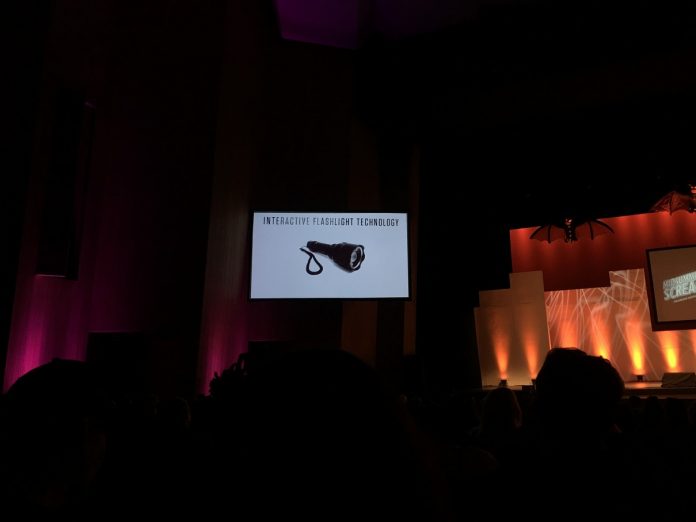 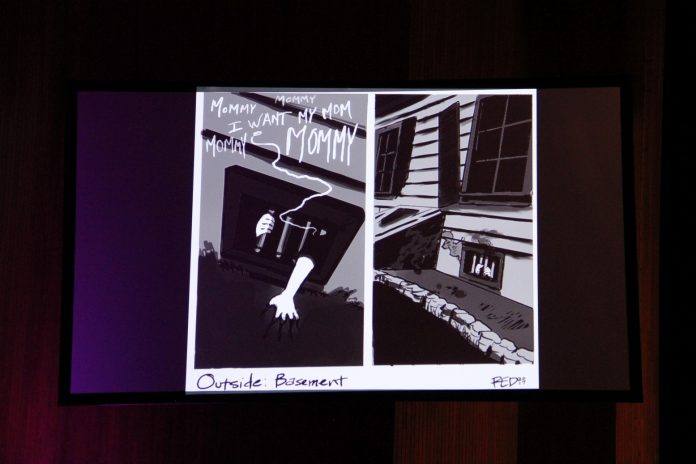 Knott’s Scary Farm reveal events have become an annual staple in their Charles M. Schulz theater in late August. In addition to being for the press, season passholders, provided they reserve a ticket online when registration opens, are welcome to attend. And for those unable to make the trip down to Buena Park, they also have been livestreamed in the past, as well. Given how tight-lipped Knott’s has kept their Midsummer Scream presentation this year, a lot is being saved up for this event, ensuring it’s going to be quite the spectacle, especially for such a key anniversary.

But hints are being dropped around. Giving the special code out at their booth on the showfloor gave you a peek at a bloody book of Mother Goose. Where that could lead is fairly open, whether it’s an all encompassing maze or focused on one specific story. We’re sure to find out in a few short weeks.