This is part 2 of our look at the history of Shrek 4D and its predecessors. To check out part 1 of our feature, please click here.

So as Shrek 4D prepares to close on August 13, let us take a walk through Universal’s history and see how the venue has changed over the years.

To coincide with the release of The Flintstones in 1994, Universal closed Star Trek Adventure and retrofitted the show into a full-fledged musical revue with their own take of the classic cartoon.

Aptly named The Flintstones Show, which also debuted in 1994, Universal describe the musical as a “Rockstravaganza” that allowed the audience to join Fred, Wilma, Barney, Betty and Dino for a – their words – “funkfest of mammoth proportions.” For Universal, the show pushed the boundaries for a live musical theme park theater by showcasing a detailed set juxtaposed to costumed characters. More importantly, the show featured an original score along a flying rig that could transport the show’s characters over the audience – a feat never attempted before at a theme park. 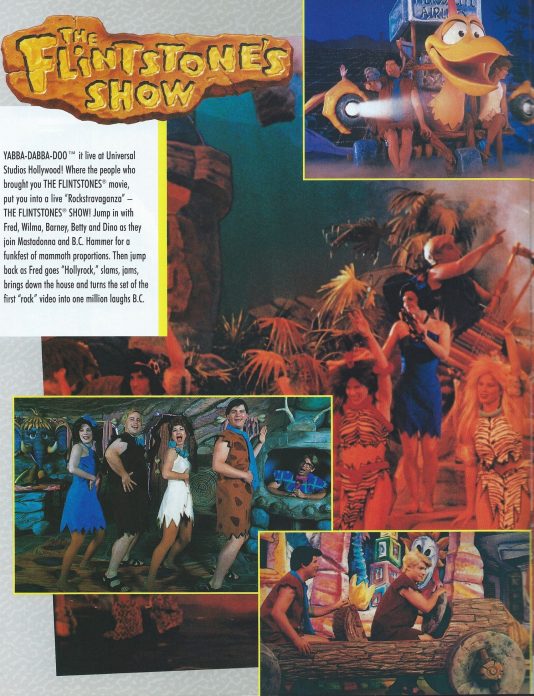 It was a clever show and a risky step for Universal, considering the park also featured two musical shows at that time. Beetlejuice’s Graveyard Revue  (until it was renamed Beetlejuice’s Rockin’ Graveyard Revue, when it moved into the Castle Theater) was just a short distance away alongside An American Tail Show, which was located next to Fivel’s Playland. 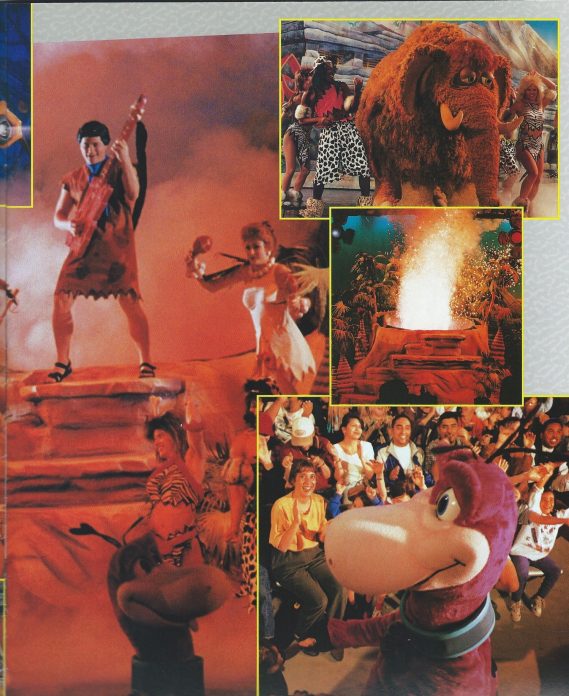 While the musical had a decent budget, The Flintstones Show didn’t have the appeal Universal was hoping for. The show subsequently closed in 1997.

Thus, in 1997, Totally Nickelodeon was born. This high energy game show brought Nickelodeon’s most notable cartoons and game shows to life, including the Rugrats, Hey Arnold!, All That, Family Double Dare, Guts and What Would You Do?. 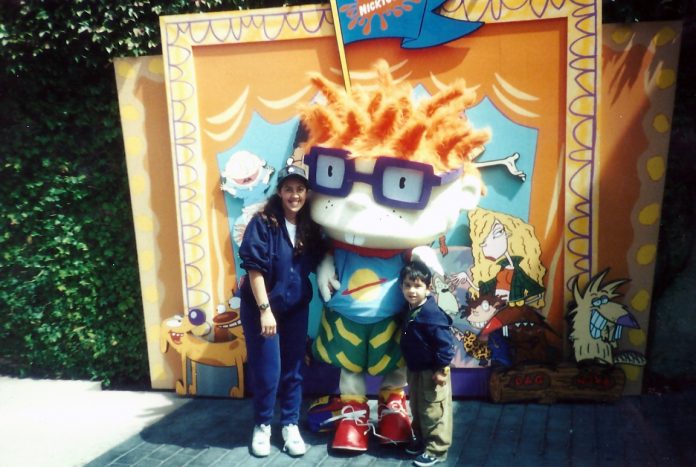 While guests would queue, a host would come out and ask the crowd trivia questions based on popular Nickelodeon shows. Those that answered correctly would be given the opportunity to pie a family member in the face. For a select few, they’d also be given the chance to participate in the show.

Once seated, the audience was split into two teams – red and blue. And as the games progressed, the teams would earn points and at the end one team would be declared the winner. The finale of the show featured a massive Nickelodeon blimp, featuring a connection to a reactor that would prevent a slime overload. Since this is Universal, it was almost a foregone conclusion that an overload would occur, with green confetti showering the audience. 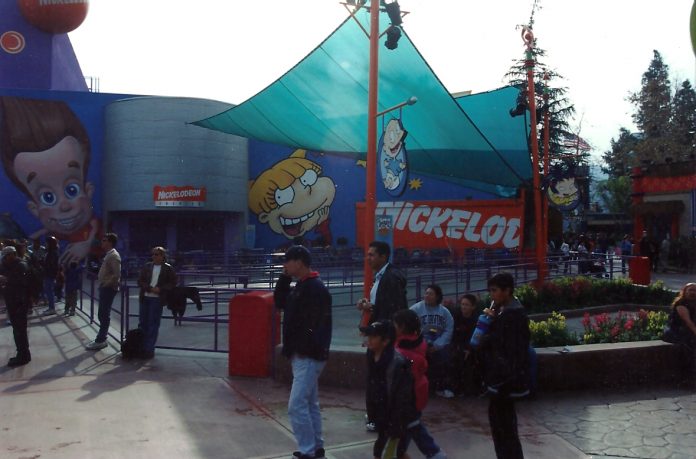 The show had a modest run, with constant adjustments to ensure its relevancy in the park. With the popularity of the Rugrats picking up, Universal converted Totally Nickelodeon and the surrounding area into a new play area and show. Since budget cuts during this era was the norm, Universal had been replacing live action shows – such as the Wild Wild Wild West Stunt Show – with cheaper, more automated experiences.

To help reinvigorate the Nickelodeon Brand and to compensate for the recent closures, Universal expanded the Nickelodeon footprint with the Nickelodeon Blast Zone, which included a water playground alongside dry playground for colder days. As a capstone to the new area, Universal created The Rugrats Magic Adventure. Based on Angelica the magnificent, Angelica – along with the help of Tommy, Chuckie, Phil and Lil – would perform magic tricks in the hopes becoming a world-class magician. 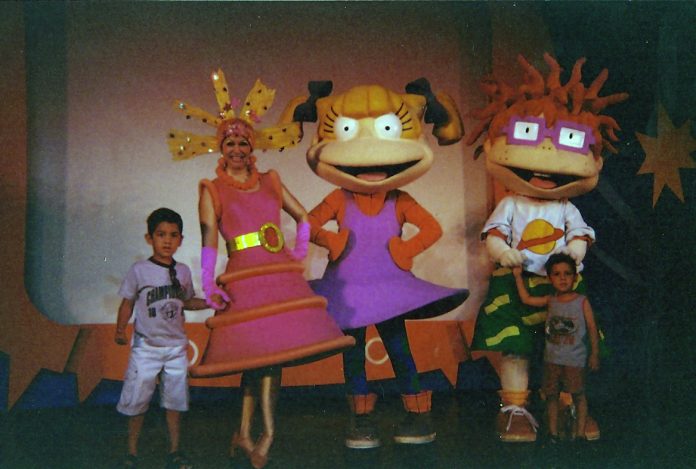 The show only catered to families and tourists and mostly operated on a seasonal basis.  Once Rugrats closed in 2001, the Panasonic Theater became the new home of a 3D attraction.

With tourism falling, Universal needed a franchise that would resonate with locals. With Shrek picking up steam, Universal opened Shrek 4D in 2003 as a low cost renovation to the theater.

Incidentally enough, Shrek would mark the first time since the late 1980s that the theater saw a major transformation. The theater’s seating was taken out in favor of individualized moving seats, and what was once the dressing room for Star Trek became the new pre-show area. 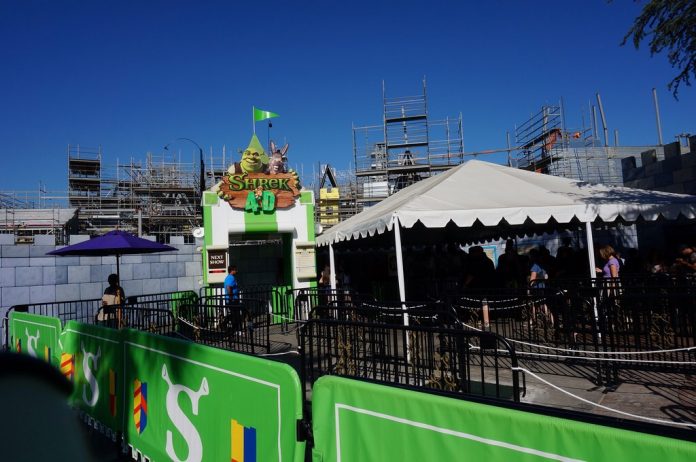 With Shrek 4D continuing the story arc of the original film, which also includes all the voice actors returning to their roles, the attraction allowed Universal to capitalize on a hot film (and later, franchise).

Unfortunately, not long after the attraction debuted, a DVD version of the film came out.  With the entire main show now available for sale, and eventually on Netflix, Shrek 4D’s pre-show remained as the only unique element of the overall film. 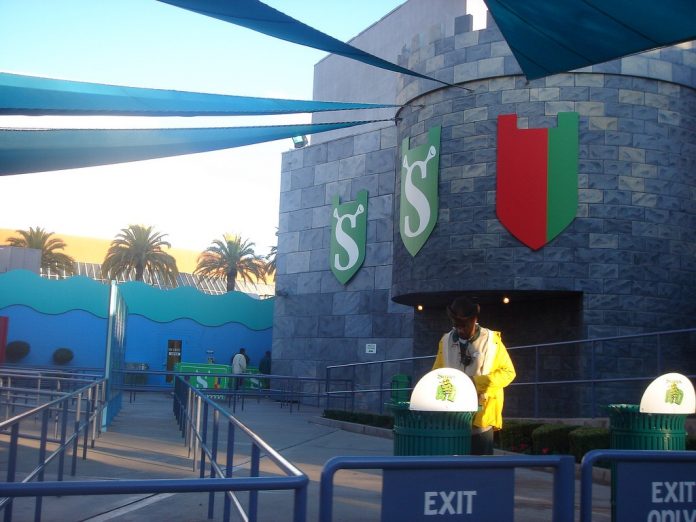 The venue eventually began to pull double-duty, as Shrek 4D’s queue was utilized for mazes at Halloween Horror Nights – including My Bloody Valentine, Nightmare on Elm Street, and La Llorona. The side of the theater, which was thematically set to New York Street, served as a scarezone location during the event as well. 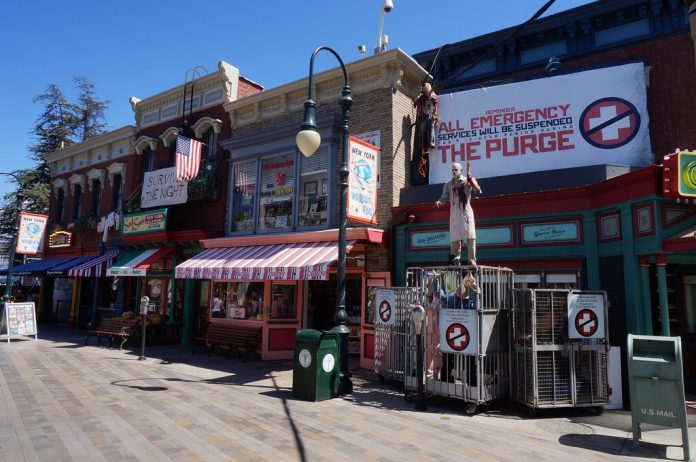 Fast forward to 2017 and we come upon the end of Shrek 4D and its 14 year run at Universal.

This theater, and its location, continues to survive; despite the Wizarding World’s footprint nearly encroaching onto the venue. On June 5, 2017 Universal announced that the theater would be re-branded to reflect NBCUniversal’s new ownership of DreamWorks Animation. The new art-deco theater is slated to offer guests an all-new, multi-sensory attraction based on the Kung Fu Panda franchise. Other DreamWorks franchises will eventually be rotated in on an ongoing basis, leaving the theater to re-imagine itself for seemingly years to come – furthering the history of the location.