On March 1, the Animation Studio Store at Universal Studios Hollywood officially opened to the public.

The newly-built 6,000 sq. ft. store features merchandise from Illumination, DreamWorks, Dr. Seuss, Scooby-Doo, SpongeBob SquarePants and “The Simpsons” and brings the presence of Sanrio and Hello Kitty to the park.

Universal Studios Hollywood was gracious enough to invite us out for an official visit to see the new store and try some of the baked-goods available in-store.

Jumping right into the in-store confectionery, guests looking to get their sugar fix will have the option to indulge themselves with goodies that are prepared fresh daily. Included on the menu is Hello Kitty, Chococat and Keroppi themed s’mores, and a variety of Hello Kitty themed fudge, cupcakes and caramel apples. 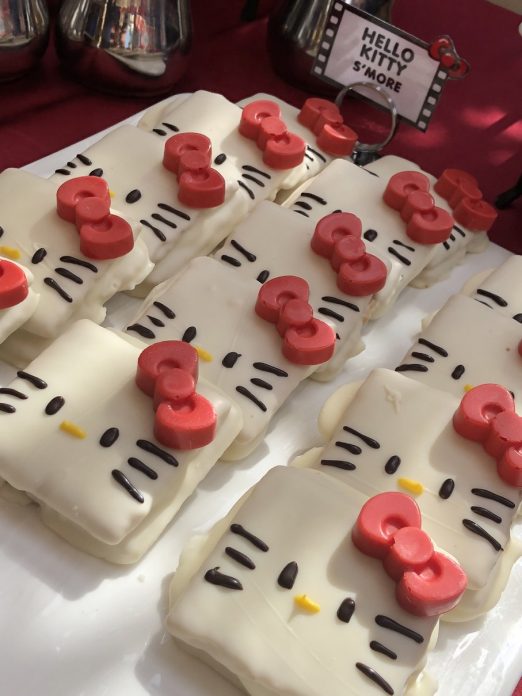 Featuring all kinds of accessories, clothing, and souvenirs from popular animated characters featured at Universal Studios, including the Minions and several of the DreamWorks characters. Also available is Sanrio-Universal exclusive merchandise, which incorporates Sanrio characters into classic Universal titles such as Jaws, E.T., Back to the Future and more, as well as the group enjoying a variety of Universal Studios Hollywood theme park attractions. They even have Hello Kitty Tervis tumblers, too! 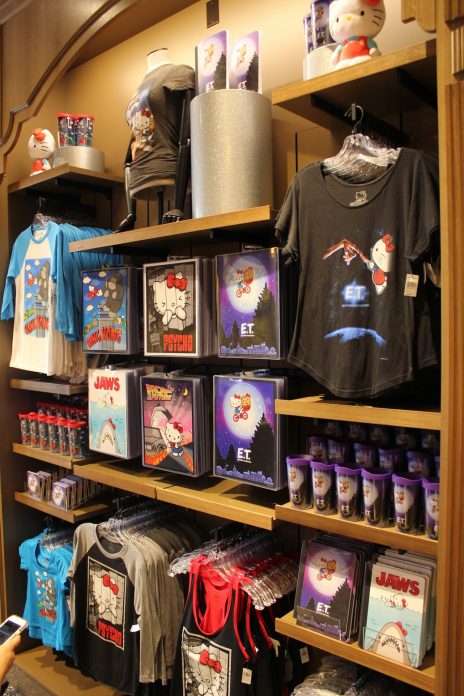 For a more personalized gift, there is the Hello Kitty Build-A-Bow display, which allows guests to customize their design from a selection of colorful bow options. Guests purchasing any Sanrio item will also receive a complimentary Hello Kitty Hollywood-themed temporary tattoo, which mirrors Sanrio’s ‘small gift, big smile’ philosophy that is demonstrated globally across all Sanrio’s retail stores and special events.

Hello Kitty herself will meet and greet with fans near a collection of Sanrio-themed topiaries that feature My Melody, Keroppi, and Chococat.

The store’s structure and theme draw inspiration from the California Mission revival architecture reminiscent of the Golden Age of Hollywood in the 1930s, and includes several popular characters integrated into some of the patterns and style. 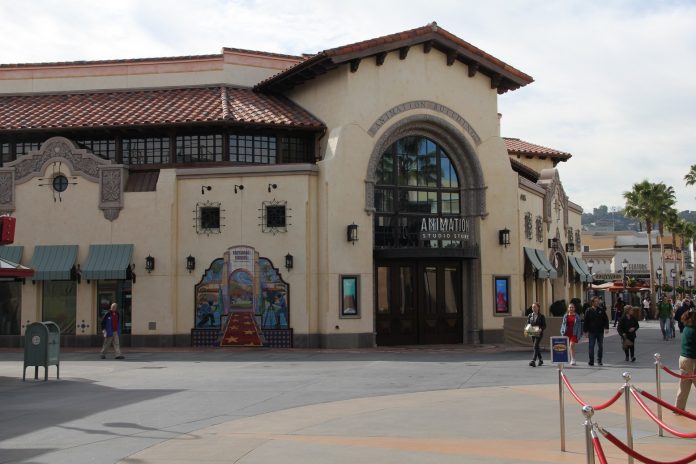 The Carl Laemmle outdoor courtyard situated adjacent to the Animation Studio Store pays homage to the filmmaking pioneer and founder of the Universal movie studio, letting guests sit in relax to unwind or eat a meal.

Once again, thanks to Universal Studios Hollywood for allowing to us to attend their preview. You can see more of our coverage from our visit last month during Passholder previews here.

Stay tuned to Inside Universal for more on Universal Parks & Resorts.