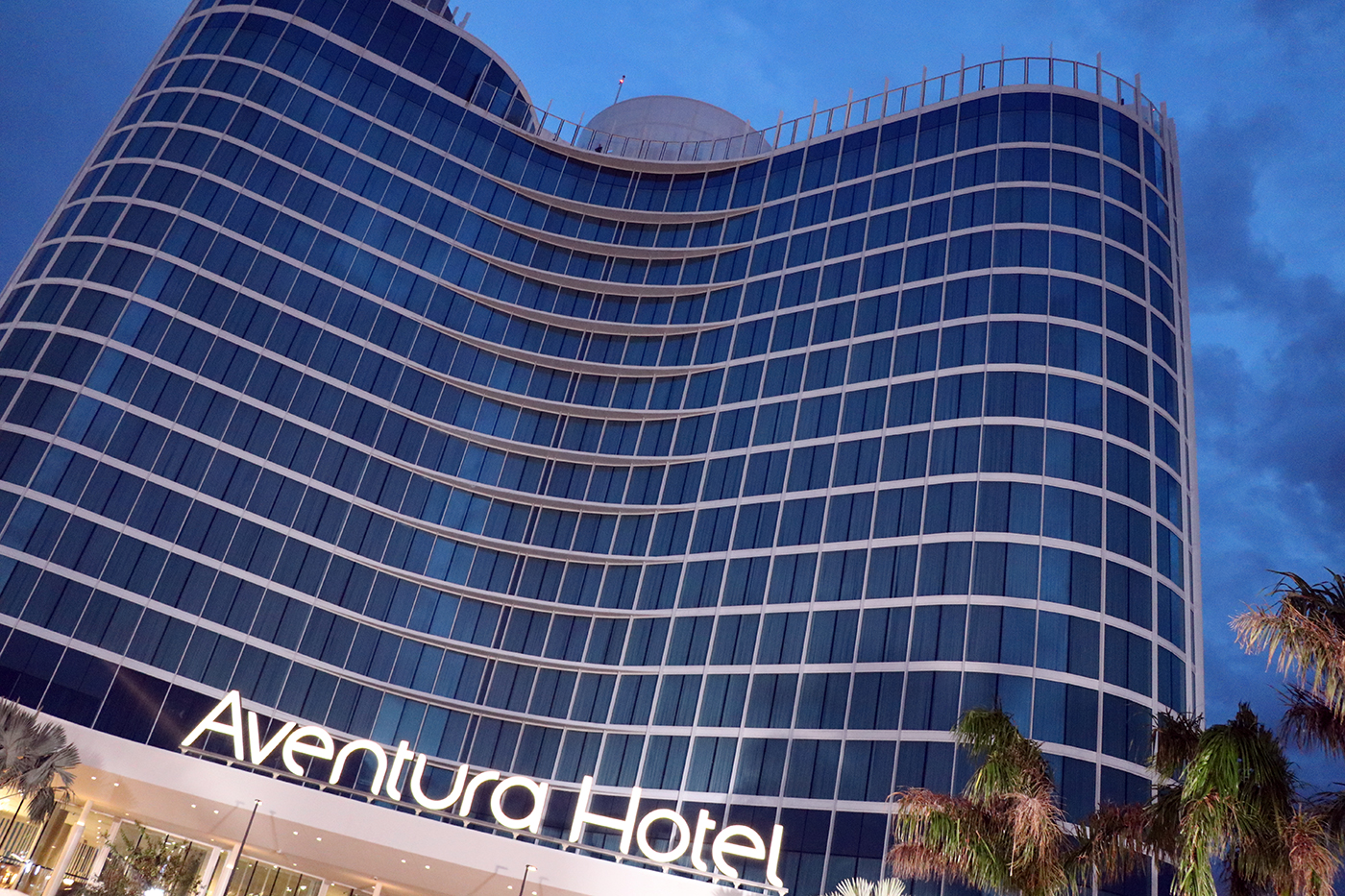 Universal Orlando invited members of the media to tour around and get a first look inside the new Aventura Hotel.

Once it officially opens on Thursday, Aug 16th, Aventura will be Universal’s 6th on-site hotel and be priced in the “prime value” category.

Universal Orlando initially approached the design of Aventura knowing that the hotel would occupy a tight footprint and need to be very tall. Liking the form of the new Towers at Cabana Bay, Universal wanted to replicate the success of that and create a “gateway” as guests enter through Adventure Way.

When designing past resorts, the goal for Universal was to have something unique at each location. With Portofino Bay, it offers the guests an upscale experience. Over at Cabana Bay, it was centered around playing in the pool areas. For Aventura, designers wanted to take advantage of the views, while offering something modern and sleek. Each room features floor-to-ceiling windows, which offers fantastic views around the Universal Orlando Resort and surrounding areas. The heart of the hotel, however, is the rooftop bar – Bar 17 Bistro, which offers breathtaking views of the area and offers a one-of-a-kind experience at the Resort. 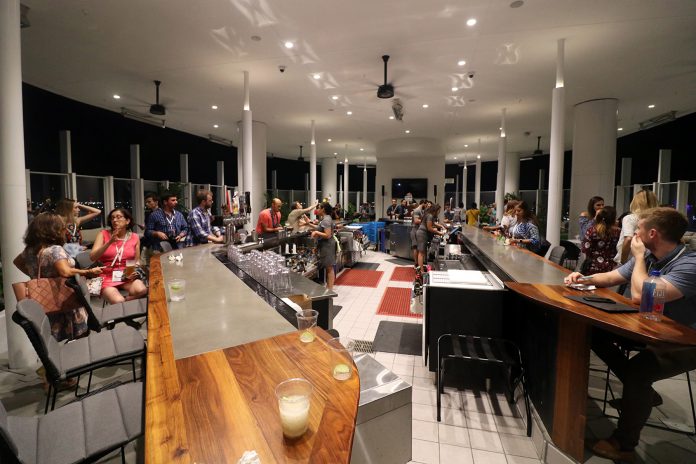 It is safe to say that Bar 17 Bistro will be one of the must-dos for the Resort, and will undoubtedly be very crowded during the initial months of opening; especially as Universal is encouraging those not staying on property to come to visit.

Although they didn’t have a full menu available, we were able to sample some of the items from the Urban Pantry – their main food fall. Instead of a traditional service restaurant, the Urban Pantry featured food stations that showcase different types of food offerings – Rotisserie, Pizza, Wok, and Burgers & Sandwiches. 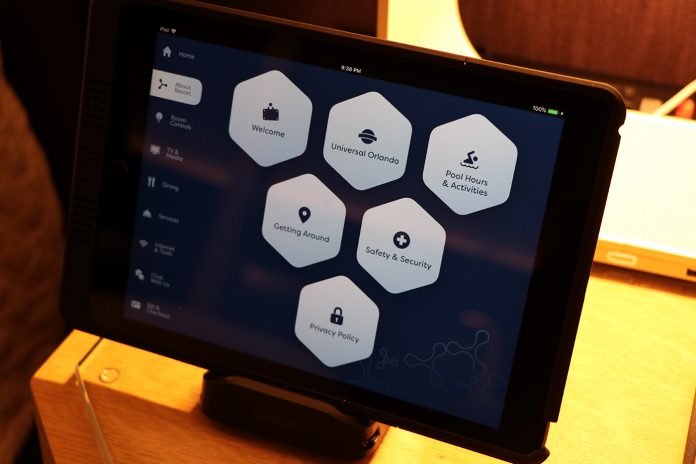 Each room features a tablet that controls your TV, the thermometer, the lights, and order room service.

Universal acknowledged the difficulties of forecasting technology, as it’s always evolving by the day. With that in mind, the hotel’s infrastructure was designed to be flexible so technology can be updated and/or switched easily and make sure they can keep ahead of the curve.

While we did not stay the night at the hotel, we were able to tour several rooms guests will be able to book – a standard room, the deluxe room, and the Kids Suite. Once again, it must be stated that the views are fantastic, and are a huge selling point of this hotel. With that said, the rooms can be a bit tight – specifically the Kids Suite; but we found the Deluxe Room to be a star, and, potentially, one of the best rooms to book on property.

If there’s any real criticism to levy against the hotel – it’s the pool area, which is a little small, but understandably so. With Volcano Bay across the way, and Sapphire Falls and Cabana Bay offering huge pools within walking distance, it would make sense for Universal to focus their efforts on creating more space elsewhere. There are strengths however within the pool area, as the outside bar – Sol Bar – offers a very chill atmosphere with a unique drink menu; and with the firepit close by, it should be a hit during the colder months.

While Aventura does look pretty and clean, it may be a little too “clean” in certain areas; lacking a pop of color, but that is only a small gripe. However, it all comes down to personal tastes on the “modern” look. Universal admittingly understands that the hotel doesn’t have an “outright theme” compared to the other Resorts on property and may not appeal to everyone. The goal was to diversify their hotel line-up, and Aventura is definitely one of the most unique hotels they offer. 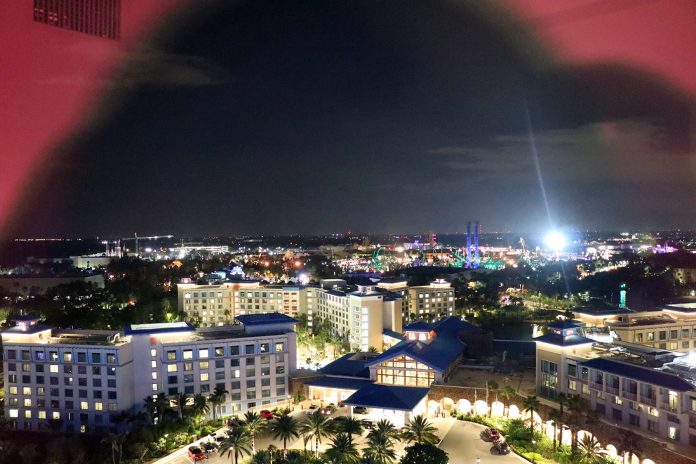 Aventura marks the end of an era, of sorts, as it occupies the final piece of undeveloped real estate on the original Universal campus. Universal’s next hotel, the Endless Summer Resort, is currently being constructed on the former Wet ‘n Wild plot on International Drive.

Universal continues to expand their Resort and diversify their line-up with stellar and unique hotel offerings; with Aventura, it’s all about simplicity and views. If you’re all about hitting the parks and going straight back to your hotel to relax, Aventura should be a must-book, especially at the price point. 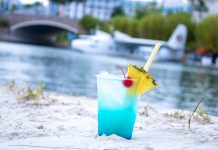