This year’s Halloween Horror Nights at Orlando and Hollywood is going all-in with Stranger Things and will feature specialty food & drink inspired by the hit TV show.

The specialized foods were created by the executive chef and culinary teams at each park to further enhance the already immersive “Halloween Horror Nights” experience.

Over at Universal Studios Hollywood, here’s what guests can expect to try during Horror Nights:

Additional treats will be served throughout the theme park including Mini Meatball Subs, Loaded Mac ‘n’ Cheese, and Stir Fry Noodles as well as Voodoo Doughnuts.

1 of 6
Universal Orlando’s Halloween Horror Nights will feature the most themed menu offerings in event history, including new food and beverages inspired by the 1980s theme of this year’s event in addition to the Stranger Things goodies.
There are a variety of waffle options at this year’s event, inspired by Eleven’s love of waffles. The different waffle treats guests can enjoy include:
Other Stranger Things-inspired food includes Christmas Tree Lights Cupcakes and “11” Mini-Donuts. 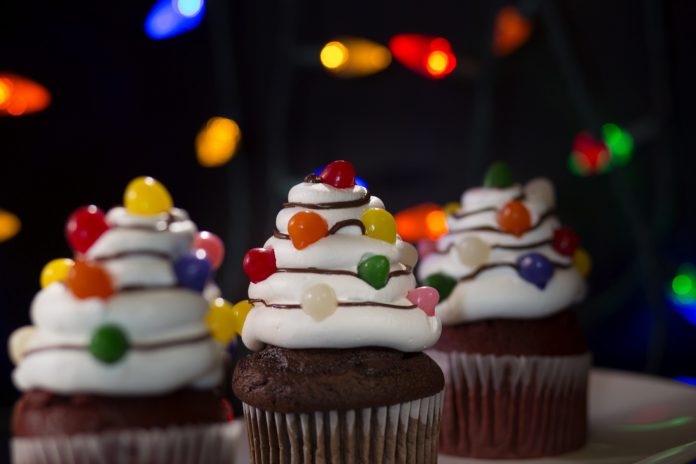 There will also be a food location Benny’s Burgers – named after the diner in season one – in the New York area of the park. Here you’ll find cheeseburgers, hamburgers and chicken sandwiches, all served with a side of fries. You can also find the return of the Fiery Onion Ring Burger at Mel’s Drive-In, the Chili Garlic Chicken Sandwich at Richter’s in San Francisco, and Pizza Fries at KidZone Pizza Company.
Voodoo Doughnut is getting in on the Horror Night fun and will offer their very own signature doughnut – Halloween Horror Nights Tombstone. The doughnut is filled with raspberry Bavarian cream, and features cookie crumble dirt and green grass sprinkles. 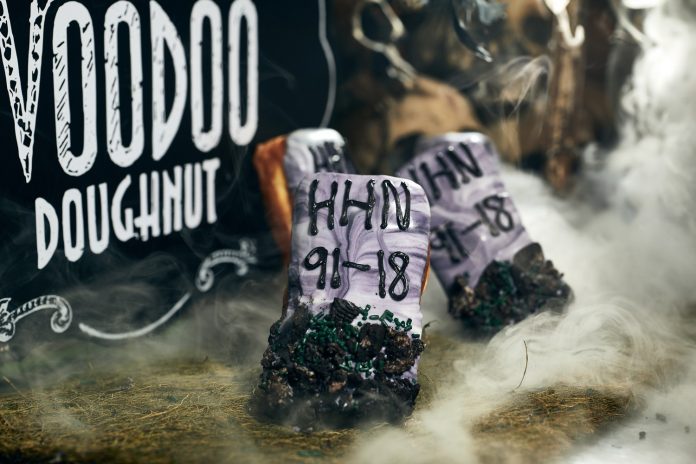 On the beverage side – you can choose from three new Halloween Horror Nights signature drinks, inside the blinky cup with the twisty straw.

You’ll also find a wide variety of beer and wine at the drink tents this year, and can visit the full bars like Chez Alcatraz and Finnegan’s for your mixed drinks. 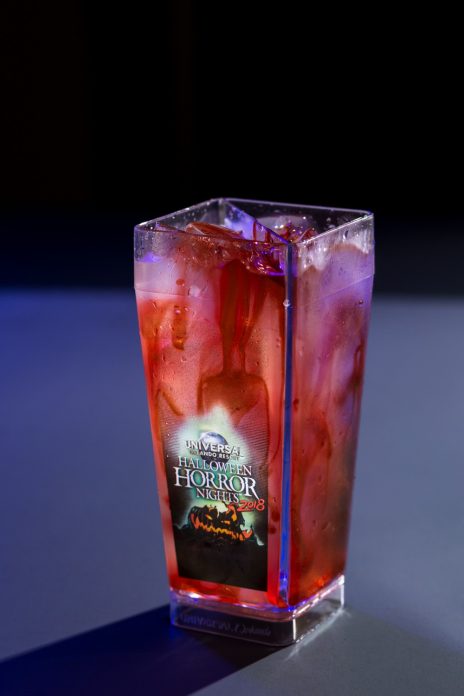 There are also two new non-alcoholic frozen beverages; Syrup & Waffles, which was inspired by “Stranger Things”, which is a blend of those known breakfast flavors with tiny waffles on top. Also available will be Candy Corn. The bottom layer is toasted marshmallow; the middle is your traditional candy corn flavor, and the top is whipped cream with sprinkles. The frozen beverages can be found at two locations: New York area at the Gramercy Popcorn stand and the food and drink stand near the front entrance of Universal Studios.

There are also going to be new Coke Freestyle flavors available, as well as a variety of mugs including the all-new Frequent Fear mug.

Halloween Horror Nights begins on Friday, September 14, on both coasts.