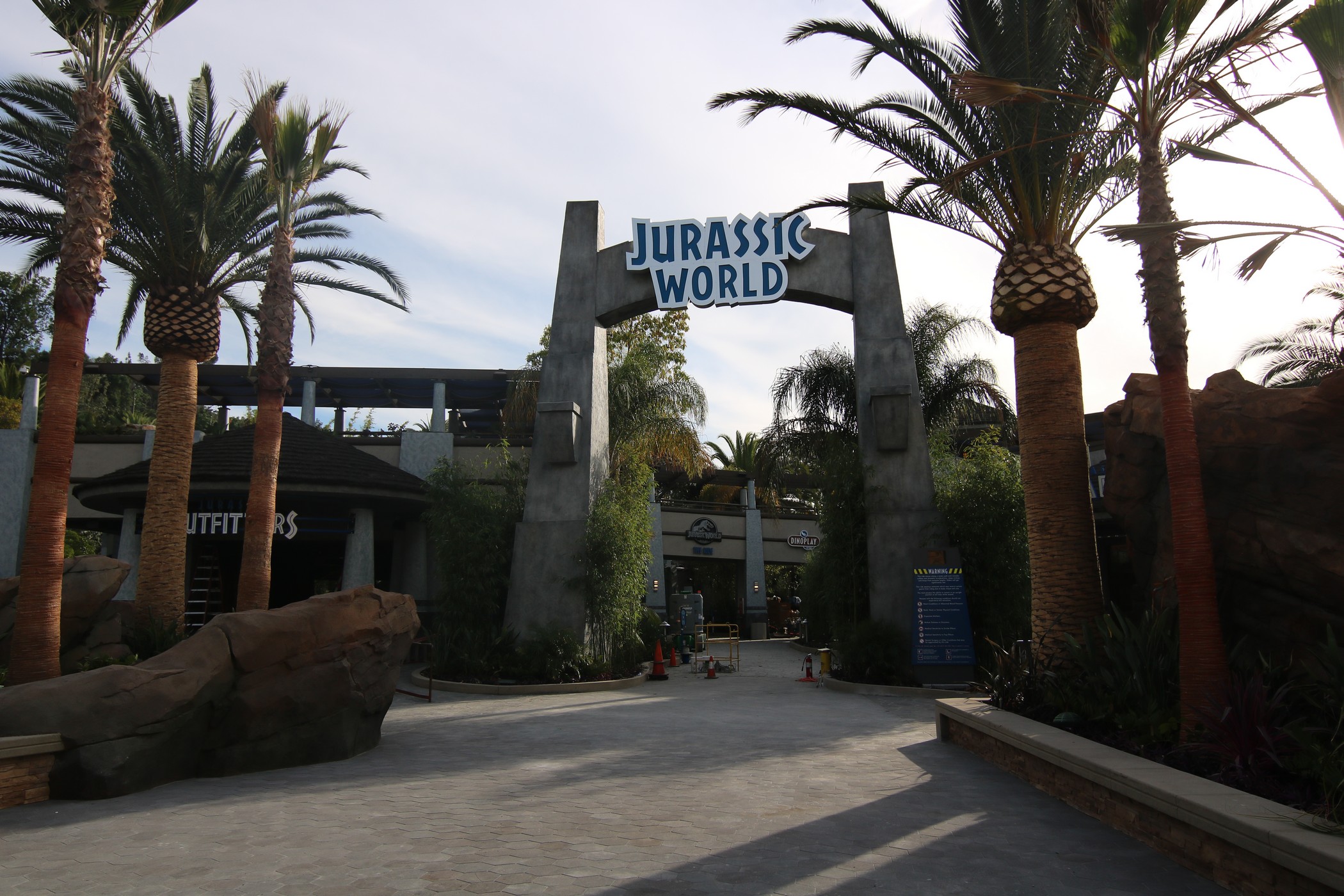 “Life finds a way” as Jurassic World: The Ride and its surrounding area come to the end of their 9-month refurbishment transitioning the themeing from that of Jurassic Park to the hit Jurassic World franchise. Though the mini-land will still look familiar to fans and guests alike who have visited prior to the renovation – as the structural framework still remains the same for the most part – Jurassic World sports a new, refreshing look inspired by the first film that will not fail to satisfy.

The most noticeable change to the area at first glance is evidently the cool tones of its new color scheme. Instead of opting for the sleek, modern look of the Jurassic World theme park depicted in the films, the mini-land repurposes and likewise revitalizes its innate, Jurassic Park-style architecture to create something of its own. Greys, blues, subtle browns and beiges, and even some hints of red now dominate the infrastructure, giving the entire area a fresh look straying from the aesthetic of the Jurassic Park films. 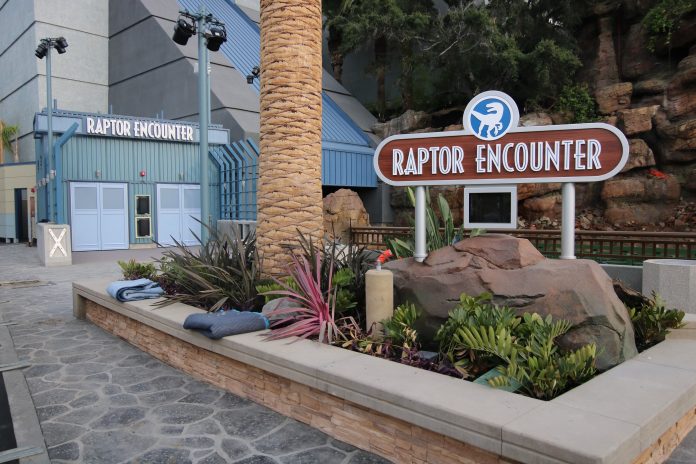 Looking slightly more in-depth at the area, new copper-toned rock formations mostly engulfed by stone planters have been placed throughout in random arrangements, though add an impeccable touch of life and completeness that has never been in the land before. Only building upon this newfound element is the modified audio loop playing in the background of it all. Rather than simply switching out the iconic Jurassic Park theme in favor of Jurassic World’s similar though added-upon score, dinosaur noises, chirping birds, and the steady rhythm of the waterfall at the splashdown transport guests straight to the living, breathing island of Isla Nublar from the films, creating the illusion that there truly are real-life dinosaurs all around – hiding just out of view beyond the iconic arch. Fans of the Jurassic Park score have no need to fret, however: near Jurassic Café, the triumphant music from the film can still be heard. 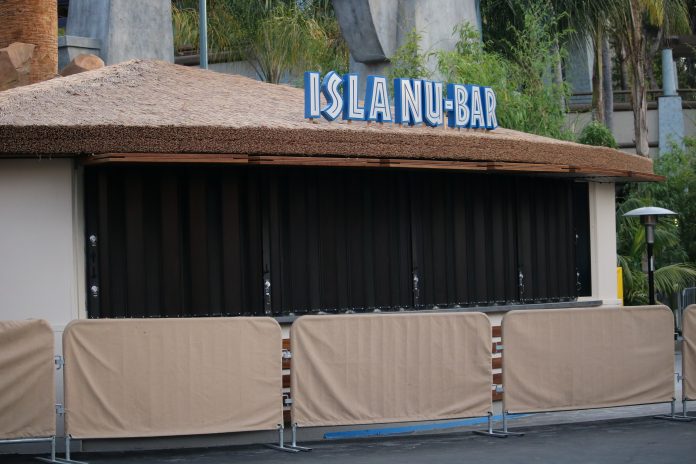 All establishments in the Jurassic World area still remain closed-off from guests, though it appears that the gift shop located at the exit of the ride – Jurassic Outfitters – as well as the land’s sole quick-service restaurant – Jurassic Café – have retained their previous names and will remain mostly the same aside from a handful of modified Jurassic World elements, selling all sorts of Jurassic World merchandise and serving eating options inspired by the films, respectively. Though with the loss of the Jurassic Falls beverage stand comes the introduction of a new mini-bar titled in homage to the infamous setting of the films: Isla Nu-Bar. Located just outside of Jurassic Café, this casual, counter-service bar will serve alcoholic beverages, though no specific details regarding its selection have been revealed yet. On a similar note – for those who may be unaware – the Raptor Encounter has also received a new building and permanent location just to the left of the splashdown from the ride, providing a more scenic background for the meet and greet. 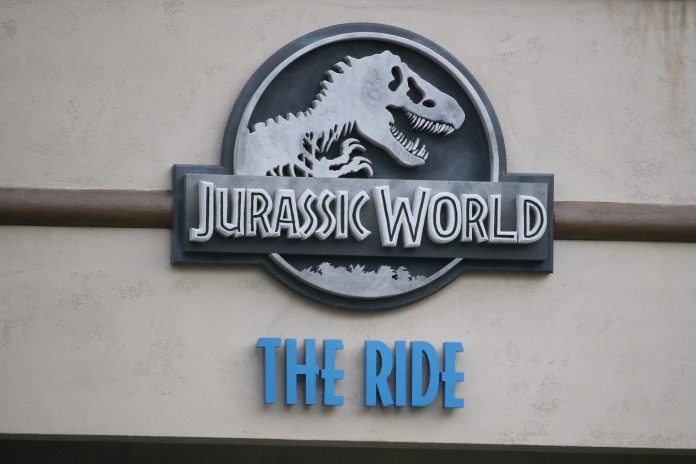 Guests will enter Jurassic World: The Ride itself through an aged grey arch inspired by the one in the film, though beyond that, the changes made to the water ride remain widely unknown, for the ride is currently still unopen to the public and without an official opening date announced as of this update.

For continuing coverage and updates on all things Jurassic World at Universal Studios Hollywood, be sure to follow Inside Universal here and on social media.