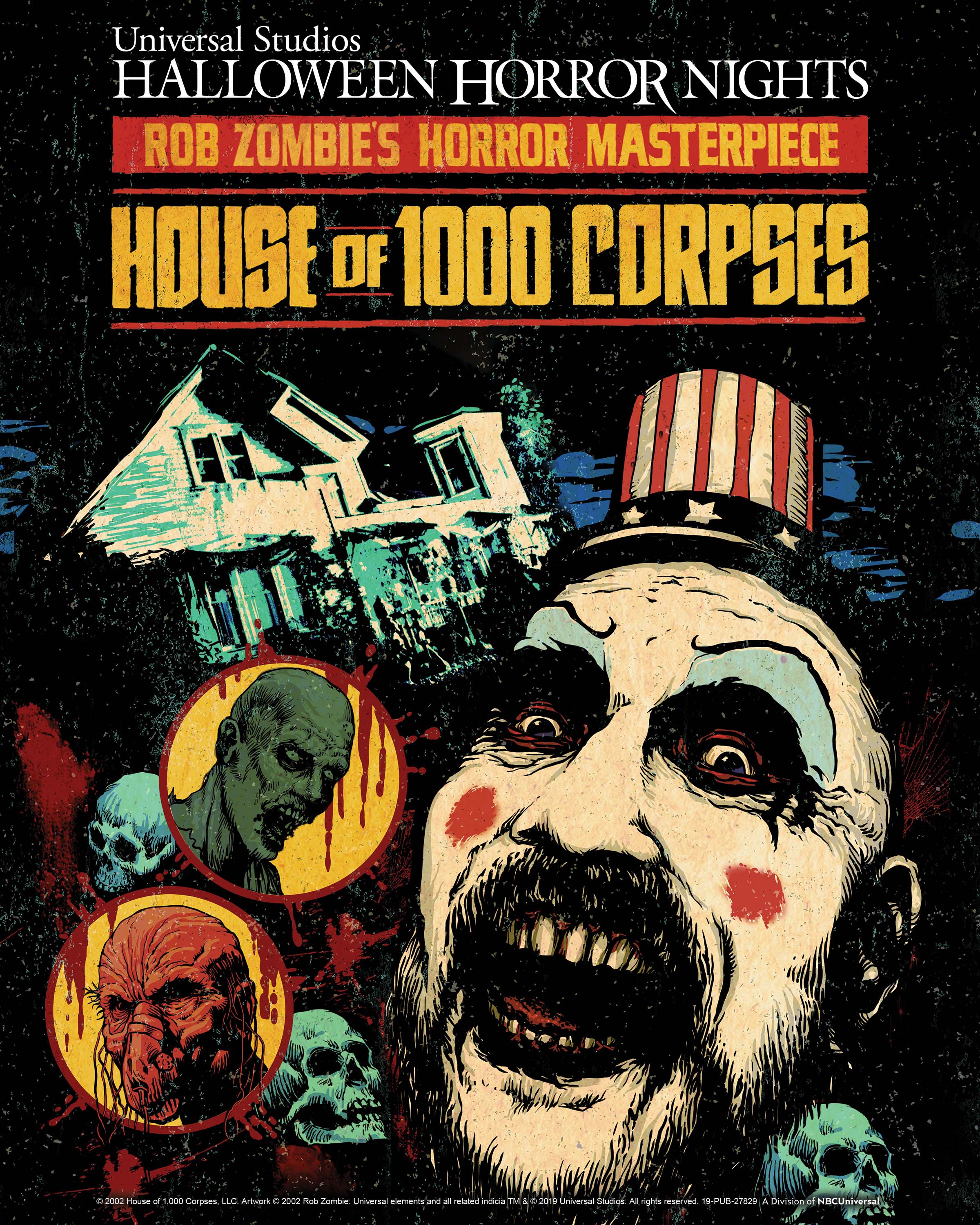 Universal Parks has announced that House of 1000 Corpses will be featured as a haunted house at this year’s Halloween Horror Nights at Universal Studios Hollywood and Universal Orlando.

Based on Rob Zombie’s 2003 film, the terrifying mazes bring to life the movie’s offbeat roadside tourist attraction, Captain Spaulding’s Museum of Monsters and Madmen, and introduces guests to some of the country’s most infamous serial killers, including Dr. Satan, a demented surgeon who has gone mad.

Without a moment to catch their breath, guests will venture to the chaotic home of the Firefly family, a sadistic clan of psychotic killers, where the psychosis deepens and the depraved thrive. It is a chilling journey into the netherworld of terror that weaves its way through a cavernous network of dark tunnels within the bowels of the house.  Populated by the degenerate victims of Dr. Satan’s debauched operations, legions of tortured creatures shuffle about as Dr. Satan continues his twisted medical practice, eagerly awaiting a new installment of victims.

House of 1000 Corpses has a bit of interesting history at Horror Nights. A haunted house originally preceded the film, first appearing in 2000 in Hollywood. Since then, the film has been featured 2 more times, with the last appearing in 2011.