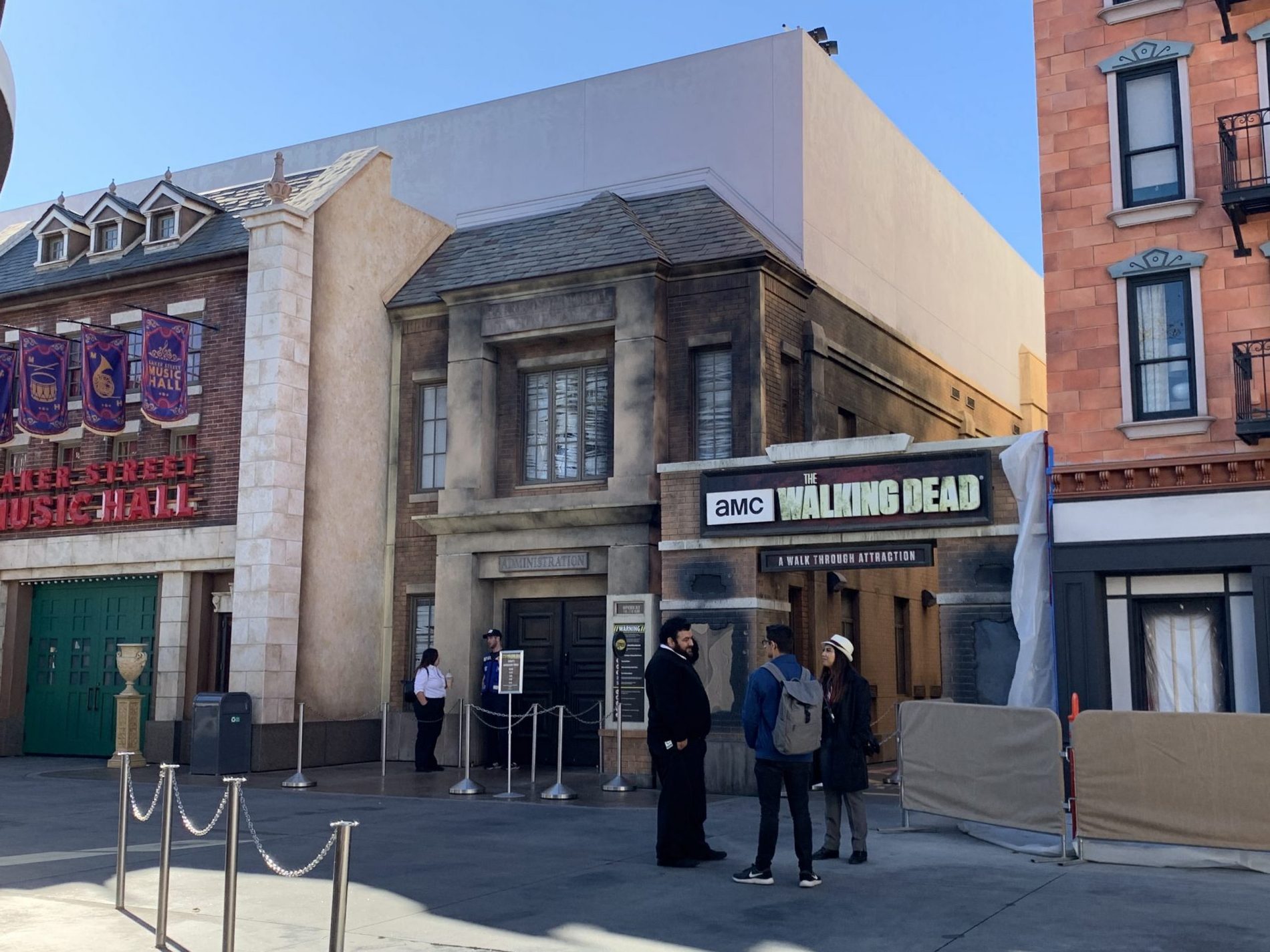 Universal Studios Hollywood has confirmed that The Walking Dead Attraction will close on March 4.

From a Universal Studios Hollywood spokesperson – “After many years of thrilling guests, ‘The Walking Dead’ attraction will close on March 4. The area, now referred to as Pets Place, has been reimagined to accommodate the arrival of the new ride, ‘The Secret Life of Pets: Off the Leash!’ We look forward to the return of ‘The Walking Dead’ as a focal point in our slate of Halloween Horror Nights mazes this fall.”

It would appear that even though The Walking Dead Attraction is closing in a few weeks, the attraction will return in some form for one last run at this year’s Halloween Horror Nights.

Inside Universal has learned that The Walking Dead Attraction, the year-round walk-through haunted house, is set to close March 3.

The attraction originally opened in 2016 after replacing Universal’s House of Horrors, another year-round walk-through haunt, and has been featured at Halloween Horror Nights as part of the event’s lineup.

The attraction is located in the Upper Lot of Universal Studios Hollywood, neighboring the almost-completed Secret Life of Pets: Off the Leash, set to open this Spring.

We can speculate that the walk-through’s proximity to Secret Life of Pets undoubtedly presented an issue – especially as Universal transforms the area from Baker Street to Pets Place and connecting the family-friendly Illumination Entertainment properties. In addition, The Walking Dead’s popularity certainly has waned since the attraction opened in 2016.