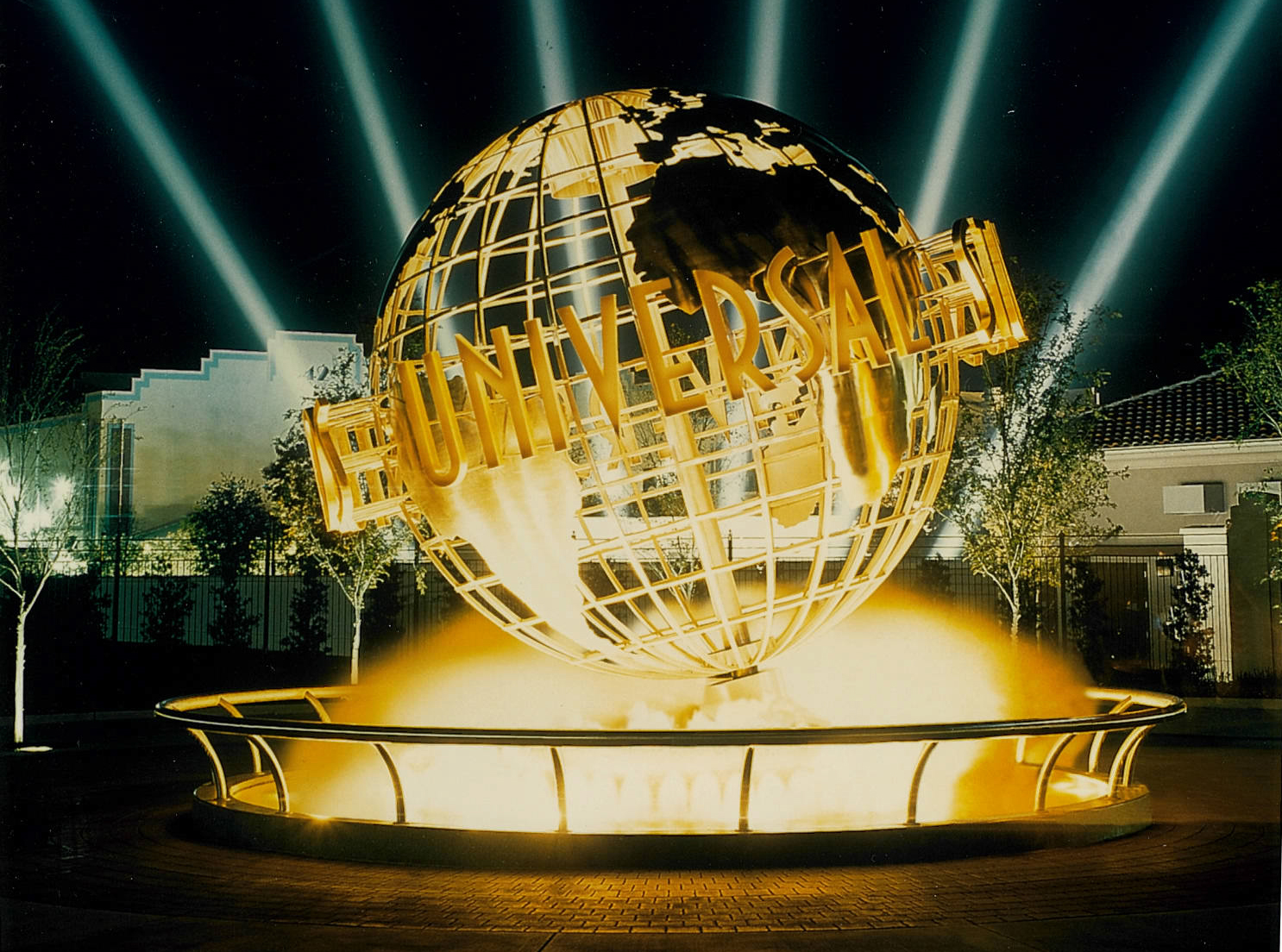 Today, Universal Studios Florida turns 30 years old. Officially opening on June 7, 1990, the park has become a staple in Orlando’s tourism district. To celebrate 30 years, let’s take a look at the history of the park, from development and all the way to today.

“The beauty of our Florida property is that it’s just blank – we can plan this tour from the ground up with our guests in mind.” – Gordon Armstrong, executive vice president of MCA Recreation Services

After the success of Universal Studios Hollywood and the popularity of the Studio Tour, Lew Wasserman, CEO of MCA Inc, (the then-parent company of Universal), and Sid Sheinberg, President, wanted to bring a theme park and working studio to Florida and have it become “Hollywood East”.

The road to building the park certainly featured some dramatic turns of events. Famously, in July, 1981, Jay Stein, president of MCA’s Recreation Services, visited Paramount Studios to discuss the theme park project, hoping to secure a financial partner for the venture. Stein shared a grand vision that might one day become Universal Studios Florida to the president of Paramount – Michael Eisner – who eventually went on to become CEO of The Walt Disney Company in 1984.

Eisner hoping to discourage the Universal team from proceeding and taking a share of his market, put everything on the fast track to develop a studio of their own in Orlando – Disney’s MGM Studios. Universal execs were convinced Eisner had stolen their ideas. With a lack of a financial partner, along with Eisner’s alleged underhanded move, the project would become dormant.

In Spring 1986, show designer Peter Alexander of the Totally Fun Company was in the midst of working on the King Kong animatronic that was set to be installed as part of the Studio Tour in Hollywood’s park. Coincidentally, Steven Spielberg happened to drop by the sound stage during a test animation of Kong. Impressed, Spielberg immediately got in touch with Sid Sheinberg and after some discussions – the famous director became Creative Consultant and the Florida plans were reborn.

On Dec. 9, 1986, MCA Inc., the parent company of Universal, was joined by Canada’s Cineplex Odeon Corp., to announce Universal Studios Florida was coming to Orlando. Construction began on the 414-acre site with a planned December 1989 opening.

MCA/Universal was very confident encroaching on Disney’s turf in Orlando. At the time, the studio had produced two of the biggest hits of all time, E.T. – The Extra-Terrestrial, and The Sting – and were coming on the heels of the success of Back to the Future. MCA Television hits included Miami Vice and Murder, She Wrote, which consistently ranked in the top 10 television programs. In addition, the popular kids network, Nickelodeon, bought soundstage space at Universal Studios Florida to make their very first studio dedicated to their productions in 1988.

On June 7, 1990, Universal Studios Florida opened with twelve major attractions (double the number of “rival” Disney-MGM had on opening day.) The opening day festivities included guest stars like Jimmy Stewart, Anthony Perkins, Sylvester Stallone, Michael J. Fox, Angela Lansbury, Roy Scheider, and Charlton Heston. The attraction line-up featured popular attractions such as the ET Adventure, Jaws, Earthquake, and Kongfrontation – however, there were some opening day glitches, and a lot of the rides experienced technical difficulties throughout the day. Guests were upset, with long lines forming at Guest Services; eventually receiving a complimentary ticket to return. Despite initial hiccups, Studios went on to find its footing and have a successful first year.

On the production side, thirteen feature films were filmed or scheduled for production. Films such as Parenthood, Problem Child 2, and Psycho IV would be filmed on the streets of the theme park. Hundreds of television episodes were filmed and produced as well, including production for Nickelodeon and Swamp Thing.

Although Jaws would go down for a complete overhaul due to constant breakdowns, Back to the Future: The Ride opened to guests on May 2, 1991, to rave reviews. 1991 also saw Universal debuting a 3-night Halloween event – Fright Nights, which would go on and become the popular Halloween Horror Nights event.

The park remained consistent during its infancy, adding attractions and experiences like The Blues Brothers Show, Beetlejuice’s Rock and Roll Graveyard Revue, and the eventual reopening of Jaws in 1993. The attraction, now with an entirely new ride system, wowed guests – and boosted Universal’s line-up.

However, Universal would begin to transition away from the “working studio” in 1995 as the Production Studio Tour, which took guests around the park and various sound stages, closed. While film and tv production would still take place, it was the first step towards becoming just a theme park. During this time, MCA, Inc, would be bought out by The Seagram Company, Ltd. – the first of several ownership changes to come over the next decade.

Universal continued to push the limits of theme park attractions with the opening of T2: 3D- Battle Across Time in 1996. With a total run time of 12 minutes, the film alone cost $24 million, making it one of the most expensive films per minute in the world. The attraction was the park’s first big investment since opening and was a huge success.

Sadly, 1996 also saw Universal closing several opening day attractions with Ghostbusters Spooktacular closing in November 1996 to make way for Twister: Ride it Out!, and Murder, She Wrote Mystery Theatre was closed due to the show’s cancellation. By 1998, The Bates Mansion Set, which was used for the production of Psycho IV, was demolished to make way for the Curious George Goes to Town play area.

Universal Studios was thriving as a singular park, but plans were always in play for an expansion to a multi-day destination. In 1999, Universal would add hotels, an entertainment district, and a 2nd theme park – and thus, Universal Studios Escape was born.

Many guests were confused by the “Escape” brand, not understanding that Universal was now a multi-day resort, just like competitor Walt Disney World. By 2002, the Escape name was dropped to the much simpler “Universal Orlando Resort”.

While Islands of Adventure was seen as a huge success, the resort was negatively impacted by a series of events, most notably the 9/11 terrorist attacks. Tourism as a whole was impacted and took several years to recover. Universal ownership changed hands several times as well; with The Blackstone Group acquiring 50% interest in the Resort, followed by mass media conglomerate, Vivendi, merging with Universal’s parent company, Seagram. Different parent companies meant different leaders, and that meant different visions on how to grow the Resort moving forward. Due to financial troubles, Vivendi sold off plots of land that were planned for future expansions. In 2004, General Electric acquires Vivendi Universal and merged the company with NBC to become NBC-Universal.

It is believed that Universal relied on their seasonal events to help during these rough times. Mardi Gras and Macy’s Holiday Parade grew in popularity, but most importantly, Halloween Horror Nights also continued to grow – becoming a nationally recognized premier event.

The new decade also saw the closures of several beloved attractions, marking Universal’s evolution away from their established franchises, instead choosing to focus on the blockbuster films of today. Kongfrontation, one of the anchor attractions that helped make Universal Studios a reality, closed in 2002. Despite the sadness from fans, its replacement, Revenge of the Mummy, opened in 2004 and was positively received. Based on 1999s The Mummy reboot, the attraction brought thrills within a unique dark ride/coaster experience.

Kongfrontation’s closure was just the start, though. The following years saw the closures of many opening day attractions; including The Wild Wild Wild West Stunt Show, The Funtastic World of Hanna-Barbera, Alfred Hitchcock: The Art of Making Movies, and Nickelodeon Studios. In 2008, Earthquake: The Big One became Disaster, and while it kept many of its predecessor’s elements, the soul of the original was gone. Back to the Future: The Ride, the other anchor for creating the Florida theme park, closed to make way for The Simpsons Ride. By now, Universal’s M.O. shifted completely away from a working studio and all-in on being a theme park.

As the decade came to a close, a massive recession hit, which impacted theme parks and tourism once again and putting Universal’s future in question. With leadership changes, two worldwide economic hits – Universal swung for the fences and acquired the theme park rights of the Harry Potter franchise.

As we approached Universal’s 20th Anniversary, the announcement of the Wizarding World of Harry Potter opening at Islands of Adventure set Universal up for a massive rebound. Before closing out 2009, media company, Comcast, announced its intent to acquire a majority stake in the media conglomerate NBC Universal from General Electric, and Comcast was looking to invest heavily in the theme parks.

Universal went all-in on the Wizarding World. Though the chances of failure were slim, had it not been a success, Universal was in trouble. Despite the odds being in their favor, it was a gamble – and the gamble paid off in ways they never even imagined. Demand for Potter was insane, with guests waiting hours to just enter Islands of Adventure, before waiting more hours just to enter the land.

The Wizarding World was a success in every way possible and was critically lauded for its evolution of theme park design, as well as merchandise options and themed food & drink. How popular was the Wizarding World? Urban legend says the sales of Butterbeer alone paid off the investment of the Wizarding World by year’s end. (We don’t think it’s true, but makes for a good story).

attraction. As we move into the 2nd half of 2020, Universal is getting ready to open The Bourne Stuntacular, which replaced T2: 3D.

It’s undeniable that Universal Studios Florida has evolved, with only 3 attractions from Opening Day still around – The ET Adventure, Animal Actors On Location, and the Horror Make-Up Show. There was a huge risk opening a studio-based theme park in Orlando, not only because of the inherent gamble of opening a studio somewhere not “Hollywood” but also because of the nearby competition – and it paid off. Universal is showing no signs of stopping, with a new theme park on the way – buying back the land they once sold off in the early 2000s. With 30 years down, we can only speculate as to what the next 30 years could bring. Streaming, YouTube & social media, and instant sharing are the dominant forms of medium right now. How will Universal evolve as our forms of entertainment do? Will they continue to focus on the here and now, or will they dip into the nostalgia well? Either way, we’re here for it.

Brian Glenn - August 12, 2020 0
Universal Orlando is making a couple of limited-time changes to its Premier Annual Pass benefits to make up for some of the lost benefits...

SeaWorld Orlando to hold Celebration of Sharks during Shark Week

Brian Glenn - August 11, 2020 0
SeaWorld Orlando is hosting a week-long Celebration of Sharks from August 9 to August 16 as Discovery Channel holds its annual Shark Week programming. Included...
© 2019 - All Rights Reserved - Inside Universalis not affiliated with Comcast, NBCUniversal, Universal Parks & Resorts, The Walt Disney Company, The Blackstone Group or SeaWorld Parks & Entertainment. You may not copy, redistribute, publish, sell, or otherwise make the original contents of this website available to third parties unless you have received prior authorization from Inside Universal.
This website uses cookies to improve your experience. We'll assume you're ok with this, but you can opt-out if you wish.Accept Read More
Privacy & Cookies Policy